Give me back my footway

John Dales is a streets design adviser to local authorities around the UK, a member of several design review panels, and one of the London mayor’s design advocates. He is a past chair of the Transport Planning Society, a former trustee of Living Streets, and a committee member of the Parliamentary Advisory Council for Transport Safety. He is director of transport planning and street design consultancy Urban Movement. Tweet John @johnstreetdales 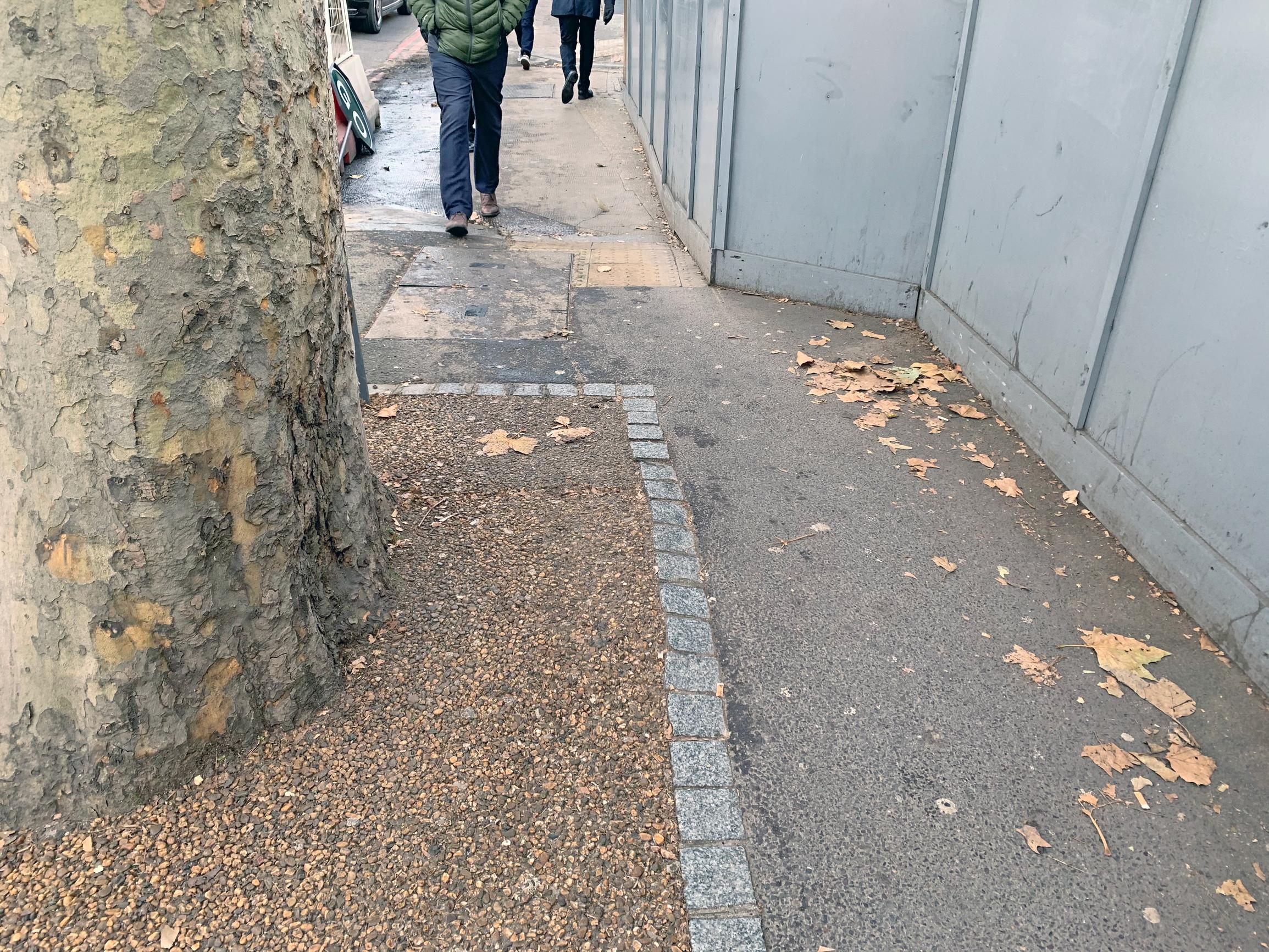 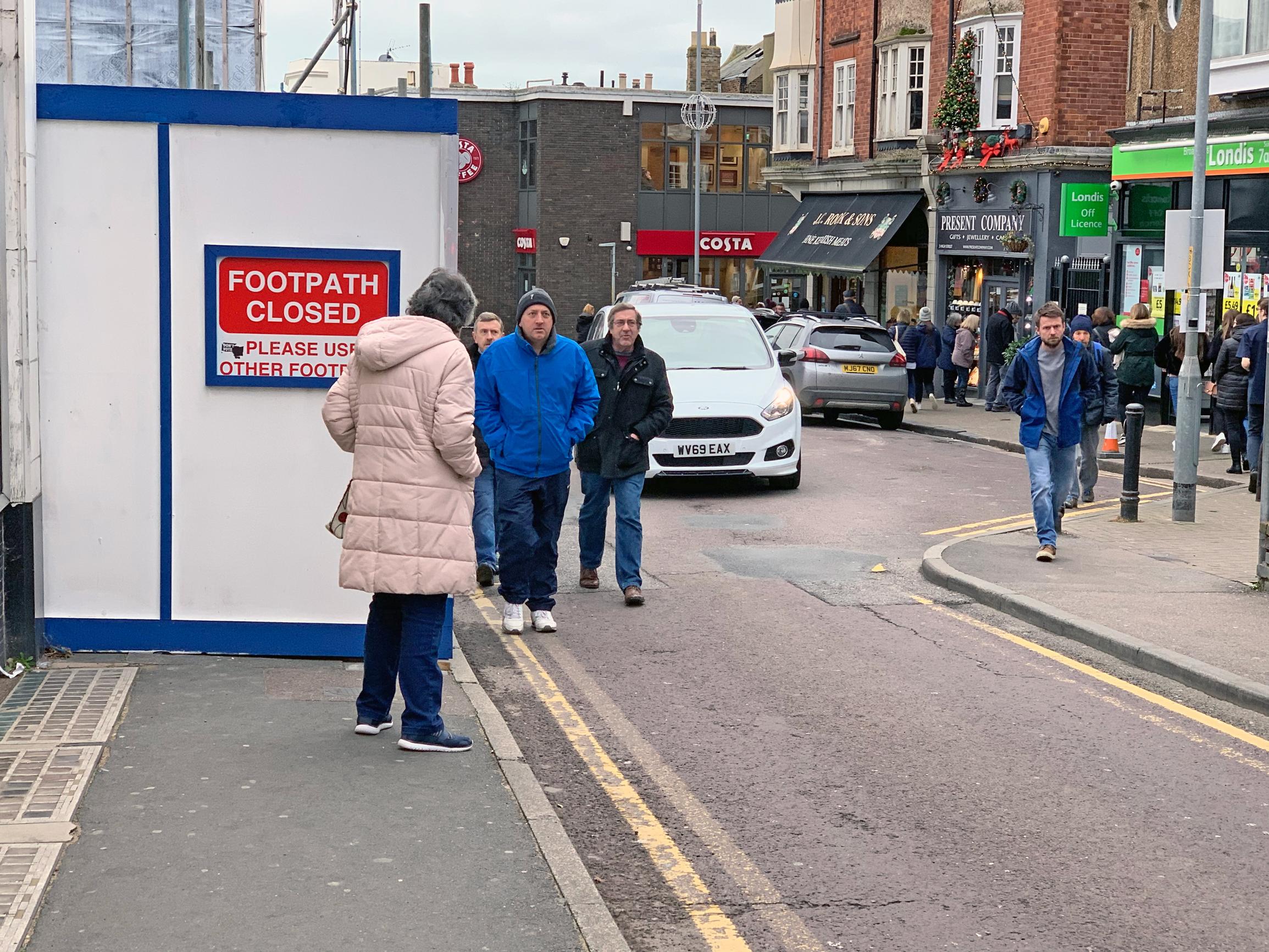 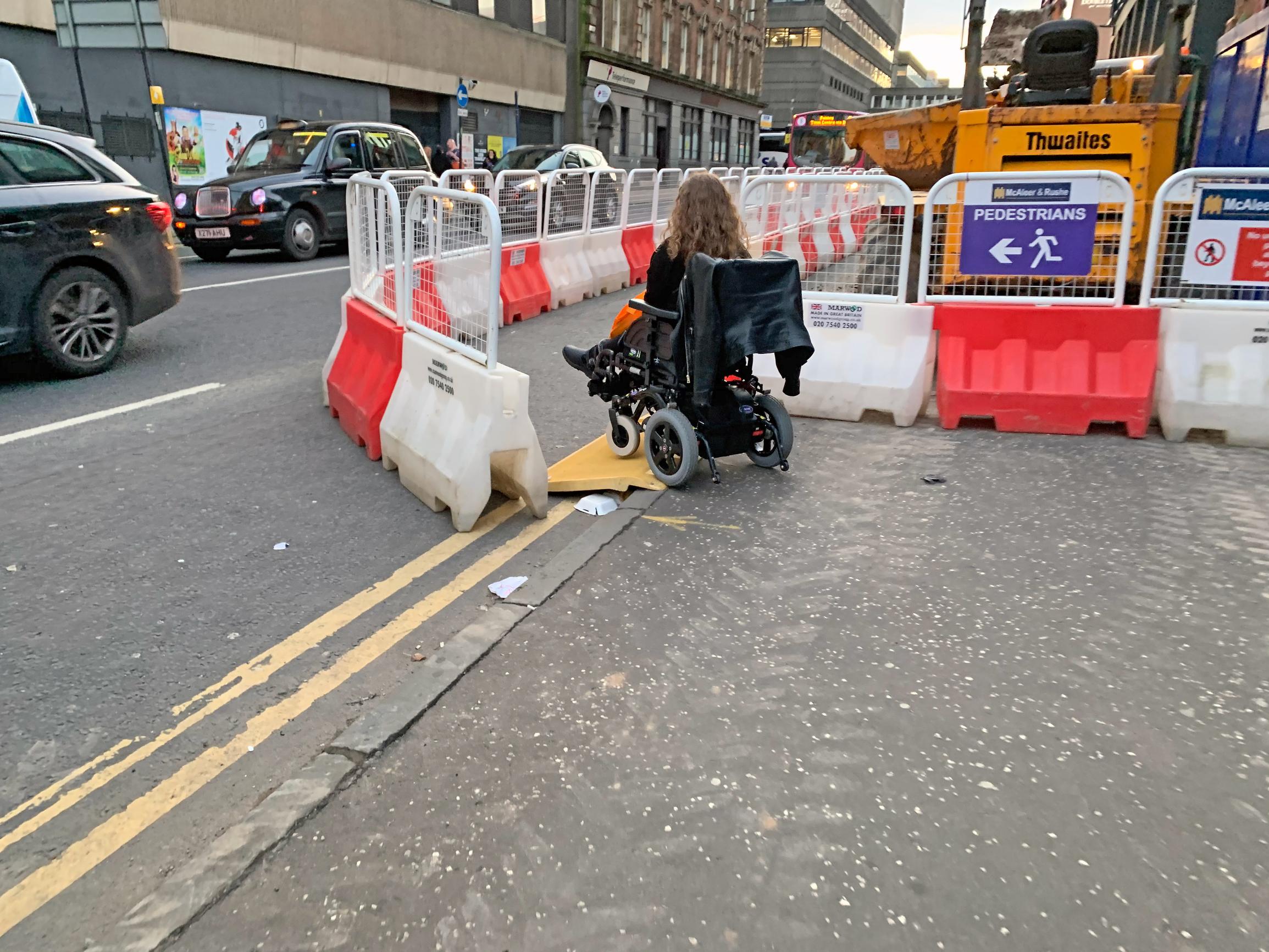 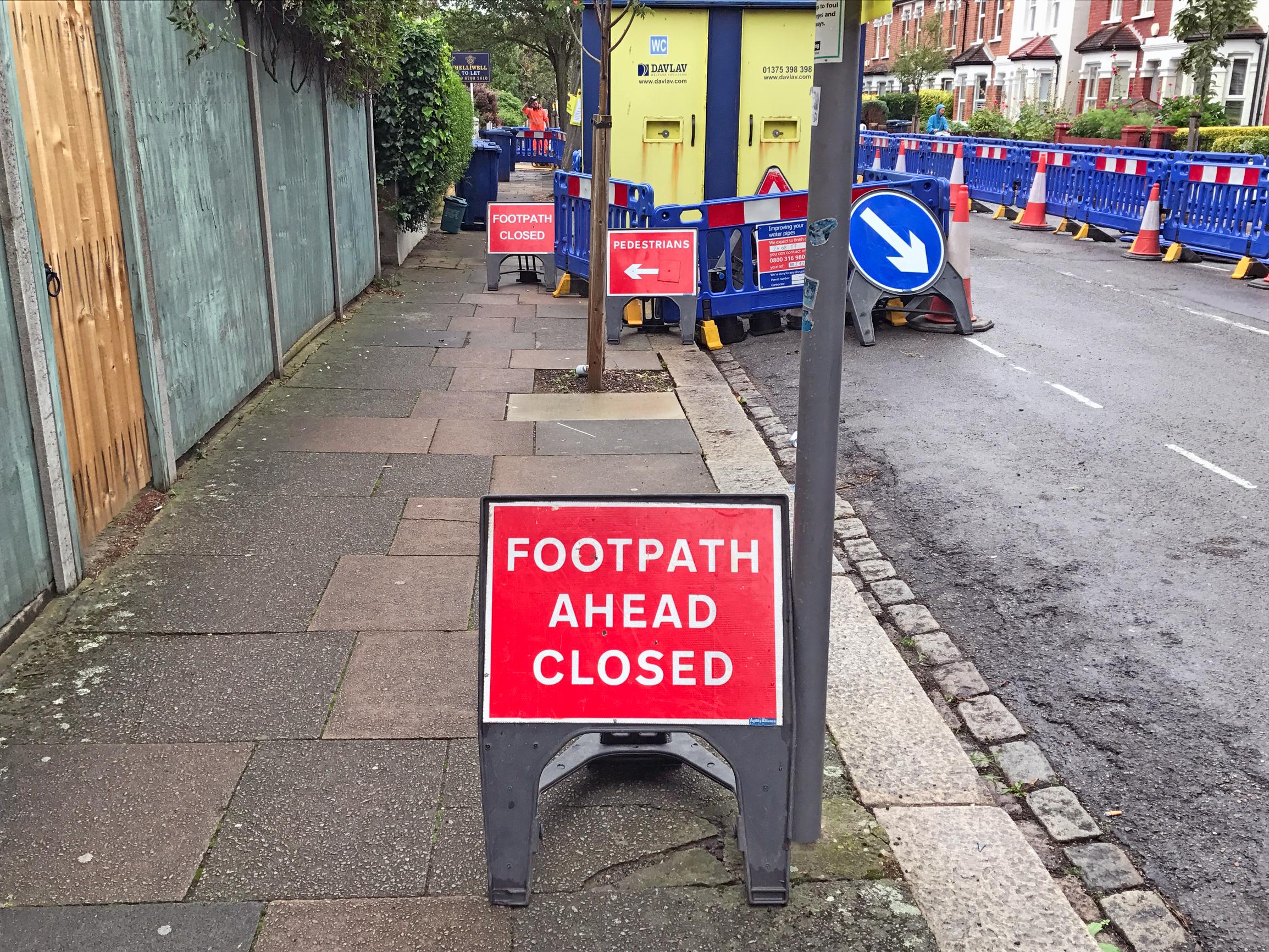 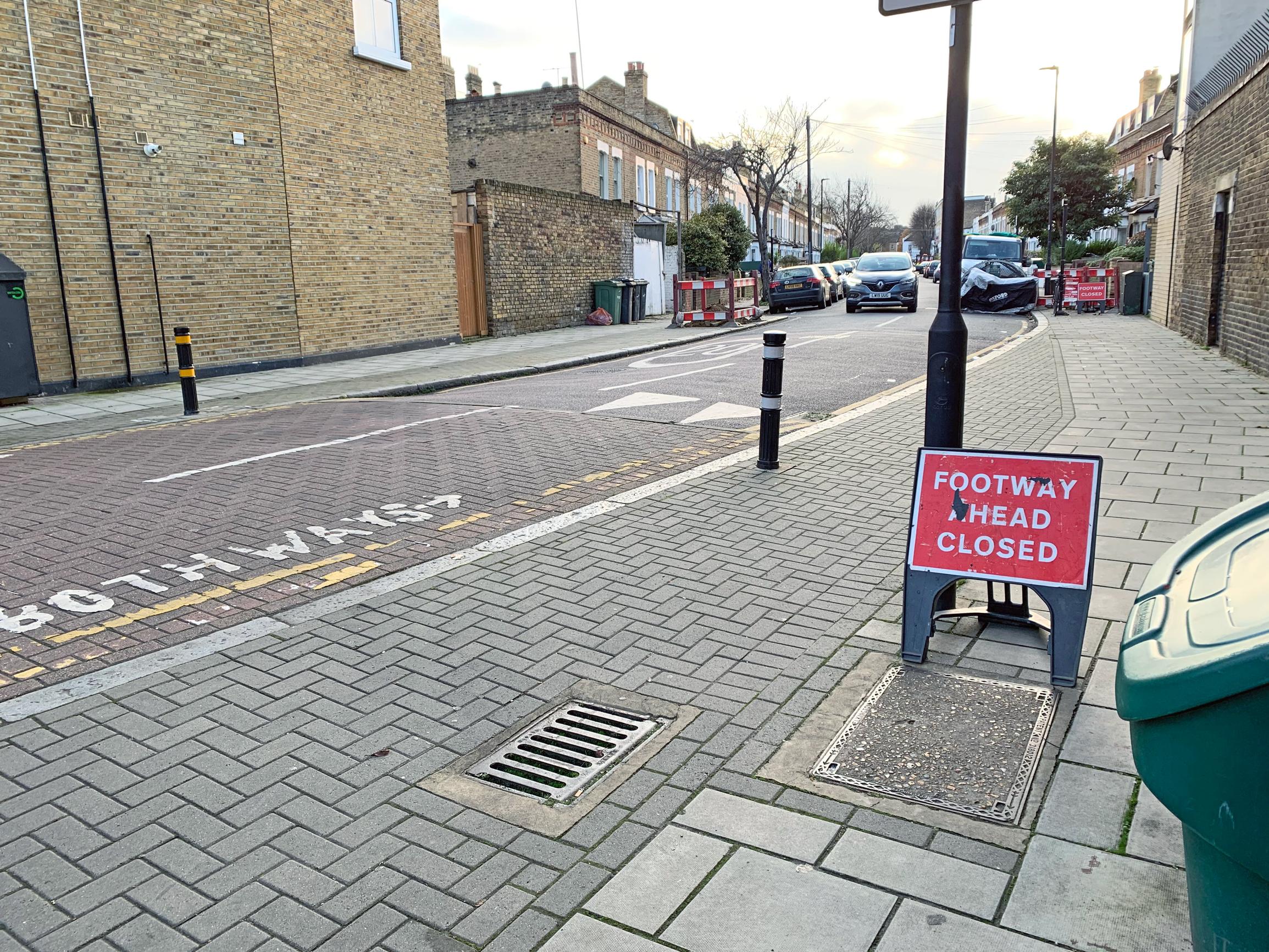 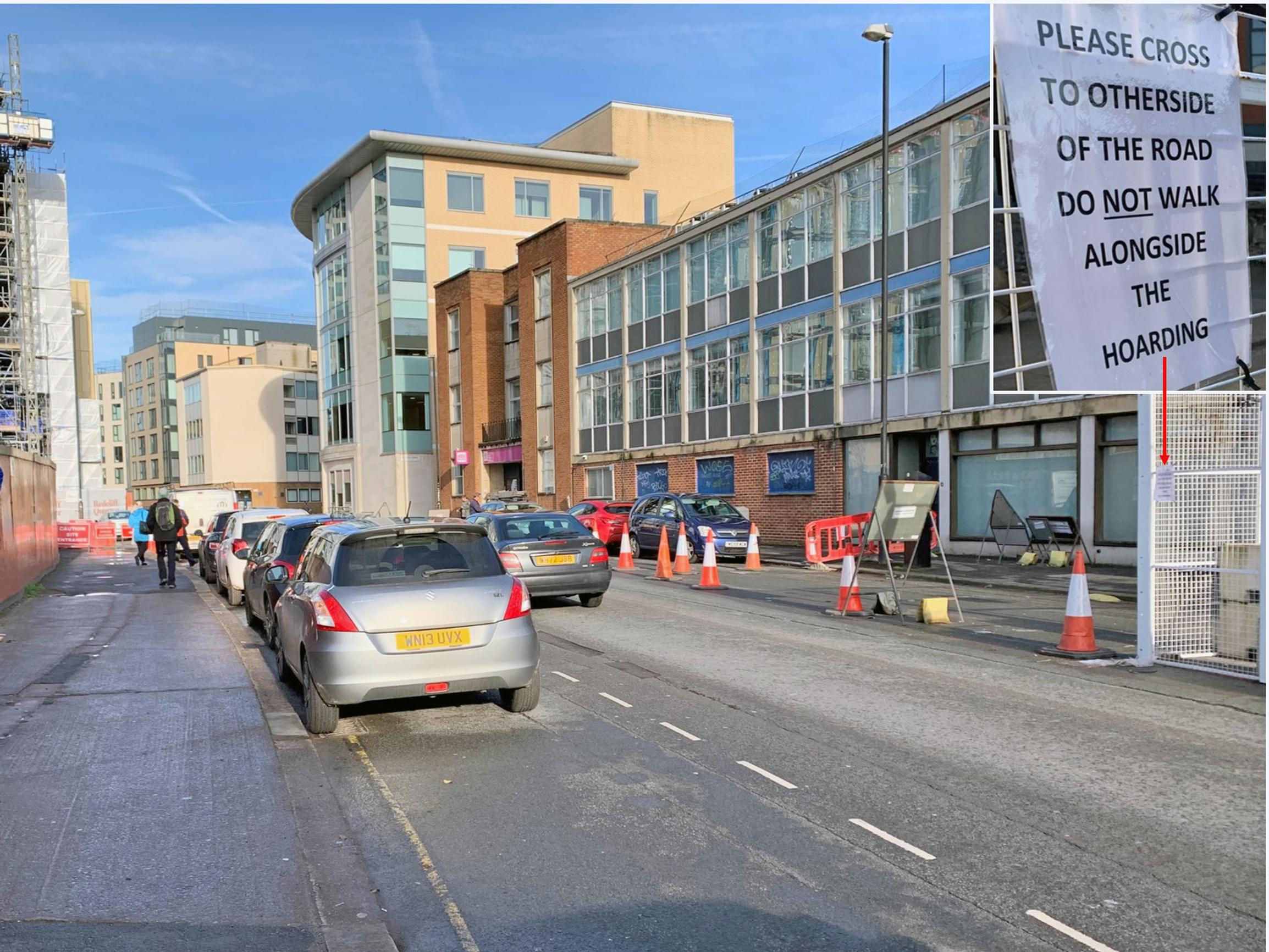 If I appear to be writing articles about the poor quality of the urban walking environment more often than previously, that’s probably due to the increasing frequency with which I encounter provocations for doing so. It’s also because these encounters jack up the reading on my personal Howard-Beale-ometer.

For those of you who require an introduction or reminder concerning Howard Beale, he was the pivotal character in the 1976 film ‘Network’, and infamous for encouraging his audience to go to their windows, open them, stick their heads out, and yell: “I’m as mad as hell, and I’m not going to take this any more”.

Even the most mild-mannered of people can be pushed too far; and it turns out that the seemingly now routine closure or substantial narrowing of the urban footway, without adequate re-provision, is what can tip me into a state of righteous anger that some might (with justification) describe as ‘frothing with rage’.

The title of this piece is inspired by that of the 1980 B52s’ single, which of course uses ‘man’ rather than ‘footway’. It’s the poignant tale of a woman whose boyfriend has been eaten by a shark and who offers the assailant “fish… candy… and everything I have in my hand” as an inducement for her man’s return.

I, however, offer nothing at all to those from whom I want my (and your) footway back. It’s not for them to receive anything at all from the walking public beyond disapprobation. It is for them to give back, or to replace for as long as is necessary, the walkable public highway that they, through the medium of hoarding or fencing, have annexed in order to minimise costs and maximise convenience to their business.

That business may be property development, it may be water/telecoms/gas/electricity, or it may be something else. But whatever it is, it simply isn’t important enough to impose unacceptable costs and inconvenience on people who walk; and especially on people who need to walk but encounter particular difficulties doing so, and people who would love to walk but need to use a wheelchair.

In September last year (LTT 757), I wrote a piece entitled ‘Walking: first in our hierarchy; last of our priorities’, and it’s this inversion of stated policy, in practice, that is once again at play. If it were deliberate, it might be easier to comprehend, if no less easy to tolerate. But what is most maddening (to me, anyway) is the fact that the occupation of the footway for commercial construction or maintenance purposes, without proper redress, takes place largely because the responsible authorities don’t seem to care enough.

That may sound harsh, but it is a reasonable conclusion. I don’t, frankly, expect commercial businesses not to try to reduce costs to increase profits. That’s pretty much what their shareholders will oblige them to do. But I do expect local highway authorities to enact adopted policy, such as the promotion of walking and the protection of vulnerable people (in this case, street users not encased in metal), and to conscientiously execute their Public Sector Equality Duty.

Professional friends who know more about the nitty-gritty of these matters than I, point to the fact that there are formal procedures that apply to ‘temporary’ works of the kind I’m referring to, and which should be used to guard against the degradation of the walking environment. There is, for example, a Department for Transport-published Code of Practice for Safety at Street Works and Road Works, and there’s also the need for anyone wishing to place a hoarding on any part of the public highway to apply for a licence from the council. But it’s up to the authority to determine exactly how the Code is applied in any instance, and what the terms of granting a licence are; and it’s also up to the authority to properly supervise the works.

The granting of a licence involves money changing hands, of course, and this is an appreciable source of revenue for many councils. What’s more, if it is determined that part of the vehicular carriageway should be re-purposed for walking for the duration of the works, then local authorities can “charge works promoters for the time that street and road works occupy the highway”, if they operate a lane rental scheme that has been approved by the Secretary of State for Transport (London and Kent have led the way on this).

But while I’m very glad that businesses should pay for the use of a public asset, and while I’m also very happy for businesses to make profits, the heart of the problem seems to lie in the fact that we can’t (or, at least, don’t) monetise the cost and inconvenience to walkers and wheelchair users. I can understand a local authority being broadly sympathetic to appeals from the hoarders and fencers concerning the cost to them of having to rent a lane; but if the alternative is a remnant footway that isn’t wide enough for comfortable walking or a ‘cross to the other side’ arrangement that’s inconvenient for all and awkward or impossible for people with some disabilities to use, then that’s too high a price to pay.

When it comes to temporary works that affect the footway, it’s time for local authorities to prove that they value walking as highly as their policies say they do. As for you, dear reader, don’t wait for the New Year. Resolve now, and henceforth, to draw councils’ attention to unacceptable practice that you see and, of course, to give praise to what is good.