If you don’t build it, they won’t come 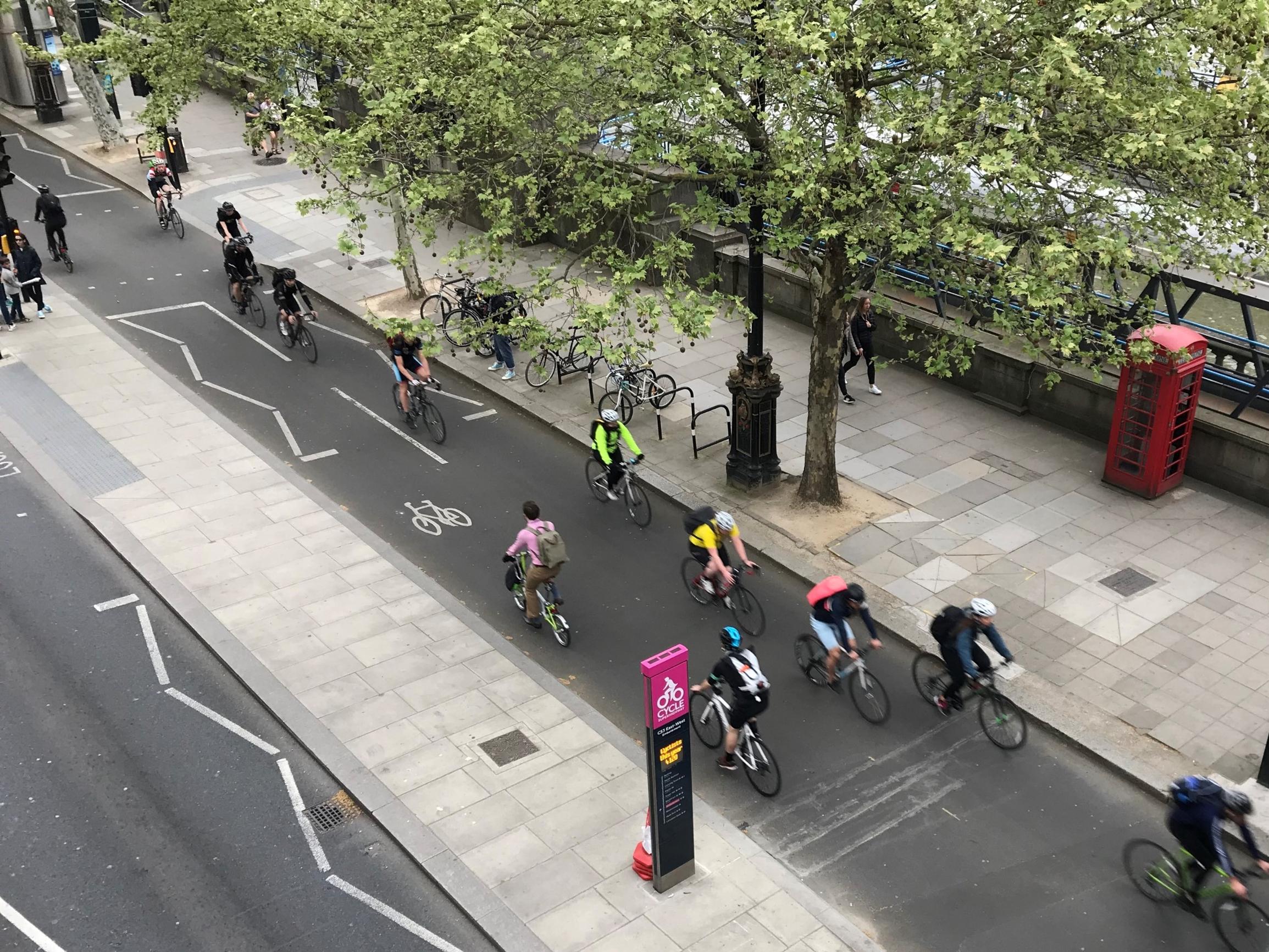 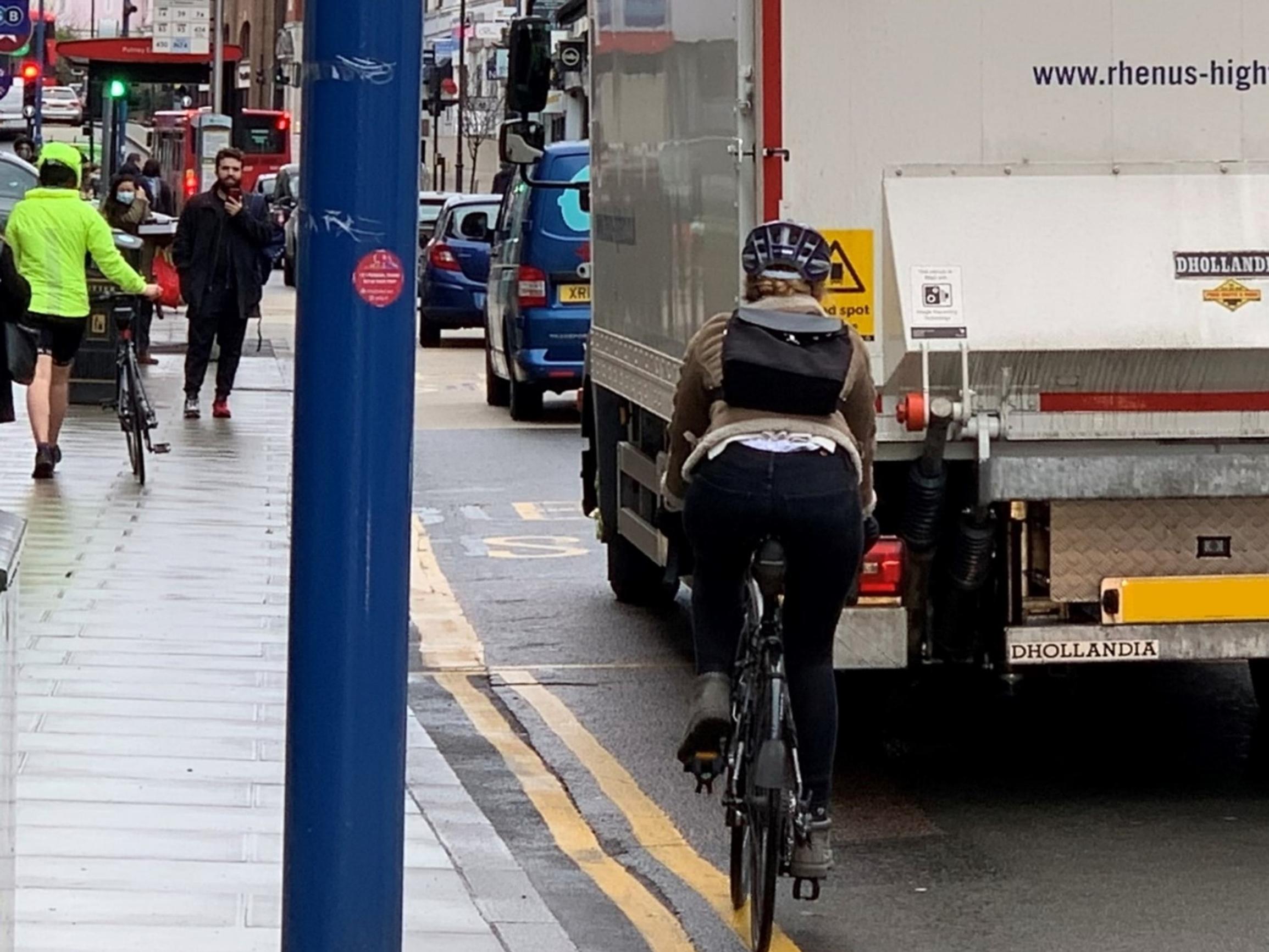 The 1989 film, Field of Dreams, is one of those from which a particular line has become a popular saying: “If you build it, they will come.” This is, as pedants like me will tiresomely remind people, a misquote of the original: “If you build it, he will come.” The ‘he’ in this case is the deceased father of the lead character (Ray, played by Kevin Costner), and the line is uttered by an ethereal voice only he can hear. The ‘it’ Ray had to build in the film was a baseball pitch, so that a ghostly ballgame could take place. The ‘it’ most often referred to in contemporary discourse on streets is cycle tracks, with the ‘they’ being people on cycles who would not otherwise travel that way.

The purpose of that over-elaborate introduction is simply to set up the counterpoint of my title which, it seems to me, is more important – and truer – than the usual version. While building protected cycle lanes (or otherwise creating better conditions for cycling) does often result in more people cycling, it is not a universal truth. This may be for several reasons, including the lack of a wider safe cycling network, low inherent propensity to cycle in the location in question, and the quality of the facilities ‘built’.

Whatever the reason(s), the fact is that “If you build it…” is vulnerable to being refuted, and by no means only as applied to cycling infrastructure. “You did all that to help people do more of (whatever), but where are they? You built it, but no-one came. I could’ve told you, you morons. What a waste of money.” And it’s all the more easy to make such challenges when they’re accompanied by photos of the ‘it’ in question not being used. Such images may, of course, have deliberately been taken early on a Sunday, or merely in the gap between platoons; but nay-sayers are rarely above indulging in a bit of skulduggery.

Now, in the context of measures to promote active travel and reduce car use, there’s an extent to which I’m not really that fussed about hardened nay-sayers. There will always be a small number of people who are highly resistant to change, who don’t believe there’s a need, and who readily cast the ‘they’ who are supposed to benefit from the ‘it’ as an undeserving out-group who are being needlessly kowtowed to. There’s almost never any point, and rarely any need, to argue with those nay-sayers themselves. The people I’m fussed about are those who they may influence.

In particular, I’m concerned about two groups: the majority of the population who currently have no strong view, for or against, on the issue in question; and the people whose job it is to make, or unmake, the key decisions (typically local politicians).

And this is where I think “If you don’t build it, they won’t come” is a better argument to make. Because it changes the debate from one that focuses on differences over the effectiveness of a specific course of action (building ‘it’), to one that revolves more around principles and begs a question of those who do or might dispute the ‘it’: “OK, then. If not this, then what?”

Maybe it’s not important; but I think it may be.

Whereas “If you build it…” is about whether a given intervention will lead to a stated outcome, or not, “If you don’t built it…” is more broadly about changing the status quo. That means it engages people – including the uncommitted majority and the decision-makers I mentioned earlier – with the ends, rather than the means; and this provides more scope for building support. You may, for example, be ambivalent when it comes to investing for the benefit of a group of people you aren’t part of (such as ‘cyclists’); but you may be considerably more open to agreeing that more people need to travel by cycle instead of by car if we’re to reduce the greenhouse gas emissions and pollution associated with road transport. In the same way, inserting pedestrian ‘green man’ stages into junctions you often drive through will seem unappealing; yet measures that cut the traffic associated with the ‘school run’ by making walking to school more attractive will seem a good idea.

Put another way, it’s much easier to build consensus around the need for action (general) than it is around taking an action (particular). If we start with the latter, we often run straight up against opposition, fear, denial and misinformation. But if we start with the former, we get a better chance to create the momentum necessary to then build whatever ‘its’ are required.

When it comes to the various emergencies we face – climate, air quality, inactive lifestyles, urban loneliness – “Doing nothing isn’t an option” (even if it is a cliché). And the vast majority would agree – as survey after survey has reported. However, both perversely and frustratingly, if we begin by suggesting something specific, it seems we’re less likely to get to do it.

“Does our city, our country, our society, our civilisation need more people to be walking and cycling and fewer people to be using cars? Yes, you say? Great. What should we do to make that happen, do you think? People in other places have built this, that and the other that seem to work; shall we give them a whirl? And if you’ve any more or better ideas about things that will really help people change, let’s have ‘em.”

In my experience, some of the noisiest nay-sayers on active travel and traffic reduction measures also deny there’s a climate emergency, believe pollution from traffic is a function purely of congestion not volume, and view public health concerns as a manifestation of the ‘nanny state’. Let’s not worry about them. Rather, the more we seek to build a community for change with those who recognise the need for it, the more likely we are to build things that will make a difference.