The drive to decarbonise 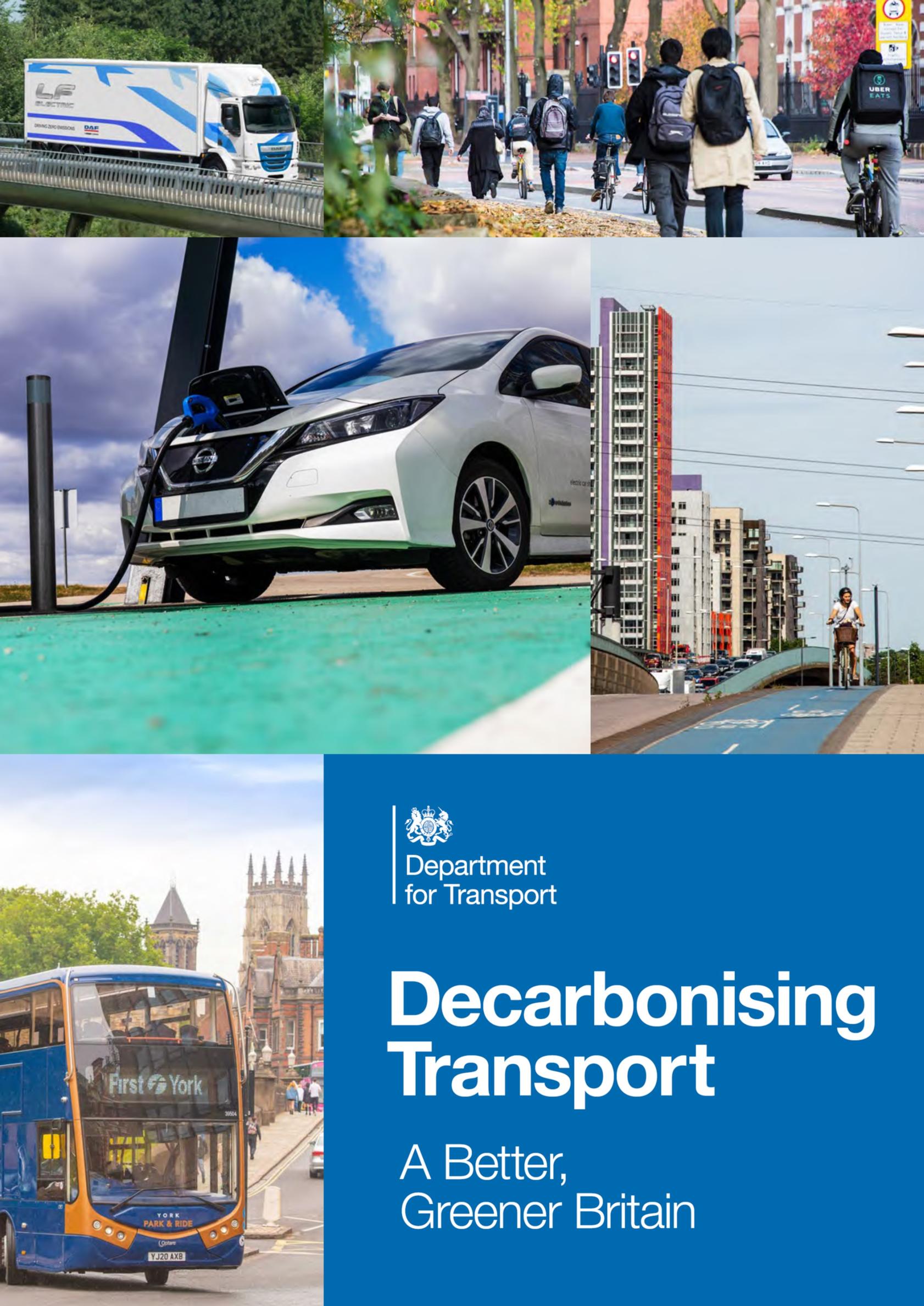 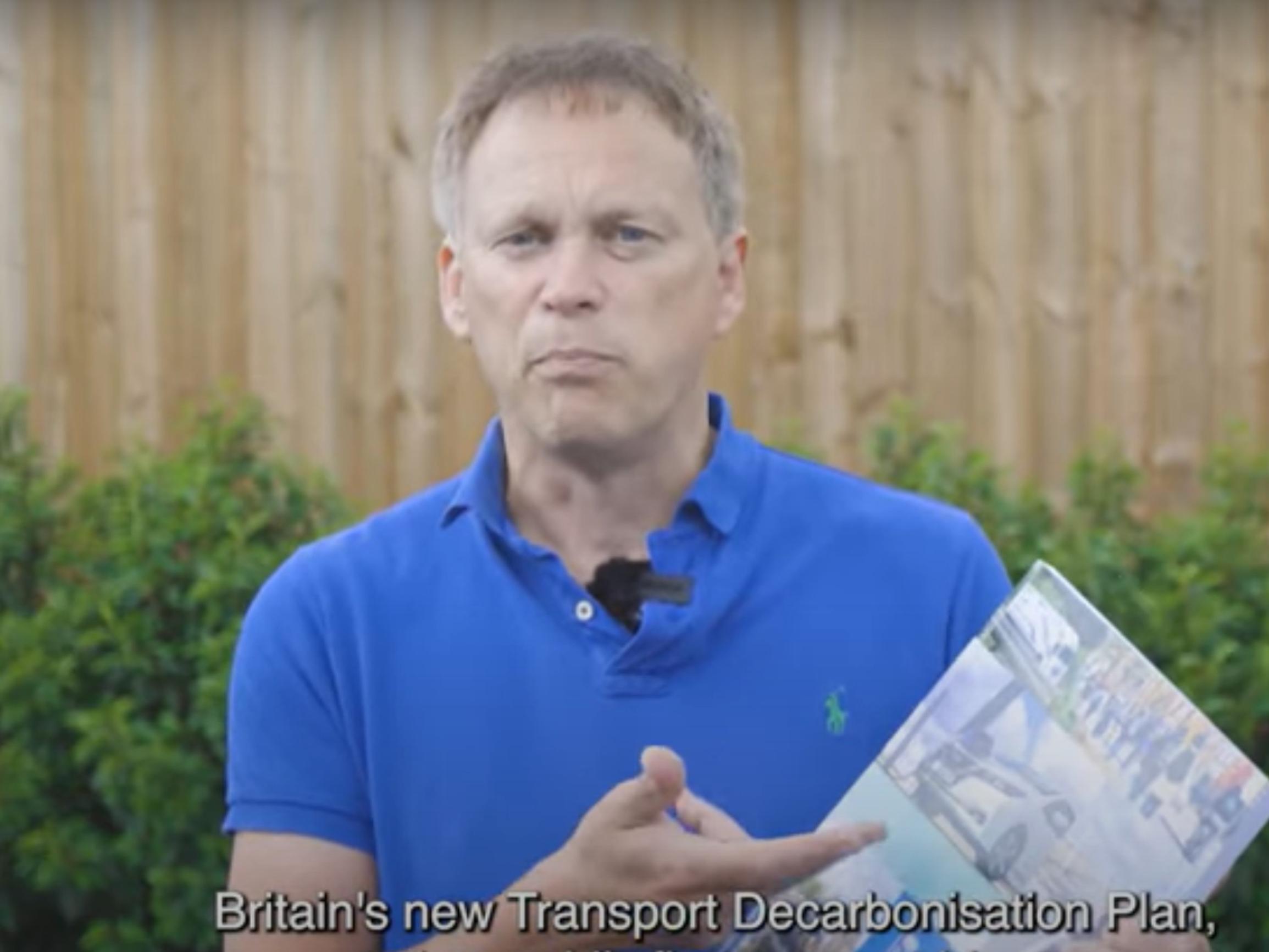 Well, it was keenly anticipated, with some hopeful and others fearful of what it might contain. Whatever prior thoughts people had, from 14 July it became possible for everyone to make their own assessment of the Government’s plan for Decarbonising Transport. Not surprisingly, it’s a document that occupies quite a few column inches elsewhere in this issue, and there have already been so many blogs and other ‘hot-takes’ on the subject that I hesitate to go there at all.

However, what I want to reflect upon isn’t so much the plan itself, but something that, I think, is equally important. This is the way it has been presented or, one might even say, sold. The ‘comms’ aspects of changing how we travel had in any case been earmarked as my topic for this piece, and the words of transport secretary Grant Shapps in launching Decarbonising Transport, together with the 5½ minute video he released, are very much grist to that mill.

I’ve seen the BBC quote various transport commentators, each of whom I respect, as being very impressed by what Shapps says in the foreword to the plan. One described it as “utterly gob-smacking” (in a good way); another called it “absolutely amazing” (also positively); and a third spoke of Shapps’ comments as “incredibly welcome”. The latter did, however, add the qualifier, “If the rhetoric matches the reality”.

I, too, am concerned about whether or not the many good words in the plan, and in the accompanying material, will translate into the necessary action, and within the necessary time-frame. Although the Decarbonising Transport launch is very much The Shapps Show, it’s hard to know whether he really believes what he says. Part of the problem is that different statements conflict with one another, and he doesn’t talk as though he believes that what’s needed will be incredibly hard to achieve – which it will be.

As though to sound as many right notes as possible, and avoid bum notes if possible, the plan contains seven separate references to the Government’s £2bn investment in walking and cycling, but just one to its £27bn programme for England’s strategic roads. And, perhaps realising that this “ambitious roads programme” doesn’t sit comfortably in a plan to decarbonise transport that also says “it will be essential to avoid a car-led recovery”, the reference to the £27bn is qualified/excused/

sweetened by the statement that “almost half” of the money is not for capacity expansion but “is in fact for renewing, maintaining and operating the existing network, or for funds to improve safety and biodiversity, deliver active travel schemes and tackle noise or pollution”. I think the transport secretary doth protest too much.

As another illustration, let me juxtapose the plan’s subtitle – ‘A Better, Greener Britain’ – with a cheap-shot word count. “Emergency” only appears four times in the plan’s 220 pages, and only twice in relation to “climate”. Both of these uses are in a single ‘footnote’ reference to the statement that “as of February 2021, over 70% of local authorities had declared the urgent need to act on the causes and impacts of climate change”. “Urgent” itself is only used on one other occasion within Decarbonising Transport. What I’m drawing attention to here is the fact that the race-against-time aspect of decarbonising transport is essentially absent from the plan and its publicity.

The overall tone, indeed, is much more ‘climate good’ than ‘climate emergency’. For my money, there’s too much of a focus on the opportunity and not enough about the pressing need. There’s lots of stuff about Britain leading the way, and even a graceless dig at the EU concerning the ending of sales of new diesel and petrol cars and vans. In the video, Shapps describes the plan as “the world’s first ever transport… green print, to end transport contributions to global warming by 2050” and goes on to claim that “Britain is on the verge of a transformational, irreversible green transport revolution”.

I’d be more inclined to give the transport secretary the benefit of the doubt if it weren’t for the fact that he veers too much towards the language (if not the dress code and accent) of the ‘brilliant kid’ character from the 1990s comedy series The Fast Show. He doesn’t actually say, “aren’t electric vehicles brilliant?”, but he obviously thinks they are; and were he to describe hydrogen-fuelled aeroplanes as ‘Fantastic!’ it wouldn’t come as any surprise.

Shapps’ tone is resolutely upbeat. He starts the foreword by stating, “Transport decarbonisation is a dull way of describing something much more exciting” and, early in the video, asks the apparently rhetorical question, “What if we had a solution to decades of rising emissions, a solution for every type of transport that meant we could carry on travelling where we want, when we want, without harming the environment?”

It’s this Carry On… narrative that concerns me most, especially in so far as it relates to… driving. My internal klaxons (we all have them, no?) were almost deafening when I read this on the first page of the foreword: “It’s not about stopping people doing things: it’s about doing the same things differently”. And they started making a racket again when, in the video, Shapps had no sooner pointed to his “green print” than he stepped into his Tesla at the beginning of a one and a half minute segment on electric cars and low tailpipe emissions (over a quarter of the video’s running time).

I quite understand that all politicians – perhaps especially in the lead up to so-called ‘Freedom Day’ – wish to avoid telling people they need to stop doing things they like, or find convenient. And I also recognise that, when we need people to stop doing one thing (as it might be driving) and start doing another (such as walking, cycling or getting the bus), making people feel guilty about what they currently do is rarely effective. And yet… one of the chief barriers to widespread travel behaviour change is that the vast majority of people – however ‘environmentally conscious’ they may or may not be – simply don’t live with the understanding that they, personally, need to change how they live. That, if they really care about reducing greenhouse gas emissions, cutting congestion, and improving road safety and public health then this isn’t a time for ‘drive cleaner’, it’s a time for ‘we need to use cars less’.

Since almost no one actually reads the details of plans like Decarbonising Transport, the launch publicity was the perfect opportunity for the Government to make a strong, clear, public message about the necessity and urgency of us all changing how we travel. Instead, it launched the plan without notice, without a fanfare, and without saying to the nation: This Means You!

So, for all the fine words in Decarbonising Transport, it was presented in such a way as to enable people to continue to think that technology is the answer (and, incidentally, that Low Traffic Neighbourhoods remain an outrage). In my view, this was a key opportunity missed; and I’m not sure how many more the Government will have.