With groundbreaking schemes starting to come to fruition in the capital, there were plenty of interesting case studies at this year’s London Cycling Show. 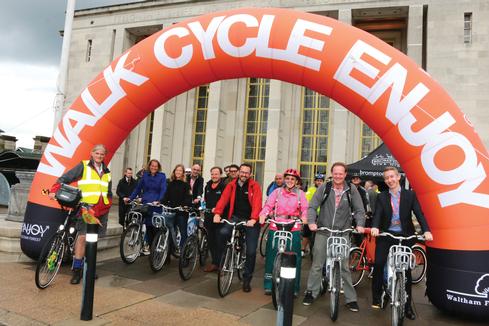 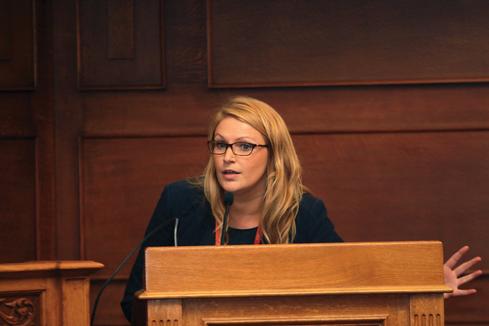 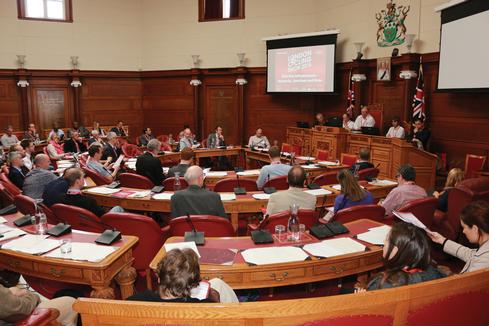 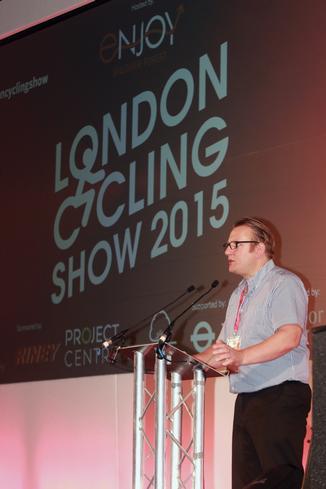 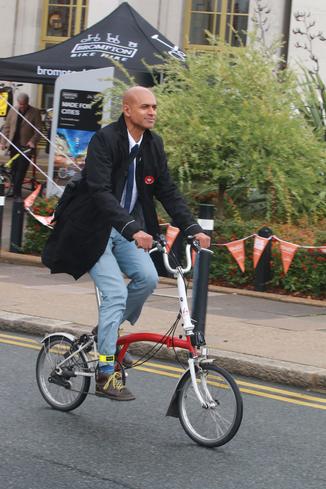 Waltham Forest hosted this year’s London Cycling Show and, not surprisingly, the council’s Mini-Holland plans featured prominently in the conference programme. More than 200 delegates gathered for the conference and exhibition, organised by Landor LINKS, at the art deco Walthamstow Assembly Hall on 15 September.

The day before the show Waltham Forest launched Mini-Holland, with the official opening of the Orford Road scheme in Walthamstow Village. Deputy leader of council Clyde Loakes, who has championed Mini-Holland, had to contend with noisy protests from local residents and businesses opposed to road closures.

But, judging from his impassioned presentation at the event the following day, Loakes appears determined to push through the changes, which will see a segregated cycle track installed along much of the busy Lea Bridge Road and the major re-configuring of the Whipps Cross roundabout by early 2017.

Asked if the changes were merely displacing traffic onto main roads, Loakes replied: “The main roads are where the traffic should be, not rat-running through residential streets. It’s traffic that is stopping children and women from getting on a bike.”

He suggested that some of the drivers stuck in traffic should ask themselves if they really need to be using their cars for short journeys.

Loakes acknowledged there were “a lot of angry residents” who were yet to be persuaded of the benefits of Mini-Holland. “I have even been accused of ‘socially cleansing’ the area because I want more people to walk and cycle! How confused is that? This is one of the most groundbreaking equality initiatives we can introduce.”

Loakes is convinced that businesses will soon start to reap the benefits of the changes, made possible thanks to a £27m grant from Transport for London along with £3m from other funding sources.

“We are improving these routes for pedestrians and cyclists and people arriving on public transport, who will spend more than if they arrived by car,” he said. “We have still not convinced local businesses, but the evidence is there – if we make places more pleasant people might come for a coffee, they might stay for lunch. It will become a place to meet and spend more time.”

Loakes’ efforts were recognised at the inaugural Cycle Planning Awards, which were held at Walthamstow Assembly Hall on the evening before the conference. An independent panel of respected figures from the world of cycling named Clyde Loakes Cycling Champion of the Year.

Ashok Sinha, the London Cycling Campaign’s chief executive, praised Loakes for his unwavering support for Mini-Holland. “Flagship schemes such as this are very important in elevating the status of cycling in our cities,” he said.

“We shouldn’t let the anger cloud the fact that residents have been extensively consulted, and support for the scheme is consistent and strong. The council has been very proactive in engaging the public about the wide-ranging benefits that the Waltham Forest Mini-Holland scheme will bring to the area.”

Opponents of Mini-Holland have argued that it will have an adverse impact on emergency services and disabled drivers.

Waltham Forest was “clearly taking positive steps” to ensure the emergency services are unhindered and disabled drivers are treated sympathetically, said Sinha. “However, it’s self-evident that we cannot make the transition to a city where walking and cycling are the norm for local journeys and still have as much motor traffic as before. As people adjust and leave their cars at home the congestion currently being felt on main roads will ease.

“Until then, people making essential journeys by car will experience delays. Whilst I genuinely feel for them, the long-term gains justify the short-term upheaval, and people with particular mobility needs will gain from a long-term switch from cars to cycling and walking.”

Some residents are already noticing the benefits of the Mini-Holland scheme, according to Sinha. “I met parents in Walthamstow who are already cycling their children to school as a result of the programme – and loving it. And some of the businesses protesting against the scheme have already put in planning permission to offer on-street cafés on Orford Road, so they should benefit too. It won’t be a big switch-over; rather, over the coming months and years people will take to the freedom and convenience that cycling brings. Once they do, I am sure they will never want to go back.”

Delegates were given an update on TfL’s new Cycle Super Highways and Quietways. The new CS5 (from Oval to Pimlico) is due to be completed this month while the CS2 upgrade (Bow to Aldgate), the north-south route (Kings Cross to Elephant & Castle) and the east-west route (Tower Hill to Westbourne Terrace, near Paddington), are all set to be ready by next spring.

“Cycling is a key mover of people, a driver of growth and offers great benefits to the environment and health. We need to keep making these arguments and continue to grow cycling through delivering new and upgraded facilities, increasing safety and providing engagement and encouragement to all Londoners.”

TfL is carrying out a detailed monitoring strategy including both quantitative and qualitative surveys, which will track changes in journeys as well as attitudes, said Matson.

She urged boroughs facing opposition to cycling schemes to “provide good evidence of the benefits that will be delivered by schemes – there is plenty of good examples out there to draw on”.

For example, cycle stands, cycle hire docking stations and bus stops have been re-located onto the kerbs separating cyclists from other road users. “Signage for traffic has also been relocated from the footway to the segregation island to allow better visibility,” said Adlington. “Placing this infrastructure on the segregation island reduces the street furniture on the footway and provides an improved level of service for pedestrians in what can be very busy areas.”

She said the safety implications of re-locating signs and street furniture had been carefully considered. “In some locations street furniture has been positioned to ‘punctuate’ distinct areas of the strip, such as between a bus stop island and a loading pad. This is a subtle way to define areas and also assists visually impaired users with navigation.”

The need for good design

Another new feature to appear on cycle routes are stepped tracks, with the first in the UK installed in Camden last month as an alternative to segregation.

Brian Deegan, principal technical planner at TfL, can see their benefits. “Stepped tracks help maximise the space available to cycles without any being lost to the segregation,” he said. “This does mean, however, that there is no buffer between the cyclists and general traffic and so the width of the near-side general traffic lane is important.”

“They, therefore, provide real clarity to all road users. However, the height difference can unseat riders transitioning on and off it, so great care is needed in construction to enable this. Light segregation has the benefit of protecting cyclists in a near-side position, whilst enabling easy transitions back onto the main carriageway. Both approaches are useful in different contexts and the more examples we have then the clearer the guidance will become.”

“All schemes delivered as part of the Mayor's Vision for cycling programme must conform to the LCDS,” Deegan pointed out. “The LCDS represents a step- change in the approach to designing for cyclists in that it asks for cycling to be treated as a mainstream transport option. This means infrastructure needs to be of high quality. You shouldn't just not give up at tricky junctions or when there are conflicting demands from other road users.”