Turning car park into public square ‘has paid off’ 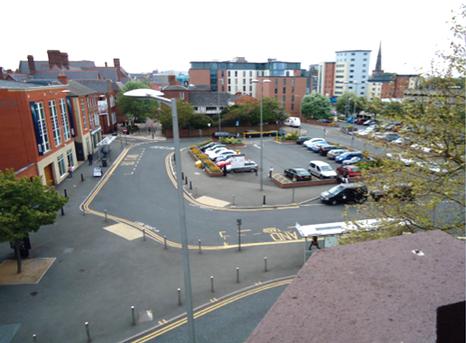 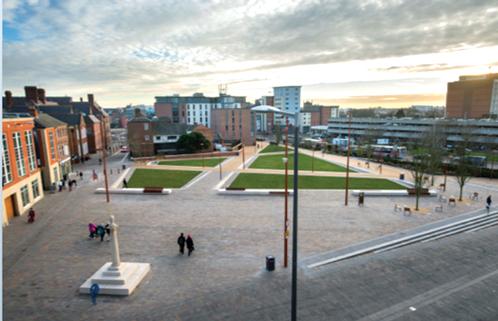 As elected mayor, Sir Peter Soulsby was able to fulfill his long-held ambition to turn the Nicholas Place car park into a public space. “As council leader I could never have made the major improvements to the space that is now Jubilee Square,” he says. Before becoming mayor it had proved “impossible” to change the site due to “a combination of contentious issues” such as removing the car park, moving bus stops and cutting down a tree.

The council estimates the 50-space pay & display car park was generating £200,000 revenue a year but Soulsby believes this loss has been more than offset by the wider benefits of improving the public realm such as increased footfall.

“You can take a narrow view of the net effect on parking revenue in the city centre or the wider view about what is the best use for that space.” He also insists that there is still sufficient space for parking elsewhere in the city centre. “It is quite likely that a high proportion [who previously used the St Nicholas site] will park in another city council car park.”

The mayor says the plans faced a lot of opposition, but he was convinced the changes would make the site more attractive to visitors.

Jubilee Square has become the focal point for public events in the city, such as the Diwali festival and open-air screenings, and is due to host the celebrations for the Queen’s 90th birthday on 12 June.

Soulsby says he has received “very positive feedback” from retailers and businesses to measures designed to make the city more pedestrian and cyclist-friendly. “You only have to look at the amount of investment that is now happening in areas of the city where we have controversially introduced improvements to the public realm,” says the mayor. “We are now experiencing very dramatic investment coming in and taking advantage of the increased footfall that comes from a better public realm.”