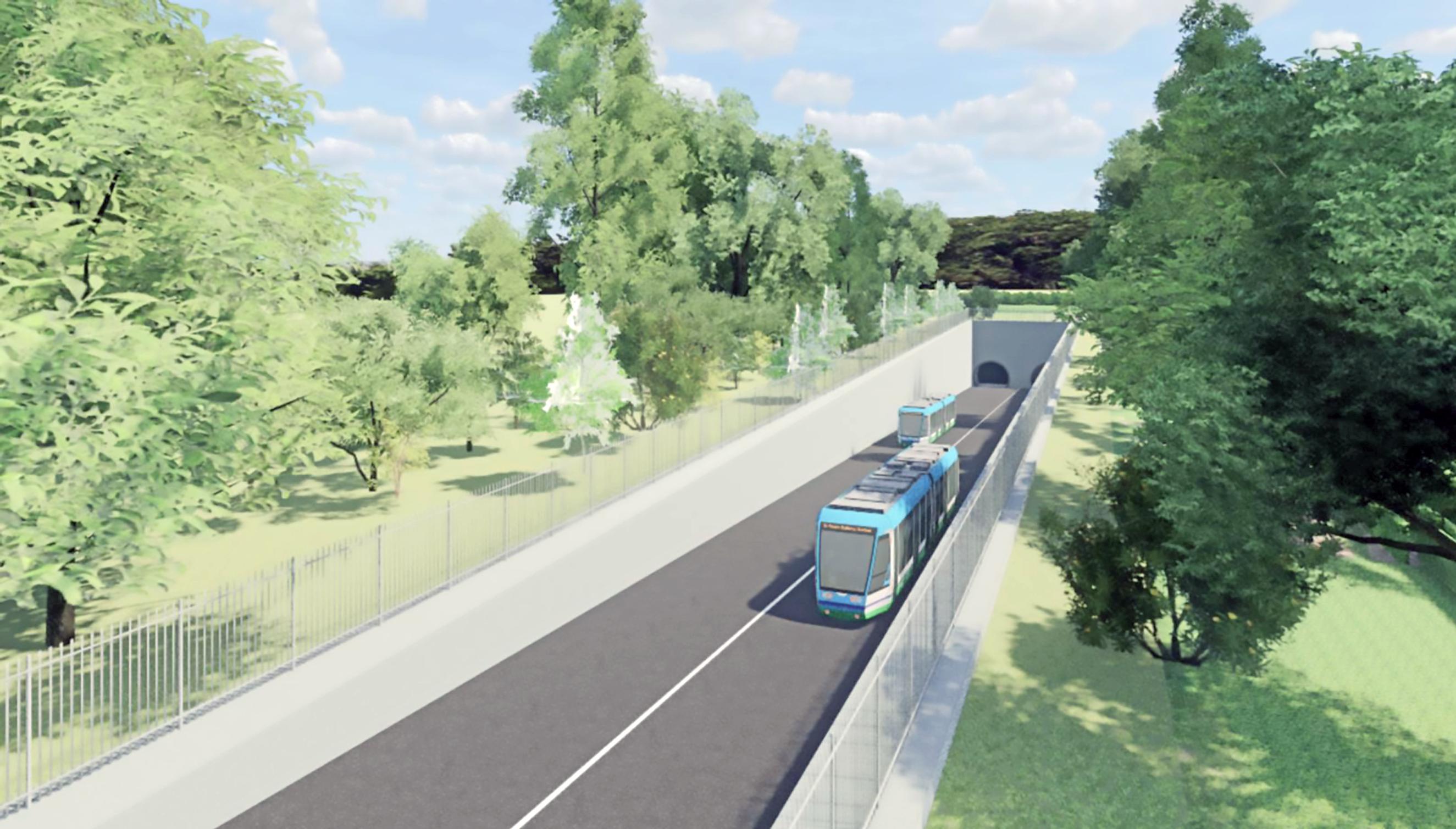 CAM is being championed by James Palmer, the combined authority’s elected mayor. The network would be focused on Cambridge, with branches serving St Neots, Alconbury, Mildenhall, Haverhill, Hauxton and Waterbeach. The intention is for services to operate in tunnels within Cambridge city centre.

Subject to planning permission, approvals and funding, the CA says regional routes could  become operational “from 2024 onwards” with the city tunnel section following “by 2029”.

A consultation on the tunnelled sections was launched at the end of February and ran to 3 April (LTT 06 Mar). The new consultation covers the new CAM sub-strategy of the CA’s recently approved local transport plan.

According to the combined authority, CAM will provide a “best-in-class passenger experience” in terms of “journey time reliability, smoothness of ride, vehicle and stop quality, level boarding, fully electric operation and off-vehicle ticketing”.

The “default assumption” is that it will operate on segregated routes.

Although the word autonomous appears in its name, CAM is unlikely to be driverless initially. “To enhance safety and reduce operating costs it is desirable for CAM to become driverless once autonomous vehicles have been approved for use in the UK and the appropriate safety regulations have been established,” says the combined authority.

The Greater Cambridge Partnership (GCP) has been preparing the business cases for the routes within Cambridge (excluding the tunnel sections). The GCP comprises Cambridge City Council, South Cambridgeshire District Council, Cambridgeshire County Council and the University of Cambridge.

In February, mayor Palmer told the GCP to cease work on the route between Cambourne and Cambridge, saying he did not support the scheme as currently proposed (LTT 03  Apr). One reason Palmer gave for his request was the Government’s recent announcement that the East West Rail route between Bedford and Cambridge will run via Cambourne.

The CAM sub-strategy says the plans for both the Cambourne and the Waterbeach CAM routes, that were being led by the GCP, need revisiting. “National government’s commitment to an East West Rail route and proposed new heavy rail improvements and/or station developments at St Neots; West of Cambourne; Cambridge South; and Waterbeach will need to be taken into account in developing  [CAM] business cases.

“This indicates the need for an interim review of emerging business cases for the Cambourne to Cambridge and Cambridge to Waterbeach routes.”

A major new community is planned for Waterbeach, to the north of Cambridge. This includes a new Waterbeach railway station to replace the existing station on the Cambridge to Ely line.

The shape of the CAM network could be influenced by the Government’s housing policy. In his March budget the Chancellor announced that the Government is to examine the case for up to four new development corporations in the Oxford-Cambridge Arc, at Bedford, St Neots/Sandy, Cambourne and Cambridge, including “plans to explore the case for a New Town at Cambridge”.

Says the CAM consultation: “It is therefore important that the CAM scheme is adaptable and helps to meet the travel demands emerging from these new developments.”