Dr Nik Johnson delivered a surprise Labour electoral win in the metro mayor battle for Cambridgeshire and Peterborough in May. He tells Lee Baker how he wants to switch from an over-focus on city congestion towards improving transport in the rural Fens 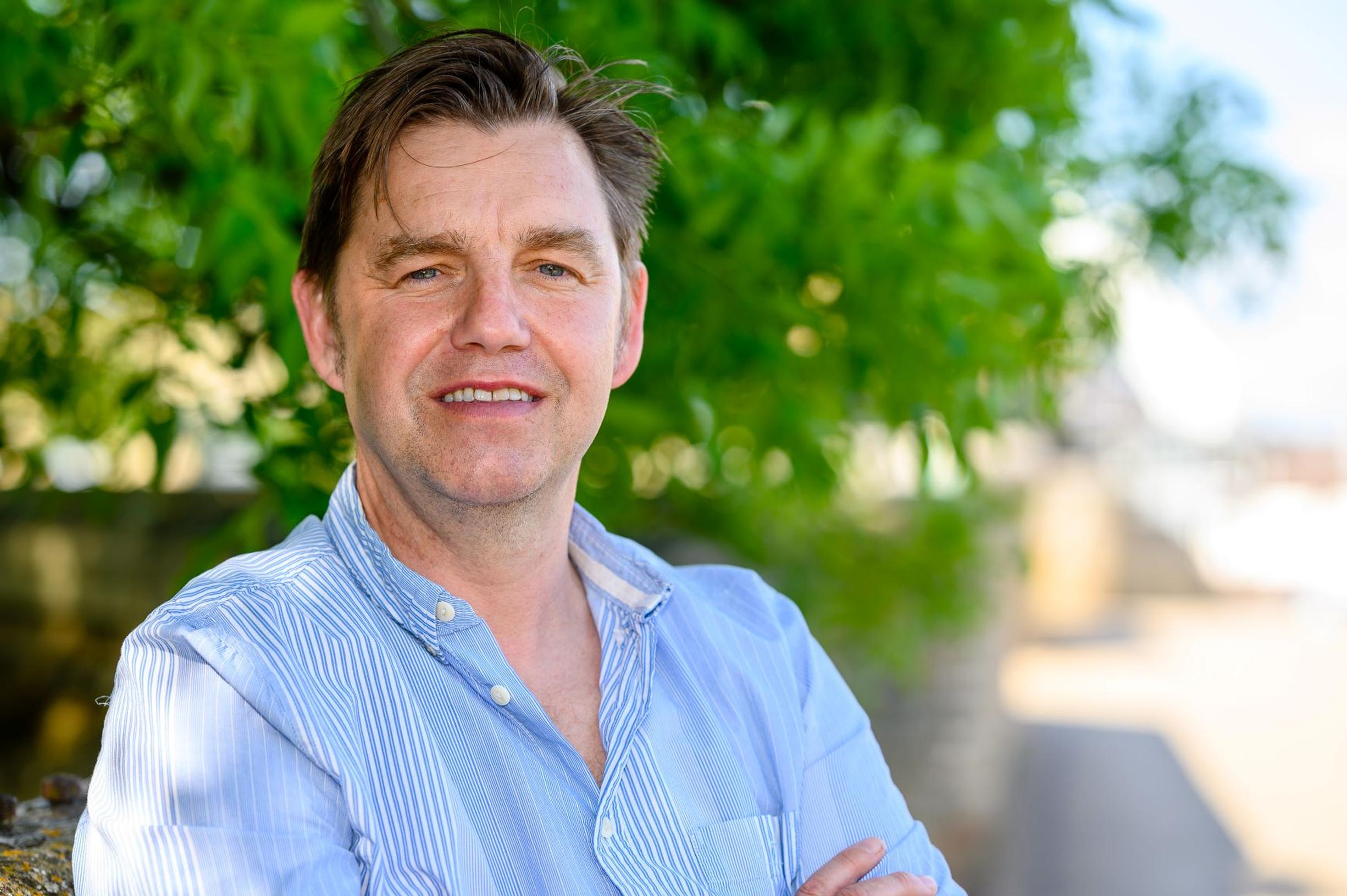 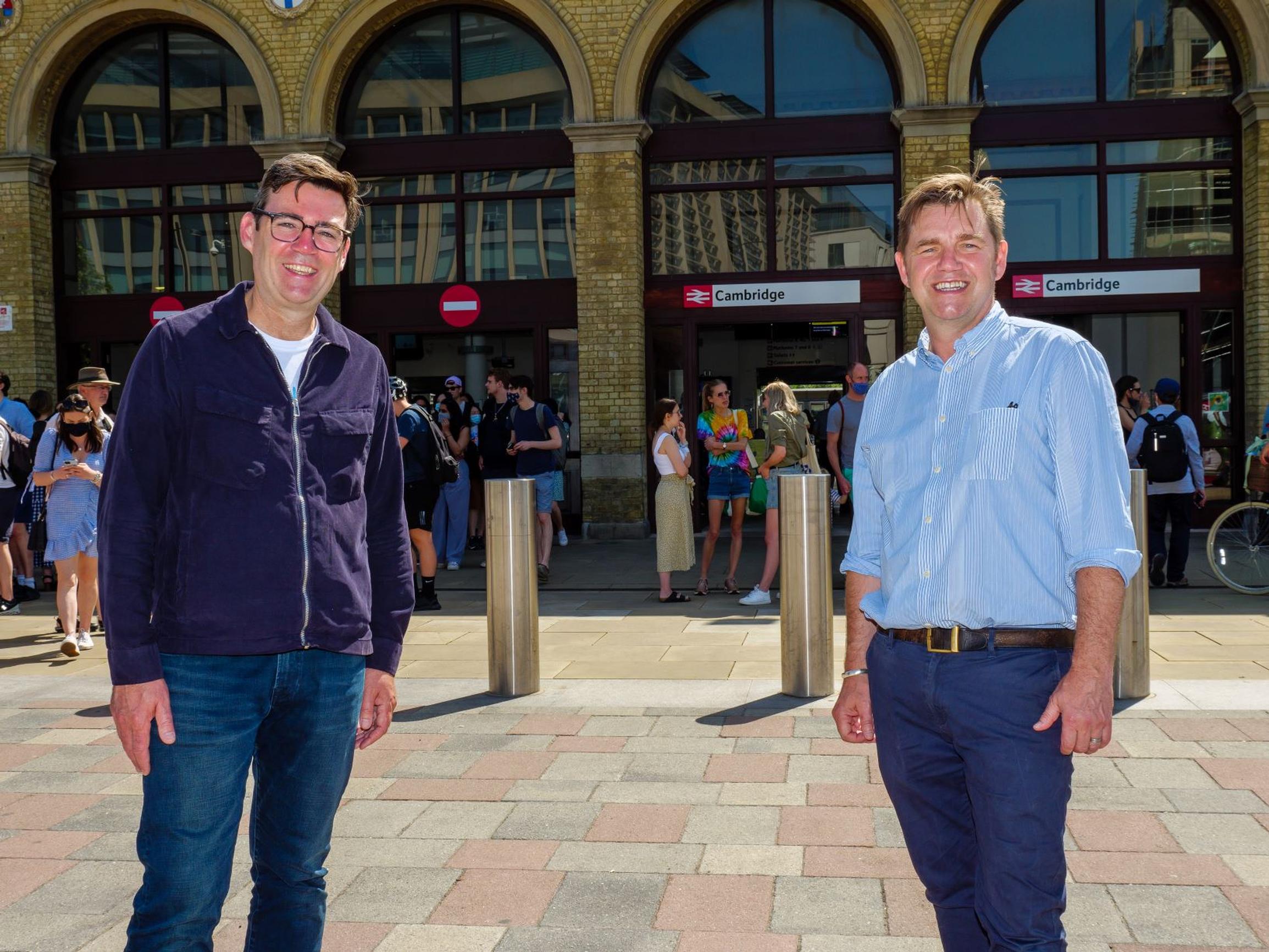 Labour politician Dr Nik Johnson has taken the helm at Cambridgeshire & Peterborough Combined Authority after campaigning against the overfocus on Cambridge in the south of the region. Mirroring the language of the prime minister whose surname he shares, Dr Nik Johnson wants to switch focus to “levelling up” the county’s more deprived north.

He is upturning the combined authority’s established transport policy, which proposes a Cambridge Autonomous Metro (CAM) system to tackle Cambridge congestion. This followed an independent economic review which, while comparing Cambridgeshire’s north-south divide to England’s, concluded that Cambridge’s ‘growing pains’ of lengthening traffic delays were “the single most important infrastructure priority”.

Both the CAM scheme and Cambridgeshire transport policy had already had a rollercoaster history (see panel on p13) before Johnson attacked autonomous transport centred on Cambridge as “a fool’s folly”. He pledged to instead “ensure that those in the north, Peterborough, March and Wisbech are better-served” and “concentrate on better public transport now”.

“I am campaigning for [the buses] to be brought back into public control,” his pitch summarised.

Don’t assume that because some of the [CAM] proposals were over-ground, we will rebadge them and support them. I want a complete refocus

What next for the CAM?

I asked Johnson whether the authority had to choose between a higher-capacity transit system for Cambridge and bus improvements across Cambridgeshire, and between better public transport in the short to medium-term and a better transport system in the 2030s. The combined authority had, under Johnson’s Conservative predecessor James Palmer, published a ‘notice of intention’ to consider franchising – with the pandemic having made developing a business case difficult.

“I would not put it as black-and-white as that,” Johnson said. “The previous mayor was focusing on the CAM project. My argument was that a re-focusing is required. We have to get a bus improvement plan in place.”

The new mayor for Cambridgeshire and Peterborough vowed to “put the Fens first” in a speech to the UK Innovation Corridor, a champion for London – Cambridge science and technology clusters. He also, however, acknowledged to its business and research leaders the need for a transport solution for Greater Cambridge.

“In one of the cleverest communities on the planet, we can work together to solve the challenge of crossing a medieval city centre by public transport and bringing car use down.” Johnson, speaking from the authority’s offices in Ely, said: “Undoubtedly, there is a problem in Cambridge; but there is also a problem with a lack of connectivity in the north.”

The formal decision on the future of the scheme will be made by the combined authority board, which alongside Johnson as the chair, has seven members, two Conservative, two Liberal Democrat and two Labour council leaders and an independent from the local enterprise partnership.

The chief executive and the director of delivery and strategy will bring a report to the September meeting of the board. Johnson, however, as chair of the board, set out at its meeting in late July that the scheme “should not be supported”.

Officers, in the paper to the board, said the first reason the mayor cited was the projected “high cost”. Two of three consortia – one led by Dromos Technologies and another by Mott MacDonald – working on design concepts suggested a surface-level system, to avoid the cost of tunnels (LTT, 22 March).

Asked if a pared-down version of the scheme costing a quarter of the £4bn cost could be supported by the authority, Johnson said: “Don’t assume that because some of the [CAM] proposals were over-ground, we will rebadge them and support them. I want a complete refocus.”

The mayor also said he is not against transit systems per se, but that the vehicle for delivering any possible transit in Cambridge is the Greater Cambridge Partnership, and not the authority. This is in stark contrast to his predecessor, who had wrested control of the planning of the first of the first CAM route from the partnership (LTT, 21 Feb 20). One of Johnson’s reasons for withdrawing the authority’s support for the project is that the Cambridge travel-to-work area is already benefiting from the £500m ‘city deal,’ and he wants to use the authority’s own resources to benefit the whole county.

“The Greater Cambridge Partnership has been given money to deliver solutions in that area. It might look like a light rail network in the longer-term. We will work with them,” he said. The partnership had been at loggerheads with previous mayor James Palmer over whether its inner core transit routes upheld his wider vision for the CAM scheme. “We should listen to people and what they want,” Johnson said. “How do you show people you care and how do you work together in a cooperative manner?”

Meanwhile, the company formed to deliver the CAM scheme, One CAM Ltd, has taken the decision to start to wind down its activities after the election of a candidate “not supportive of the project as a whole”. Its future will also be decided in the autumn. It is also considering standing down consultants. Johnson had criticised the authority’s spending on consultants during the campaign.

Busway to the Fens

As part of the work on the autonomous metro, the combined authority told LTT last year that Wisbech could be the setting for testing the CAM, connecting Wisbech on the course of the old railway line connection to March (LTT, 7 Feb 20). Asked if this is one piece of One CAM’s work that will still be taken forward, Johnson simply said: “Yes.”

“We have to take the good stuff that was developed by One CAM.” He said this is his focus, and not any possible extension of the Cambridge to St Ives guided busway to the Fens, an idea he endorsed in the local press. A combined authority spokesperson told LTT last year that connecting March and Wisbech with an autonomous vehicle system would test the concept as a short-term fix. So, is such an experimental scheme likely to be a way to improve the accessibility of the Fens?

“I am all for innovation,” Johnson said, in an apparent correction to the message anybody might take from his opposition to the CAM project. “I am tasking our transport group to be just as innovative [as they have been to tackle Cambridge’s transport issues], for the benefit of the population of the Fens.”

A year ago the combined authority spokesperson said that this would not remove the need to reopen the Wisbech to March railway line, closed to passengers in 1968 and to freight in the year 2000. The combined authority had asked consultant Mott MacDonald to undertake a study for re-opening the line. Johnson believes that opening the railway line would result in a proposal for a waste incinerator to go ahead. He would instead “currently favour a CAM-style vehicle, tram, bus or light rail that leaves room for sustainable active transport alongside”.

One CAM will continue for the time being, pending a decision on its future in September. Johnson said he wants to capture learning from the company in order “to come up with a solution for the Wisbech to March route”. Meanwhile, Johnson has started to flesh out his flagship policy pledge of “taking control” of buses.

He told the local press after his surprise victory that there is a need “to understand where the profits are being made and by what organisations” so that “the less profitable routes are provided in a more coordinated way”. And in his speech to the UK Innovation Corridor, he said he had “insisted my team work at pace on the statutory assessment for an ambitious franchising plan to transform public transport in the Fens and Peterborough”.

The region’s 2018 independent economic review concluded that the combined authority area does not work as one functional economy, but three, given the low levels of commuting between the Fens and Cambridge, and between the Fens and Peterborough. Johnson said this needed resolving, and would be an objective of his “refocused” transport plan.

“The connectivity challenge faced by the market towns means that the opportunity to level-up is not freely available.” His priority for bus market reform is to improve bus frequencies. Pre-Covid 19, Peterborough had higher bus patronage per head of population than the average for England outside London at 44 journeys per head of population a year. But Fen market town bus services, in contrast, have low frequencies and ridership.

Johnson wanted to ensure that all Cambridgeshire residents “can get to places quickly”. Before he was elected he had met Greater Manchester’s metro mayor Andy Burnham – who had set out his plans for bus franchising prior to being re-elected in May – and met him again in Cambridge last month. Burnham is pressing ahead with franchising, aware of additional financial risks posed by Covid-19.

Will bus market reform increase frequencies in the Fens, given franchising in the denser Greater Manchester will only slow the contraction of its network in coming years? Johnson said: “We have to improve transport in the north of the county.” Transport for Greater Manchester (TfGM) has said that franchising provides a better platform from which to invest in buses; this will require further funding. Johnson, echoing this point, said: “It’s the first part of an ambition to improve connectivity across the board.”

In Greater Manchester, affordability will be improved for only some passengers (although fares for all will give access to a wider, integrated network). In Cambridgeshire, Johnson has identified implementing a pledge for free travel for 16 - 18-year-olds and subsidised travel for 19 - 25-year olds as the priority for improving affordability. Asked for the rationale for this, he said: “Their travel needs are forgotten about and they are missing out on opportunities. We can get them into the habit of using buses.”

The mayor, mindful of how Burnham “came a cropper” with legal challenges, added a note of caution. The business case will be considered by a bus operators forum set up under independent chairmanship, bringing together representatives of passenger groups, employers and the CA, alongside all the bus companies operating.

His namesake at Number 10 shortly afterwards made a keynote speech in which he backed shire mayors “to improve local services like buses,” in a possible outbreak of the “cooperation” Dr Johnson prescribed.