Ministers answer Parliamentary Questions on bike share: 'local authorities would find it useful to have powers to regulate schemes' 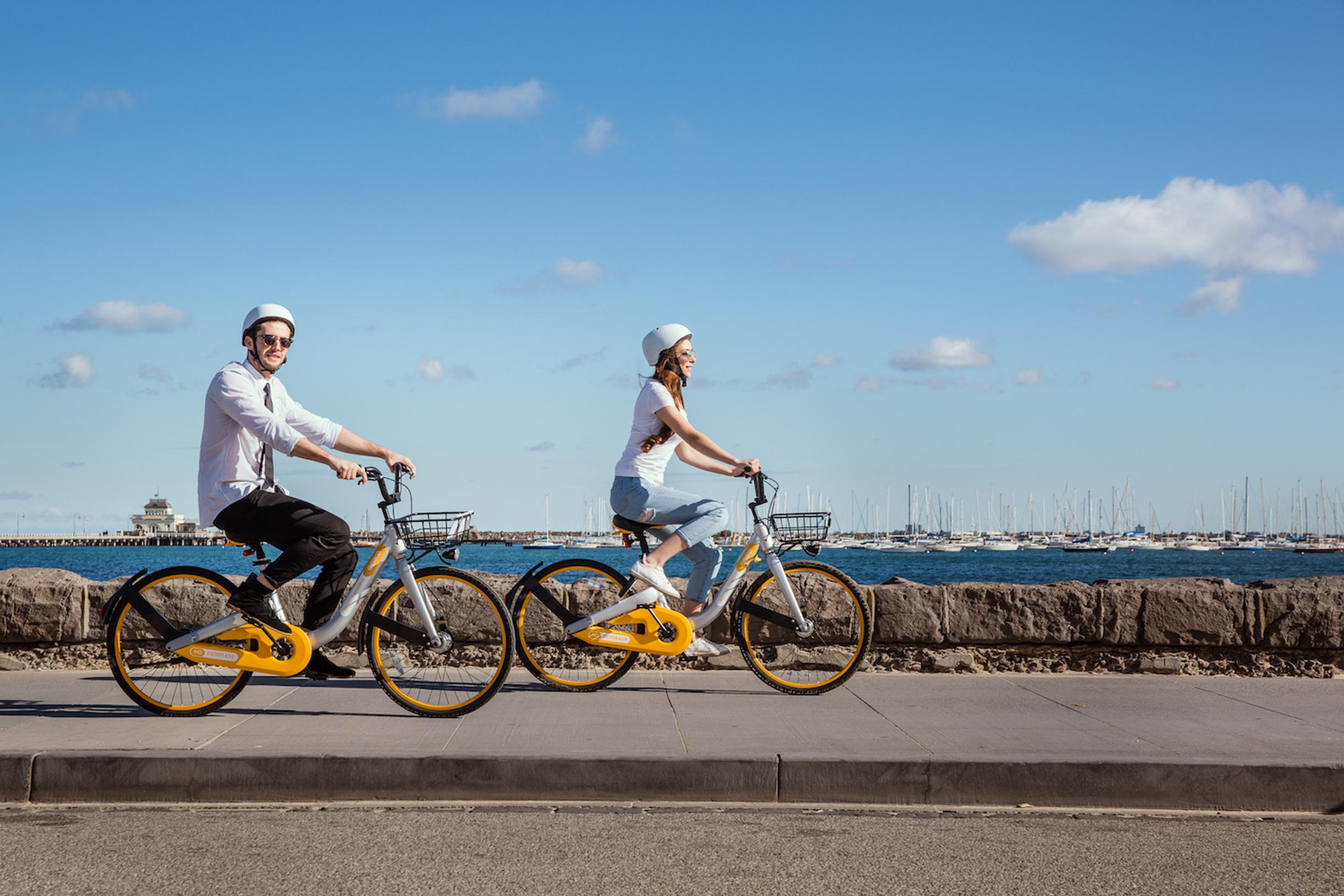 In the past week or so, Transport Ministers Jesse Nornam and Baroness Sugg have answered several Parliamentary Questions (PQ) from fellow MPs and Lords about bike share schemes and cycle safety. The increasing volume of queries and concerns about bike share schemes, in particular, indicates how seriously local authorities are taking the issues of regulation and control – and of future developments in bike share business models and scheme operation.

A PQ is a question put formally to a government minister about a matter they are responsible for by an MP or a member of the Lords, and PQs may be asked orally - during ministerial question time in either Chamber - or in writing. PQs are used to seek information or to press for action from the Government, and the latest flurry of PQs has related to regulation: Local authorities currently have powers to act if bicycles, including shared bicycles, are causing an obstruction or nuisance.

Andrew Percy MP, Conservative, Brigg and Goole, for example, asked the Secretary of State or Transport what assessment his Department has made of the effectiveness of the powers available to local authorities to regulate and manage bike-share schemes. The response from Jesse Norman, Parliamentary Under-Secretary, Department for Transport, was that: 'Local authorities currently have no powers to regulate bike-share schemes in their areas, but they have powers to act if bicycles, including shared bicycles, are causing an obstruction or nuisance. The Department has received representations to the effect that local authorities would find it useful to have the power to regulate these schemes, and is continuing to discuss possible ways forward with stakeholders.

The question from Steve McCabe MP, Labour, Birmingham, Selly Oak, to the Secretary of State was around the assessment he has made of effectiveness of bike-share schemes in supporting improvements in air quality. Again, the response came from Jesse Norman, who replied: 'The Government agrees that bike-share schemes have the potential to deliver various benefits, provided they are introduced and managed responsibly, but has not carried out any detailed assessment of their potential impact on air quality.'

He also noted: 'Department for Transport officials have met representatives from most of the major dockless bike-share companies operating in the UK, as well as from some local authorities and boroughs where they are trading. The question of a possible national standard has been raised at several of these meetings. The Department is also inviting various stakeholders to a workshop in January where this matter will be discussed further.'

Baroness Randerson, Liberal Democrat Lords Spokesperson, Transport, was also keen to know from Her Majesty's Government what assessment they have made of the growth of bike-share schemes in the UK. This response, from Baroness Sugg, Parliamentary Under-Secretary, Department for Transport, re-iterated that ministers have been doing their jobs and investigating the issues: 'The Department for Transport continues to have regular dialogue with local authorities and others, including bike-share providers, about the growth of bike-share schemes and its potential impacts. The Department has, in recent months, met bike-share providers including Ofo, Mobike and Urbo, and local authorities including Cambridgeshire County Council and Transport for London to discuss some of the issues raised by the growth of bike-share schemes. She added: 'Under the Highways Act 1980, local authorities have the power to act if bicycles are causing an obstruction or nuisance on local roads or pavements. While they have no specific powers to regulate bike-share schemes in their areas, the Department for Transport is discussing possible options with them, and other stakeholders.

Andrew Percy MP, Conservative, Brigg and Goole, had another PQ for the Secretary of State for Transport, regarding whether the Government's current review of cycle safety will include bike-share schemes.

Jesse Norman replied that: 'The Department will be considering a wide range of issues as part of the review, and is currently finalising the terms of reference for it. A call for evidence is due to be published in early 2018.

‎Regulation is a 'red herring'

Charles Carey, Director at Biella Research, which has developed what he calls a 'high density, inexpensive, docked bike share scheme', says that it's the bike share ‘debate’ that needs disrupting, not the technology. 'The positive transport planning angle for bike share is being sidelined into a polarised debate,' he says. Traditional docking station systems are expensive and either funded by public money or deep pocketed sponsors, and are 'pulled' into communities, he says. Dockless systems are 100% privately funded and are ‘pushed’ into communities.

In his opinion, regulation and accreditation is a ‘red herring’ and risks stifling innovation, especially if it is over prescriptive. Apart from one London Borough, dockless systems are not cluttering the streets and Oxford is happily coping with at least three providers. Although oBikes, from one of Oxford's operators, are this week being taken 'off the street in Oxford,' says a spokesperson, 'as we want to make sure we keep to the standards of operations as signed in the code of conduct with the Council. oBike moved to a new business model in December, the Global Business Partnership Programme (GBPP), in order to localise operations and tap into local expertise and experience. The GBPP is already successfully running in many countries of operations, including France, Italy, Germany and Spain. Here in the UK, we are currently in conversations with potential partners.' While discussions are ongoing, oBikes will be removed.

Do dockless schemes meet transport planners' needs, asks Carey? Encouraging cycling is not the same as decongesting urban centres through modal shift from the car to multiple shared transport modes, he notes. The latter requires:

Or, he asks, is there space for other solutions? 'Nowhere in the UK is there an example of a bike share integrated with metro/bus/train hub and working between a key site of employment such as a business park or university campus.'

'Such a model would emulate the Netherlands OV Fiets system, and requires no redistribution costs. It is scalable across key locations in towns and cities across the UK. It can be cost neutral to the public purse and bring business benefit to transport operators. In addition, he continues, nowhere is there an example of high density bike docking (dockless or with docking station): 12 bikes/car parking space is an attractive proposition for a wide range of situations. Using a social enterprise based model for operating a bike share scheme, can drastically reduce costs and can be scalable to larger schemes.. It also brings a fantastic ‘youth engagement’ story. Transport planning needs to encourage lower cost systems which can be cost-neutral, yet within their control.'

And, while we're on the subject of control, in the latest bout of thoughtless vandalism towards bike share, police in Sheffield have said they will refuse to collect any more of the city's new shared Ofo bikes which have been dumped. According to a spokesman from Manor and Arbourthorne Neighbourhood Police Team: 'Bike shepherding isn't in our job description,' the BBC was told. 'But according to Ofo no-one, including police, is expected to collect or move the yellow bikes.' Instead, damage can be reported on social media or the number on the bike. Interesting times ahead.