We must prepare for a driverless future – however it plays out

It is unclear how autonomous vehicles will change cities, so policy and decision makers must carefully consider their likely impact on transport interchanges, urban realm, freight, regulation and mobility as a service, says John Siraut 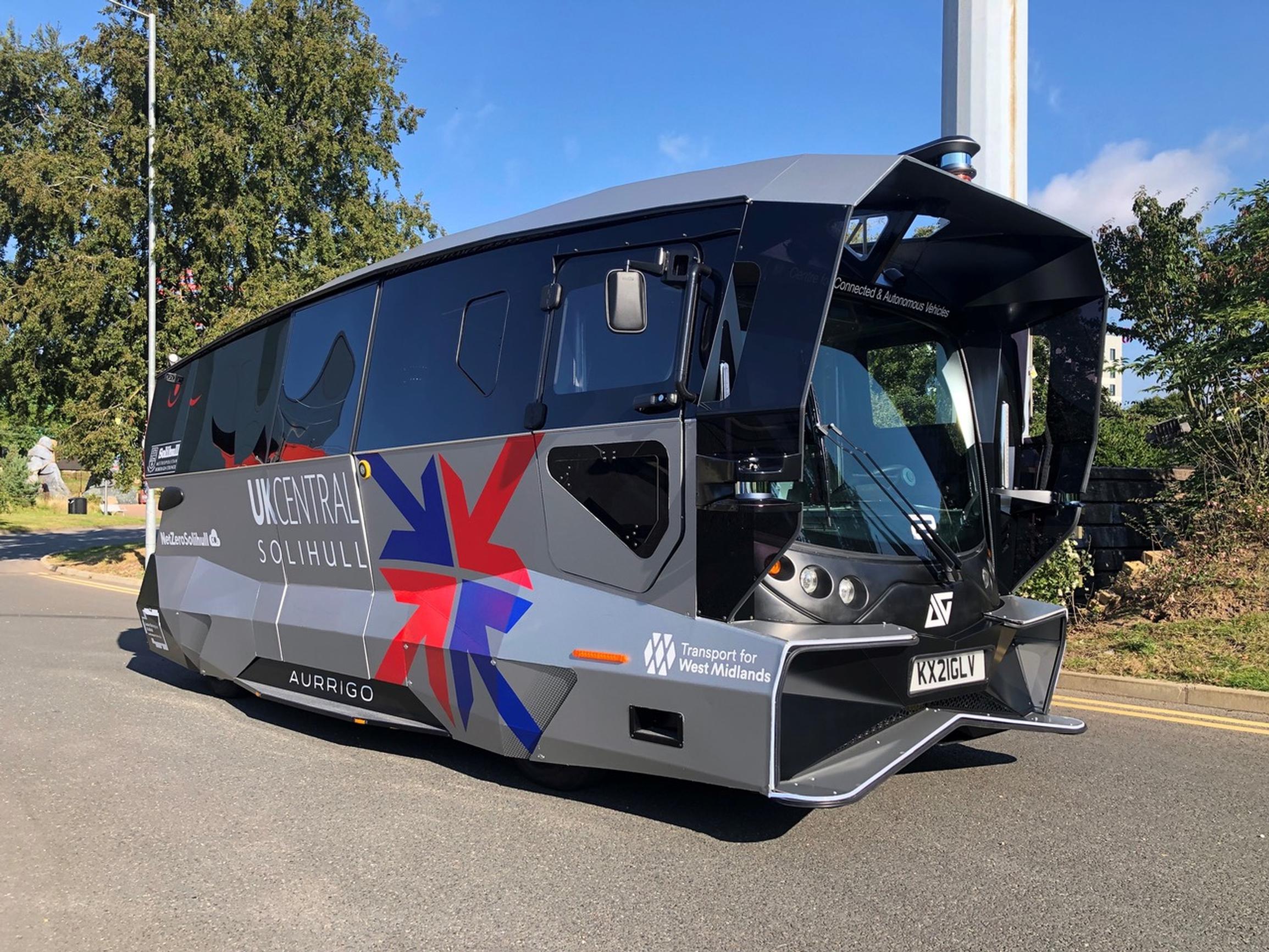 The trajectory from the present intensive testing of autonomous vehicles to the day when all vehicles are 100% autonomous at all times is unknown. In fact, it may never be completed. Even the chief executive of Waymo (the company whose cars have clocked up more than 20 million miles on public roads) has said that autonomous vehicles will require driver assistance for many years to come, and that the technology is unlikely to ever operate in all weather conditions without some sort of human interaction.

However, the majority of new cars now contain a degree of autonomy including self-parking, cruise control, vehicle detection and avoidance systems, lane-departure warnings and interconnectedness with other vehicles.

One could argue little has changed in the world of road transport over the last 50 years. Now the potential introduction of interconnected and autonomous vehicles could see a fundamental change in how our roads and cities operate. It is a move that could bring changes as great as the transition from horse drawn carriages to the internal combustion engine.

There are lots of opinions and assertions but little underlying evidence as to how autonomous vehicles will impact on our cities. There are conflicting propositions, ranging from a utopian world where mobility is cheap, seamless and available to all; to a dystopian world of wall-to-wall traffic, large sprawling cities and people spending hours in effectively a mobile workplace/home.

New technology has radically improved information provision for drivers and public transport users, but it has generally had limited impact on how services are provided and operated. That is, until the recent entrance of new transportation network companies such as Uber and Lyft. Despite the hype and challenges associated with these types of companies, all they have effectively done is improve the link between potential passengers and providers of taxi services. This has reduced wait times for passengers seeking a ride and for drivers seeking a customer, resulting in a fall in generalised costs (the sum of monetary and non-monetary costs of travel, such as time) for passengers, and hence an increase in the use of taxi type services.

In England between 2015 and 2019 the number of licenced private hire vehicles rose by a third, leading to concern about congestion caused by ride hailing-app services. It was reported that Uber drivers in London, Nottingham and Glasgow spent 35% of their time cruising for work, 23% driving to a pick up and just 42% of the time carrying a passenger. In addition, a high proportion of ride hailing trips were previously undertaken by public transport.

So, this simple change in applying better information to an existing mode of transport, which has a very small share of the overall market (just 1% in London for example), has had material impacts on public transport use and congestion. If this has occurred with just the application of better information to an existing market what will happen when an effectively new mode of transport enters the market?

The rise and impact of ride hailing apps caught policy and decision makers by surprise and has led to cities around the world playing catch up to bring their regulations up to date. While there is considerable uncertainty about when autonomous vehicles will be seen on our city streets and their impact, it’s clear they could be extremely disruptive, hence the need to start thinking and planning for their potential introduction.

The connection between transport and city planning has long been recognised. In the past workplaces and residential areas needed to be close to each other as people walked to work. Historic European cities were built around walking and the horse and cart, leading to narrow streets and a high population density. By 1911 over 5 million people lived in inner London, by 1991 that had fallen by over half to 2.3 million. With the introduction of trams, buses, trains and cars, people became more dispersed. While not invented by the car, at least in the UK, suburban living was greatly accelerated by it.

Public policy has struggled to keep up with the changes driven by transport, new technology and changing lifestyles. For example, the move to car friendly out of town shopping centres and business parks undermined many weaker town and city centres. Then, when policies were put in place to support town centres, along came online shopping and the decline of the high street accelerated.

Given these changes that have, in part, been driven by transport, what will be the implication of autonomous vehicles on our cities?

Greater car use, the demand for drop-off and pick-up places, vehicles circulating or parked up while waiting to be hired, may lead to demand for more road space, not less, in the future

Improvements in road transport have tended to lead to the dispersion of people and businesses. Congestion, travel time and cost have tended to be the limiting factors to this trend. The pandemic has rapidly accelerated existing trends towards more flexible working hours, and an ability to work remotely has led to people being prepared to commute longer distances either fewer times a week or at less busy times.

Autonomous vehicles potentially offer door to door transport, alongside the ability to do other things while travelling. Also, with journeys possibly being quicker due to reduced congestion, sprawl may increase as people move further away from their workplaces, especially if they no longer need to commute daily.

Following the pandemic, questions have once again been raised about the future of city centres that until recently had seen a resurgence in residential and commercial development. Employers will locate where they can maximise their potential workforce, but will this lead to a resurgence of the out-of-town business park once again, based on a car commuting workforce and resulting in a move away from city centres?

There is a presumption that autonomous vehicles will remove the need for parking spaces in our urban areas, providing opportunities for either further intensification and or an increase in open spaces. Certainly, some early US research found increased activity in selling car parks in areas with high use of ride hailing apps. It suggested that owners are selling due to falling demand. However, it’s not clear whether there will be any reduction in the number of cars on the road, hence their need for parking spaces.

Even if there is a switch to more rented/hire type arrangements, the demand for travel is not constant throughout the day, as anyone who has spent time watching taxi ranks or drivers providing ride hailing-app services parked up waiting for their next trip can testify.

In addition, as more people use autonomous vehicles and want to be picked up or dropped off at a particular location, chaos is likely to occur unless the process is managed, and spaces are provided for them. Imagine 10,000 people descending on a sports or concert arena wanting to be dropped off at the door on arrival and picked up from it as soon as the event finishes. This would not be feasible, so managed pick-up and set-down places will be required instead. They may be smaller than the car parking space presently provided, but could still be substantial enough.

Greater car use, the demand for drop-off and pick-up places, vehicles circulating or parked up while waiting to be hired, may lead to demand for more road space, not less, in the future.

An alternative view is that the move to autonomous vehicles will have a similar impact to car clubs in reducing car ownership. This may mean more people giving up their car, and greatly reducing their dependence on them.

This, in turn, will lead to people making more local trips in their neighbourhoods by walking, cycling or public transport, and turning our cities back into collections of villages which are relatively self-contained. With the roads empty, some of the land dedicated to road transport could be repurposed for other uses in the same way former railway freight yards have been in many of our cities.

However, cities are successful because they bring together economic activity allowing greater specialisation, larger employment and leisure choices and agglomeration benefits. Self-contained villages or sprawling conurbations fail to deliver these benefits.

It is clear that whatever changes autonomous cars bring to our cities there is a need for policy and decision makers to think and plan for them. From considering impacts on transport interchanges, urban realm, vehicle design, freight delivery to regulation and mobility as a service, there is plenty of food for thought for city planners.

With innovative technology changing the face of travel faster than ever before, the need to be ahead of the curve has never been greater.

John Siraut is director of economics at Jacobs

This article is a condensed version of John Siraut’s chapter in Cities for Driverless Vehicles: Planning the Future Built Environment with Shared Mobility, edited by Xu Zhang and newly published by the Institution of Civil Engineers.