Is bus bounce-back hitting the wall? 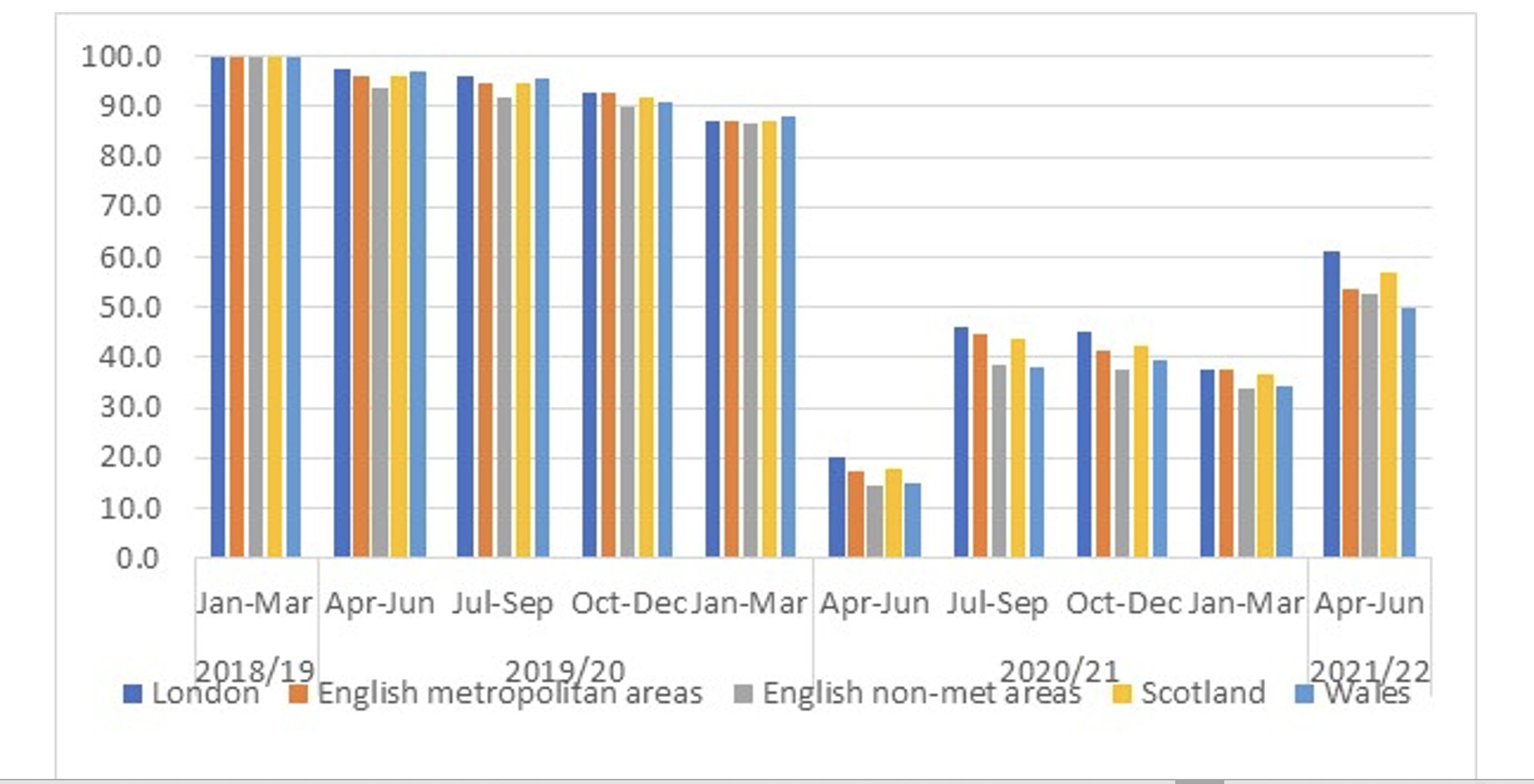 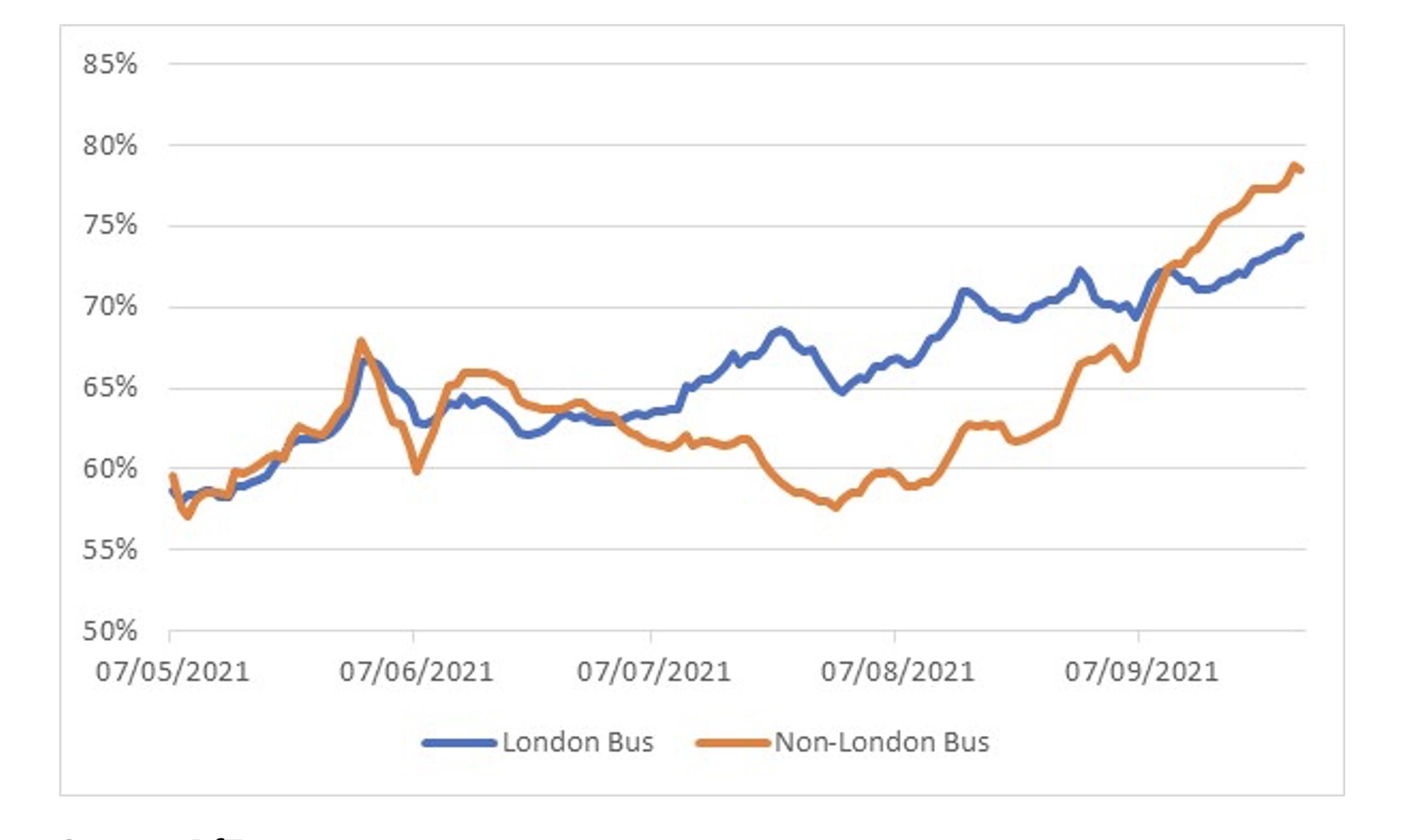 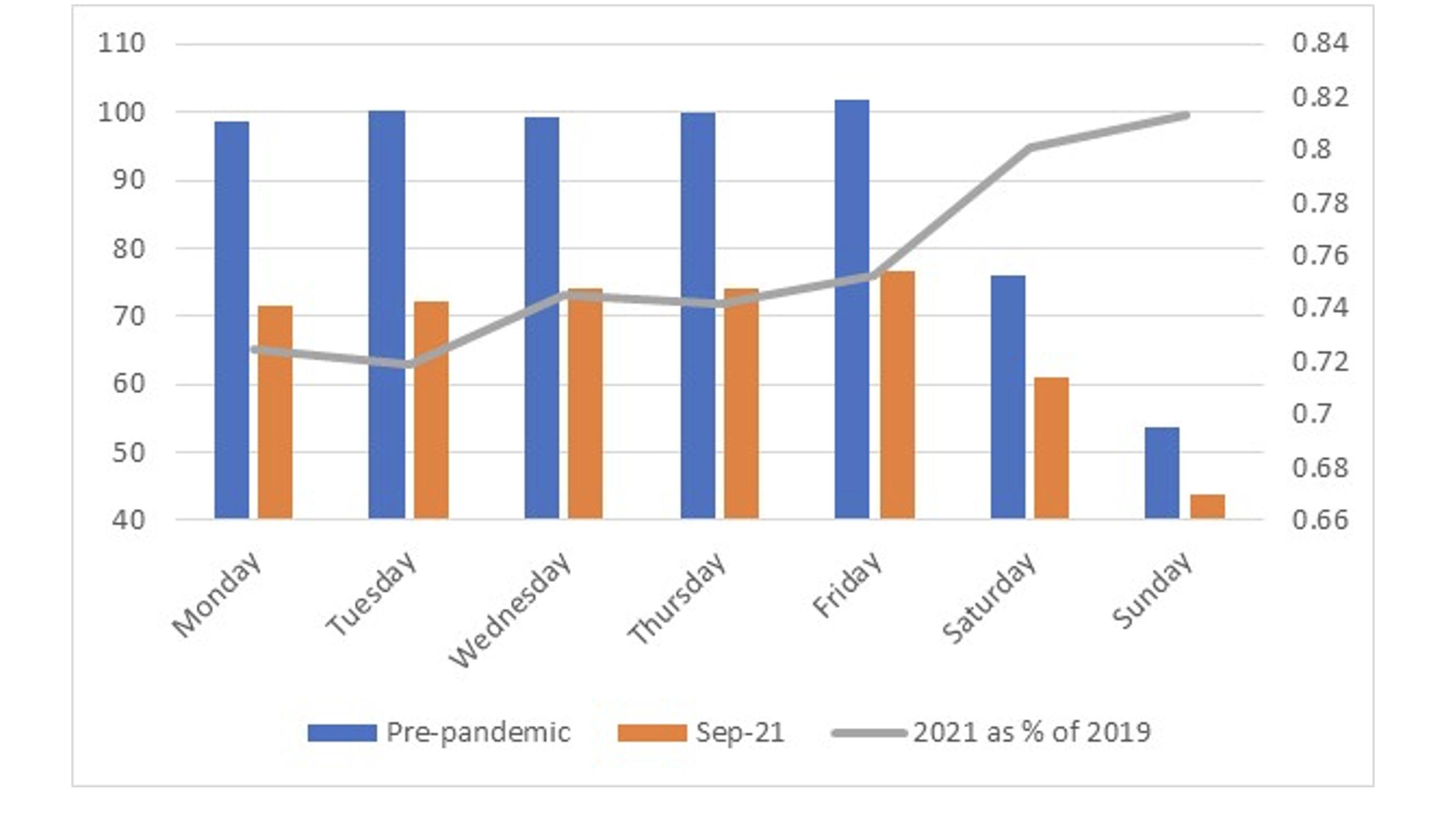 Over the last few months there have been many articles and discussions about the future of the workplace, and how slowly or quickly passengers are returning to the rail network. However, there has been far less coverage on whether people are using buses to the same extent as they were pre-pandemic.

The latest DfT statistics highlight there was an ongoing decline in bus use pre-pandemic. As Figure 1 shows, even the previous bright spot of London has seen a steady fall in patronage in recent years. During 2019 bus use fell by nearly 10% across the five spatial areas covered by the data. As travel and other lockdown restrictions were lifted this year, bus use has recovered by varying degrees. By the second quarter of 2021, demand in London was around 60% of the level in the first quarter of 2019, while in Scotland it had reached 57%, but in Wales demand was only back at half its previous level.

The DFT has been publishing regular transport usage data for England throughout the pandemic. For bus use it splits out London from the rest of England. Figure 2 shows these two data sets moved in tandem between May and July 2021 with bus use generally 60-65% of normal. They then diverged over the summer with use in London continuing to grow while outside of London it fell. This may be because school/college users represent a higher proportion of passengers in the latter area. However, since September 2021 bus use has recovered strongly outside London (up to nearly 80% of pre-pandemic levels) and continues to grow steadily within London, reaching nearly 75% of pre-pandemic levels.

On the face of it, the two data sets are telling slightly different stories. One says that London has performed better than other parts of the country, while the other suggests it has performed less well. This may, in part, be due to the fact they cover different time periods, or due to different sampling techniques used for the non-London bus services.

There has been a lot of discussion about how changing work patterns have impacted commuting habits. However, while a high proportion of rail commuters are office workers with flexibility on the days they come into their workplace, this is not always the case for bus passengers, who are more likely to work in jobs such as retail and hospitality, which cannot be undertaken from home. Hence, bus patronage is far more even during the week than rail demand.

Figure 3 shows the daily distribution of bus passengers in London before the pandemic and during September this year. Pre-pandemic, bus use was very similar on each weekday, on Saturday patronage was around 75% of the average weekday and on Sunday it was around 55%.

There is now greater variation during the week with patronage on Friday being around 10% higher than Mondays. Figure 3 also shows patronage now as a percentage of patronage pre-pandemic by day of week. So, Tuesday has seen the largest fall, down by 28% compared with Friday’s 25%. But Saturday and Sunday are now both over 80% of their pre-pandemic level, highlighting that it is leisure trips that have recovered the most.

John Siraut is director of economics at Jacobs