Measuring the impact of Covid-19 on cycling 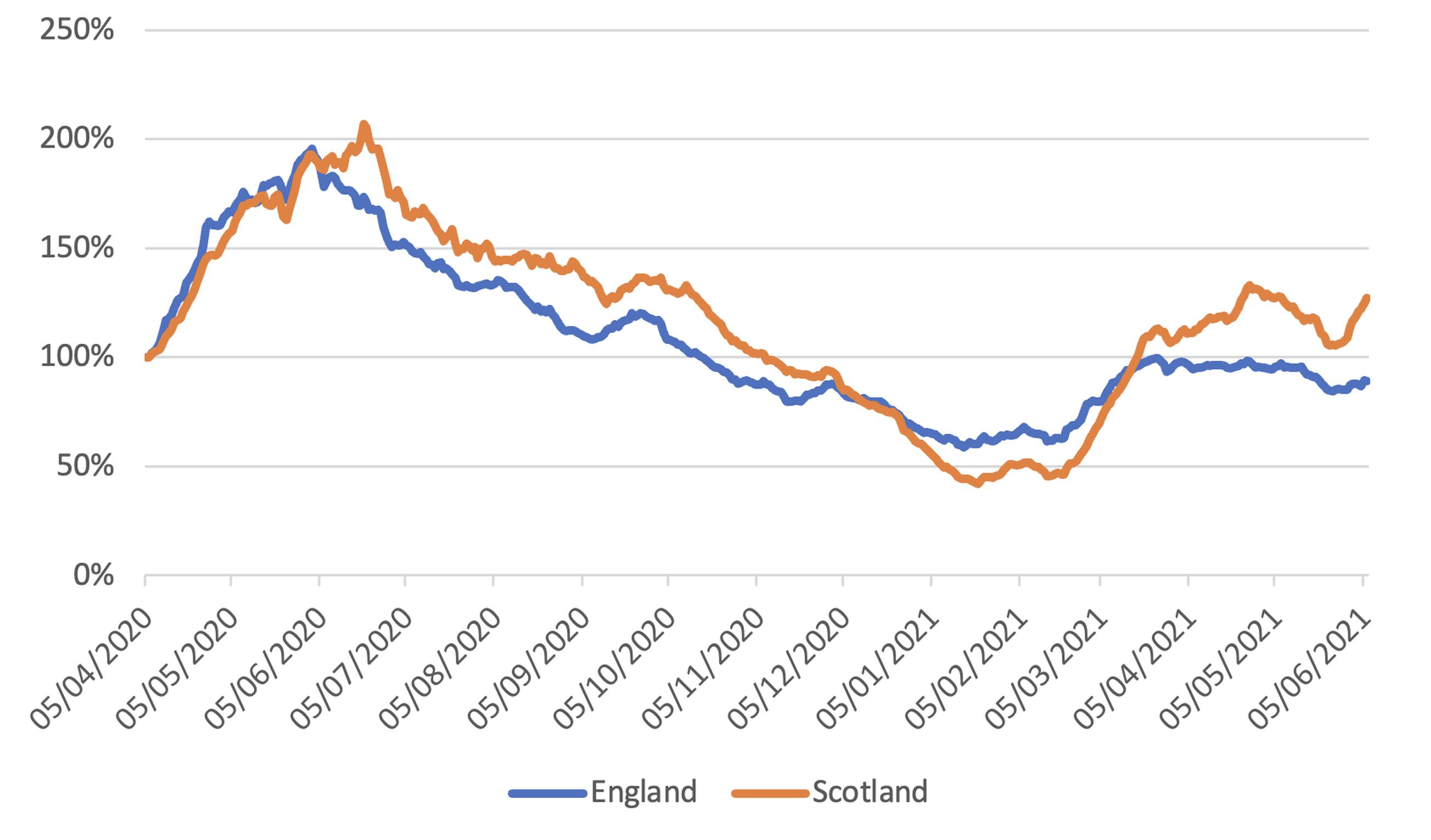 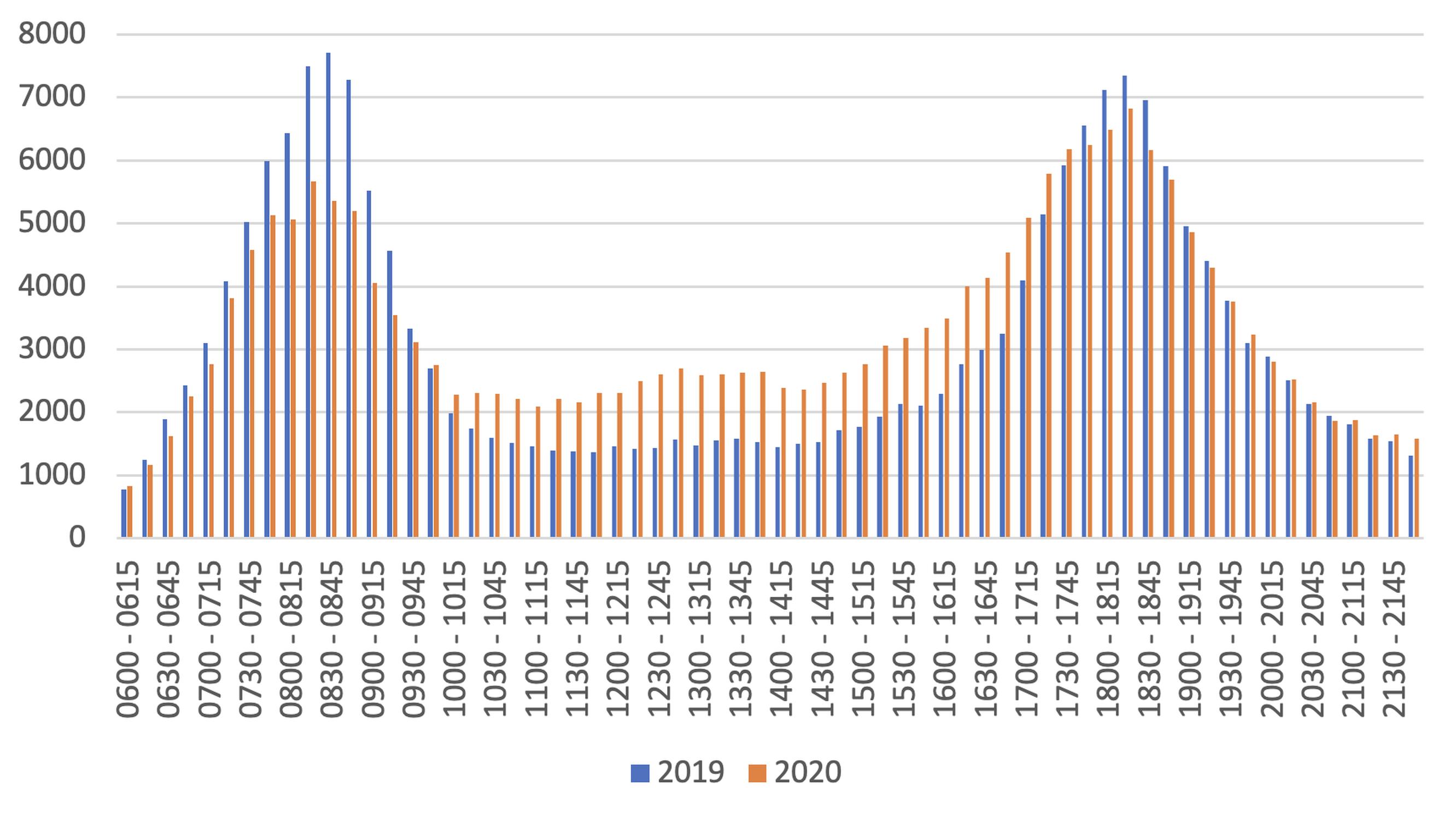 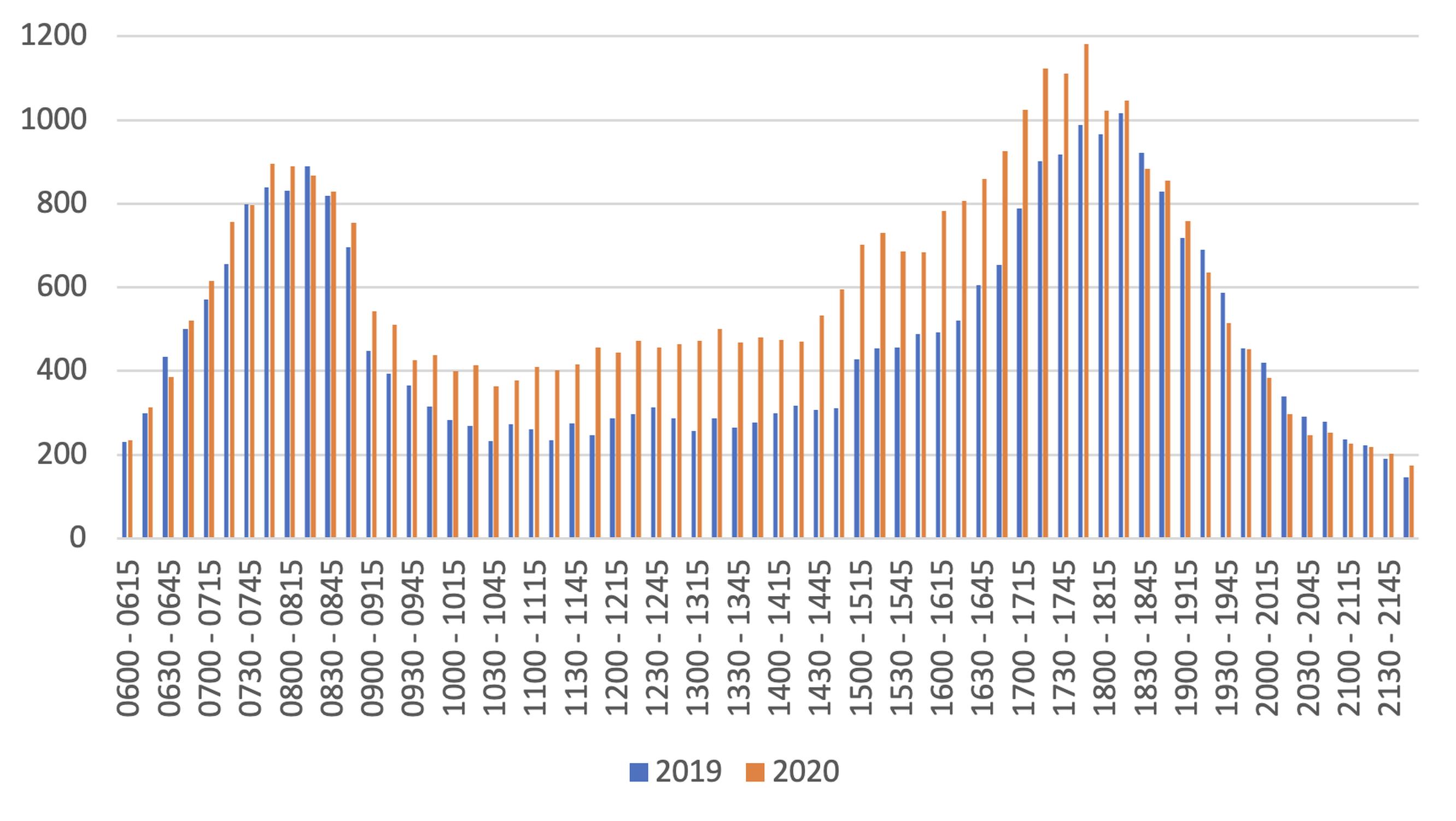 During the first lockdown in March 2020, there was a massive increase in cycling as the roads emptied of motorised vehicles and people turned to their bikes. Pop-up cycle lanes appeared in many towns and cities and the BBC ran articles on how the pandemic had sparked a “European cycling revolution”. As lockdowns have eased and road traffic is generally back to pre-Covid levels, what has happened to that cycling revolution?

By its very nature, cycling is a local transport mode and one we are not generally very good at capturing data on. Throughout the pandemic the DfT and Transport Scotland published weekly data on cycle use for England and Scotland respectively. Both data sets show highly erratic movements in cycle use driven by the weather and leisure activities at weekends. To smooth out the data and see if there are any trends, the chart uses a 28-day moving average. As can be seen, both data sets move in a similar way. There was an initial large jump, with cycle use almost doubling in June 2020, followed by a steady decline as the second lockdown and winter weather depressed usage. While cycle use in England has been static for the last few months, in Scotland it seems to be climbing again, but at a much lower level than a year ago.

The biggest cycling datasets are maintained by Transport for London, which publishes detailed information on its bike-hire operation and runs an annual cycle survey. These surveys undertake cycle counts for 15-minute intervals between 6am – 10pm on an average term-time weekday at hundreds of locations across London.

This first chart shows the aggregate results for almost 400 locations in inner London. Early morning bike use, i.e. before 7am is virtually unchanged between 2019 and 2020, but during the morning peak it reduced significantly, highlighting the impact of working from home. However, the reduction is not as great as it was for bus and rail use in London, implying either bike users were more likely to still be travelling to their place of work, or more likely, a larger proportion of those travelling were doing so by bike. During the middle of the day bike use was significantly higher in 2020 than in 2019. While in the evening peak and late evening it was either below the level in 2019, or the same.

The picture in outer London is slightly different. Here over 230 locations have been aggregated. The chart shows that in the morning peak the number of cyclists counted in 2020 was broadly the same as in 2019. This highlights the different nature of the labour market and commuting habits in outer compared to inner London. In the middle of the day cycle use was notably higher than in 2020 but drops back down to 2019 levels in the evening.

The picture from London suggests more people are making local trips by bike during the day, with the possibility that as people return to their workplaces, total cycle use in peak times will return and potentially exceed pre-pandemic levels

The picture from London suggests more people are making local trips by bike during the day, with the possibility that as people return to their workplaces, total cycle use in peak times will return and potentially exceed pre-pandemic levels.

More detailed data is needed for other UK cities to get a better understanding of the major changes occurring on the transport network, such as the transport modes most used and the most popular travel times in the day.

Sales of cycles and cycling accessories reportedly grew by 45% in 2020, which along with data presented here suggests that a cycling revolution is underway and if supported by the right infrastructure could see an on-going increase in cycling for non-leisure purposes.

John Siraut is director of economics at Jacobs.