Legal challenge to LTN thrown out 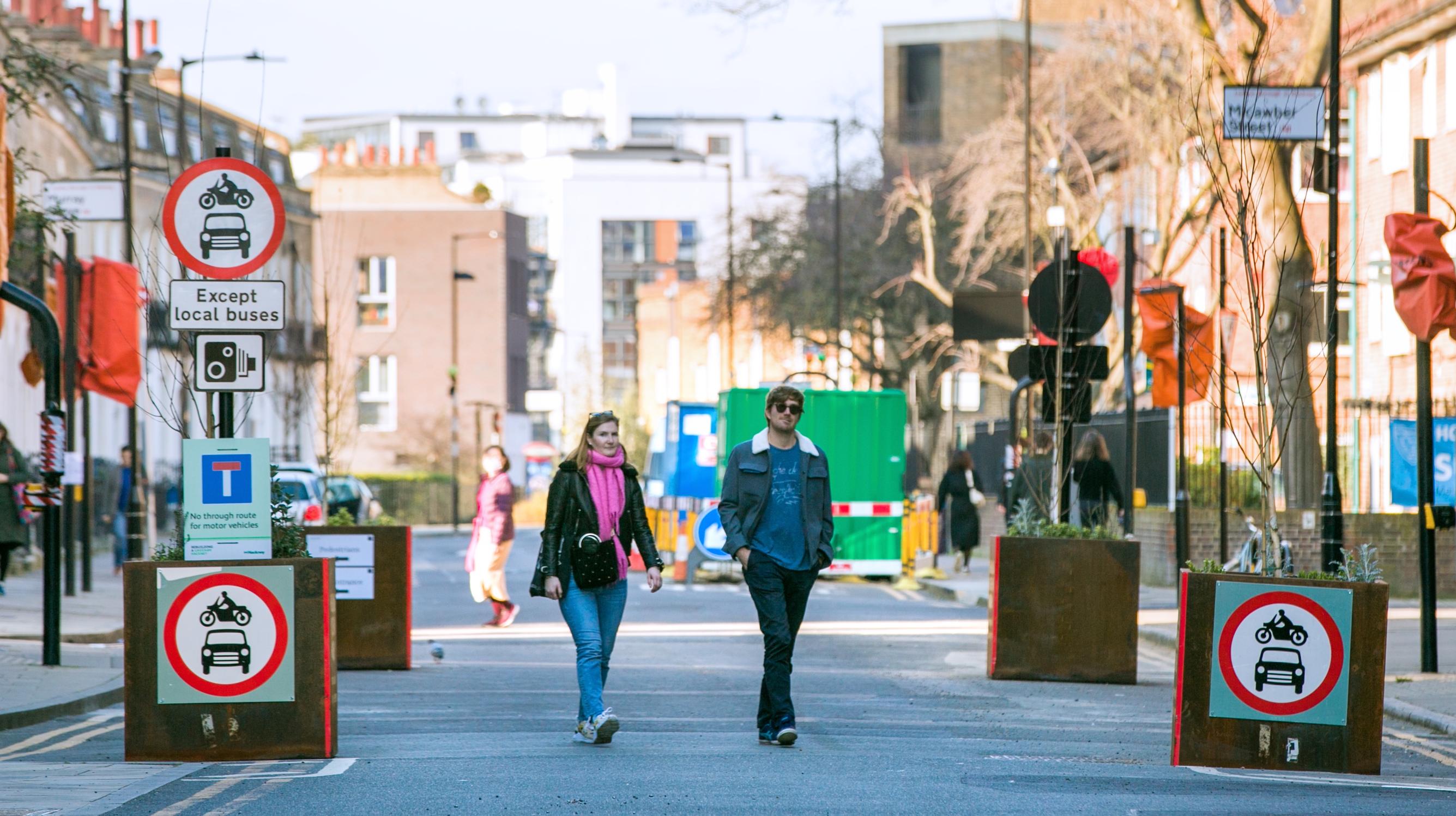 A legal challenge to Hackney’s Low Traffic Neighbourhoods (LTNs) has been rejected by the High Court. The London borough implemented 20 LTNs last year under experimental traffic orders in response to the Covid-19 pandemic.

HHRC said the council failed “to discharge its duty under section 16 of the Traffic Management Act 2004 in approving the ETP proposals”.

The council did not properly examine the impact of the ETP proposals on the movement of traffic, not simply on neighbourhood road networks but also on the busier and more strategic highways surrounding the areas affected by the proposed LTNs, said HHRC.

The ETP also “failed to properly investigate or have regard to the impact on air quality of the LTN proposals”, said the group.

But Mr Justice Dove found that: “In the absence of the global pandemic and the bespoke guidance provided by the Secretary of State for Transport to address it, the earlier 2004 guidance might in some instances have supported deploying the time and resources necessary to undertake detailed surveys and traffic modelling to attempt to predict the operation of the proposals. However, that was not the situation with which the ETP was seeking to grapple.”

HHRC also alleged that the council “breached its public sector equality duty (‘PSED’) under section 149 of the Equality Act 2010 by failing to have due regard in approving the ETP to the impact which its LTN proposals would have upon groups with protected characteristics”.

This argument was also dismissed by Mr Justice Dove. Another issue raised by HHRC was the alleged failure of the council to carry out proper consultation on the ETP, which was “in breach of the consultation requirements of the common law”.

Mr Justice Dove said: “Having considered the claimant's case in respect of all four grounds upon which this application for judicial review is advanced, I am not satisfied that there is merit in the substance of the claim.

“It is therefore not necessary to proceed to evaluate the defendant's contentions in relation to alternative remedy, delay or discretion as, in the result, they do not arise as I am not satisfied that there is any basis upon which the claimant could be entitled to relief.”

After the ruling, HHRC said: “The Honourable Mr Justice Dove found that due to the pandemic emergency, and central Government Guidelines directing urgent action, the previous requirements for prior assessment of the potential impacts on congestion and air pollution, equalities impacts and public consultation were less rigorous.

“Instead monitoring of congestion, environmental degradation, discriminatory impacts and public consultation could be undertaken in the 18-month experimental period following LTN imposition by which time a decision whether to make the road closures permanent must be made.”

The group said it is now considering whether it should, and can afford to, appeal.

Hackney’s cabinet member for energy, waste, transport and public realm Mete Coban said: “The Emergency Transport Plan aligns with the council’s aim to reduce toxic air pollution and reimagine the future of our neighbourhoods, but was produced in the wake of Statutory Guidance to reallocate road space for walking and cycling as part of the recovery from lockdown prompted by the coronavirus pandemic.

“We have always been clear that our ambitions and policies are about reducing toxic air pollution, and reimagining the future of our neighbourhoods. Around 40% of traffic in Hackney passes through the borough without stopping, and our LTNs are focused on reclaiming our streets for local people and supporting them to safely walk, cycle and use public transport.”

The ETP was part of Hackney’s response to the climate emergency, said Coban.  “LTNs are being rolled out under experimental traffic orders, which means that residents can share their views as the schemes are implemented. Thousands of residents have had their say online and in writing during the engagement period for the first stage of our LTN programme. final decision.”