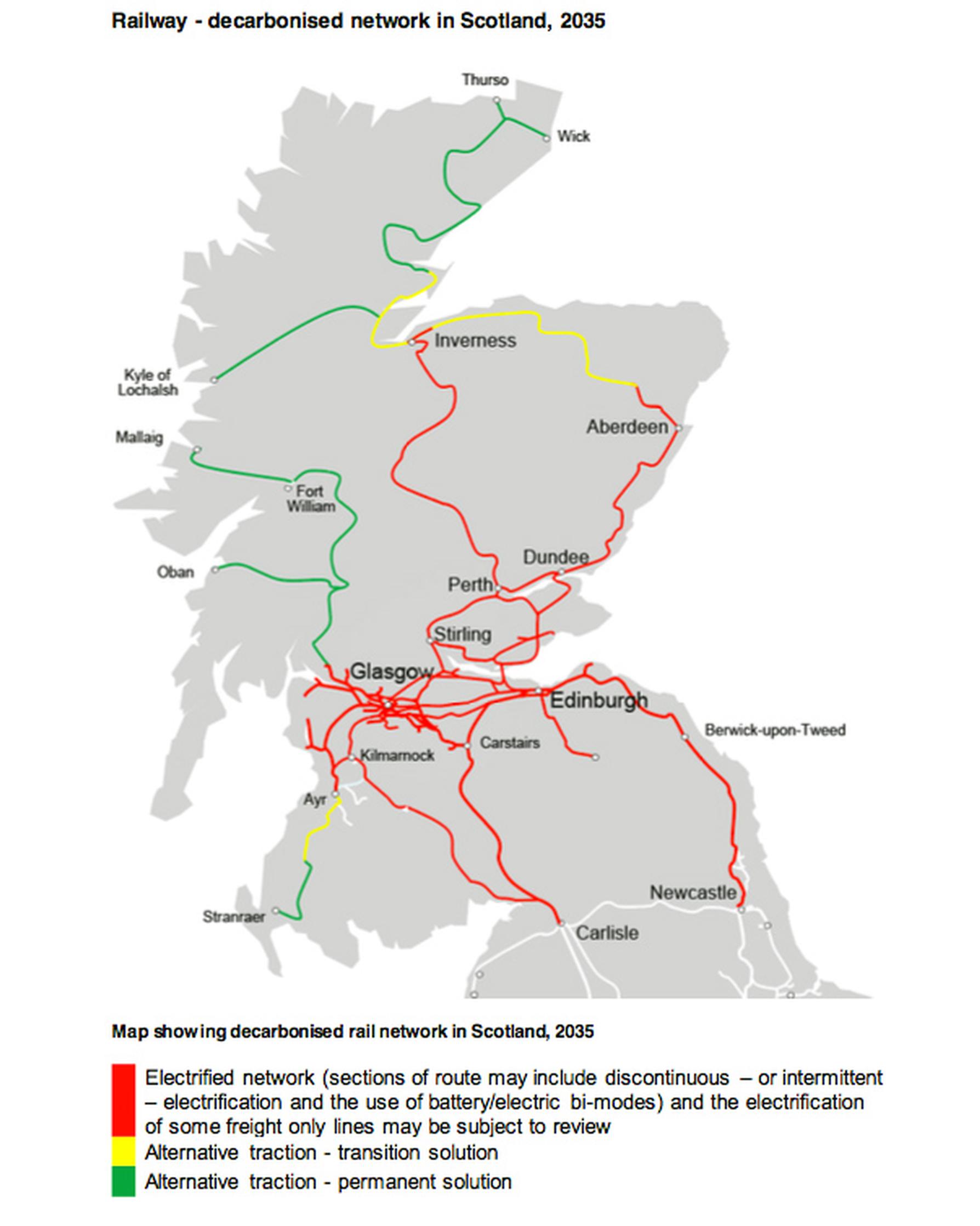 The Scottish Government is proposing a big programme of rail electrification over the next 15 years to meet its goal of eliminating diesel passenger trains by 2035.

Lines between the Central Belt and Inverness and Aberdeen, as well as the line from Glasgow to Carlisle via Dumfries are among those ministers want to wire.

Electrification will not be viable for Scotland’s most rural lines, such as the Far North Line, the West Highland lines, the Kyle Line and the line from Girvan to Stranraer. Options for these lines include hydrogen or battery power.

Scottish transport secretary Michael Matheson said: “Since the recent devolution – at my request –  of Network Rail’s planning and development functions to Scotland, I am pleased that Network Rail, after a two year hiatus, is now re-focused on a rolling programme of electrification.”

Work is currently focused on: