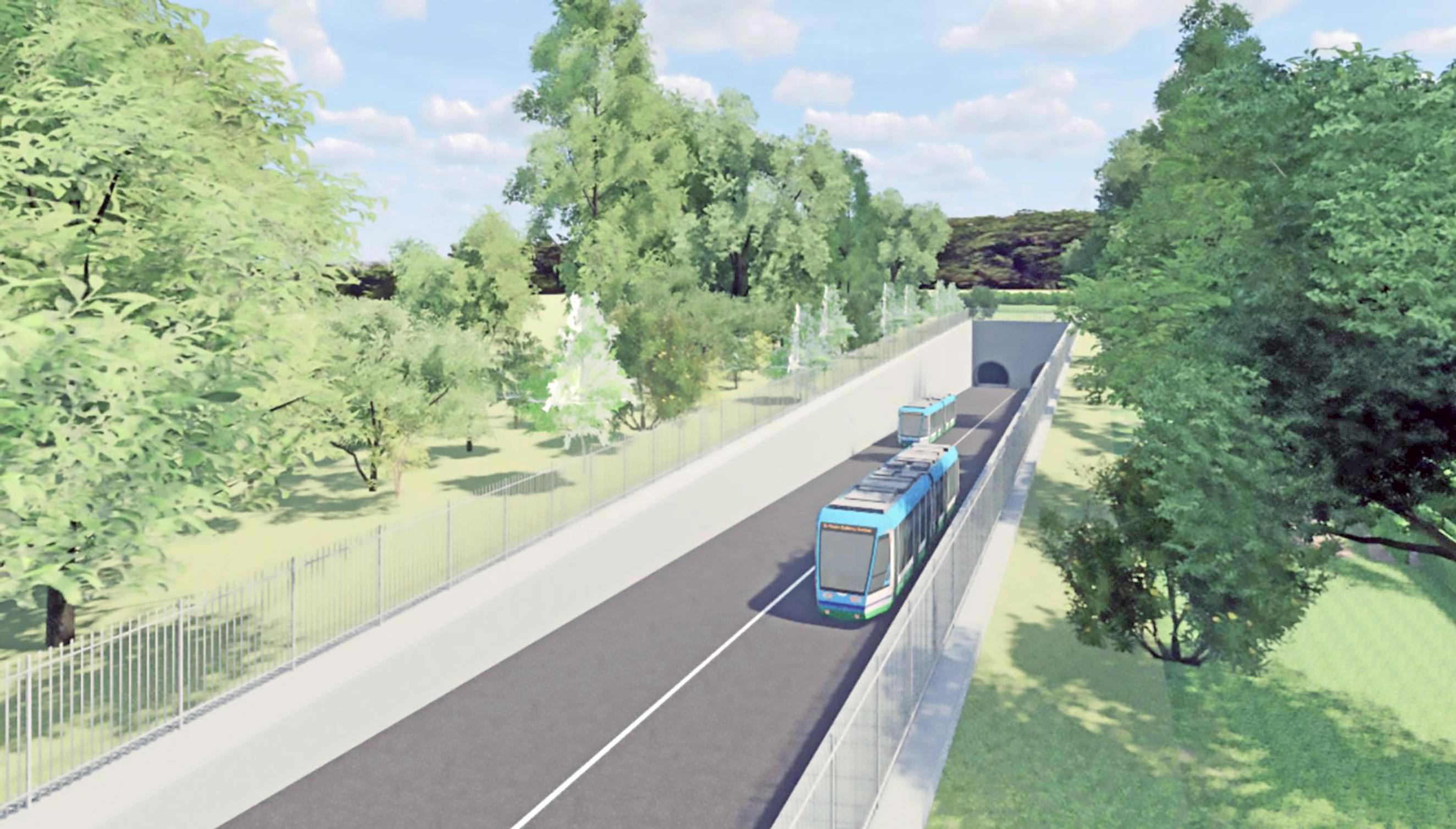 The plan mirrors the way the Government has set up companies to promote major transport  projects such as HS2 Ltd, the East West Railway Company, and Crossrail Ltd.

Combined authority chief executive Kim Sawyer told the combined authority board this week that a company would promote government and investor confidence in CAM. “The magnitude and complexity of the CAM programme is such that unless dedicated resource, funding routes and private sector involvement is not established early within the programme lifecycle, it could potentially miss achieving its objectives and delivery.”

CAM comprises four regional routes converging on Cambridge  from St Neots, Alconbury, Mildenhall and Haverhill. The central section of the network in Cambridge will be in tunnel, with underground stations in Cambridge city centre and at the city’s  main rail station.

“The CAM will be a model of how to move people around small to medium-sized cities,” says a new briefing document prepared by the combined authority. The company could own and market intellectual property associated with CAM to other towns and cities.

“By adopting autonomous and connected technology, the CAM aims to deliver a transport solution with reduced operating costs and increased operational flexibility, safety and efficiency.

“Additionally, by seeking to employ emerging technologies, utilising Cambridge’s brightest minds, and applying the region’s capabilities in advanced engineering, R&D and automation, Cambridgeshire and Peterborough has an opportunity to create a new growth industry around the ‘future of mobility’.”

The combined authority is preparing to recruit a leadership team for the company: a chief executive, a strategy director, a technical director, and a chair.

“These roles will be key to ensuring the next stages for delivery of the outline business case and the development of a funding and financing strategy that will deliver the necessary Government investment to deliver this key project,” said Sawyer.

No further staff recruitment is envisaged at this stage. Consultant Deloitte, which has advised the combined authority on the  governance and organisational structure, suggests that the company could employ up to 30 staff within four years.

The company chair will be recruited on a salary of about £35,000. “Given the unique national significance of this project, a high profile chair will be sought,” said Sawyer. The mayor of the combined authority – James Palmer – will sit on the company board but will not have voting rights.

The combined authority will retain the strategic decision-making role for CAM, for instance selecting routes.

The company will develop the CAM business case and its funding and financing strategy.

As well as Government funding, CAM could be funded by sources such as the Community Infrastructure Levy, Tax Increment Financing, business rates and private equity funding.

CAM will be planned alongside proposals for new ‘garden villages’, with land value capture helping to fund the network.

The CAM company will be responsible for obtaining consent for components of CAM, likely under the Transport and Works Act 1992. It will procure and manage contractors to undertake design and construction.

An organisational design for the project, prepared by Deloitte, says the CAM company will “run CAM as a programme, ensuring the alignment of the city centre tunnel section the four regional routes and the GCP corridors”.

The latter will be managed by the GCP. “The GCP procures and manages their own contractors (separate to the SPV) to design, engineer and construct the GCP corridors.”