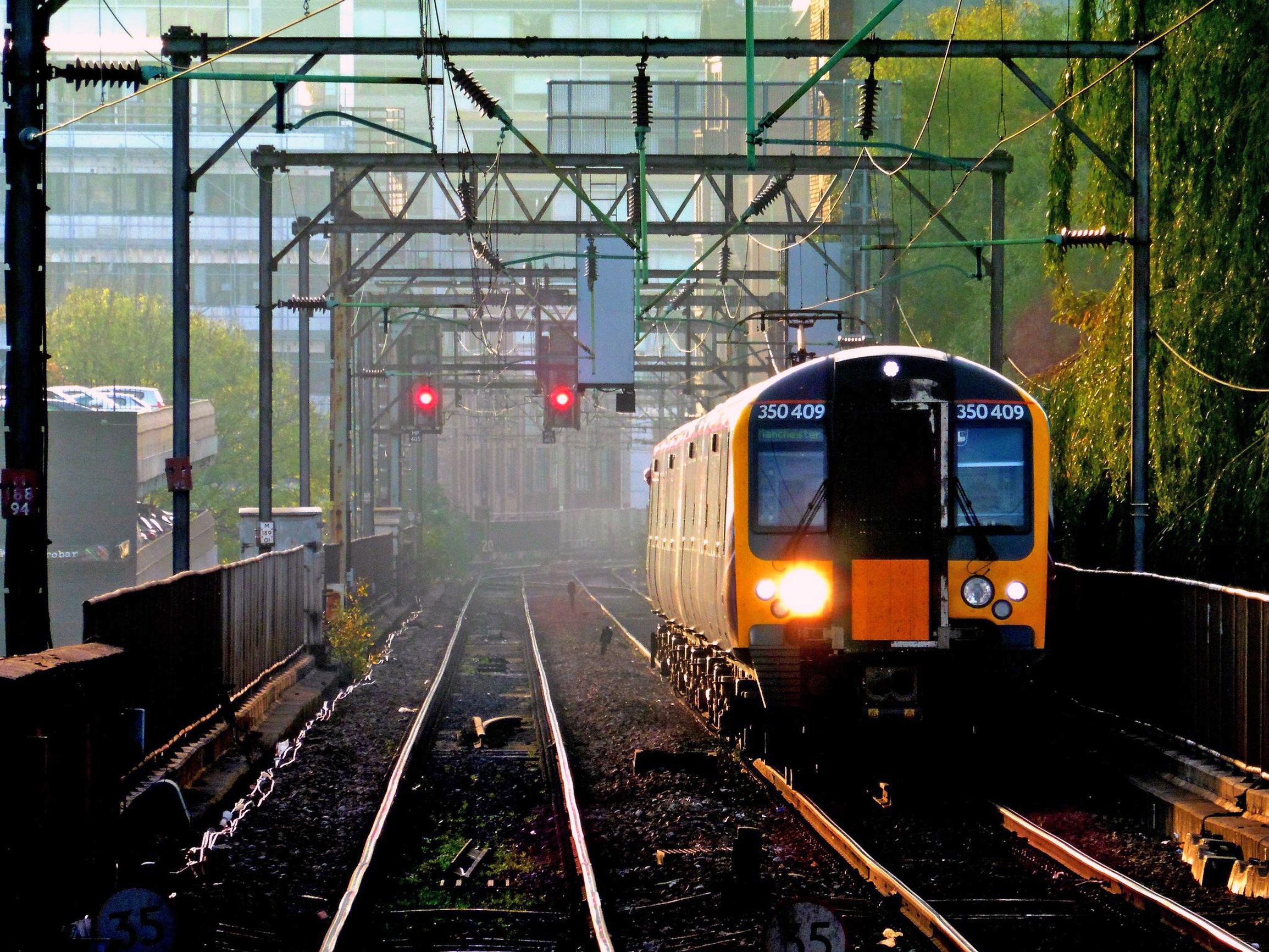 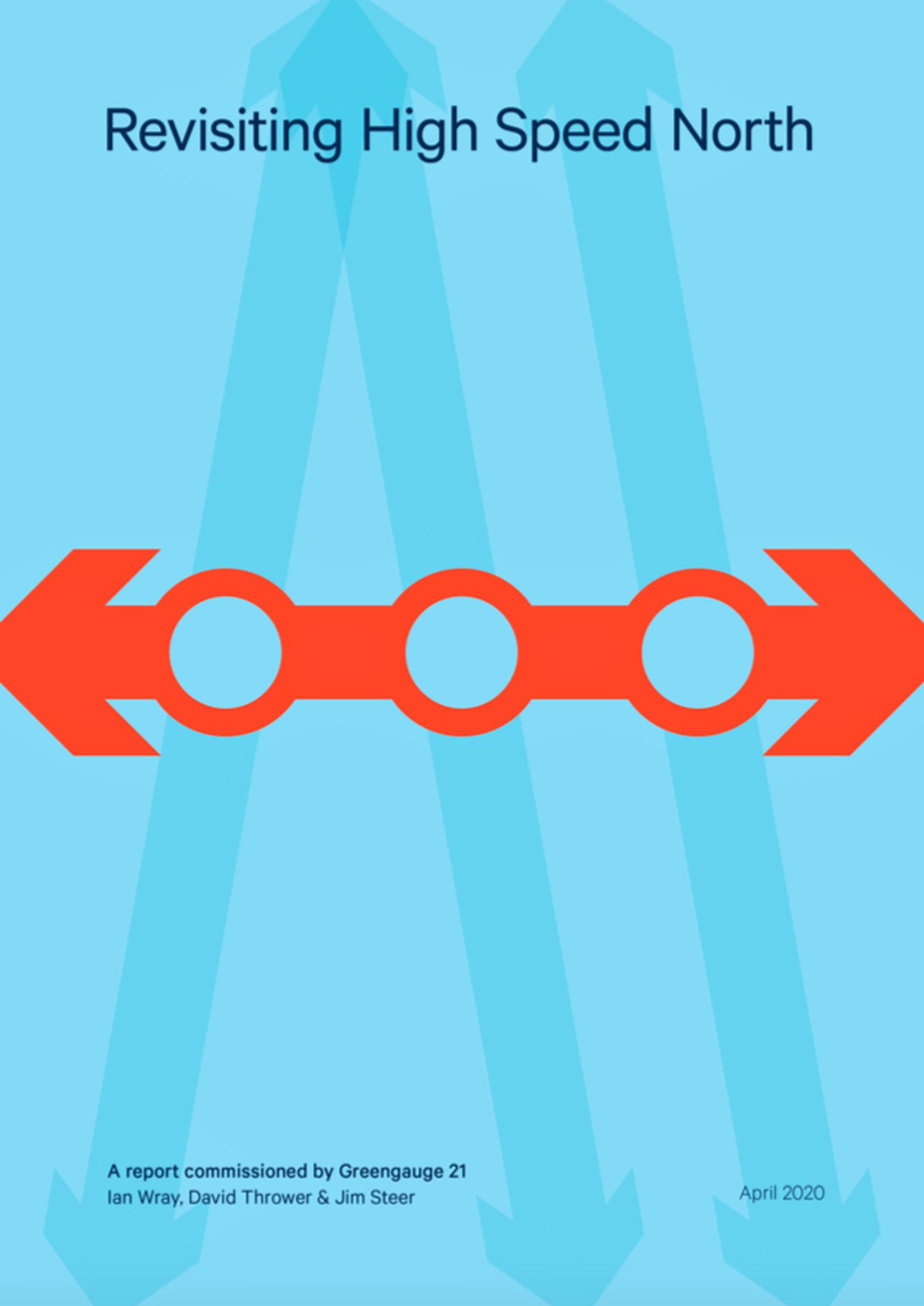 A rail tunnel under Manchester is the best way to relieve the notoriously congested two-track Castlefield corridor between Deansgate and Piccadilly stations, according to a new report.

The report revisits ideas originally set out in the High Speed North paper of 2014 authored by the late planning expert Sir Peter Hall, Wray and Thrower.

Greengauge hopes its new report will influence the Government’s new integrated rail plan for the Midlands and the North. This is reviewing Northern Powerhouse Rail (NPR), HS2 Phase 2b and other possible investments (LTT 21 Feb), and will be informed by a piece of work by the National Infrastructure Commission (LTT 17 Apr).

Wray, Thrower and Steer say the delivery of rail improvements in the north of England need to be accelerated. “As they stand, plans for NPR have become intertwined with HS2, utilising significant parts of currently proposed HS2 investment north of Crewe. In consequence the timescales, uncertainties and risks associated with delivering NPR are now joined by the timescales, uncertainties and risks connected with HS2 Phase 2b.

“Taken together, these projects now have a current price tag of circa £80bn and completion cannot be expected before the 2040s. This is just too late.”

They acknowledge spending pressures, noting that the £80bn cost of these projects “may not be acceptable post-Covid”. “Moreover, cost estimates for HS2 Phase 1, made at the stage of development now reached by Phase 2b and NPR, increased substantially later.”

They continue: “Basically, the North’s rail network is over-loaded right now. Some solutions may be found in the short-term, perhaps cutting some services so that those that remain can be operated with acceptable levels of reliability.

“But what comes next? Where is the medium-term plan to address the problems of rail network congestion, readily apparent at Manchester, but incipient in other major cities where central stations and approaches have inadequate capacity?

“While it is true that other more modest schemes exist that could be delivered earlier (the Trans-Pennine Route Upgrade (TRU) being the prime example), they too do not tackle these network problems.”

To ease capacity pressures in Greater Manchester, the report champions an east-west tunnel from Ordsall in Salford to an underground station at Piccadilly.  The tunnel would be used by inter-regional express trains from Chester and North Wales, Liverpool, Blackpool, Barrow and Glasgow in the west to Leeds, Bradford, Sheffield, Hull, York and Newcastle in the east.

“Connected to the existing railway on the southeast side of the bigger Piccadilly long-distance station, it [the tunnel] would provide enhanced connections to Sheffield as well as via the future NPR to Leeds, Hull and Newcastle and via HS2 to Manchester Airport, Birmingham and London.

“This need not wait until the full Phase 2b and NPR plan comes along.”

A tunnel would enable the existing two-track surface Castlefield corridor serving Deansgate, Oxford Road and Piccadilly to be dedicated to city-region rail services. Network Rail says this currently has capacity to accommodate 13 trains per hour each way, though the actual number of trains operated rose to 15 in 2018.

Says Greengauge: “With a unified train fleet in the style of Merseyrail Electrics, this corridor could become Manchester’s Thameslink, with computer-controlled 24 trains per hour through the central section of a wider network.

“These operations could be transferred to Transport for Greater Manchester in a long-term concession, equivalent to the successful Merseyrail electrics operation.”

The new Greengauge report is not the only piece of work looking at how to resolve Greater Manchester’s rail capacity problems.

Network Rail is undertaking its own analysis of options for the Castlefield corridor. Meanwhile, last year Manchester City Council received a report from consultant Bechtel suggesting that HS2 and NPR services could be accommodated in an underground station at Piccadilly. The current plans of HS2 Ltd are for HS2 services to run into new surface platforms on the north side of the station.

The new Greengauge report also discusses freight traffic on the Castlefield corridor. Trains serve the Trafford Park container terminal to the west of Deansgate. Sub-national transport body Transport for the North recently asked the DfT to investigate options to remove these trains from the corridor (LTT 06 Mar).

Says Greengauge: “Trafford Park terminal is at present only accessible by rail from the east (i.e. by traversing Manchester city centre). Although this is unhelpful for passenger services, enforced closure of the depot would be undesirable.”

• An access route from the West Coast Main Line to the Liverpool-Warrington-Manchester line, so that the Trafford Park terminal can be accessed from the west. “Since [some of] these trains are electrically-hauled, this would also require electrification of this second line between the two major cities via Warrington, which is desirable in any event.”

Greengauge’s report is less detailed about enhancements elsewhere in the north of England. “The central stations in the major northern stations are simply running out of platform space and need more capacity and better approaches,” it says.

“Strong travel markets such as Harrogate-Leeds currently operate with only two trains/hour, but much greater use would be made of a service with doubled frequency that becomes close to a ‘turn-up-and-go’ facility.”

The report discusses the possible junctions, or ‘touchpoints’ between the NPR and HS2 networks, which have been identified by the DfT and TfN.

Wray, Thrower and Steer note the “possible replacement of the connection at Touchpoint 2 [east of Leeds] with an extended version of Touchpoint 3 [between Sheffield and Leeds] to provide a running connection northwards from HS2 to Wakefield and Bradford”.

In March, the West Yorkshire Combined Authority reported that the NPR co-clients, Transport for the North and the DfT, were investigating the case for a Clayton North Junction that would allow northbound trains from HS2 to access an upgraded Doncaster to Leeds route via Wakefield, and with a re-instated Wortley Curve to enable direct access to Bradford.  (LTT 23 Mar).

Wray, Thrower and Steer says that other matters still needing to be resolved include whether:

They also discuss other rail freight capacity challenges in the north of England. “Getting freight capacity across city centres is not in the remit [of the Trans-Pennine Route Upgrade]. It remains unclear whether in the longer term Northern Powerhouse Rail would help. That would provide capacity relief to existing trans-Pennine routes, but it does not create cross-city routes for freight.

“The extension of HS2 northwards will set fresh challenges for freight in the North. The extra capacity created on the network south of Crewe by HS2 Phase 1/2a is not matched by spare capacity available north of Crewe.

“The gains of HS2, in terms of released capacity for rail freight, risk being wasted unless some measures to increase track capacity north of Crewe are made in the period to 2030.

“This is likely to involve some four-tracking of the Crewe-Weaver Junction section of the West Coast Main Line.”