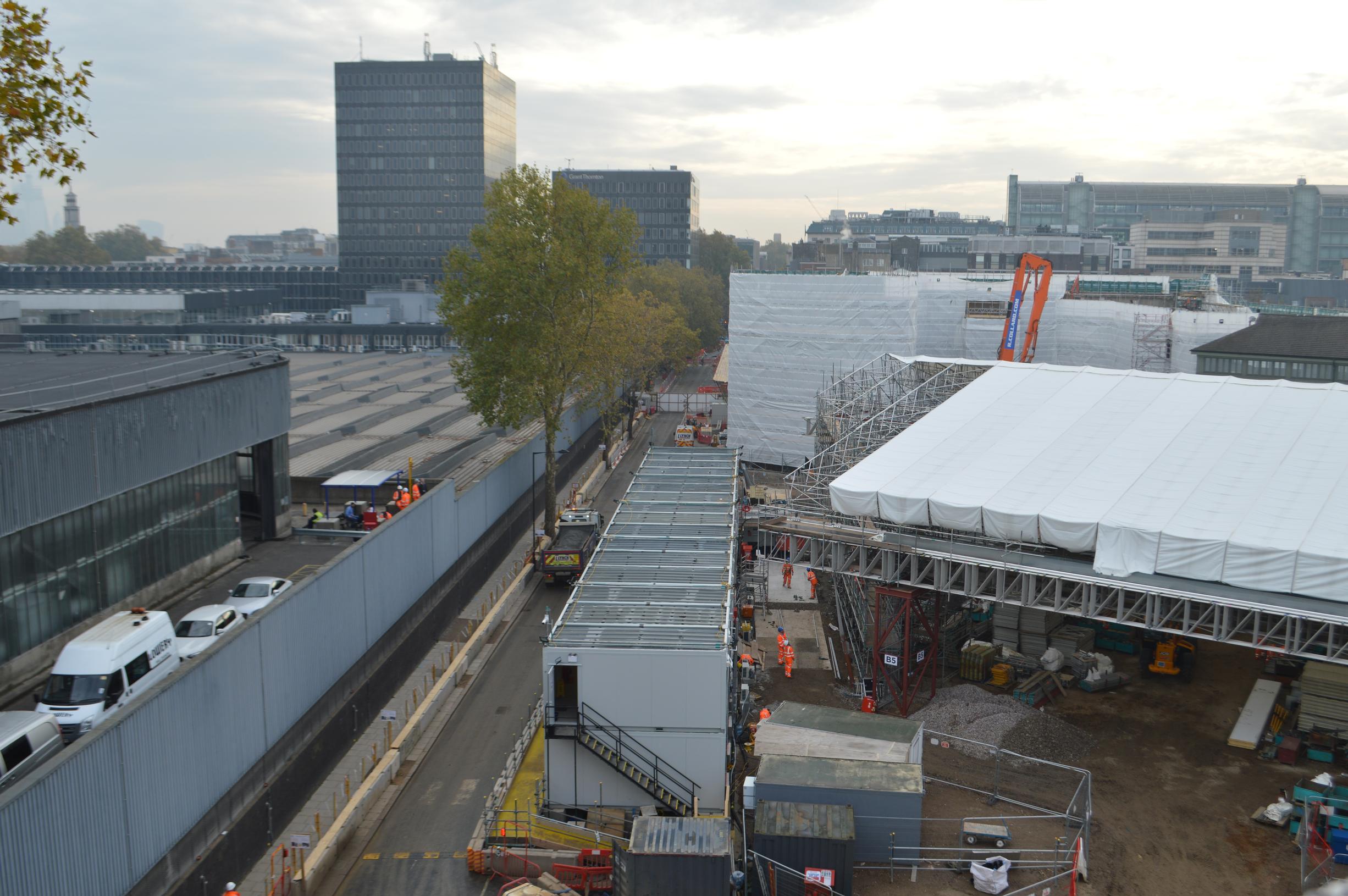 A critic of HS2 has called on the Government to stop preparatory work for the project at London Euston until the design plans have been rethought.

Lord Berkeley has written to Andrew Stephenson, the DfT minister in charge of HS2, demanding a halt to the works.

Doug Oakervee’s review of HS2 for the Government, published in February, recommended a rethink of the current Euston HS2 proposals. Oakervee said the existing design was "not satisfactory". He pointed out that accommodating HS2 at the terminus was actually one of four projects for Euston, the other three being the redevelopment of the conventional Network Rail Euston station, regeneration above and on land around Euston, and plans to accommodate Crossrail 2.

"Euston should be viewed as one station and not the two at present [conventional and HS2]," said Oakervee, noting that industry partners were investigating reducing the size and number of platforms needed for the redeveloped station.

Responding to Oakervee, the Prime Minister said new delivery arrangements would be created for the “grossly behind schedule” Euston plans.

In his letter to Stephenson, Berkeley supports the Government’s decision to remove Euston station from the responsibility of HS2 Ltd.

“I fully support such a move but suggest that it would be a very brave minister who authorised the continuation of the current HS2 Ltd high risk and unnecessarily expensive scheme [at Euston] when there are good and cheaper alternatives. And why is HS2 Ltd continuing such work when responsibility for this part of the HS2 project is to be removed from them?

“Ministers have said that they wish the HS2 and Network Rail stations [at Euston] to be developed together. The Oakervee report recommends an in-depth study into improving the efficiency of Euston station as a whole, avoiding the complicated HS2 approach to Euston and minimise risk.  I support all these recommendations."

“With a reduced [HS2] specification to 320kph maximum [speed] and not more than 14 trains per hour, a much simpler layout can be achieved; it could enable approach platforms [lines? - Ed] to be shared between Network Rail and HS2 line trains and significantly reduce the construction risk for the HS2 approaches, as well as allowing Network Rail trains to continue to operate during most of the construction period unaffected.”

In addition, Berkeley says "word is reaching me" that Lendlease, the master development partner for the redevelopment of Euston and the surrounding area, “has indicated that it wishes to terminate its development agreement on the grounds of engineering design uncertainty and escalating cost”.

“Perhaps you can clarify Lendlease’s position but if my information is correct there is even greater pressure to cease all temporary works until matters are resolved.”

Commenting on Berkeley's assertions, a Lendlease spokeswoman told LTT they were not correct, adding: "Investment in major infrastructure unlocks enormous opportunities for regeneration, economic and social benefits within the local Euston area, across London and the wider UK. We look forward to learning more about the Government's plans and will continue to work with our partners, including the wider community, to progress this unique opportunity."

Responding to a question from Berkeley about demolition in the House of Lords last month, transport minister Baroness Vere said: “In relation to HS2 works in the area around Euston, in order to avoid further delays to implementation of the HS2 project, HS2 Ltd and its contractors will continue with the current programme of enabling and early works; only where such works will be required regardless of design changes that may arise in response to the outcomes of the Oakervee review.”

Editor's note: This is a revamped story from the version carried in Local Transport Today of 4 April. Lendlease contacted us to include its comments on Lord Berkeley's claims. In addition, the story gives more detail of Oakervee's recommendations for Euston.