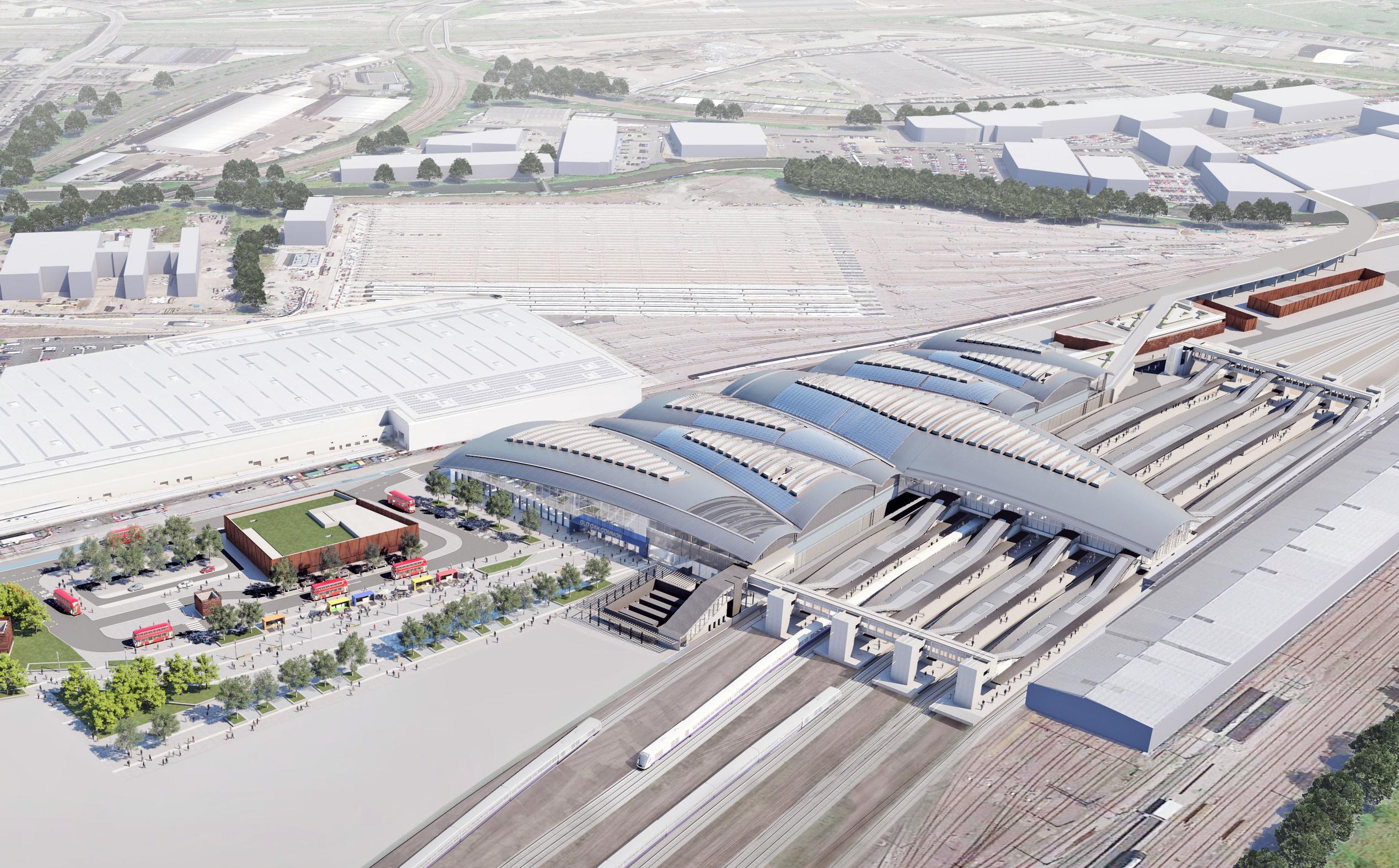 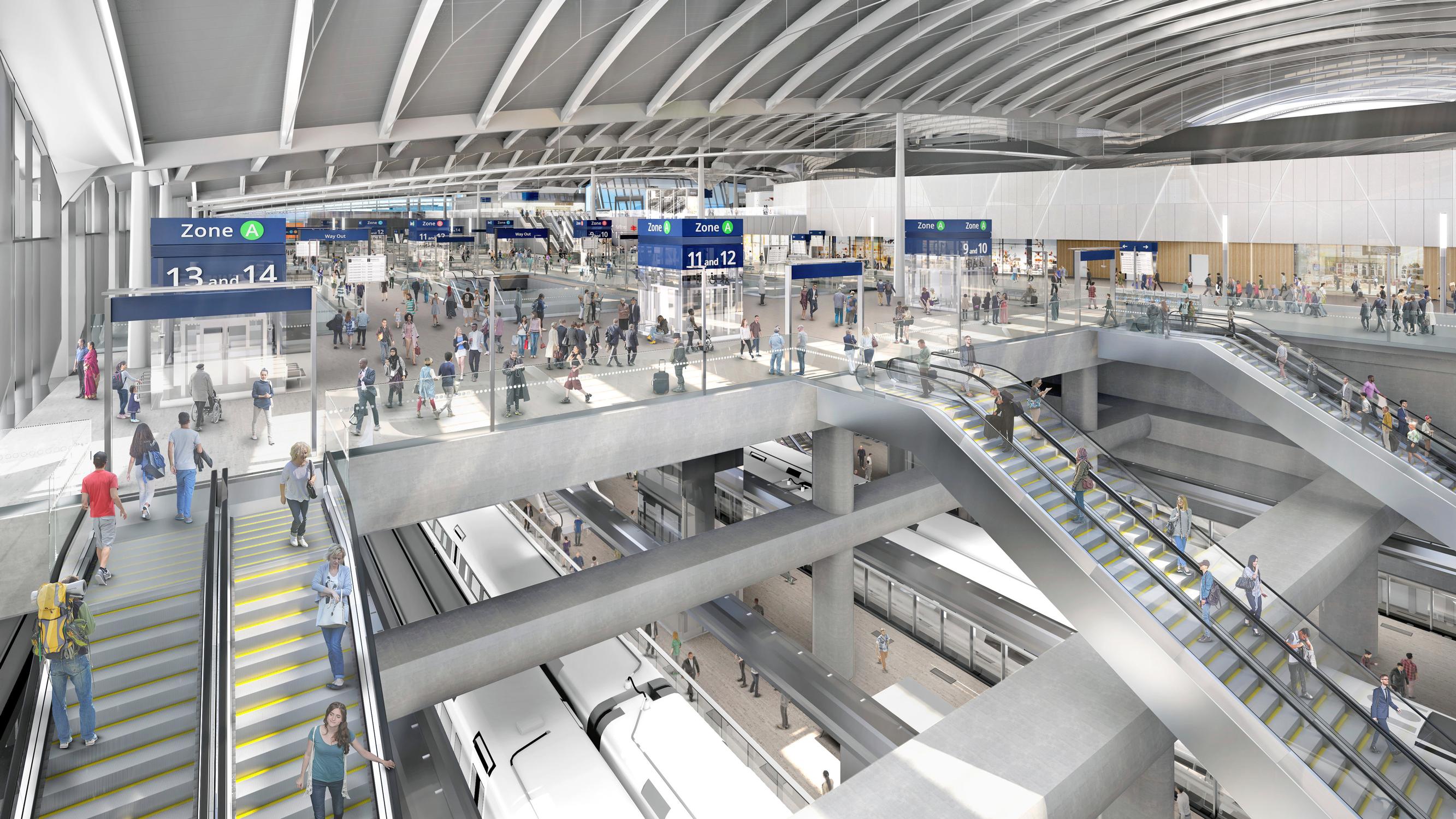 The HS2 station will provide interchange with conventional rail services through eight conventional train platforms, to be served by the Elizabeth Line (Crossrail), taking passengers to Heathrow and Central London, and trains to Wales and the West of England.

Designs for the station show that the six 450-metre high-speed platforms will be situated underground with an integrated connection to the adjoining conventional station at ground level via a stylish shared overbridge.

A concourse will link both halves of the station, unified by a vast roof inspired by the site’s industrial heritage.

To the west of the station, above the HS2 platforms, will be a new public park.

The submission also includes an application to lower and widen Old Oak Common Lane, which will improve access to the station for buses and pedestrians.

Work at Old Oak Common to prepare for construction of the station has been ongoing since 2017 led by enabling works contractor Costain Skanska JV.  The site is near ready to be handed over to HS2’s station construction partner, Balfour Beatty Vinci Systra JV (BBVS), which was awarded the contract last September.

Adrian Tooth, WSP project director on Old Oak Common, said: “Two-thirds of those using the station will be interchanging between the below ground HS2 and the above-ground conventional rail services.”

The six HS2 platforms will be built in an 850-metre long underground box, with twin tunnels taking high-speed trains east to the southern terminus at Euston and west to the outskirts of London.

A decision on the planning application is expected this summer.

The station design development has been led by consultant WSP and architects WilkinsonEyre.