How bus rapid transport is supporting growth in London 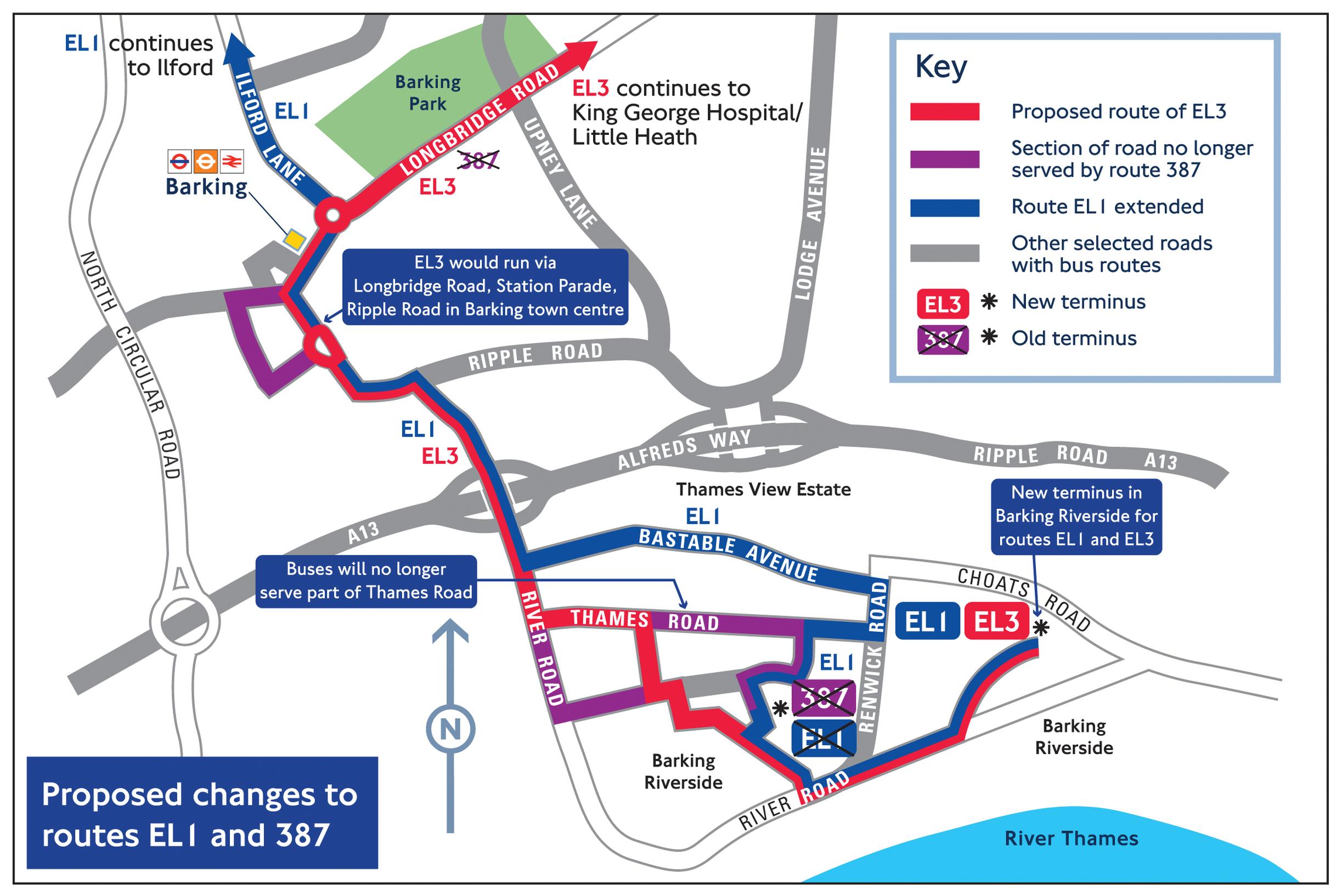 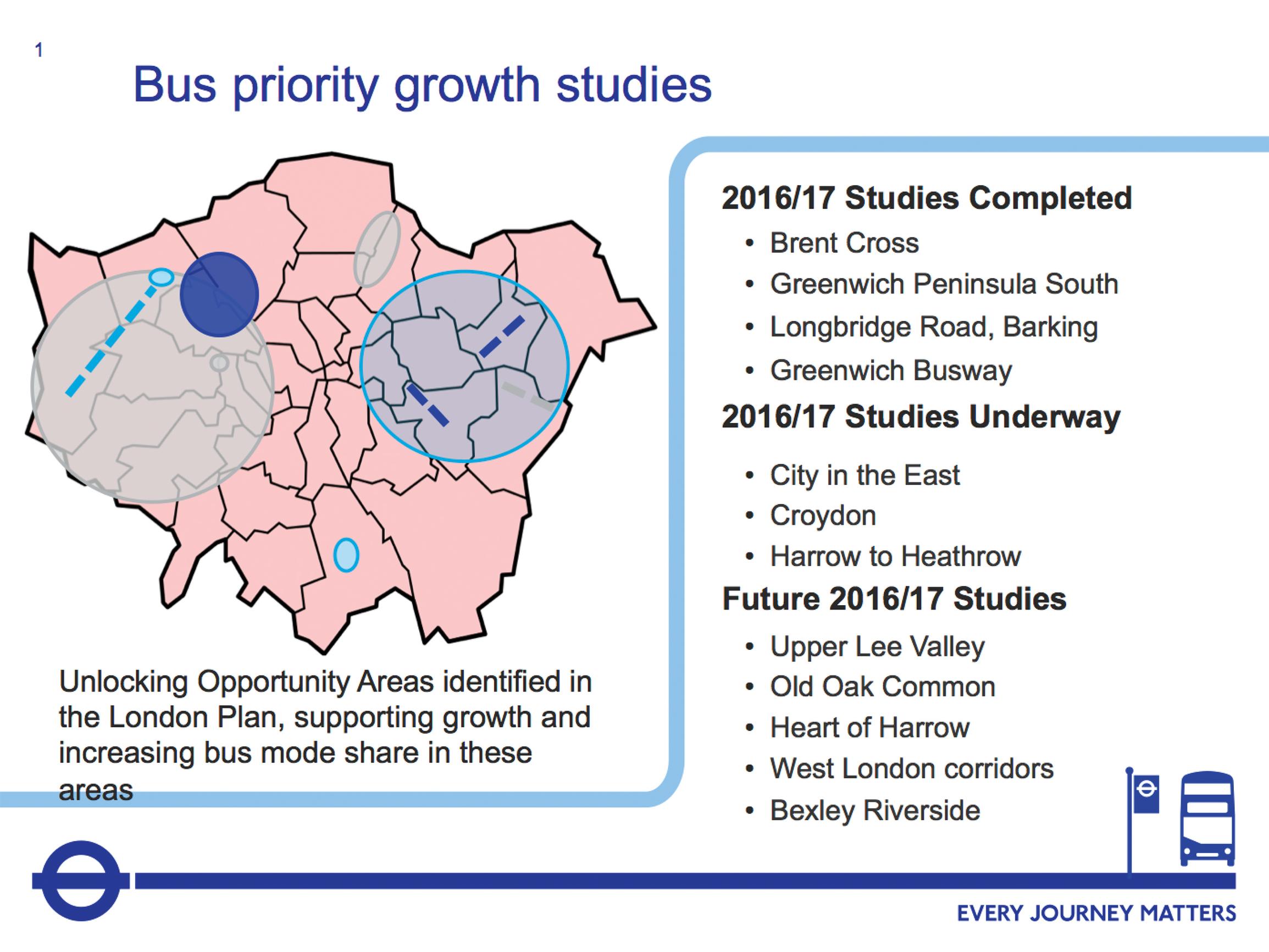 The London bus network incorporates many Bus Rapid Transit (BRT) attributes; such as ‘turn up and go’ services, off-board ticketing, real-time information, accessible and high-quality vehicles and stops, distinct branding and some bus priority. For example, one-third of traffic signals in London give priority to buses over other traffic and, at certain locations, buses benefit from segregation from other traffic.

However, providing bus priority in London can be a challenge given the physical constraints of the road network. We can’t just put in bus lanes on every bus route – although of course this has been very successful where it is possible. Instead, we must use a wide range of measures at our disposal. For example, the East London Transit (ELT) scheme includes some innovative solutions, such as passing through Barking town centre on a bus-only road that was previously pedestrianised; insetting loading and parking bays and widening a bridge to Barking Riverside (where the building of 10,800 homes is underway).

All of these measures significantly improve bus access and journey times. In the past two years reliability has been 0.7 minutes (Excess Wait Time – the lower the better) compared to 1.2 minutes in the borough as a whole, reflecting the benefit of bus priority. Bus patronage on the transit has also grown 33 per cent since its introduction in 2010. The ELT continues to expand in response to growth in population and as it extends into the Barking Riverside development. In March 2016, we increased the frequency of the EL2 by 45 per cent and extended the route to Becontree Heath. We have consulted on extending route EL1 and converting the 387 into the EL3 (see map above). Both these changes are to serve new housing in Barking Riverside, and we hope to introduce them later in 2017.

This is particularly exciting as it promises more segregation, including bus-only roads, and will be more typical of a full BRT scheme. We are also working hard to bring parts of the new route (on the existing road network) up to transit standard, for example we have completed a bus priority study on the Longbridge Road and are working with the borough to see how we can best deliver it.

However, we also face significant growth in London as a whole. Over the next 20 years London is set to grow by the equivalent of the cities of Birmingham and Glasgow combined (by 2030, London’s population will grow from 8.6 to 10m). This will mean not only more demand for our bus services but also more congestion on the roads. There will also be more demand for the same road space from other modes such as cycling.

This is why we are investing substantial sums in bus priority through our Bus Priority Programme. A key part of this is about unlocking Opportunity Areas identified in the London Plan (such as Barking Riverside), supporting growth and increasing bus mode share in these areas. This is especially important as up to 50 per cent of London’s population increase will be in these Opportunity Areas. High quality bus priority corridors are going to be crucial to make these areas sustainable.

We have learnt the importance of the need to embed sustainable mode shift in new developments. It is crucial that this is provided from the first day that residents move in, if we are to maintain the health of London’s suburbs and convince people not to drive. The bus is particularly suited to these growth areas as it is a flexible mode that can expand gradually with demand. This again has been invaluable in Barking Riverside, particularly when the recession hit and delayed the building programme.

So, where are we hoping to replicate the success of the ELT? Other Opportunity Areas where a high quality bus priority corridor will be vital include Brent Cross, Cricklewood, Old Oak Common, Vauxhall Nine Elms and other sites within the Thames Gateway such as Bexley Riverside and Greenwich peninsula. We have a number of bus priority studies underway in these areas (see map on p13).

We hope to take this all forward under the leadership of our new Mayor, who has made it clear that his priorities are air quality and the environment. One of the key initiatives he is introducing is Low Emission Bus (LEB) Zones. These zones will reduce emissions of buses in the worst air quality areas, by replacing or retrofitting fleet. These areas will also be supported with bus priority measures, especially where air pollution and patronage are high. The first two zones have been announced as Putney High Street and Brixton to Streatham.

To conclude, London is expecting a huge growth in population and employment. Much of this will be accommodated in our Opportunity Areas, many of which are brownfield sites. This is where our focus will be to deliver more BRT schemes; where we can provide a high level of segregation together with our world-class bus services. Indeed for me, BRT is the solution to accommodating this growth in a sustainable way.

John leads the development of London’s bus network for TfL. This includes strategic and business planning, financial and economic appraisal, and multi-modal integration. He also acts as client for bus priority and infrastructure schemes.