BRT: looking to the future

Bus Rapid Transit (BRT) ticks many current political boxes for the UK: by potentially constraining the use of private cars, it can help to deliver better air quality, free up more space for active travel, cut congestion, and serve new residential and commercial developments in a flexible and cost-effective manner 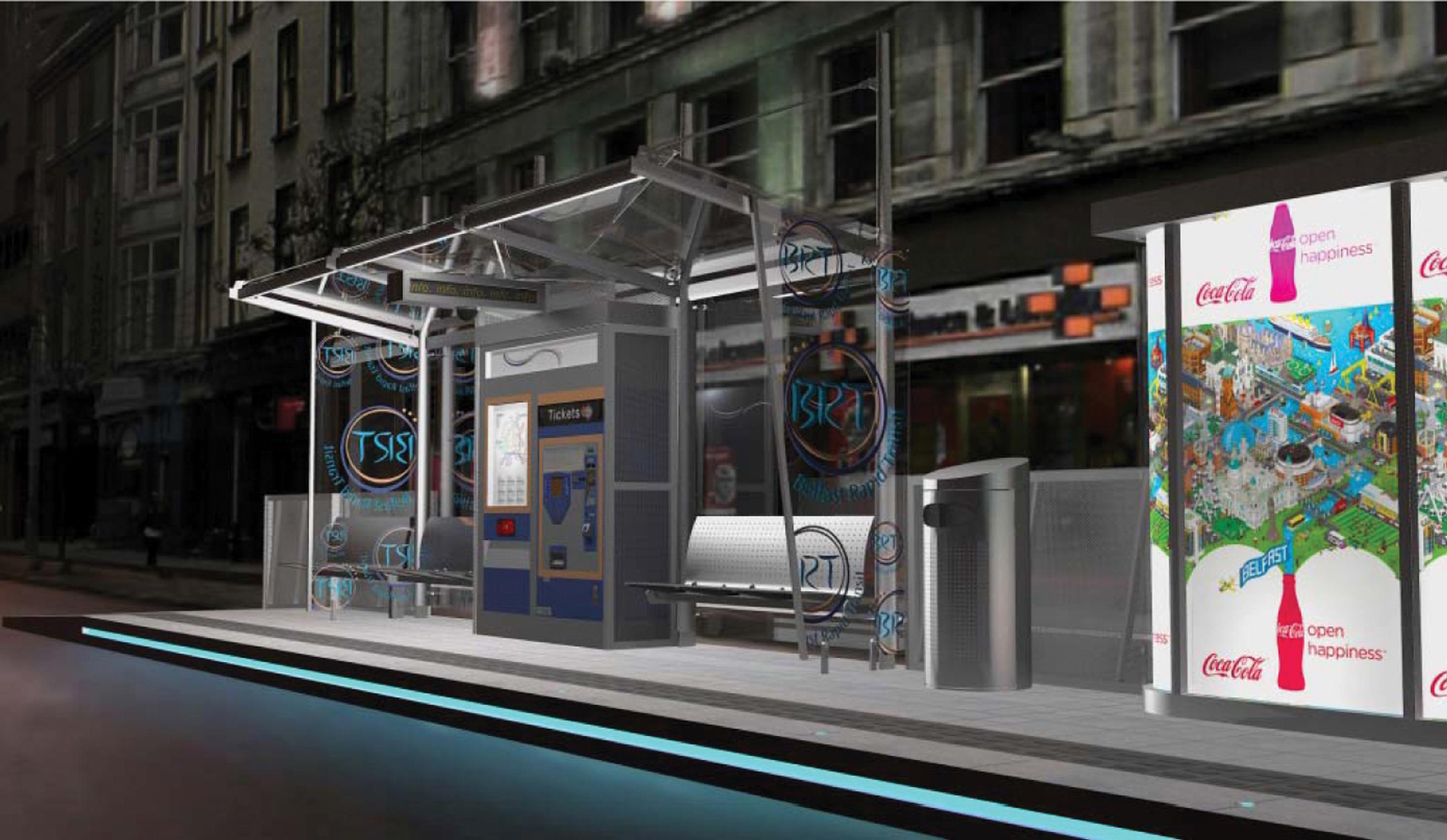 Bus Rapid Transit ticks many current political boxes for the UK in 2016 and beyond: by potentially constraining the use of private cars, it can help to deliver better air quality, free up more space for active travel, cut congestion, and serve new residential and commercial developments in a flexible and cost-effective manner. But although new and improved BRT schemes are coming on-stream more regularly in the UK than at any time in the past, BRT lacks the glossy profile of its tram, train-train and light rail cousins. So, with potentially so much to offer, what key issues does BRT need to overcome to raise its profile and popularity?

'BRT systems do deliver very well against a list of key political objectives,' agrees Dave Haskins, Chair of BRTuk. 'But I wonder whether politicians really get it. We need politicians to sit up and realise what an opportunity BRT offers. There's a lot of evidence out there now, so we can start to convince them, and that's evidence that goes beyond significantly lower costs when compared to trams and trains.'

BRT systems have gained popularity worldwide as a cost-effective alternative to much pricier urban rail investments. They come in many shapes and forms, from full BRT to advanced bus priority schemes; however they all aim, to varying degrees, to mimic the high-capacity, high-performance characteristics of urban rail at a much lower price. One 2007 study suggests that cost savings are as much as 4 to 20 times less than light rail transit (LRT) and 10 to 100 times less than metrorail systems, notes Robert Cervero, a Professor of City and Regional Planning at the University of California, Berkeley. Cervero also agrees that a change in political vision is needed. 'A fairly fundamental change in thinking about the role of large-scale infrastructure investments like BRT is needed,' he says, particularly among public officials and city leaders in the developing world. 'Notably, BRT should be conceived as more than a mobility investment.  It also presents an unprecedented opportunity to restructure urban and regional growth in ways that promote the many dimensions of sustainable urban growth.  BRT can also be a city-shaping investment, providing a backbone for guiding growth in a more compact, mixed-use urban form – one that not only promotes transit riding and less driving, but also curbs costly suburban sprawl and preserving precious farmland and open space.'

There is a key role for BRTuk to play in raising the profile of BRT's significant benefits, which would help in our drive to get politicians enthused and involved as advocates, says Haskins. 'We haven't really cracked this yet, but it works. The Leigh-Salford-Manchester Bus Rapid Transit, for example, had strong support from Andy Burnham, MP,' says Haskins. 'It's on his home patch, and he was a good advocate for, and vocally supportive of, the scheme, which really helped with delivery.' In other parts of the country, he notes, there are regional politicians who have yet to be convinced of, or properly informed about, mass transit schemes such as BRT, which is where BRTuk comes in. The Issue may be the initial pain caused by construction or the fear of resistance from other road users, but we need to help them focus on the end results, with which passengers invariably seem pleased.

Another issue is perception, says Haskins. 'It's been difficult to get quality into the bus offer, and to make BRT as attractive as it should be.' Despite being the irreplaceable workhorses of most UK cities, often carrying 10 times the amount of passengers that local train services do, buses have for too long been regarded as the 'lowest' form of transport network. But BRT can offer attractive and affordable mass transit options at a quality and capacity that doesn't really exist on a major scale at the moment. 'BRT is the obvious contender, poised to step into the UK's mass transit gap,' says Haskins.

One area where BRT is proving its worth is in early integration with the urban planning of new developments. The Cambridgeshire Guided Busway was designed to serve the new community of Northstowe, among other places, which is only now coming on stream in terms of mass housing. The Cambridge scheme has been very successful in bringing people from the suburbs and outside the urban zones into the city centre, notes Haskins. While integrated land use and transport planning has long been a professional Holy Grail, schemes like this show that 'planning in' BRT in a scheme's early stages can help attract residents to new communities. 'When the right levels of bus priority are in place, it's been shown that people are happy to use BRT and that it can impact on lifestyle choices; i.e. getting people to leave their cars at home or in the Park and Ride,' says Haskins. 'BRT can be just as attractive to passengers as tram and rail, if the right systems are in place.'

A high quality experience is also being delivered on the Leigh to Salford BRT; says Haskins. 'We've yet to see how this will work out, but all the signs are very positive, especially in terms of how local authorities are looking at local and regional housing allocations in this area.' Housing should be delivered in proximity to good public transport corridors and, although there are many of these in England, it's unlikely that heavy rail can cope with an extra demand, especially considering the forecast growth in population. 'It is quite clear to me that BRT can deliver that capacity, as when priority is in place it can deliver reliability and at the right frequencies. We need to plan now to avoid a future gridlock scenario, and BRT is one option that has a great deal to offer, especially when connecting areas of new housing with education, employment, health and other amenities.'

However, notes Haskins, it is never easy to deliver schemes, especially in the UK. 'It can be much faster to deliver high quality public transport elsewhere, and one example that comes to mind is Lyon, France.' There it's possible for a mayor to deliver a scheme within a five-year political cycle, which is partly to do with specific favourable planning regulations and hypothecated local transport taxes. We need to ensure devolution and New Growth Deals provide the right levels of fund-raising and local autonomy, to deliver schemes more quickly, he adds. Planning due process, along with robust consultation, is of course a necessary element of any scheme. 'Here in Leeds, we've been having a 'transport conversation' with the city, asking questions around preferences on road space reallocation and tackling poor air quality. It is clear that there are high levels of support for these kinds of proposals. But in England, we may be dealing with a general election, as well as several cycles of local elections, in the life of one project, and this makes setting out and delivering transport visions that bit more difficult.'

Technology is advancing rapidly, and it can only improve the appeal and operation of BRT systems. Highly comfortable and low emission BRT vehicles are coming into service, and Intelligent Transport Systems (ITS) will enable users to be better informed and make safer, more coordinated, and ‘smarter’ use of public transport networks. New BRT systems, such as the Belfast Rapid Transit (BRT), also offer real time information systems for easier journey planning and off-vehicle ticketing to speed up the boarding process.

Delivering mass transit schemes such as BRT remains challenging, but it can and is being done, with high-quality schemes starting up across the country (see map on pages 16 and 17). New regulation looks set to offer the opportunity to better integrate services across a region, including BRT feeder services, and to avoid duplicating or repeating services in well-served corridors, says Haskins. And a bank of valuable experience is being built up so that new schemes can be better informed. 'We don't need to re-invent any wheels,' says Haskins. 'For example, through BRTuk we can offer support to promoters of other schemes and projects. Our members have vast shared experience and could be the first port of call for authorities wanting to take schemes forward, from bus priority projects to more comprehensive BRT networks. Whatever kind of BRT scheme, project or initiatives; we can advise on them all.'