Sustainable planning and modelling in the Middle East

The sustainable transport and city planning context of the Middle East region is very different to the western world. Aurecon, through its involvement with authorities and developers in the region, plays a major role in promoting sustainable planning. Nadeem Shakir, Aurecon, outlines the proactive approach being taken to land use and transport planning, and the challenges faced by planners and modellers 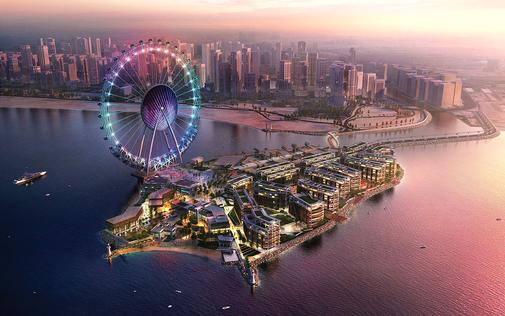 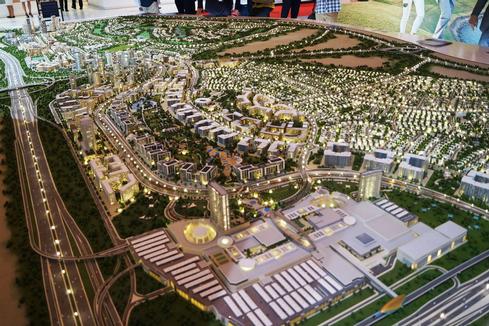 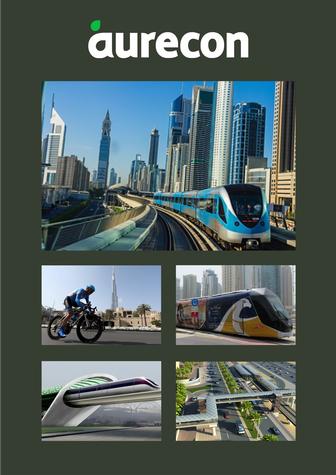 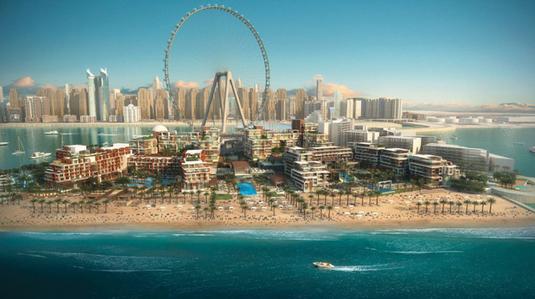 What are the current challenges with respect to sustainable cities and transport planning in Middle East context?

Nadeem Shakir: Car culture is dominant across the Middle East, with as many as 700 cars per 1,000 population, one of the highest rates in the world, and growing at 6.5 per cent per annum in the GCC region. With summer tempertures of +50 degrees celsius, it's no surprise that encouraging moves to public transport is a real challenge. The maximum walkable distance used in the planning of public transport systems in the Middle East is 500m, or about 8 mins of walking. Walking any distance beyond this is very difficult for as many as nine months of the year. With the exception of Dubai and Abu Dhabi, public transport options are limited across the region, and in some countries non-existent. Add to this the fact that fuel is cheaper than water per litre, and it's easy to see why air-conditioned cars and taxis dominate.

Experience has shown that it's difficult to 'force' behaviour change in the Middle East; the introduction of the Salik toll routes in Dubai, for example, caused significant re-routing behaviours across some residential communities, creating more congestion and chaos on affected road sections, and with a very minor shift to public transport. Sustainable planning in this region therefore needs to focus on encouraging commuters to shift from private cars to public transport by providing door-to-door solutions and high quality and attractive public transport alternatives. Authorities in the region are committed and vision-oriented, and are working progressively to promote an efficient public transport system that is compatible with local needs. The region will witness major travel demand shift to public transport modes by 2020.

What initiatives and solutions are being considered by decision makers to overcome planning and modelling challenges?

Nadeem Shakir: Even given the stiff challenges, the public authorities view the need for change as an opportunity to bring developers and policy-makers on board with a collective, highly pro-active approach to sustainable planning. Aurecon’s recent experience on projects such as the Dubai Transport Master Plan, Dubai Hills Estate and Bluewaters Island demonstrate the thinking behind the drive to promote a sustainable transport planning system by focusing on integrating a wide range of modes of travel.

In this region, Dubai in particular is in the process of developing major new cities. In transport terms, the first aim is to cut down the number of trips by improving choices for the first and last mile, and for better integration of all modes. Dubai has one of the most extensive and high profile public transport networks in the region, with continual expansion planned as the emirate grows. It is currently served by two lines, Red and Green, with a total length of 75km. By 2030, this network will be expanded to about 400km with two new lines opening, and expansion of the existing lines, as set out in the Aurecon-led Dubai Transport Master Plan. This plan aims to create door-to-door integrated systems using all modes, including BRT bus priority lanes, feeder bus networks, tram, cycling and custom-designed walking lanes, Group Rapid Transit (GRT) and Personal Rapid Transit (PRT).  'Softer' measures include studies exploring the introduction of staggered working and school hours, variable parking, park and ride, new car ownership models and planned fuel price hikes. Behaviour change initiatives, such as Dubai’s Public Transport day on 1 November each year, are also becoming more popular.

Across the strategic network, public authorities and transport authorities are working together on the planned multi-modal system, which aims to change behaviours by reducing walking distances and focusing on door-to-door coverage. The public transport systems will aim for a luxury feel and be air-conditioned, so as to encourage wealthy patrons as well as lower income workers to get on board.

You mention key planning measures such as integration and staggering of work hours. How do you see landuse planning fitting into this framework?

Nadeem Shakir: A proactive approach to land use planning is a key tool in the move to a sustainable city. The level of vehicle kilometres travelled dictates the size and capacity of the transport network required for any city; the result of the number of vehicles (population) and trip lengths in km). The trip length can be mitigated by effective land use planning. Dubai currently has an Average Trip Length (ATL) of 14 km. If Dubai triples its population by 2030 and the spatial coverage of the city doubles, then the transport network requirement would need to increase six-fold to meet future demand. Aurecon, together with local authorities and developers is working to manage the increase of travel length by providing direct links between the communities. Developers are doing the same by proving better land use mixes to discourage the amount of travel involved. Alongside physical infrastructure, there are widespread plans across the region to embrace big data and build the latest digital infrastructure, for example the Roads and Transport Authority (RTA) led- Enterprise Command and Crisis-management Centre (EC3) programme which opened this year.

Digital infrastructure and big data are key issues in the region. Do you think that new technologies will influence sustainable cities planning in Middle East?

Nadeem Shakir: The Middle East has always promoted the use of new and advanced technologies in the service of sustainable city planning. The UAE has already developed a low carbon city at  Masdar, Abu Dhabi, and Aurecon, working with the local transport authorities in Dubai, is exploring the use of various high end technologies such the Elon Musk-developed Hyperloop (a series of pods that will move at 600 km/h, connecting Dubai and Abu Dhabi in 15 mins) as well as PRT and GRT. Studies are underway across the region relating to connected and autonomous vehicles, electric cars and a Gulf Cooperation Council (GCC) high speed rail system. During the Burj Khalifa Downtown Transport masterplan, Aurecon supported the direct connectivity of the Dubai Mall with the Red line metro by connecting it through an 800m air-conditioned travelator. At the time this was highly questionable, but with more than 20 million users per annum it has proved to be a major success, and has become an exemplar for the region.

Where do transport modellers fit in with in addressing sustainable planning issues?

Nadeem Shakir: Aurecon has developed Dubai's transport masterplan model, and is currently working on a strategic model for Jeddah, Saudi Arabia. The context in the Middle East brings some particular challenges for modellers. Mode-specific elasticities in transport models are derived from current behaviours captured from Revealed or Stated Preference surveys. These behaviours favour private transport and, when applied to the future, do not result in a significant shift of mode after the public transport supply is added, highlighting the problem of planning for the future using current behaviours. In many regional cities, there is currently no public transport available as a baseline. There are a few regional models that have used mode utilities from the Western world, however such models forecast over-optimistic public transport levels that may not be feasible in the Middle Eastern context.  What is needed is a pragmatic approach that considers the constraints and issues of the region's weather and culture, and can account for the changes that will inevitably happen in due course. As public transport is being developed in the Middle East, it is important that continuous monitoring of mode shift behaviour is undertaken to in order to fine-tune future plans, and to allow models to be calibrated and adjusted with time.

Future technologies such as Connected and Autonomous vehicles (CAV) will change the outlook of transport modelling and planning. Future vehicular technologies may not necessarily choose the route based on the shortest travel time. Environmental emissions will be one of the key criteria for the route choice; new algorithms also need to be able to handle traffic route choice based on low emissions rather than travel time, and models to be updatable with the volumes of big data that will produced during the operational experience of such high end technologies.

Nadeem Shakir is Technical Director, Head of Transport Planning, Middle East and North Africa, Aurecon. He spoke with Juliana O’Rourke for this article

Discuss this at Modelling World 2016