It's time to give travellers the journey apps they need

Travel apps have become firmly established in London, but systems elsewhere are still too limited to be effective 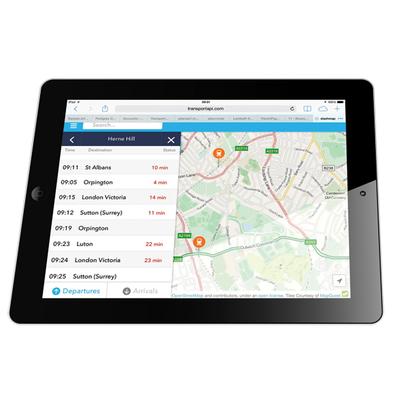 It is becoming universally acknowledged that every transport operator and city government needs a travel app. This has created a rich landscape of innovation in two distinct territories: London and Elsewhere. In London, the decision by Transport for London (TfL) in 2011 to release all of its transport data to developers free has led to a creative explosion followed by Darwinian selection.

Now only the truly evolved apps survive, and so we see established market leaders CityMapper and BusChecker vying with each other to sign up those smartphone owners in London who still without a travel app.

Elsewhere, meanwhile, it’s a very different story. There are possibly four specific types of app, not all of which occur in each place. Firstly, there are journey planner apps published by some Traveline regions and devolved governments, which tend to be traditional origin-destination lookup services that lack design flair. Secondly, there are PTE-sponsored ‘house-apps’ like MerseyTravel and Centro’s NetNav. These, too, have a very limited user experience and contain ‘house’ adverts. Thirdly, there are various private developers who are creating good but niche apps like TravelWest, MetroLink, TW Metro, Next Bus (in about 20 cities), and national bus travel apps like Bus Checker and NextBuses, plus bus and rail browsers UK TravelOptions and Moovit. Finally, there are operator travel apps on rail and bus such as Unilink in Southampton from CoreThree, On Track for Thameslink trains from Go-Ahead, and First ScotRail’s own app with mTickets by Masabi, which are driven by ticketing or social media management.

What is missing is the innovation that London has seen. Too many of these apps are designed to put across operator perspectives, and so do not address the needs of travellers across modes or during disruption. There are just a few beacons of hope, with the likes of CommuteClub from DeltaRail, which take open data and produce a consumer interest perspective. Unless there is more of this we can expect Google, Apple and Microsoft to move into transport in the medium term to restructure it in the same way that they have tackled mobile phones, music and book publishing. However, to spark the innovation the operators and cities need to release more of the data they have and on open terms. That is the best way not only to serve the consumer but also to grow the market.