The road to a low carbon future

There is no reason why the UK transport sector could not be decarbonised, believes transport academic and consultant John Whitelegg. But, he adds, significant CO2 reduction is being hindered by poor quality decision-taking 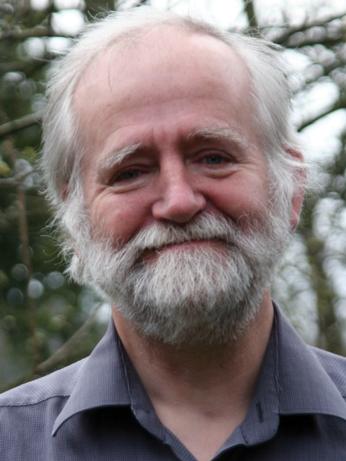 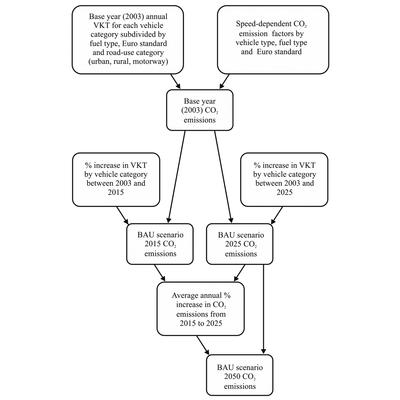 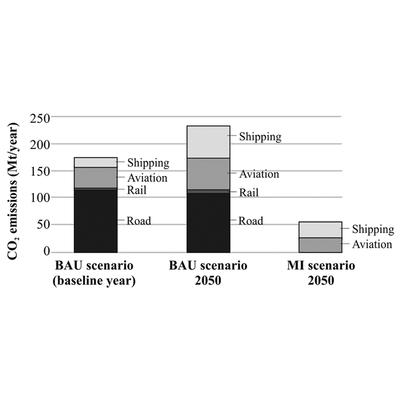 The Climate Change Act requires “at least” an 80% reduction in CO2 equivalent emissions by 2050 on a 1990 base. The transport sector is not on target to deliver anything like a proportionate contribution to this overall target and we are now facing the prospect of transport emissions swamping the progress made in other sectors of the economy. Transport rhetoric and decision-taking in the UK is still embedded in a 1960s mindset that actively encourages higher levels of fossil fuel road transport.

As usual in any area where politics, economics and environment collide there is good news and bad news. The good news is that we can decarbonise transport and give all our climate change policies a much-improved chance of avoiding the worst consequences of climate change. There are no technical, organisational, fiscal or other barriers that would stop us decarbonising the transport sector in the UK. We can deliver a 100% reduction in carbon emissions in road and rail transport, a 56% reduction in aviation and a 48% reduction in shipping.

The details of what should be done to achieve this are spelt out by a team of researchers at the Stockholm Environment Institute at the University of York†. The researchers produced methodology for estimating emissions in the year 2050 on a ‘business as usual’ (BAU) trajectory and then applied a package of measures described as the ‘maximum impact scenario’ (MIS) to show the degree to which the BAU estimates could be reduced by the MIS approach. The overall impact is a 76% drop in transport emissions when the MIS is compared to the BAU. The methodology is described in Figure 1 and the results in Figure 2.

These reductions in road transport emissions can be achieved by spatial planning designed to improve accessibility and shorten distances between origins and destinations. Also required are: fiscal measures to implement the polluter pays principle; behavioural interventions to exploit the potential for shifting trips from car to bus, bike and walk; and a step-change improvement in the quality of walking and cycling environments. The interventions cut the number and length of trips while those trips still made by car are powered by electric vehicles sourcing the electricity from a decarbonised electricity generation system. Rail transport is decarbonised as all routes are electrified and all trains are electrically powered from the same decarbonised generation system.

Aviation and shipping are subjected to a variety of fiscal measures to implement the ‘polluter pays’ principle. This results in the cost to the user going up and demand going down, and over a period of time that gives every opportunity for adjustment to take place in sourcing of goods and services and travel choices. Technology also has a role to play in both shipping and aviation and will contribute to reduced emissions.

Unfortunately, there is also bad news; the world of transport decision-taking, spending and over-confidence in the benefits that allegedly flow from new infrastructure is still dominated by outcomes that add to the carbon inventory. For instance, the Lancaster Northern Bypass, now under construction, was originally estimated to add 20,000 tonnes of CO2 a year to the inventory. Another case is the Norwich Northern Distributor Road which, if built, will add a further 13,000 tonnes of CO2 a year to the do-minimum estimates. In Hereford and Westbury highly damaging roads that will add to the carbon inventory constantly re-invent themselves and extinguish any possibility of a ‘regional maximum impact scenario’ based on the full weight of sustainable transport interventions.

Transport decision-taking in the UK simply cannot bring itself to embrace low carbon and zero carbon interventions. This is painfully clear in cycling outcomes – after many years of producing cycling strategies, Manchester and Liverpool are still bumping along at 1-2% of all trips by bike. Meanwhile, Berlin is on 15%, Dutch cities easily reach 30% and Freiburg in southern Germany is on 28%. High bike mode share goes with low car mode share and low carbon outcomes, but not in Britain.

Poor quality decision-taking does not kill off the good news. We know we can decarbonise transport, and we know that a real low carbon transport future will get rid of our appalling air quality problems, boost walking and cycling, reduce road traffic danger and reduce obesity. Paradoxically, in age of austerity, it is also cheaper.