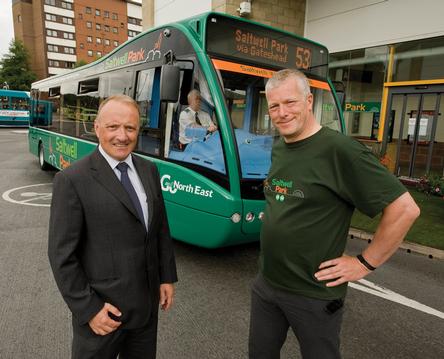 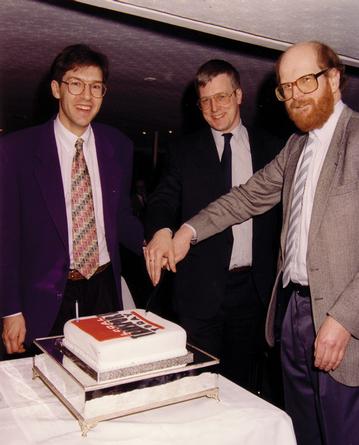 Peter Huntley, 55, who died in a fall in the Lake District on Sunday, 19 February, was a widely admired, energetic and innovative professional in the UK transport world who was about to embark on a further adventure in a multi-dimensional career. A keen cyclist, walker and climber, Huntley was in training for a gruelling 16-day trek to the North Pole in April in aid of charity Transaid, which tackles poverty across Africa and the developing world by providing better transport.

Born in Hartlepool, Huntley was proud of his north-eastern pedigree and unsurprisingly his favourite pop group was Lindisfarne. His first employment was at British Steel’s Redcar plant. He then went south to London before moving to the Scottish Highlands with his then wife Doreen to run a croft. Making the economics of crofting stack up was tough and so he joined  Highland Regional Council and quickly found himself working in public transport co-ordination. Moves to Tayside and Grampian regional councils followed. In   1985 he returned south of the border to become Lancashire County Council’s public transport co-ordinator, where he was thrown into preparing for the upheaval of bus deregulation scheduled for October 1986.

Huntley became a leading light in the Association of Transport Co-ordinating Officers (ATCO) and showed an interest in publishing by creating an impressive magazine for the association, ATCO News, which became more significant than may have been expected in the way it comprehensively explored issues in local public transport.

It was this dimension to his career that led to him becoming involved in discussions with publisher Peter Stonham, who had just sold his publication Bus Business and was looking to cover a more multi-modal but local agenda. The two fused their thinking and launched the fortnightly magazine Local Transport Today in 1989. Stonham was the editorial director in London and Huntley was managing editor in Preston. Rod Fletcher joined them as business manager.

In the first few months LTT was produced on adrenalin and enthusiasm in offices in both London and Preston without the aid of the internet and involving lengthy telephone conversations and faxes to co-ordinate content.

Huntley later recalled: “Launching an entirely new transport journal was seen as a brave and possibly foolhardy move at the time but it was rewarding to see how quickly transport professionals backed us with their subscriptions, advertising and practical support.”

As energetic as ever, Huntley was at the same time developing his new consultancy Transport Advisory Service (TAS) and after three years at LTT, he chose to concentrate on consultancy, selling his share of LTT back into the business (he retained his interest in journalism, writing a fortnightly column for LTT’s sister magazine Transit from 2001).

At TAS, Huntley was joined by directors Chris Cheek and John Taylor in 1994. The consultancy quickly earned a reputation for insightful and highly valued analysis, undertaking studies for clients and preparing market reports on the public transport industry. Huntley was prepared to tell clients things they were not always delighted to hear and had a robust relationship with some. But it was a tribute to him that he continued to be sought after as a consultant, working very hard on projects to the extent that he would drive long distances to deliver reports to meet deadlines.

TAS took a new approach to providing services to the industry. “What we did that was different was insist that people working for us had at least five years practical hands-on experience,” said Huntley. “I took the approach that if we haven’t done it, we can’t expect to tell other people how to do it.”

That philosophy won some grudging praise from some very hard-to-please clients. Stagecoach founder Brian Souter once told Huntley: “I don’t believe in consultants, but if I have to have one, I suppose it should be you.”

“Peter became an advocate of the deregulated bus industry model,” says Chris Cheek. “It might not have turned the market round but it saved money and made it more efficient. He recognised that the really successful operators were the ones that focused on the customer.”

Having advised scores of bus companies over the years, in 2005 Huntley relinquished day-to-day involvement in TAS (he remained chairman) to take up the invitation of running a bus company from Go Ahead chief executive Chris Moyes. Huntley was appointed managing director of Go North East in 2006, returning him to his north-east roots. It was a position he held until stepping down at the end of last year.

Carr, who served as the company’s operations director under Huntley, added: “Peter was universally recognised by all staff for his open and accessible communications and his endeavours to ensure that the valuable views of staff are taken into account. He was frequently seen at depots, interchanges and on our services, or simply out on his bike watching operations. As a result he was known personally to many staff.”

Those sentiments were reflected in the comments left by Go North East staff who this week helped Huntley’s charity fundraising surpass its £10,000 target. “Go North East is a better place because of you,” read one comment on Huntley’s justgiving website. “You were the first managing director I had met that was willing to meet and respond to concerns of staff,” read another. “You brought innovation and colour to the North East bus industry. You were an inspiration to us all at GNE and will be sadly missed.”

LTT’s editorial director Peter Stonham said: “Peter wasn’t one to follow a long-term career plan. He was a restless person, both physically and mentally and always interested in a new adventure. But in terms of his mental side, what interested him were unanswered questions, unconsidered options, and new ways of bringing together activities and resources to achieve better outcomes.

“He wasn’t in anything for the money. He was a businessman but he wasn’t in it for business reasons. He enjoyed the freedom to be creative and imaginative as his own boss.”

LTT’s managing director Rod Fletcher said: “Peter lived life as if he might live forever or die tomorrow. He was a real hero and an inspiration to many, me included. The last time we spoke, he’d just come in from dragging a heavy tyre along the quayside at Gateshead, in the dark – no time was being wasted as he trained for his latest challenge, his trek to the North Pole. Peter’s boundless enthusiasm, passion for life and courage had the power to touch and change those who came to know him. He will be deeply missed, but not forgotten.”

Chris Cheek said: “In the 22 years I have known and worked with Peter, he has maintained his total belief in the future of high quality public transport in the UK. Whether writing in the trade press, advising clients or running a bus business at the sharp end, his commitment was total and he never wavered from his passionate belief in serving the customer.”

Long-standing colleague and TAS director John Taylor, who was with Huntley when the accident occurred, said: “Peter slipped and fell near the summit of High Street Fell. It was a tragic accident, and our only consolation is that he was doing something he loved on a beautiful day, full of plans and optimism for the future.”

Richard Armitage, who runs the Richard Armitage Transport Consultancy, and was a friend and work colleague of Huntley for over 25 years, recalled one of his more quirky pastimes. “Peter had been doing some ‘guerilla gardening’ over the last couple of years. He planted thousands of bulbs in roadside verges in Preston, Gateshead and elsewhere.”

Armitage also recalled a trip to see Huntley soon after he had joined Go North East. “Arriving at the Metrocentre interchange in Gateshead I asked a GNE customer care staff member the best way to HQ. Why are you going there? To see the boss. Well, you had better come with me then, and he drove me there in a GNE staff car.

“On the way, I asked the man how he was finding the new regime? I was treated to a glowing description of the many ways in which Peter was leading from the front, inspiring all those around him, and generally making it great to be part of the team. On my arrival, Peter berated the staff member for wasting scarce company resources on riff-raff like me! The driver smiled and left.”

He is survived by two daughters and a son.