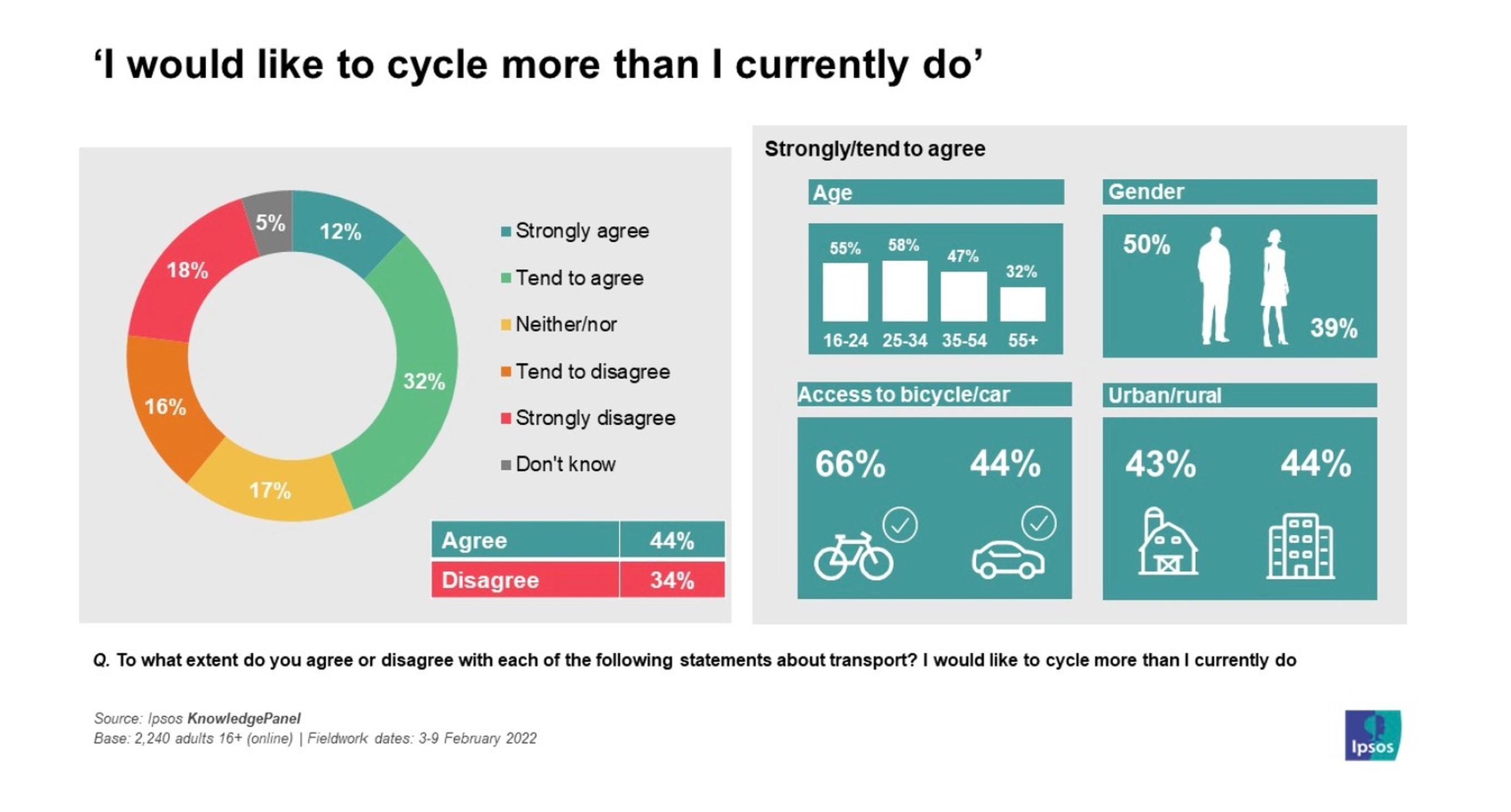 More than half of UK adults (55%) agree there is too much traffic congestion in their local area while just 23% disagree, says a new survey by Ipsos.

However, 71% feel they need a car to suit their current lifestyle, rising to 86% among those who have access to one. The survey found that while 21% agree it is less important to own a car nowadays some 59% reject the notion.

Some 45% are in favour of schemes which would charge road users a fee to drive around towns and cities to reduce congestion and improve the environment while 33% oppose such schemes in principle.

Four in ten UK adults (44%) say they would like to cycle more than they currently do while a similar percentage (47%) do not see themselves as the sort of person to ride a bike.

Two-thirds (64%) of people agree that it is ‘too dangerous to cycle on the roads’ including a quarter (26%) who agree strongly. Women are much more likely to perceive the dangers of cycling than men, with 71% of women agreeing compared with 57% of men.

Six in ten people, 62%, support the encouragement of the use of electric vehicles instead of petrol or diesel vehicles to reduce the UK’s carbon emissions but are more likely to oppose (45%) than support (31%) only allowing access to certain town and city centres to electric or hybrid cars or vans on some days.