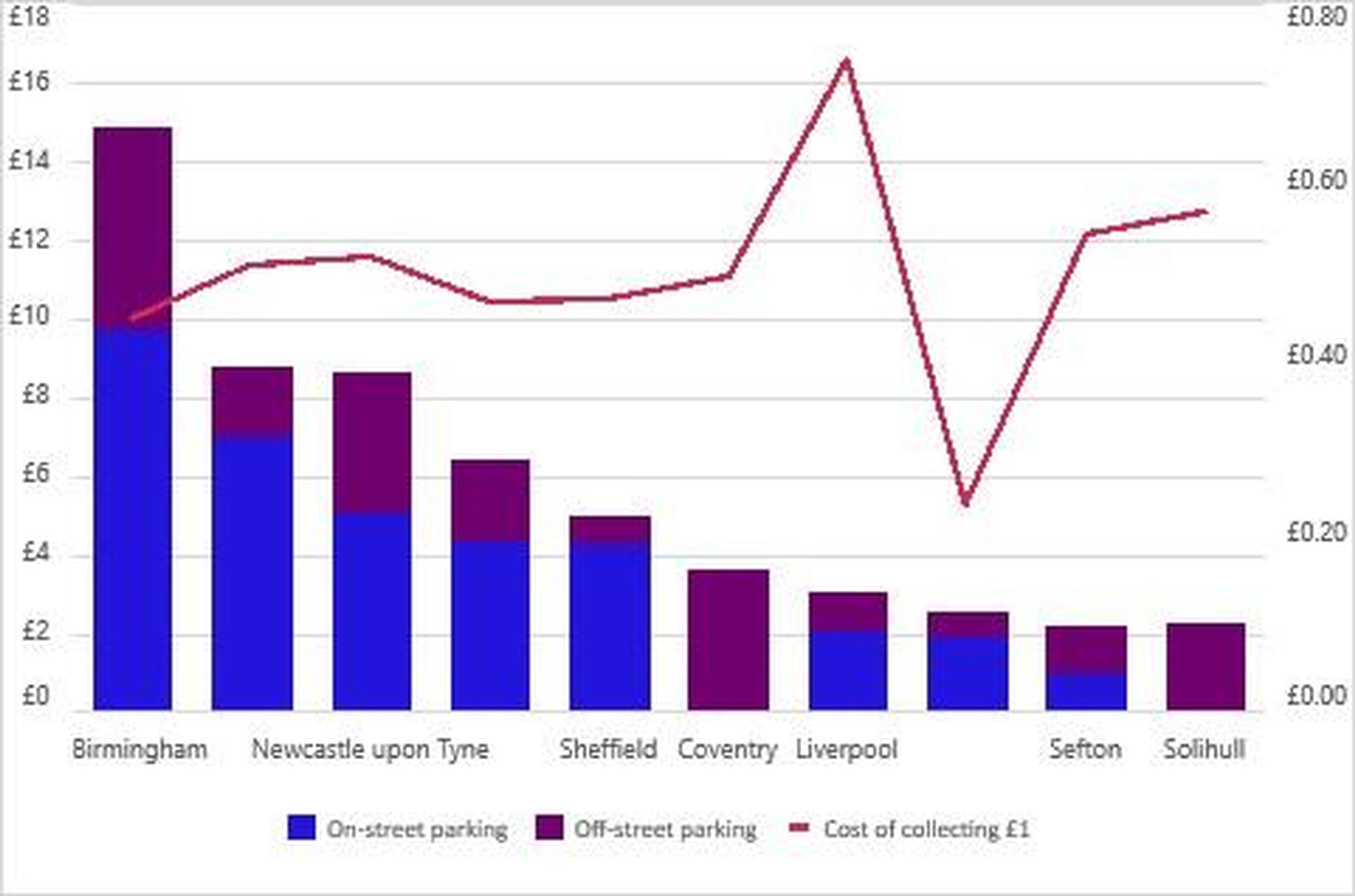 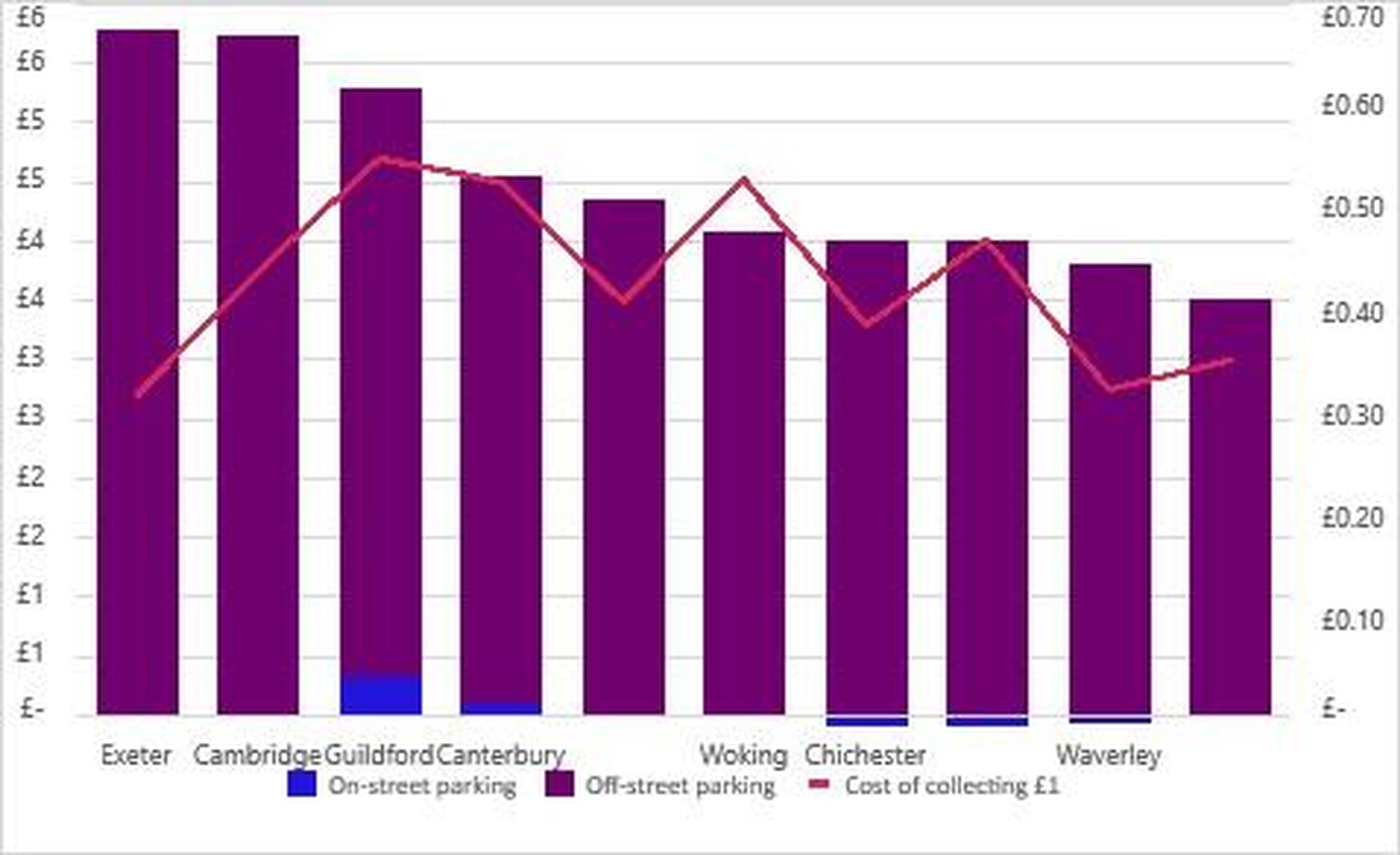 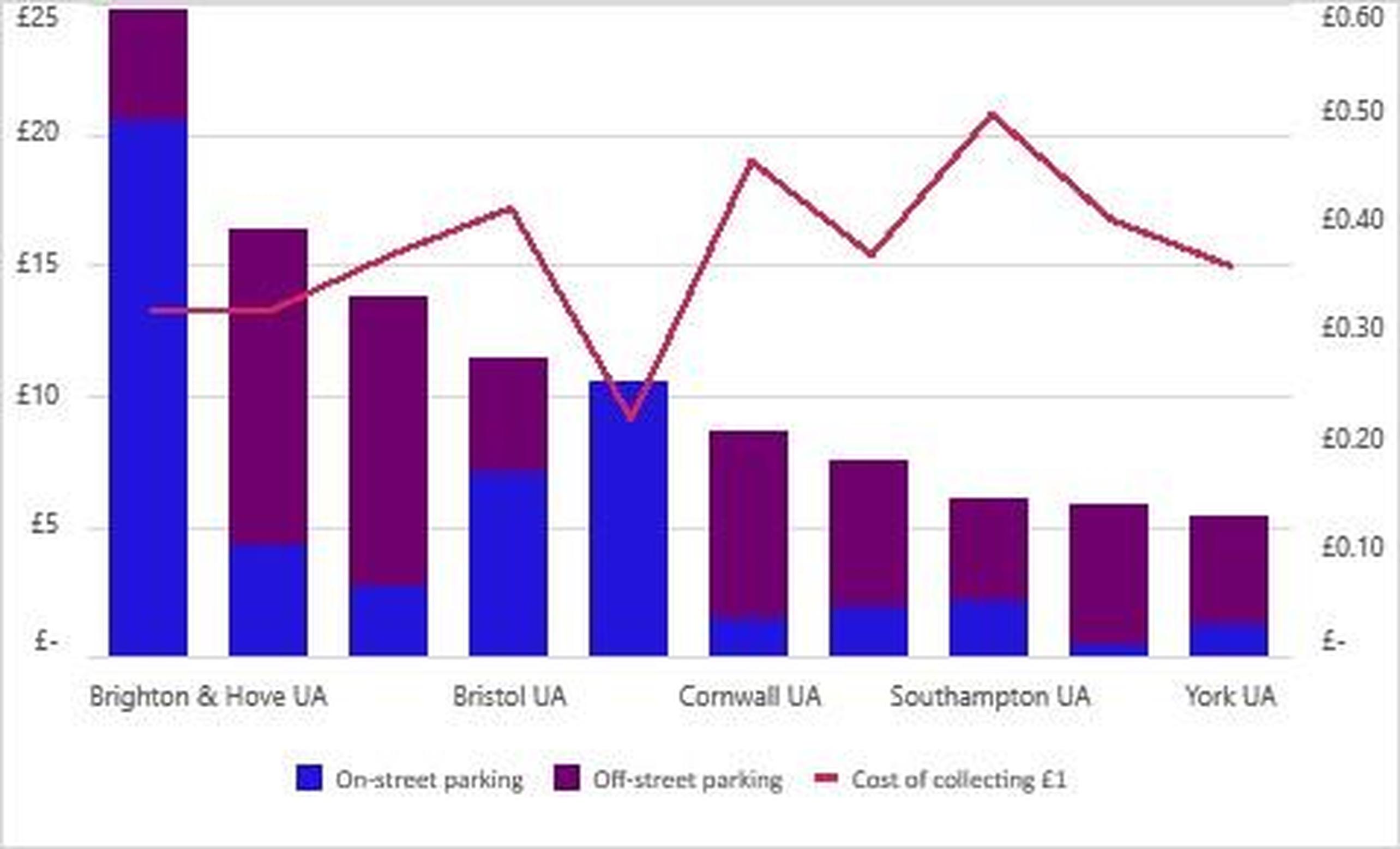 Local authority parking revenues always seem to cause a stir. In the financial year 2019/20 English councils took in £1.8bn from parking charges and fees. However, 40% of that total was raised by the London boroughs. The London authorities are different in that 94% of their revenue comes from on-street parking, compared with just 33% outside London.

It costs money to manage parking and this is where London again has an advantage. With generally high parking charges, the cost to collect each pound of revenue is generally far lower in the capital than elsewhere.

Usually at this time of year the Ministry of Housing, Communities and Local Government publish the final outturn figures for council expenditures and revenues for the preceding financial year. But this year, due to the impacts of Covid-19, their publication has been delayed, so this analysis is based on provisional returns published in October.

There are 226 local authorities this year reporting parking revenues of more than £1m. For these, the cost of collecting £1 varied from £1.34 in Plymouth (that is, it made a loss on its parking account) to just 6p in Westminster.

This highlights one of the issues when looking at the data: Are we comparing like for like? Is it really true that Wandsworth spends almost twice and Kensington & Chelsea three times as much as Westminster on operating their on-street parking operations or have some of the latter’s costs been allocated elsewhere?

Bearing this type of caveat in mind, the rest of this article looks at the top net revenue earners by type of local authorities outside of London. First up are the Metropolitan Districts, with Birmingham well out in front with net revenues of nearly £15m. Off-street parking in most of these cities is dominated by the private sector and hence the majority of revenue comes from on-street parking. It is notable that Liverpool earns relatively little from parking in part due to its cost of operations, which is markedly higher than the other districts that average around 50p per pound collected.

Parking is a major source of revenue for some unitary authorities; Brighton’s £25m is well in excess of all but the top earning London boroughs. Along with Milton Keynes, it is unusual amongst the non-London boroughs for having such a high level of on-street parking revenue. Most unitary authorities receive the majority of their income from off-street operations. It is notable that a significant number of locations in the top-ten are tourist destinations. Operating costs average 40p per pound collected, although Milton Keynes, at just 22p, has one of the lowest costs in the country.

The shire districts show another side of council parking; they are almost completely dependent on off-street parking, with some actually losing money with on-street parking operations. This list is dominated by relatively affluent towns predominantly in the South East that can presumably command higher prices. Operating costs for these districts average around 45p per pound collected.

Local authorities are in a no-win situation when it comes to parking. The newspaper headlines regularly refer to council ‘profits’ of £900m from parking operations. However, this is the net current expenditure position - no account is taken of depreciation of capital assets or, if just looking at cash flow, capital expenditures. Equally, rarely is consideration given to the opportunity cost of allocating prime estate in town and city centres to car parking. The reality is that half of that £900m ‘profit’ accrues to the London boroughs and for some smaller councils parking is a financial liability.

With councils having to grapple with climate change, poor air quality and congestion, they are faced with the dilemma of whether to get rid of their car parks and remove on-street parking to address these challenges or retain them to keep the cash flowing during what is perhaps the worst financial crisis many have ever faced..