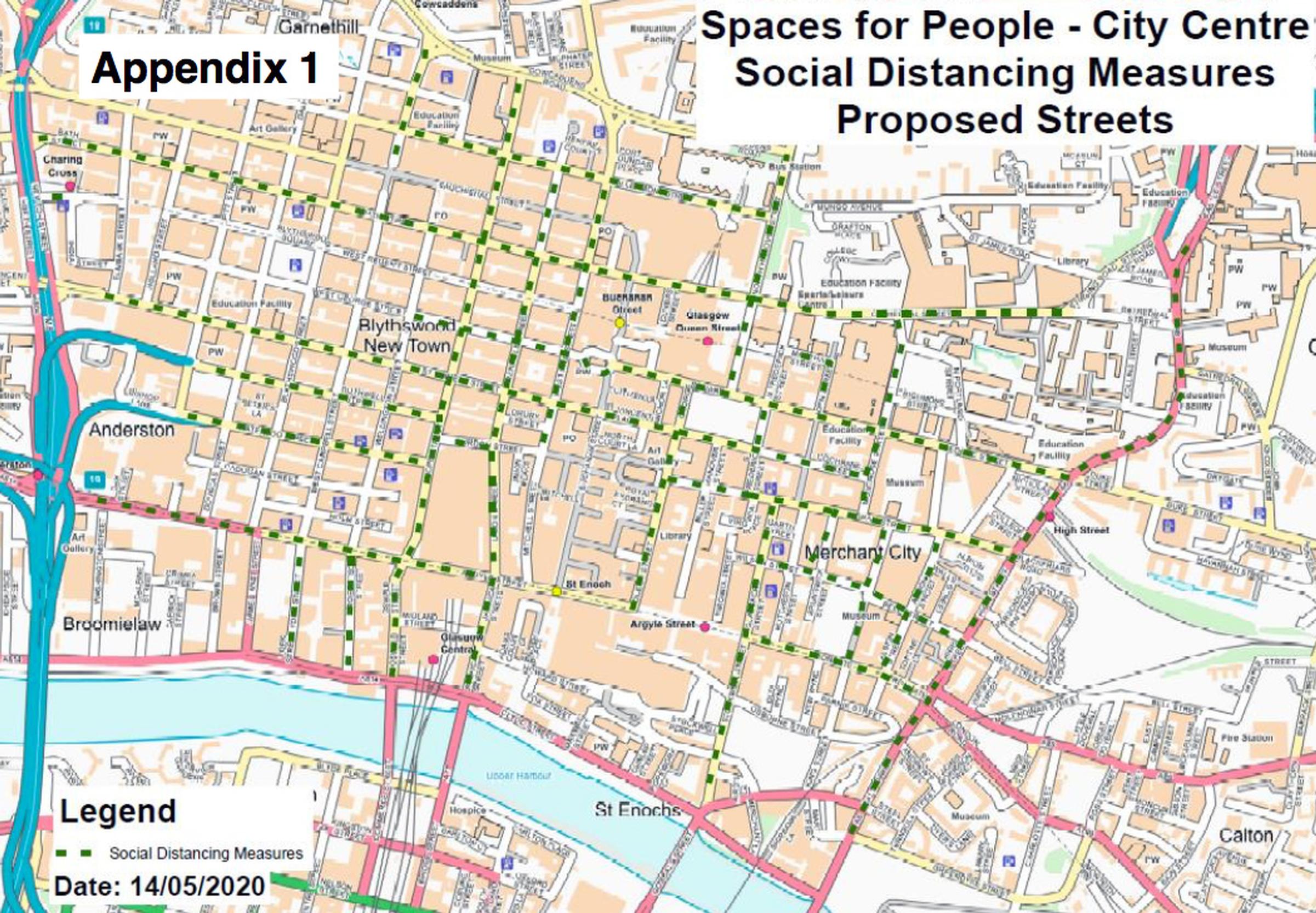 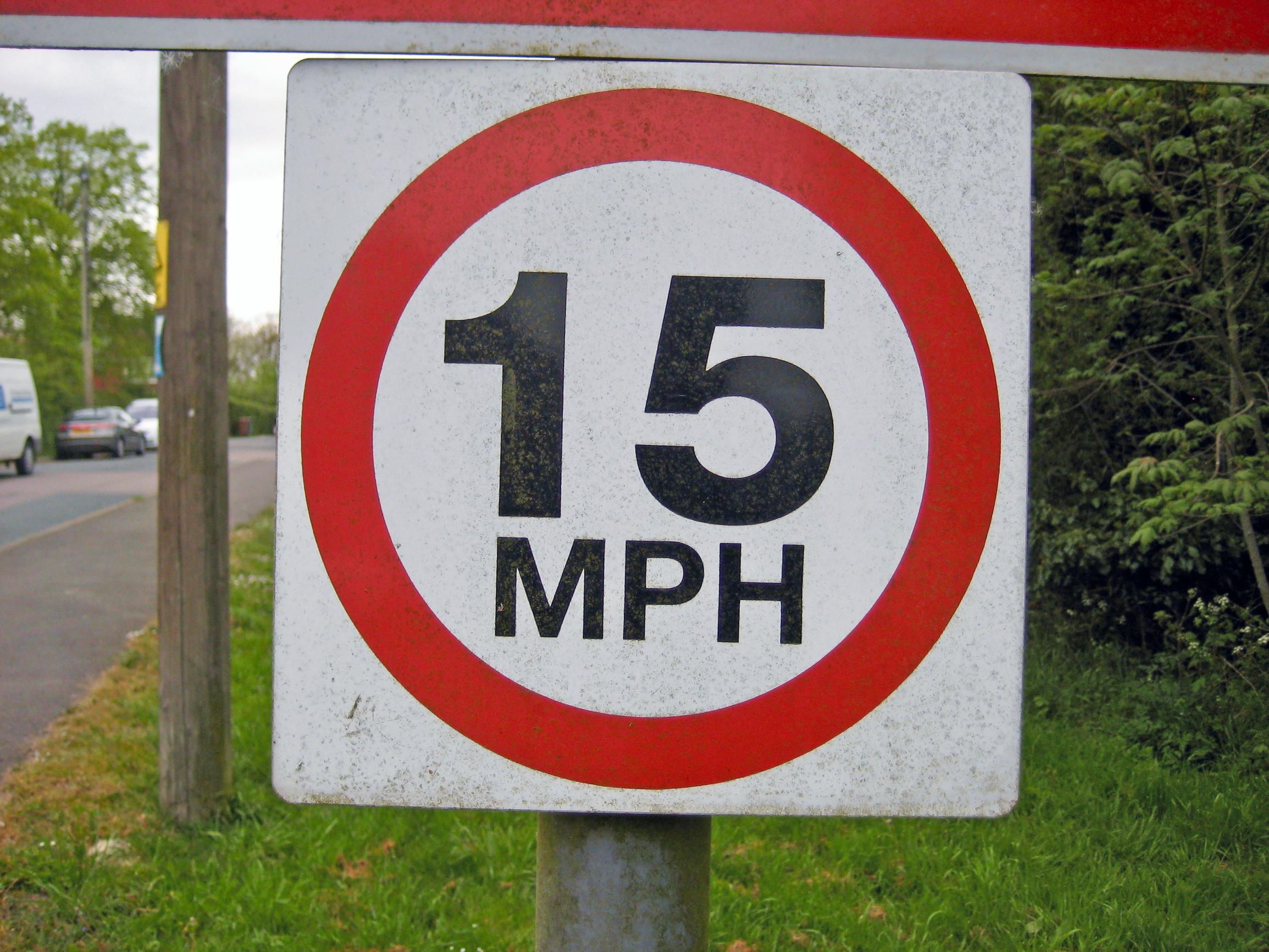 Glasgow City council plans to temporarily reallocate 25km of kerbside traffic lanes in the city centre to walking and cycling using some of its £3.5m award from the Scottish Government’s ‘Spaces for People’ fund. In most cases this will necessitate the removal of on-street parking.

Other measures being considered are:

Glasgow is exploring trialling e-scooter rental in the city centre, taking advantage of the UK Government’s promise to authorise trials, and increasing the number of bikes and electric bikes available in its bike hire scheme operated by Nextbike.

Kerbside parking could also be removed in neighbourhood shopping areas outside the city centre. This is being piloted in Partick.

Discussing the materials with which schemes will be implemented, George Gillespie, Glasgow’s executive director of neighbourhoods and sustainability, told councillors: “Where possible, delineation of road space converted to walking and cycling space will be done as unobtrusively as possible using signing and lining. However, in most cases physical barriers will be required to provide an element of safety and to ensure motorists do not enter an area set aside for pedestrians and cyclists.

“Options for these barriers include pedestrian barriers, planters, concrete blocks or rubber kerbs (orcas). The pros and cons of each are being considered.”

The City of London Corporation is delivering a big programme of temporary measures in three phases, the first tranche of which were due to be implemented last week. Phases one and two will concentrate on Tier 1 streets, the through streets in the Square Mile, with phase three looking at local access (Tier 2) streets.

As well as roadspace reallocation, measures will include timed closures to motor vehicles and point closures to make streets one-way. Streets will have an advisory 15mph speed limit – the current limit is 20mph. The City is separately finalising its request to the DfT to allow mandatory 15mph limits to be introduced (LTT 06 Mar).

The London Borough of Wandsworth is making Putney High Street a pilot for temporary measures, which are due to be put in place by the middle of this month.

Neath and Port Talbot Council is to install a new bus stop on a street in Neath town centre for alighting passengers. This will ensure that passengers alighting and boarding don’t mix in the town’s bus station.

Bus operator Transdev has called on Manchester City Council to rethink a ban on buses in the heart of the city centre. The council introduced the blockade on a section of Deansgate, between Blackfriars Street and King Street West, on 16 May. Transdev says its services have been  forced to take a lengthy diversion – denying direct access to bus stops on Deansgate.

Transdev chief executive Alex Hornby said: “Manchester City Council says that although the closure of this key section of Deansgate has been brought forward on a temporary basis, its aspiration is to make it permanent. That has serious implications for our customers who now face great difficulties in getting to the area, as not everyone can walk long distances to and from relocated bus stops.”

Cambridgeshire and the combined authority have plans for ‘pop-up’ cycle lanes for Cambridge city and other areas across the county. The initial schemes will be on Shelford Road, Trumpington Road, Chesterton Road, Milton High Street, Girton Road and Kings Hedges Road. One-way operation in Mill Road, Cambridge, is also proposed.

Campaign group Smarter Cambridge Transport criticised the painted advisory cycle lane introduced on Milton High Street. “This is not a ‘pop-up’ cylce lane in the sense that other local authorities are meaning,” it said. “It is a dangerously narrow advisory on-road cycle lane that provides no protection or incentive for people to start cycling. It is not what the Government asked for. It is worse than useless.”

Entries, exits and circulatory areas of major roundabouts in Cambridge could be reduced to improve safety, particularly for cyclists. White line centre markings are being removed from some roads to allow cycle lanes to be added.

The council is to audit dual carriageways to establish their potential for new cycle and/or bus priority lanes. Wide footways with low levels of pedestrian use could be converted to shared footway/cycle tracks.

Birmingham is also to review the design  major investment schemes to maximise the potential for active travel and public transport.

Kirklees Council is making changes in Huddersfield and Dewsbury town centres.   A number of streets in Huddersfield will be restricted to cyclists and pedestrians only. An e-scooter hire facility is being explored for St George’s Square.

Restaurants and bars in the City of London could be prevented from reopening outside seating areas because the space is needed to allow pedestrians to social distance.

In all, 138 bars and restaurants in the Square Mile have a licence for tables and chairs to be provided on-street.

Bruce McVean, acting assistant director – city transportation, and Leah Coburn, major projects and programmes group manager, told members: “Many of the streets in the City are narrow with footways that only allow 2.2 metres (the standard minimum requirement) remaining once tables and chairs are in place. In these locations, officers would not recommend that the tables and chairs licence is re-instated while social distancing requirements are in place.”

Opportunities to reallocate carriageway space to provide temporary public seating near food and beverage outlets will be explored in due course.