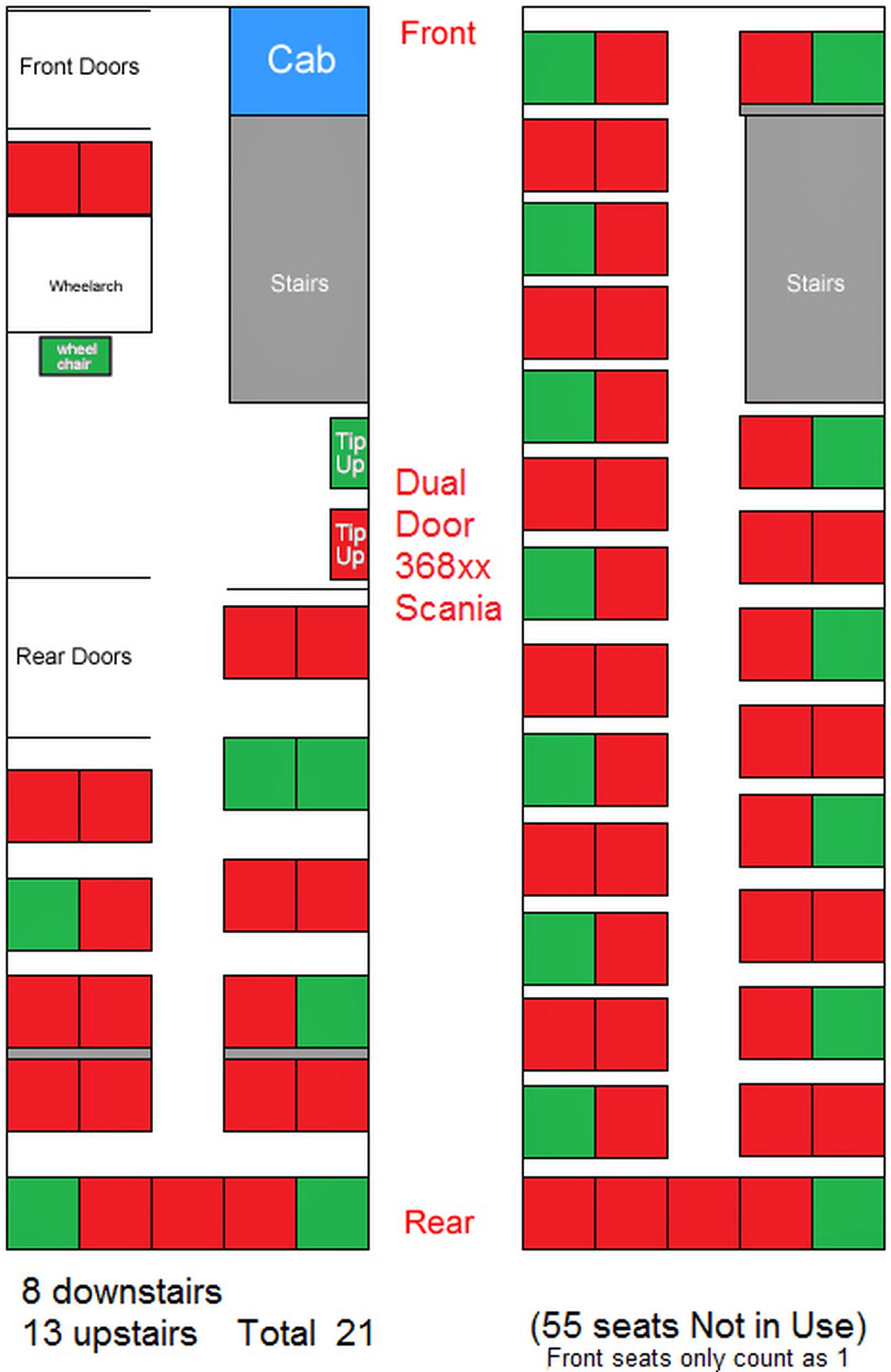 The bus industry could reach agreement with the Government next week on a new fund to pay for enhanced levels of service in England outside London. Talks are also taking place about similar deals with the Scottish and Welsh governments.

Ministers are keen to see public transport services return to near normal as lockdown restrictions ease. The first relaxations in England took place this week.

Social distancing guidelines mean that bus services are  expected to operate vehicles at only about  25 per cent of seating capacity. Operators will therefore require additional Government funding to meet the cost of frequency enhancements.

As a first step, LTT understands that the Treasury has agreed in principle to pay for operators to remobilise their fleets. Operators have delicensed many buses to save money during the virus outbreak and vehicles will need to be inspected and repaired before entering service.

The new round of funding for enhanced service levels is likely to have to remain in place for many months. During this time, operators are likely to run high frequency services on their busiest routes to make up for the reduced capacity on each vehicle. Part-route operations could run over the busiest parts of corridors. The additional resource targeted at the busiest routes may result in reduced services on other routes.

LTT understands that, as with CBSSG, the Government plans to pay the majority of the new fund direct to operators, rather than via local transport authorities.

The proposals were criticised this week by the Urban Transport Group (UTG) that represents city region transport authorities in Greater Manchester, the West Midlands, Merseyside, Tyne and Wear, West Yorkshire, and South Yorkshire.

On the plan for local authorities to continue paying operators for concessionary travel and tendered services at pre-Covid-19 levels, it said: “Using public money to pay for services that are not being provided can only be justified as a short-term emergency measure.

“Local authority finances are under increasing strain and subject to a host of pressing priorities. There is no guarantee that they will be able to continue to prioritise paying bus operators for services that are not being provided, including concessionary fare payments for passengers that are not travelling.”

The UTG questioned how the new grant will be administered. “Demand and service levels are likely to vary much more unpredictably during the recovery period in different places at different times making the system impractical to administrate effectively whilst guaranteeing that public money is not wasted.”

Operators might push up fares, it said. “With capacity restricted, it would make economic sense for operators to seek to increase fares and there is nothing in the current funding arrangements to legally prevent this from happening.”

Noting the Government’s separate Covid-19 funding arrangements for rail, bus and light rail, the UTG said: “It makes no sense to continue this fragmented and uncoordinated approach when the limited capacity of heavily social distanced public transport networks needs to be planned as a whole during the recovery period. This is clearly best done by city regions themselves informed by what is needed locally, rather than remotely from Whitehall.”

The UTG wants the Government funding for bus services  routed to local transport authorities in the form of a new Bus Service Recovery Grant.

“This funding would be used by authorities to contract for a network of services that best meets the needs of their areas, which forms part of a wider coordinated public transport service.

“Service contracts would be awarded directly (through minor amendments to the current legislation on the tendering of services) to existing operators in practically all cases. Service timetables would then be agreed between operators and local authorities and would be adjusted regularly in response to changing demand for bus travel during the recovery phase.

“All the fares income from bus services would come to the local transport authority, with the new Bus Services Recovery Grant used to close the remaining gap between the cost of providing services and the income from fares.”

The UTG said its proposals would “end the bureaucracy and potential wasted public money from the unproven national system of clawback of any overpayment  inherent in the current system”.

All aboard the social distance bus

FirstGroup’s West of England subsidiary has been trialling social distancing on the 24 route in Bristol between Ashton Vale to Southmead Hospital. “It’s been very well received,” James Freeman, First West of England’s managing director, told LTT this week. The diagram shows First’s proposed seating plan for a Scania double decker. The green seats are those in which passengers will be permitted to sit. They total just 21 of the 76 seats.