Transport taxation and expenditure across Great Britain is put under the microscope in a new report published by the RAC Foundation. 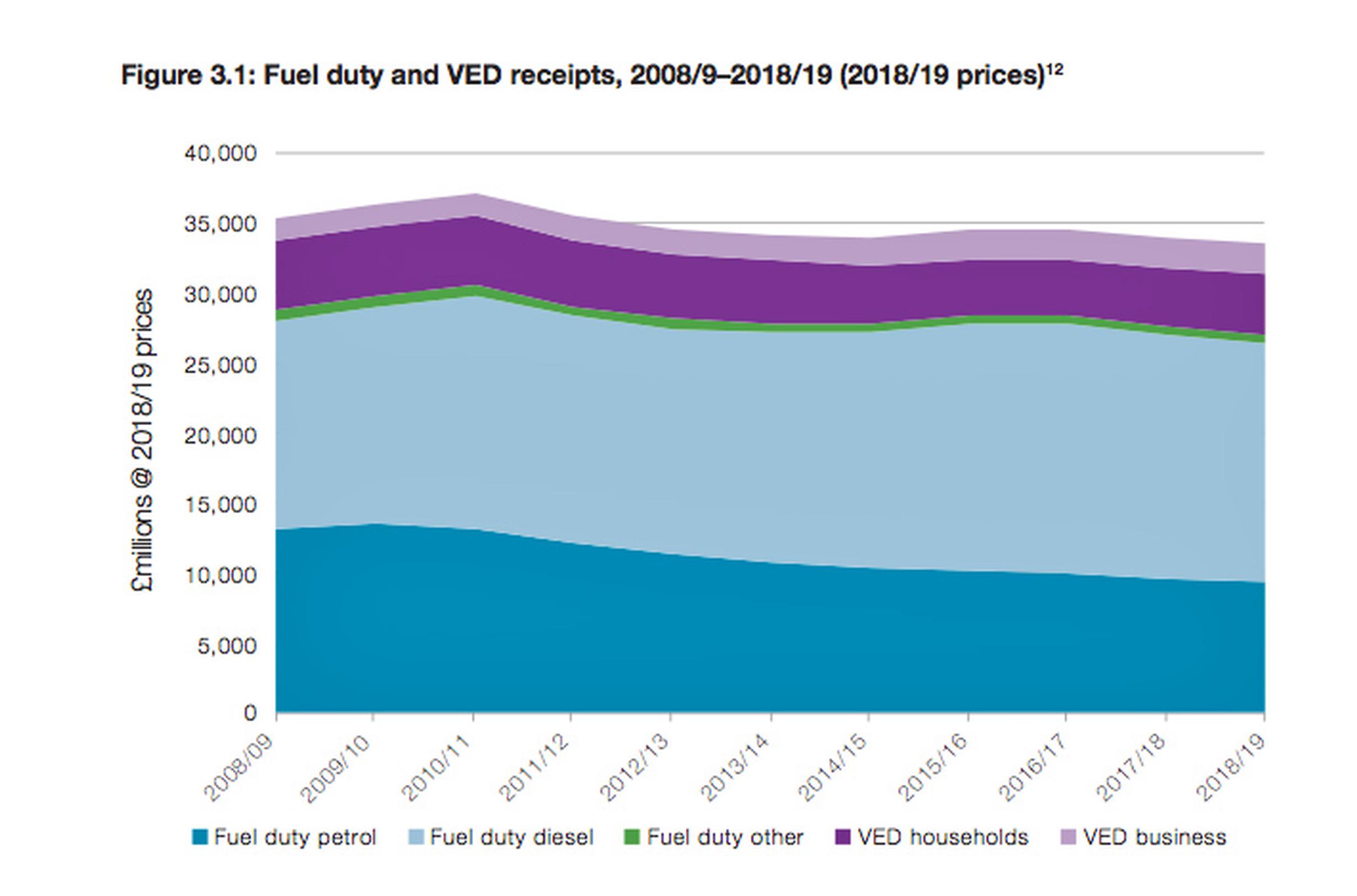 The last decade has seen marked shifts in patterns of public spending on transport and a reversal in a long-established trend of increases in transport taxes, according to a new analysis by David Bayliss, the former chief transport planner at the Greater London Council and director of planning for London Transport, the predecessor to Transport for London.

Steve Gooding, director of the RAC Foundation that has published the analysis, said: “David’s report [raises] the prospect that in the absence of a root-and-branch overhaul of transport taxes and with the prospect of hefty increases in investment in the national railways, and to a lesser extent trunk roads, there is a real prospect that public spending on land transport could come to exceed transport tax receipts.

“It remains to be seen whether the measures being taken to respond to the coronavirus pandemic and subsequently to help the economy recover will indeed take us down this path.”

The report contains a mass of detail on transport taxation and public expenditure.

Overall, Bayliss says: “Over the period (2008/09-2018/19) the excess of transport direct tax receipts over [transport] public expenditure has shrunk, at constant prices, from almost £11bn/year to roundly £2bn/year.

“This has been driven on the one hand by real reductions in motoring taxes and on the other by a doubling of public expenditure on the railways.”

Direct transport taxes (fuel duty and Vehicle Excise Duty (VED)) currently yield about £33.6bn a year – 5 per cent of all central tax and National Insurance contributions, and about £1.9bn a year more than public expenditure on all forms of domestic transport.

“The freezing of fuel duty prices in March 2011, along with improving vehicle fuel economy, reduced fuel duty receipts by £1.7bn over the period, whereas they would have instead risen by around £1.3bn (a £3bn difference) had fuel duty been raised in line with inflation,” says Bayliss.

The restructuring of VED rates, combined with a higher proportion of vehicles emitting lower levels of carbon dioxide, resulted in a reduction in real VED rates of 14 per cent, and a consequent 3 per cent reduction in receipts, despite the increase in the road vehicle parc.

Despite the falling receipts, Bayliss says “car travel pays substantially more in taxes than the amount by which it benefits from public expenditure on the road system”. He estimates that taxes paid for car travel have fallen from 3.9p/passenger-kilometre (pkm) in 2008/09 to 3.5p/pkm in 2018/19. If public spending on roads is taken into account, the fall in net tax take reduces from 2.6p/pkm to 2.4p/pkm.

Turning to railways, Bayliss says the level of public support for rail is “rather more complex” than other modes “because of the range of types of operations in existence, and how certain elements of expenditure should be treated”.

Analysis of rail spend is complicated by Network Rail’s reclassification as a central government body rather than a private company in September 2014.  This resulted in a sharp increase in reported spending on rail capital and current expenditure between 2014/15 and 2015/16. Network Rail had net debts of £54.1bn at the end of 2018/19, which incurred an annual financing cost of £2.2bn.

“If all [rail] public expenditure is allocated to contemporary traffic levels, support rates averaged 16.4p/pkm over the period, ranging from a minimum of 13p/pkm in 2014/15 to a maximum of 22p/pkm in 2018/19, this recent surge reflecting the reclassification of Network Rail’s loans and the build-up of HS2 spending.

“A more meaningful treatment of National Rail’s passenger travel support rates is the direct subsidy rates. These fell over the period from 10.9p/pkm to 6.3p/pkm; when other costs (but not Network Rail loans) are included, the drop is rather less, from 11.7p/pkm to 10.5p/pkm, reflecting the fact that savings in routine operations are being offset by higher rates of investment.”

On rail taxes, train operators pay duty on the fuel oil they burn, but this is levied at a lower rate (11.14p/ litre) than that which applies to most forms of road transport. Passenger railways used 469 million litres of diesel in 2018/19. This implies annual fuel duty revenue from passenger rail of about £52m. For rail freight the corresponding figure is £17m. As the duty rate has not changed since March 2011, Bayliss says the real value of rail fuel duty receipts has fallen from £83m in 2008/9 to £79m in 2017/18.

The Climate Change Levy applies to most industrial electricity consumption but electricity used by trains is exempt. “With the levy standing at 0.583p per kilowatt-hour, with the railways using 4,052 million kilowatt-hours in 2018/19, this was worth of the order of £23.6m,” says Bayliss. “Electricity consumption by National Rail for passenger and freight operations increased by 35 per cent between 2008/9 and 2018/19, while TfL’s Underground and rail operations use just over a third as much electricity on top of National Rail’s usage, thus benefitting from this exemption to the tune of about £8m a year.”

Turning round the Tube

Taxpayer support for London Underground has fallen sharply. “London Underground required approximately £0.7bn operating subsidy in 2008/09, but converted this into a surplus of £0.44bn in 2018/19. Over the period an 8.2p/pkm subsidy was turned into a 3.6p/pkm surplus. If other costs are included, the London Underground continued to need financial support, but at a rate reducing from 21.5p/pkm to 7.1p/pkm.”

“These subsidies have reduced significantly over the period – by 28 per cent overall, with BSOG/BSSG and service subsidies being particularly badly hit, seeing reductions of 49 per cent and 35 per cent respectively.”