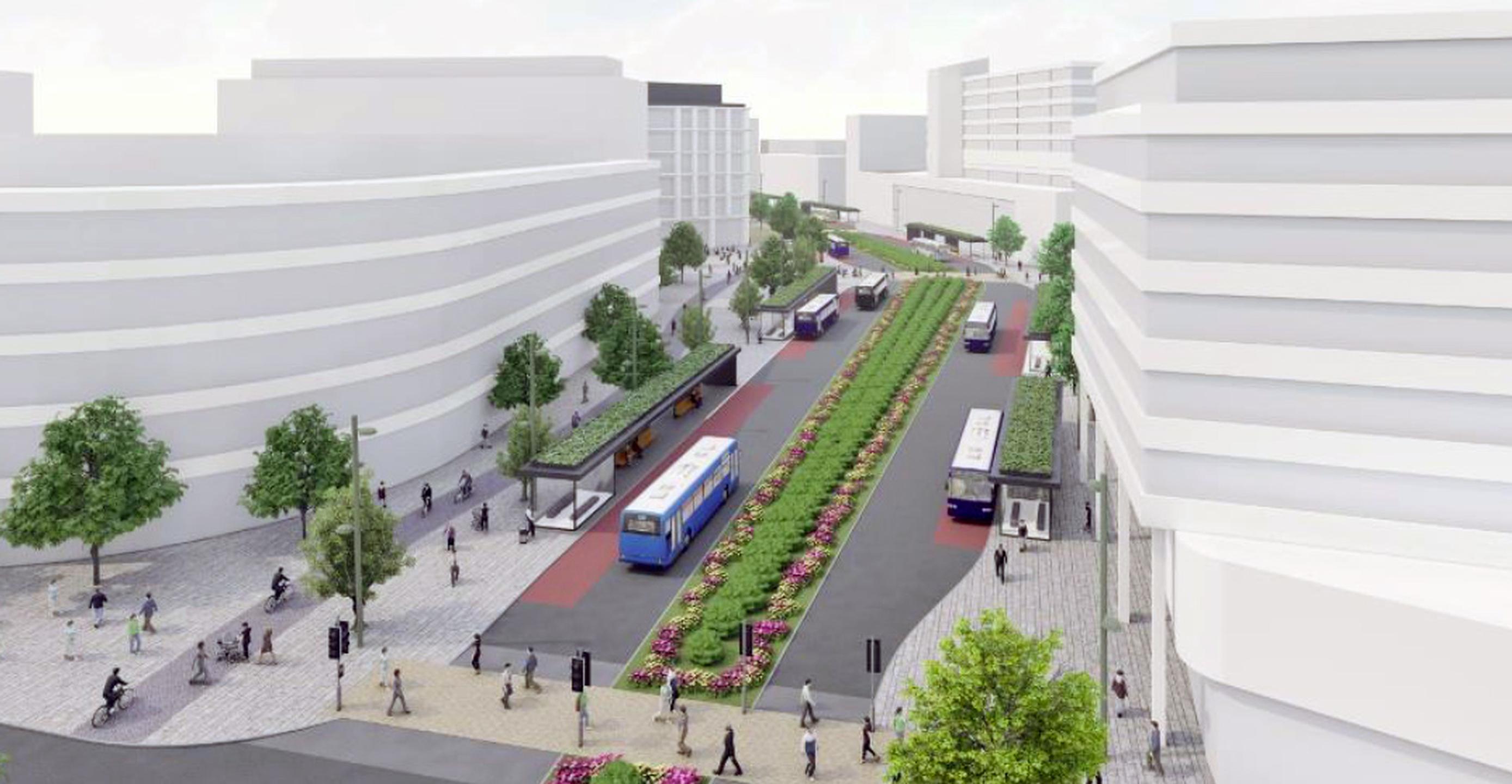 Swindon Borough Council has revised a town centre movement strategy after the draft version was widely criticised during a consultation.

“It is clear that the draft of June 2019 has drawn little support from any interested parties or from the public,” said officers in a report to the council’s cabinet last week. “A significant re-draft has therefore been necessary.”

Among the most frequent criticisms were that the strategy focused too heavily on road traffic and gave little consideration to place-making. Bus operator Swindon’s Bus Company called the strategy “unimaginative” and said it could create “serious operating and commercial difficulties for bus operators”. It was a missed opportunity to support mode shift away from the car, it added.?

The council has now published the revised strategy featuring 25 proposed interventions. The 13 of the draft document have been “simplified and clarified” and supplemented “with a range of other interventions that reflect suggestions made by consultees”.

One of the key interventions that featured in the original draft and remains in the final version is the creation of a bus boulevard on Fleming Way, between Milford Street and Princes Street (LTT 29 Mar 19). The street is already served by most of the town’s bus services and in future it will handle all services including National Express services. This will allow the closure of what the council says is the “unattractive” and poorly connected bus station that currently handles inter-urban and regional services.

“As well as providing a state-of-the-art bus facility, the bus boulevard scheme will deliver significant urban realm improvements, not least of which is the lowering of Fleming Way to allow the existing pedestrian subway to be replaced with a surface-level crossing,” says the council.

General vehicle traffic will be prohibited from the bus boulevard section of Fleming Way but taxi access will be retained.

The council wants to improve pedestrian and cycling accessibility across the railway and will explore improvements to the Bristol Street and Sheppard Street underpasses. It also wants to work with Network Rail on a new crossing west of the station as a longer-term aspiration.

Station Road and Holbrook Way, which parallel one another south of the railway station, will be reconfigured, retaining the “required highway capacity” but reallocating “unnecessary traffic space” for improved footways, cycle facilities and landscaping.

The council is to explore ways of relieving congestion on Corporation Street, a north-south road that passes under the railway east of the station. The investigations will focus on the section of the road between Great Western Way north of the railway and Manchester Road to the south. The works will improve car access to the town centre and reduce congestion on Great Western Way.

Great Western Way serves as a western and northern bypass of the town centre, extending as far as junction 16 of the M4 on the western edge of the town. The council plans to improve the road’s operation by junction investments and installing an urban traffic management and control (UTMC) system.

“Similar to the ‘managed motorway’ initiatives now being rolled out by Highways England, a UTMC system will allow strategic control of traffic signals and signing along the corridor,” says Swindon. “Monitoring equipment will allow decisions about signal timings to be made in direct response to changing traffic patterns, allowing queues to be better managed.”

A town centre parking strategy in December 2017 reported that there were 20 public car parks within the central area offering 5,100 spaces. Demand “falls comfortably within the available capacity”, says the new strategy.