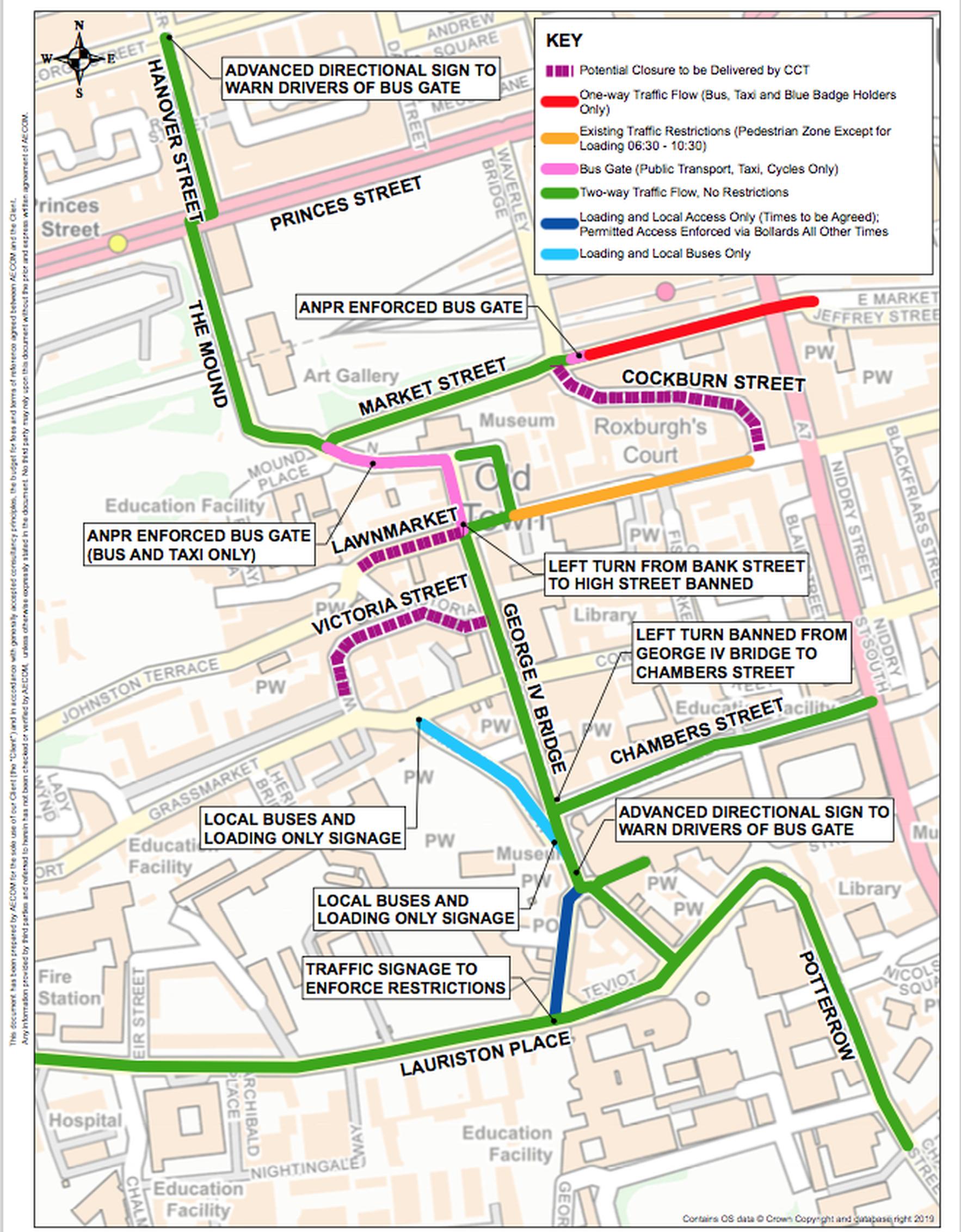 A £16m project to give pedestrians and cyclists more space at the expense of vehicular traffic in central Edinburgh city centre has  moved a step closer after councillors authorised the commencement of statutory processes.

The Meadows to George Street project covers the streets between the Meadows public park, south of the city centre, and George Street in the city’s New Town to the north.

The corridor links the city’s Old and New Town areas across the Waverley Valley and a number of visitor attractions lie on it, or close to it, including: the National Gallery, National Museum, National Library, Greyfriars Bobby, The Royal Mile and Princes Street. Many of the University of Edinburgh’s buildings are located near the Meadows.

A two-way segregated cycle path will be installed along the corridor, and footways will be widened in places, such as on George IV Bridge. End-to-end general traffic will be banned.

Edinburgh’s leadership advisory panel, a committee set up to take decisions during the Covid-19 restrictions, has now approved the start of statutory procedures for the Traffic Regulation Orders and Redetermination Order to deliver the project.

Transport and environment convener Councillor Lesley Macinnes said: “The Meadows to George Street project will deliver a significantly improved environment for pedestrians and cyclists as part of the Edinburgh City Centre Transformation project. Not only will this encourage active travel along a key route but it will result in a more relaxed and welcoming atmosphere.”

The segregated cycle path will vary in width between 2.5 and three metres. At George Street it will connect up with a proposed segregated east-west cycle route on the south side of the street. This is part of the council’s separate £20m George Street and First New Town project.

Edinburgh says banning through general traffic on the George Street to Meadows corridor is necessary to allow the   cycle path to be installed on the narrow Bank Street, at the top of the Mound on the approach to the  Royal Mile junction. The cycle  path here will narrow the remaining carriageway to such an extent that an alternating one-way traffic flow will operate, controlled by traffic signals. Only buses, taxis and vehicles requiring local access will be permitted.

On George VI Bridge, two of the four lanes for general traffic will be removed, reducing the carriageway width to 6.5 metres. Footways on both sides of the street will be widened to more than six metres.

‘Floating’ bus stops, whereby the cycle path passes round the back of a stop, will be installed at some locations along the corridor. Zebra crossings will give pedestrians priority when crossing the cycle path to/from the bus stop.

More seating areas and planting will be installed in places.

The proposals also affect Market Street, which runs from a junction on the Mound down to Waverley Bridge and on along the south side of Waverley station. The street will be closed to through traffic between Cockburn Street (at Waverley Bridge) and Jeffrey Street further east, with camera enforcement. The council says this will reduce footway overcrowding.

Blue Badge holders will continue to be able to drop-off and pick-up at the Market Street entrance to Waverley station. Drop-off for general traffic will still be available on Calton Road on the north side of the station, or further east on Market Street.

The council is still considering design changes to Market Street between the Mound and Waverley Bridge, to improve cycle connectivity to the station. This is  part of a wider project studying  active travel connections across the Waverley Valley, including Waverley Bridge, East Princes Street, North Bridge and a possible new walking and cycling bridge over Waverley Station.

The George Street to Meadows works have an estimated construction cost of £15.9m, up from the £13.8m reported in January 2019. The figures do not include the works on Market Street, on which design work is continuing.

Transport Scotland is contributing 55 per cent of project costs via the Sustrans Places for Everyone fund. The remaining 45 per cent comes from the council’s active travel budget.

Construction is planned to commence in 2022.