After COVID-19, is it back to normal, or forward to better? 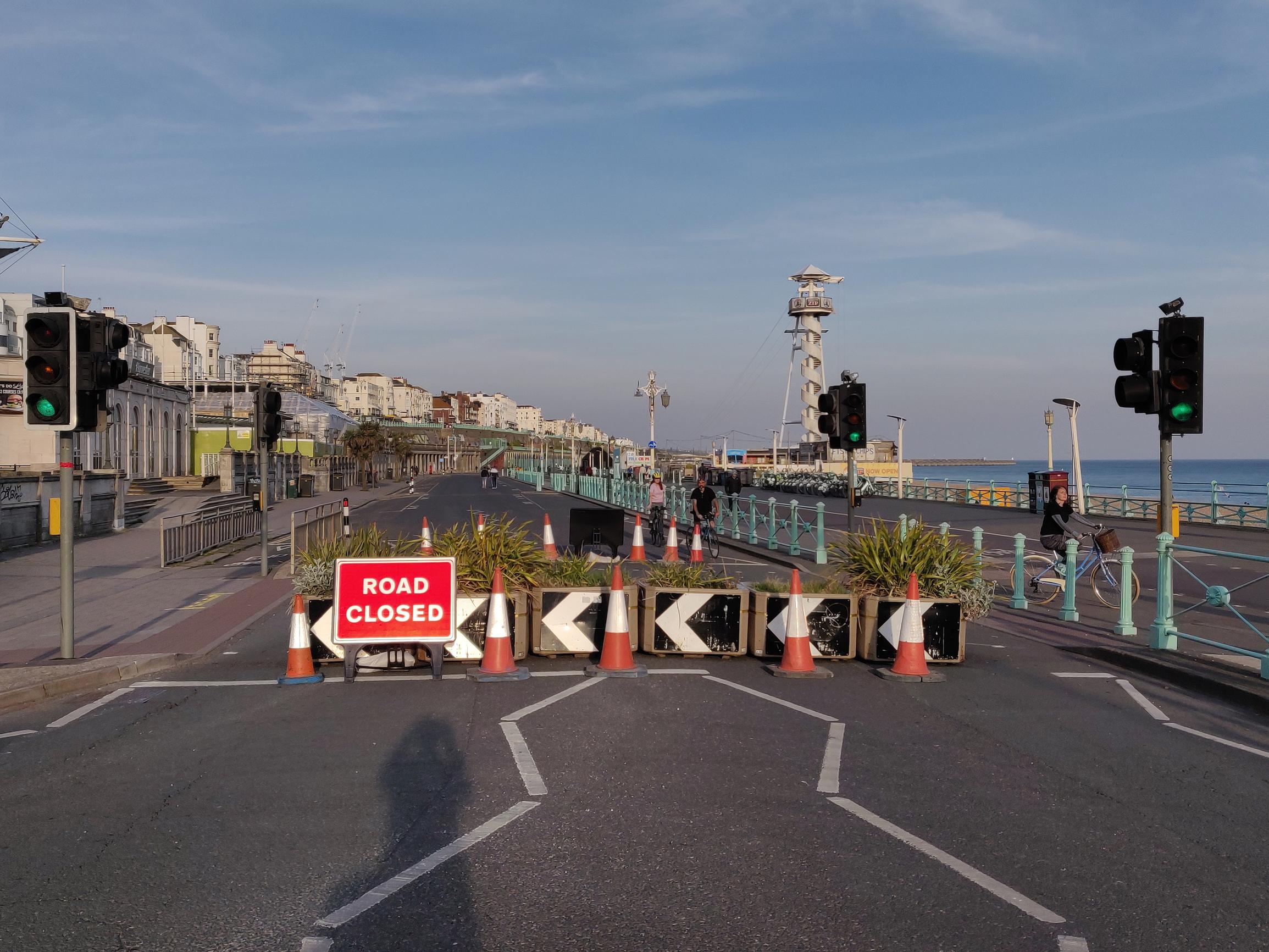 Lithuania’s capital, Vilnius, plans to hand over swathes of its public space to hard-hit bar and restaurant owners so they can put their tables outdoors and still observe physical distancing rules

The past is a foreign country, we do things differently there. Or do we? With a sharp decline in traffic, repurposing urban space to allow for more walking and cycling during lockdowns has become a global activity. From Brighton to Bogota, cities are re-claiming space previously dedicated to vehicles. Most are re-allocating space from roads, but Lithuania’s capital, Vilnius, has gone further by announcing plans to hand over swathes of its public space to hard-hit bar and restaurant owners so they can put their tables outdoors and still observe physical distancing rules.

Brighton and Hove City Council was the first UK council to close a major road along the south coast resort’s seafront to motor traffic in favour of walkers and cyclists. Such road space allocations are already being rolled out successfully in New Zealand, the USA, Italy, Canada, Germany and elsewhere. But will the trend last post-lockdown? Vehicle use is fast returning to ‘normal’ levels in China and other post-lockdown countries. In the UK, Dixon's and fast food chains are already suggesting boosting 'drive-in and ‘drive-by facilities' in order to comply with social distancing guidelines.

These issues were keenly debated in the LTT session. The majority of participants were keen to see this trend become the ‘new normal’ – and a few to share notes on why this might not be so easy.

Tactical urbanism in the UK?

The Department for Transport has given local authorities in have been given more powers by to re-allocate road space to walking and cycling, such as closing roads or changing their use, as long as they’re in line with Government COVID-19 safety guidance.

These new powers are set out in the DfT guidance on the making of traffic regulation orders (TROs) during the COVID19 pandemic, and were produced in response to concerns about the ability of traffic authorities to implement the publicity requirements when making permanent or temporary TROs during the current crisis.

But transport secretary Grant Shapps is now under pressure to announce emergency funding to enable local authorities to pay for ‘pop-up’ cycling and walking infrastructure to enable physical distancing during lockdown. The Scottish government has already unveiled a £10-million programme to enable the creation of pop-up cycleways and widened sidewalks on April 28. The Welsh government is expected to follow suit soon.

Shapps enthusiasm for backing what he called “own-steam” travel was apparent when he was interviewed on two of Sunday’s flagship TV politics programmes on May 3. He told the BBC and Sky TV  that the government was looking to encourage cycling and walking after what he described as a “massive expansion” in interest in active travel.

'Active transport, keeping people off the public transport and getting to work under own steam, could be a very important part of [lockdown] recovery,' he told the media.

But things are not happening as quickly as in thr rest of the world. Many discussion participants wondered why ‘quick and dirty’ reallocation of road space is not happening widely in the UK, compared to other countries. It was also noted that many cars are driving faster, which makes some nervous about cycling. However, one participant responded: “My daughter feels much safer cycling at the moment, even on bigger roads. We need to take advantage of the slowdown, but higher vehicle speeds are certainly evident, hence the need for segregation.”

Several speakers noted that road space re-allocation “requires politicians to make decisions, which is difficult at the moment with councils only running limited meetings”, while also noting that local authorities globally have the same pressures, and are acting nonetheless. It was also suggested that reluctant elected members may “not believe the current demand for cycling, unless it can be demonstrated”.

Other suggestions received general assent. In some areas, highways teams are currently stood down apart from emergency maintenance works, with staff re-deployed. There is a recognised need to focus more on pedestrians in high street environments, ensuring that they have sufficient space for social distancing whilst queuing outside shops. Is there, it was asked, any appetite councils to “be radical” and to use Covid-19 as an opportunity to really change things, or are they being prodded/cajoled by external lobby groups?

“Entire lanes on normally busy roads could be neutralised for the next months with close to no impact on congestion as traffic is extremely low,” suggested one participant. “We would be disappointed if, within the next three months, there can’t be some sort of move towards re-purposing public spaces. It’s now 13 years since Manual for Streets was published,” said another. One local authority participant suggested that cycling and other micro-mobility modes might be more sanitary options than travel by car, and asked if anyone is aware of any scientific data to back this? “We are asking our teams to snap pictures of the amount of cycling happening, so as to document the current trend and show how roads and streets could be amended to give active travel more space.”

A participant joining from Milan explained that, despite re-allocating space to cyclists, his city is also easing its low emissions zones, enabling more cars to travel to the city centre as public transport will have less capacity due to Covid-19 induced constraints. However, he suggested that expensive parking may have an impact, and one alternative might be more flexible opening / working hours. He also felt that cycling wasn’t a commuting option for the general population: “We have a good cycling environment, still, there’s very little mode share… not sure if 35+ km of new cycling lanes will really increase the use. An average Italian middle-aged man like me may be willing to cycle 30 minutes.” Others agreed that there is a limit to how many people can actually use cycling for going to work or shopping, but one cycling advocate argued that “30 minutes is enough for most residents in most cities to reach the centre; covering 5 miles / 8km reasonably easily without being fit.”

Several among the 80-plus participants sounded a cautious note, suggesting that we need to be careful in drawing too many conclusions from what is a short-term response to the current situation, compared, that is, with what we might actually plan to achieve? Now there’s a topic for a good debate. Watch this space...

Reporting and reflections by Juliana O’Rourke