Coronavirus: People would prioritise schools and workplaces for re-opening 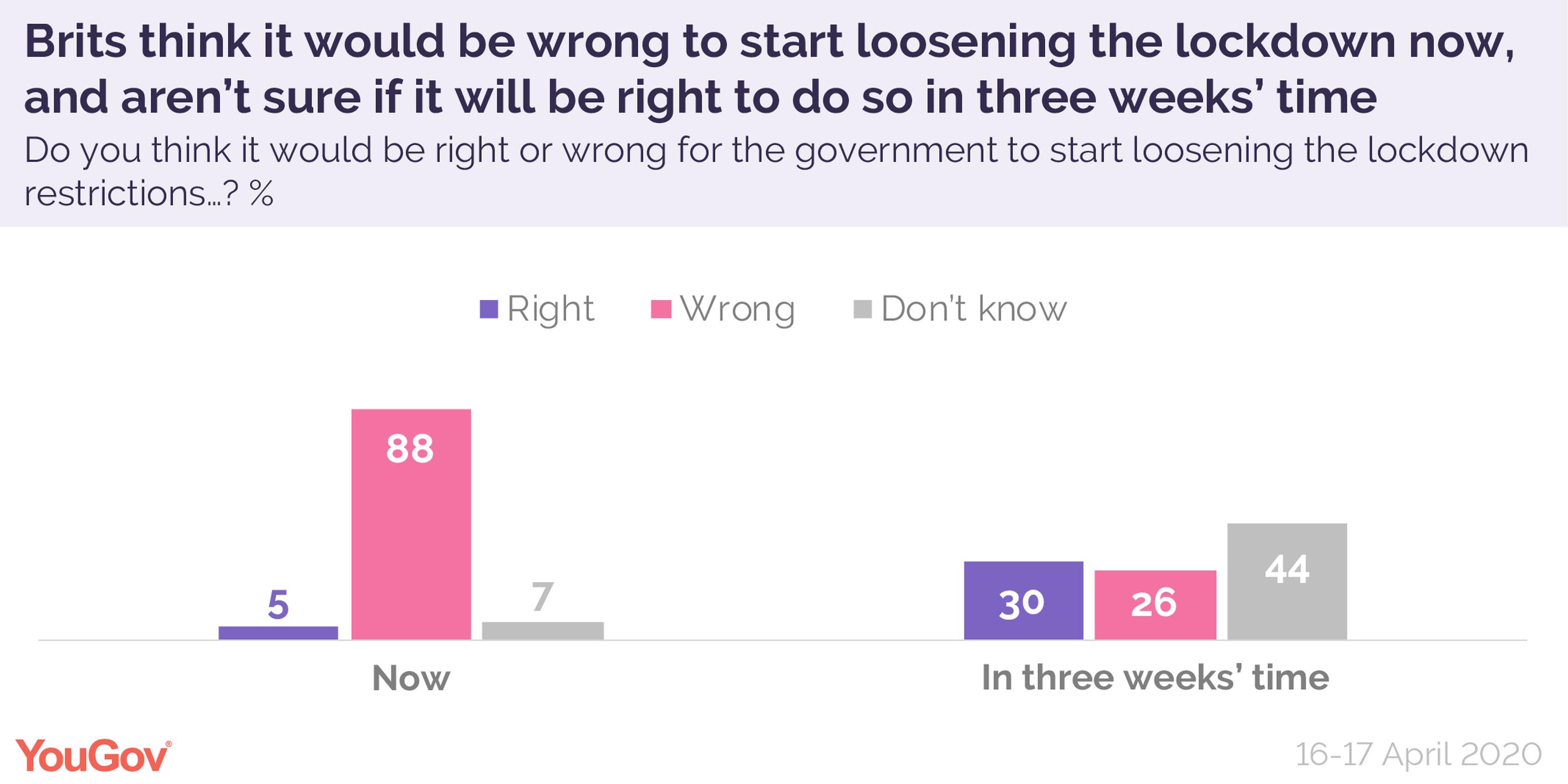 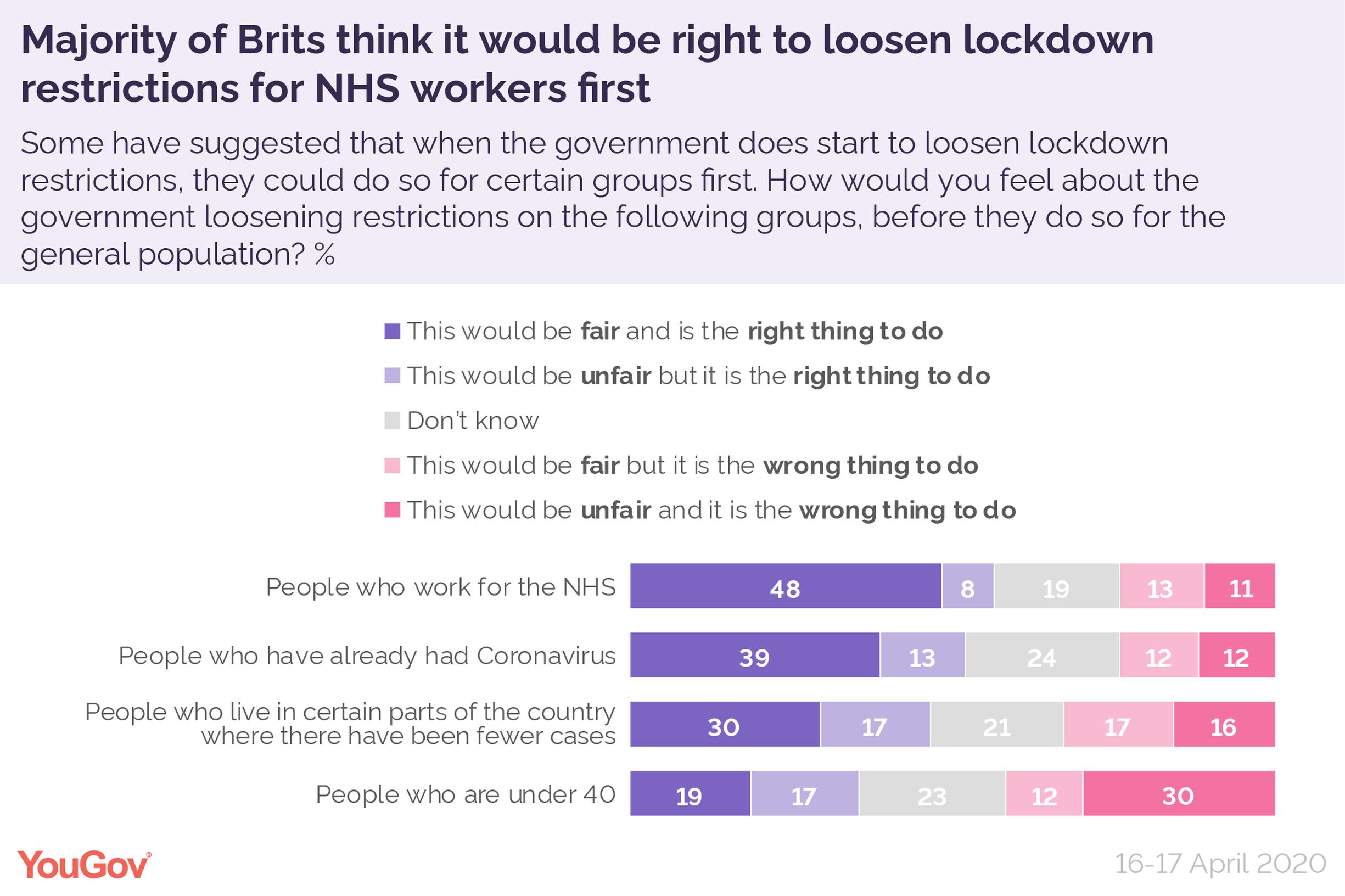 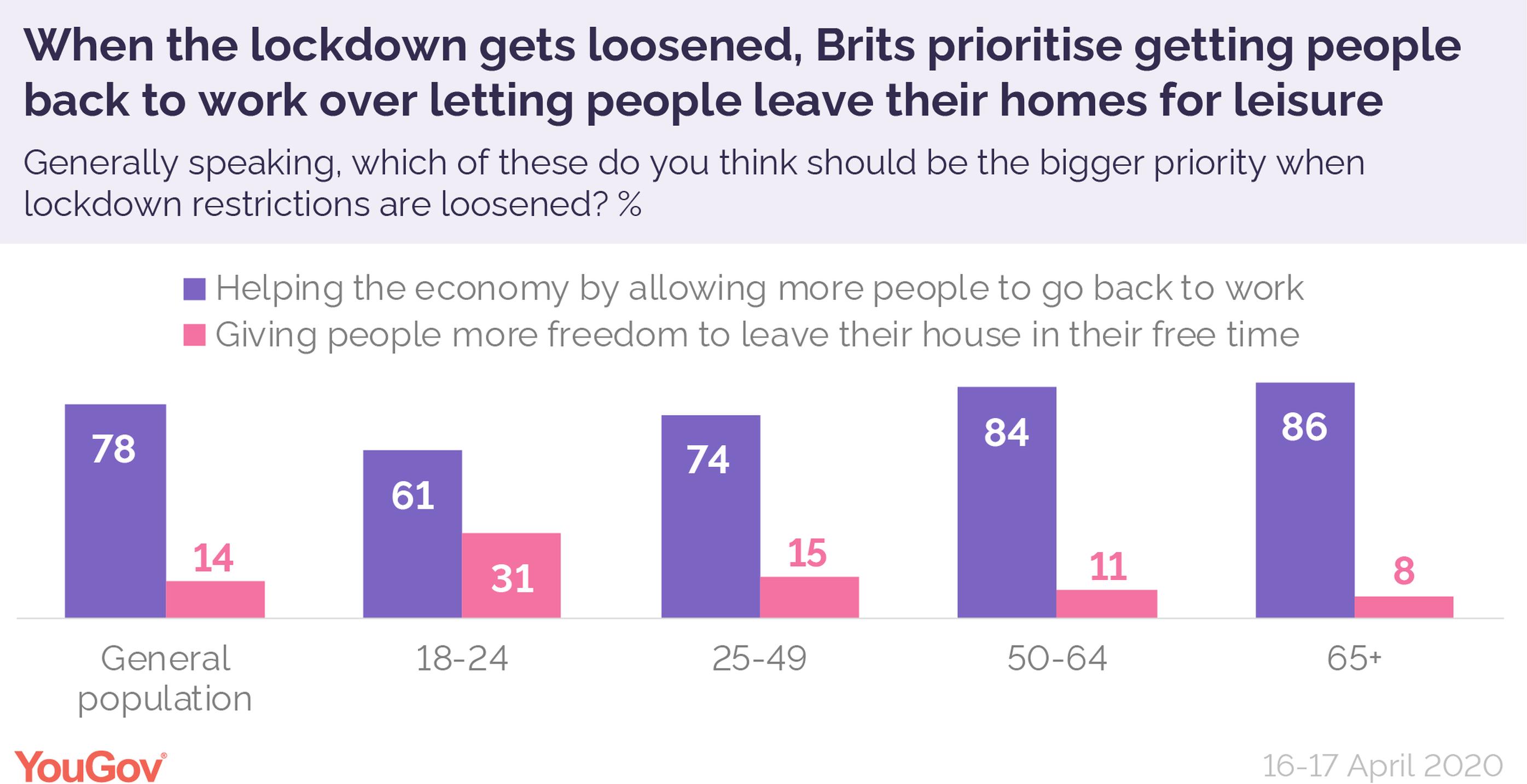 Three-quarters of the British public support a gradual loosening of lockdown restrictions designed to reduce the impact of the coronavirus epidemic, a survey suggests.

Polling company YouGov asked over 2,000 adults how they think the Government should be bringing us out of the coronavirus lockdown. Its research suggests 74% of people would prefer a gradual lifting of travel restrictions and closure of non-essential stores and social gatherings.

YouGov suggested the reason for the high levels of uncertainty is that many people will be making a decision based on criteria rather than timings, and do not yet know what the situations will be in three weeks.

When asked about what specific criteria the Government should use in order to decide when to start removing restrictions, the median view was that it should not happen until there has been a substantial fall in the number of daily deaths (selected by 32% of respondents).

However, a further 37% took a tougher line, thinking the Government should wait until there were no new cases at all being reported (13%), until antibodies tests are easily available (18%) or even until a vaccine is available (6%).

In terms of process, there appears to be a broad consensus among the public that restrictions should be loosened gradually (74%) rather than all at once (18%). The process should be gradual, prioritising opening schools, said respondents.

YouGov asked people what they wanted to be prioritised in these gradual loosening of restrictions. Top of the list was reopening schools, followed by encouraging non-essential workers to go back to work, which 19% thought was a top priority, as well as reopening shops that do not sell essential items (e.g. clothes stores or hairdressers).

The public also wanted the Government to prioritise “helping the economy by allowing more people to go back to work” (78%) over “giving people more freedom to leave their house in their free time” (14%).

YouGov said it is not surprising that activities that would generally fall more into the latter group, such as allowing people to meet in small groups, allowing large events (such as sports games, or festivals); or reopening pubs, bars, and restaurants are at the bottom of people’s priorities list.

However, large age differences emerged, with 18 to 24 year olds being four times more likely than those over 65 to want to prioritise giving people more freedom than helping the economy (31% to 8%). They are also more likely to list allowing people to meet in small groups as a top priority, by 13% to 5%.

YouGov also tested reactions to the idea of losing restrictions at different speeds to different groups. There was broad support for doing so for people who have already had the virus, with twice as many people thinking it is the right thing to do (52%) than the wrong thing to do (24%).

Chris Curtis, Political Research Manager at YouGov, said: “We have reached the peak of the coronavirus curve, and the conversation is naturally turning to the so called ‘exit strategy’. That is, how does the Government begin to reverse the unprecedented lockdown measures it has put in place to stop the spread of the virus.

“Just as during the introduction of the measures, the Government will be working to keep the public onside as they are relaxed. This could end up being an even more difficult challenge.

“The public have been more comfortable than expected about the mass disruption to their daily lives. While this was helpful to the Government in the early stages of the outbreak, allowing it to put in place the tough measures, it could cause them some difficulties later if there is a perception that restrictions are being loosened too quickly.

“Overall, the data shows a public who are very cautious about loosening restrictions, and thing it should be done slowly and gradually, albeit in ways that will help the economy to rebound. This presents a key challenge to the Government, who risk alienating the public they have done a good job at keeping on board if they move too fast.”

The survey sample size was 2,015 UK adults and the interviews were conducted between 16-17 April.