Leeds gets to work on £270m transport programme

Leeds City Council is currently delivering the £270m Connecting Leeds public transport investment programme. Ahead of the Quality Bus Transit conference in the city later this month, we take a look at some of the things the investment is delivering 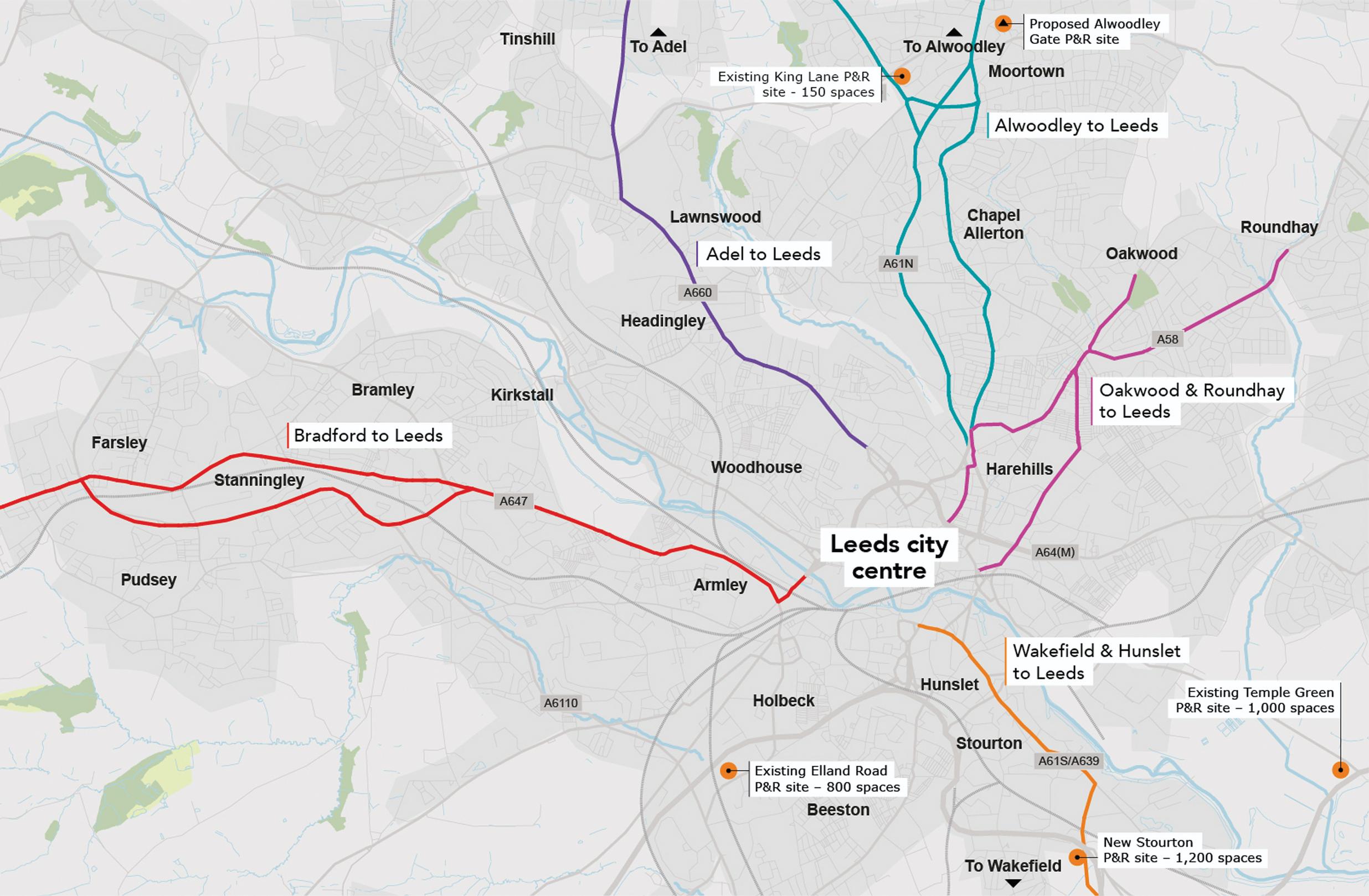 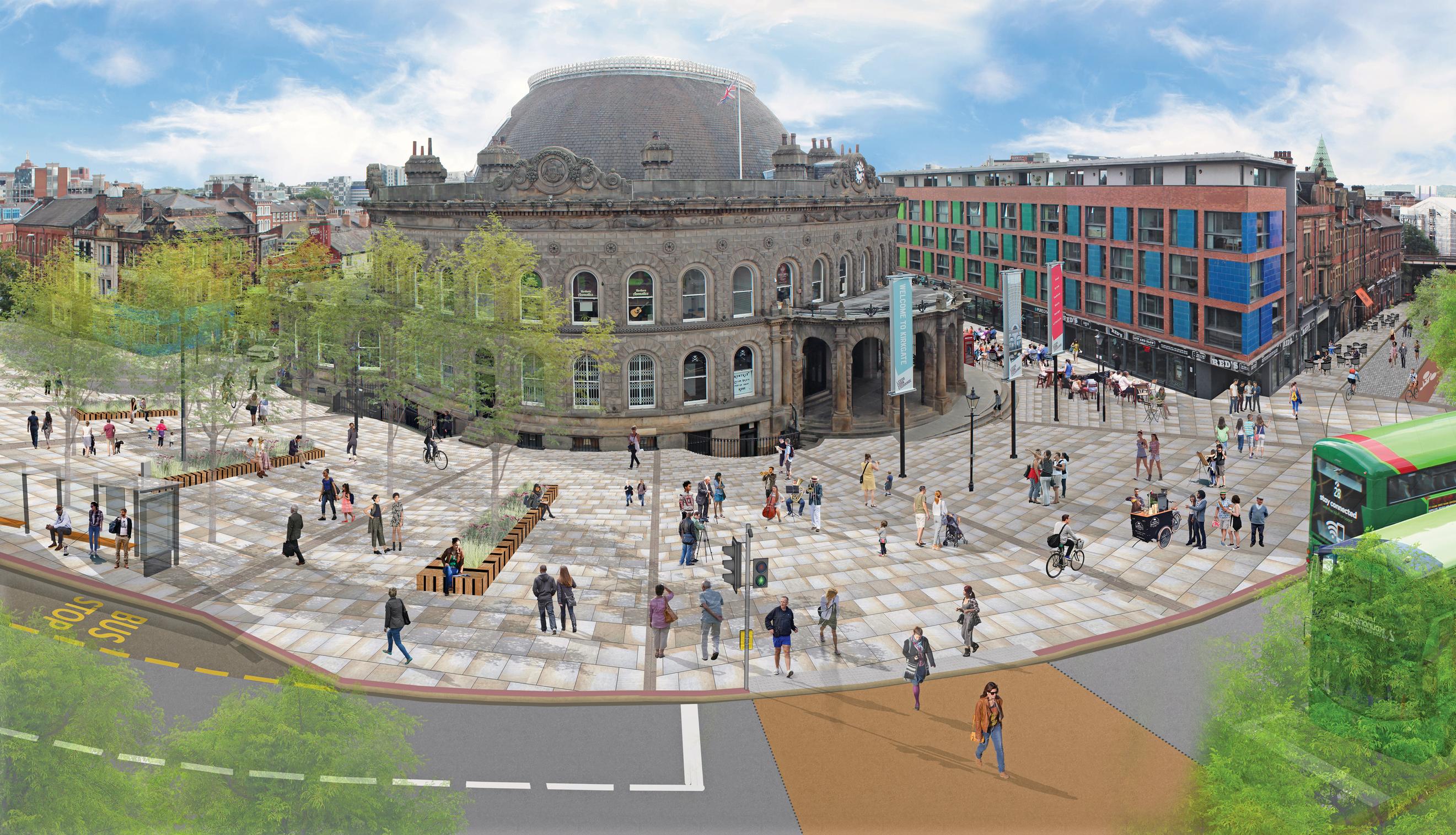 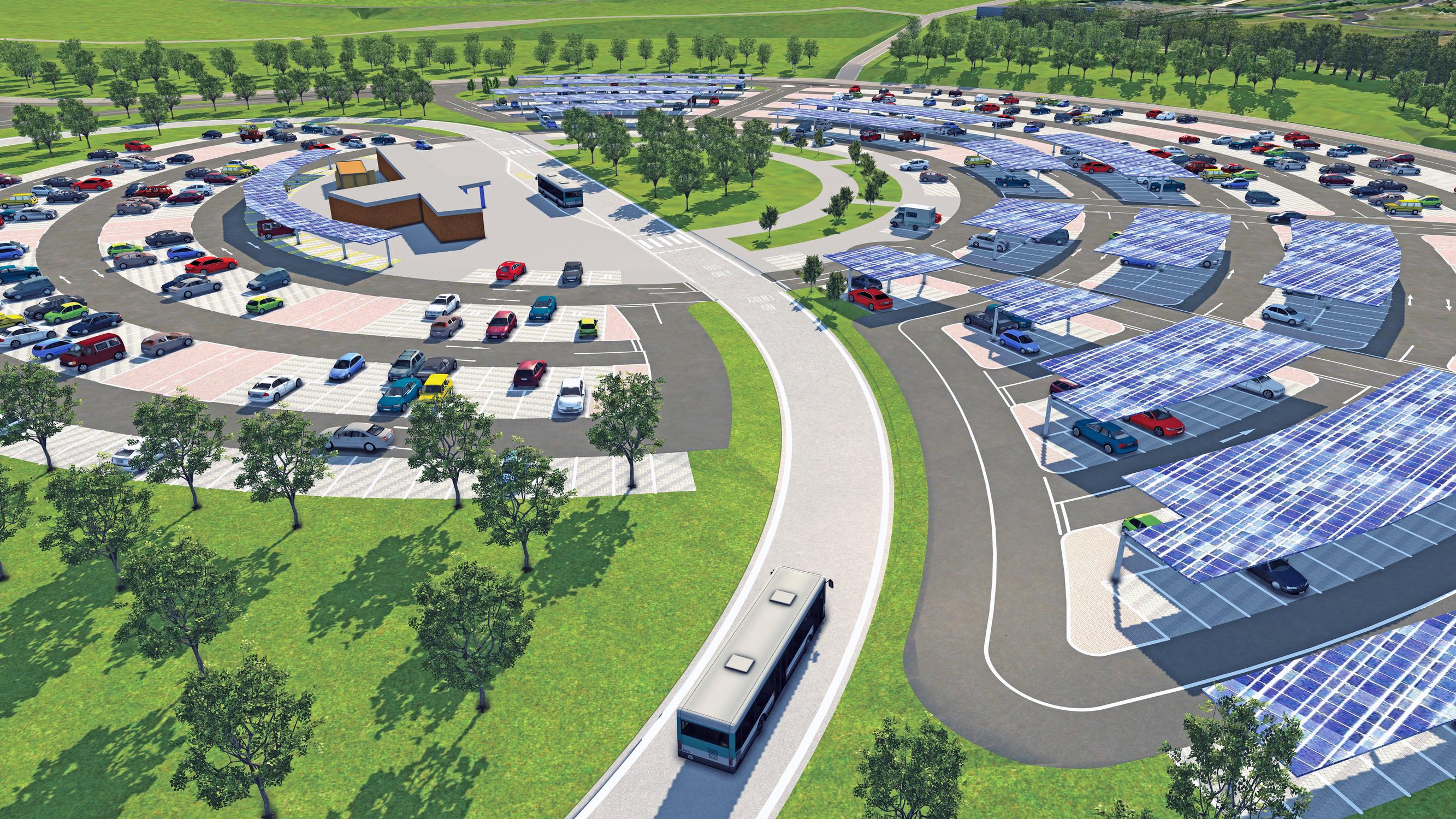 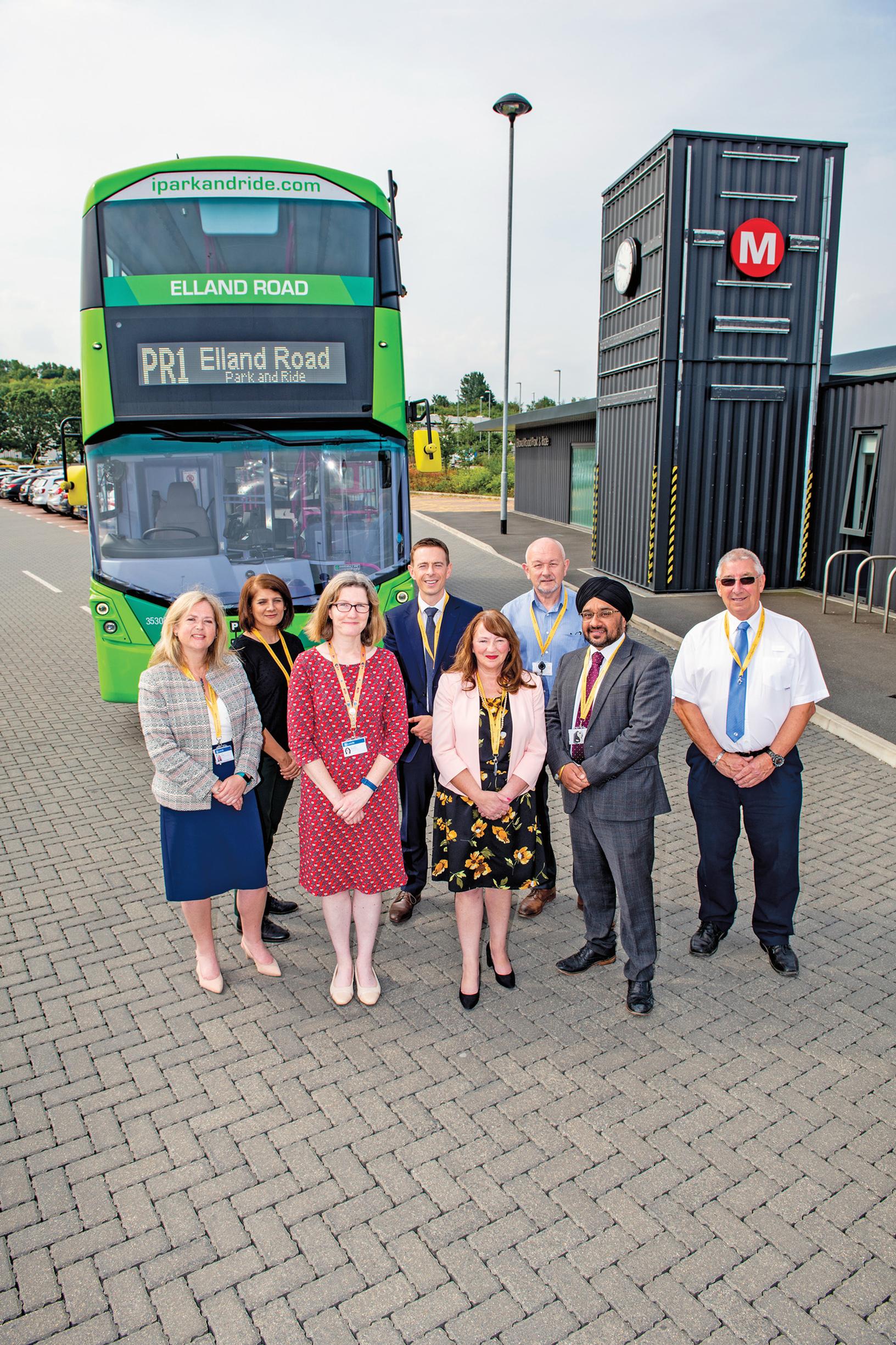 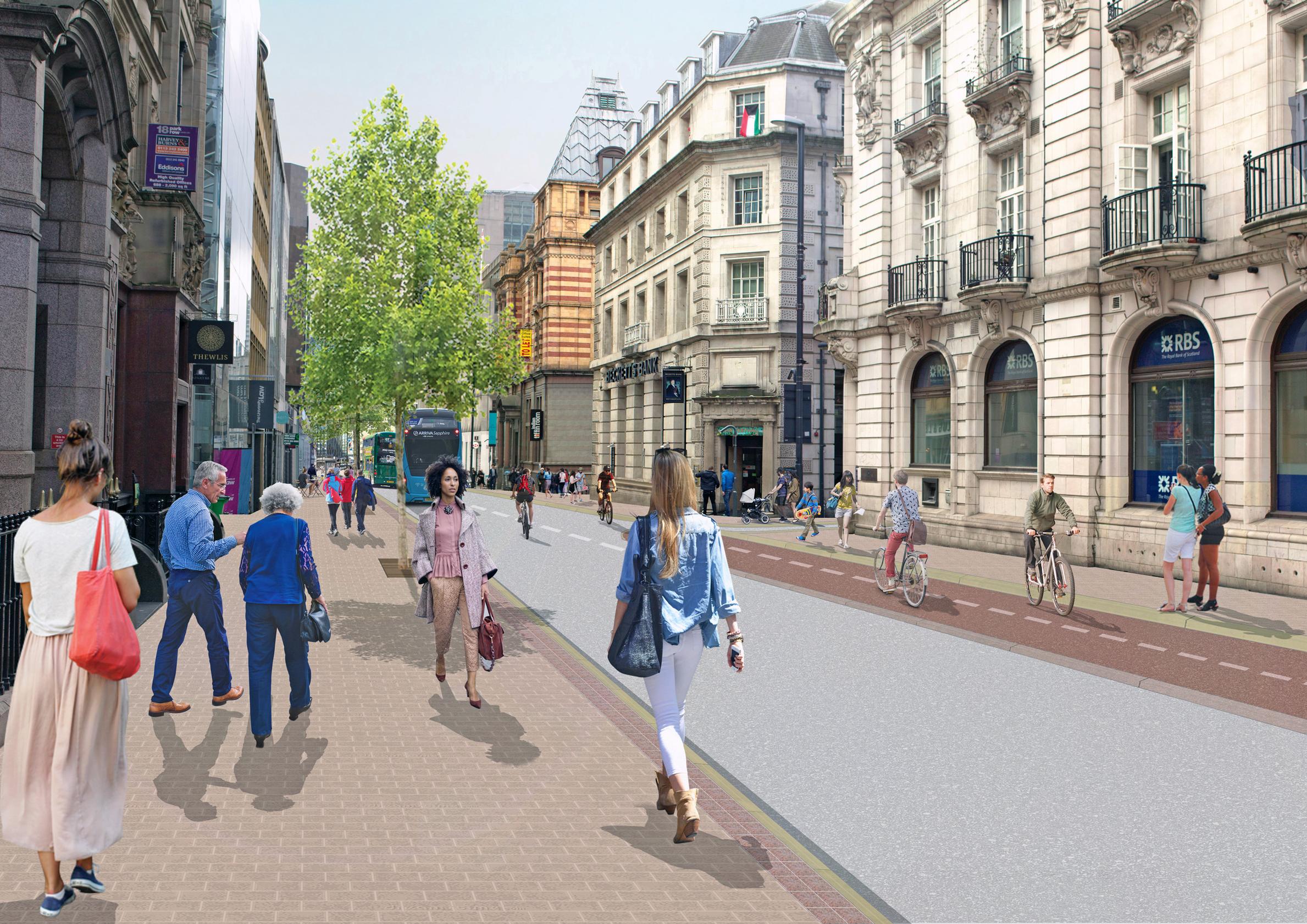 After the plans for a trolleybus system in Leeds collapsed in 2016, the city council reached agreement with the DfT that the Government funding earmarked for the project would still be available to the city for other transport improvements. Consequently, in 2017 the West Yorkshire Combined Authority received confirmation of £173.5m for the delivery of a programme of public transport improvements, including new park-and-ride sites at Stourton and in north Leeds, bus priority, and new rail stations to serve Leeds Bradford Airport, Thorpe Park, and White Rose/Millshaw Business Park. The funding was be released over four years: £21m in 2017/18; £48.7m in 2018/19; £49.1m in 2019/20; and £54.7m in 2020/21. At the same time, First West Yorkshire, the largest bus operator in the city, pledged to invest £71m in 284 new low-emission buses for the city. Overall the Connecting Leeds package has a value of £270m.

Activity is now well underway on bringing the improvements on stream. First Bus says it expects to introduce more than half its new buses by the end of this year.

In the city centre, a £20.7m public realm, public transport and active travel scheme commenced this summer. The Headrow city centre gateway project covers The Headrow plus Westgate, Vicar Lane, New Briggate, Cookridge Street, Harrison Street and Eastgate. Works will include new protected cycle lanes, improved pedestrian crossings, new public spaces, removing the central reserve on The Headrow, and some re-routing of buses. The works should be completed next summer.

Councillor Kim Groves, chair of the West Yorkshire Combined Authority transport committee, said: “The Headrow scheme is a key part of transforming Leeds and will see huge improvements for public transport reliability, reducing delays and giving buses priority to get easily through the city centre.”

Park-and-ride is a major element of the Connecting Leeds programme, with an additional 2,000 spaces across the city to be provided by March 2021. Construction of an extra 550 spaces at the existing Elland Road site started this summer, which will take its capacity up to 1,350 spaces. Up to 400 additional car spaces are to be provided at Temple Green, in the east of the city, and new facilities will be built at Alwoodley in the north (550 spaces), and Stourton, in the southeast. The latter service will be operated by electric vehicles.

Meanwhile, on rail, the West Yorkshire and York investment committee this week approved funds to prepare the full business case for the new White Rose railway station on the Leeds-Huddersfield line, between Morley and Cottingley.

Find out more about Connecting Leeds at Quality Bus Transit in Elland Road, Leeds, on 20 November.

These plans show huge improvements for public transport reliability, reducing delays and giving buses priority to easily get through the city centre