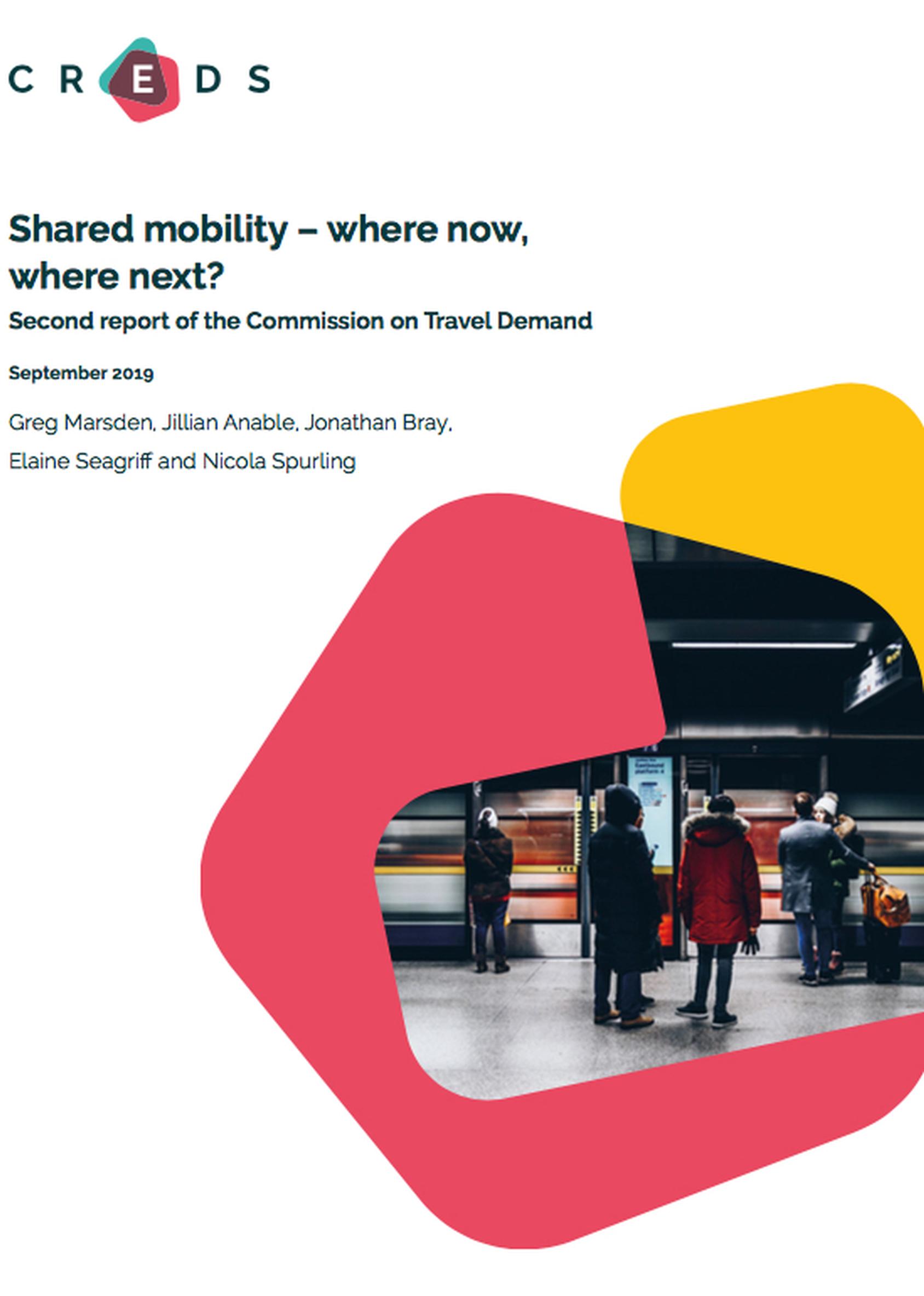 With all due deference to the point that we find what we seek, I have yet to meet anyone who thinks that we don’t need to bother making our transport more efficient. Or lower carbon. Or lower emitting. Or, in fact, all of these and more on a broad consensus as to what role mobility should play in our future world.

But how serious are we about it? Are we willing to make some trade-offs? Even some sacrifices? How serious are our governments at all levels? We seem, at this precise moment, to be in a state of widespread acknowledgement that the climate crisis is just that – a crisis – and that it is not going to go away. But we have yet to leave the departure lounge by achieving radical change to address that crisis. All assistance short of actual help, as one of my grandparents used to say.

The crisis is far from the only reason to rethink how we move around, but it has loomed in my thinking in recent days thanks to the launch on 18 October of the Commission on Travel Demand’s shared mobility inquiry.

This certainly fleshes out some highly inconvenient truths. There are three key things I really like about it.

Let me elaborate a little; the picture the Commission paints of the inefficiencies and costs of all kinds of private car use will be to a degree familiar if you read their first report. But because the private car is so often the elephant in the room in transport debates I think there is still so much freshness in these findings.

Which is rather odd because the realities they speak to are in front of us all every day of our lives – in the traffic we move next to or through, in the lavish amounts of space we give up to largely inert metal boxes (we use them on average for 3-4% of the time; even at the busiest peak no more than 15% are being used).

Even ‘just’ on the financial costs of this the numbers are quite staggering when put in context. We spend comfortably more than the schools (£39bn) and policing (£11bn) budgets (2017) combined on just keeping our private cars on the road (£55bn). Add in moving them around – fuel and parking – and you bolt on an additional £27.5bn.

Then there are the planetary costs. Surface transport is increasingly finding that the tide has gone out and left it behind on emissions reduction. The numbers are again stark. It is the largest emitting sector of all now. Its emissions are the same as they were in 1990. They have actually increased since 2013. Before we leap to a zero tailpipe future, let’s remember that when embodied emissions are taken into account battery electric vehicles only reduce CO2 from vehicles by a third to a half.

There can only be one conclusion on this part of the story: we just have to use fewer cars. So we have to use them more efficiently. So we need to share them.

That is far from all we need to do, of course. We also need to not use them at all where that works, and to keep on tipping the scales (but up the pace) to make non-car modes attractive for more journeys. But a world in which having a car for personal use means owning one is so riddled with inefficiencies and costs that is just not a sensible way forward.

I mentioned my admiration for the recommendations, which are a blend of pressing (by the 2020 Progress Report to Parliament) and the longer term.

One refers explicitly to us at CoMoUK – that the DfT work with us and “other relevant bodies to develop a data collection and repository process to ensure it understands the case for and impacts of interventions in this space” – and we are delighted to help take that forward.

Several others are directly relevant to our work: particularly those on mobility hubs (advance warning that I will return to this topic in future pieces) where shared and public transport modes find each other; on Highways England developing pilot schemes for interchanges to encourage safe car sharing on their trunk road network; that AV pilots and project funding should be prioritised towards sharing; and that the DfT’s rural mobility white paper should look at maximising the use of public sector fleets and procured services.

So, what is so great about sharing in relation to all this, I (perhaps) hear you ask? Don’t we just need to get on our feet, bikes and public transport instead?

We absolutely need to do all those things – but those offerings can’t and will never work for all journeys. Sharing cars where they still need to be used is a logical step to take. If you want one killer stat from these findings, I say make it this: that if we could up our feeble national average car occupancy figure of 1.5 to 1.7 by 2050, then our traffic growth will be 5% over that period. If we let it slump to 1.3 then that figure becomes 55%. That is a dizzying difference, especially when you think of all the infrastructure demands that would arise from that level of traffic growth and the exchequer burden, local impacts, embedded emissions, health and lifestyle implications and so on that would result.

Please don’t take all this to be anti-private car full stop. It isn’t. They are a fundamental part of our lives and our national story for many previous decades now, and that will not change overnight or in some cases at all, ever. But the crisis tells us that we need to be writing a different story now, so they need to be given a different role. We need to move them from star billing to supporting part.

To do that will require action across governments national and more local, co-creation with the private sector and integration between those two orbits. That means a consistency of vision and action in a framework that sets the incentives correctly.

We at CoMo really do look forward to playing our part in that, hopefully aided by these findings and recommendations, which we will be diving into at our 20th anniversary conference in Birmingham on 12/13 November.

You wouldn’t pull a giraffe on a bicycle, would you? But that is what we are doing when we drag an average adult of 76kg around by 910kg of car. And if all that I have been writing about here sounds a bit, as Yes Minister’s scripts put it, “brave”, then how do we think the “do nothing” scenario will play out? It certainly will not mean nothing will happen. So as this report says, “If not sharing, then what?”