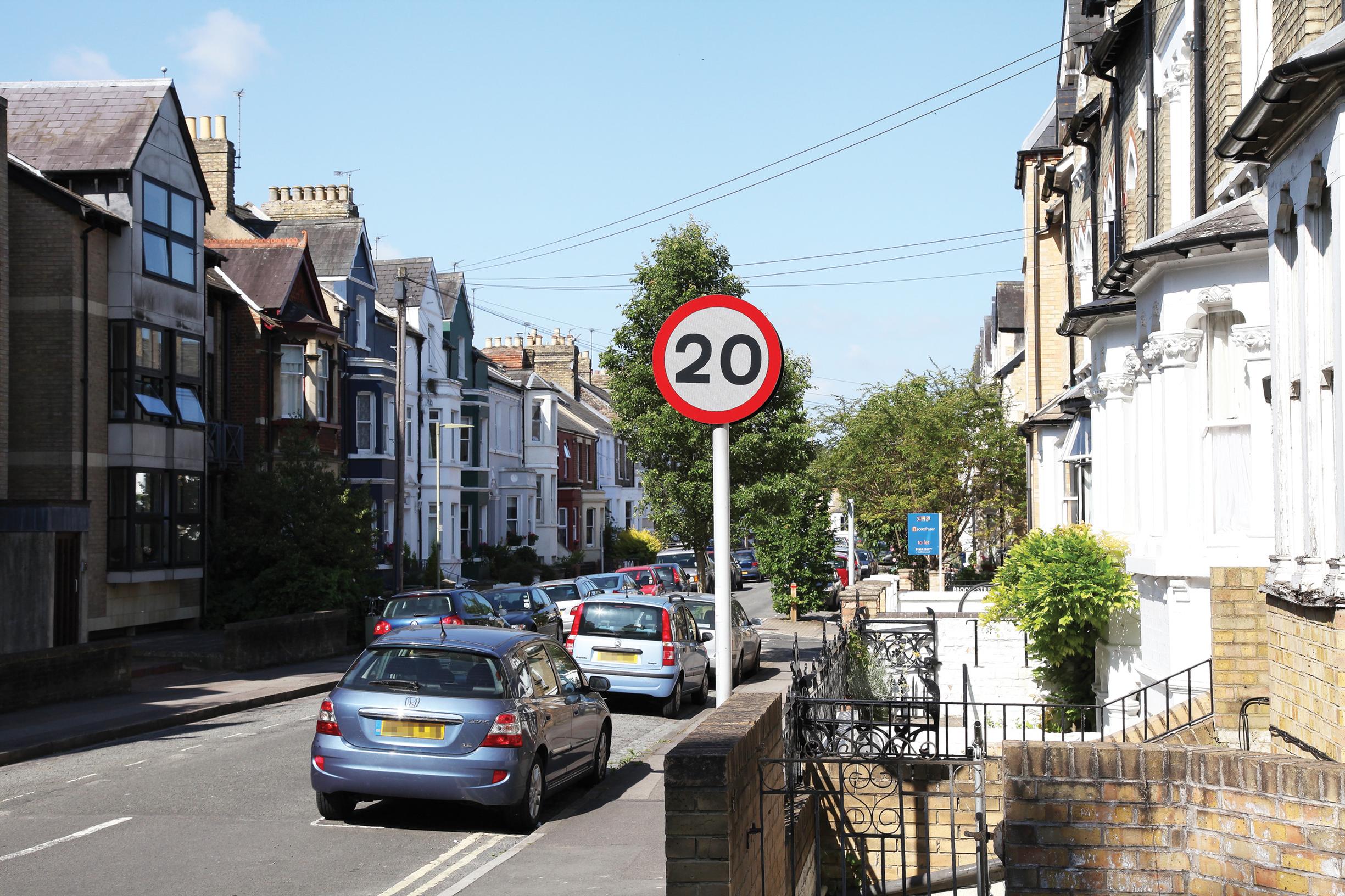 The Scottish Government has left open the possibility of backing an amended version of a Bill to make 20mph the default speed limit for most roads in built-up areas of Scotland.

Scottish transport secretary Michael Matheson told the Scottish Parliament in March that he could not support Green MSP Mark Ruskell’s Restricted Roads (20mph limit) Scotland Bill. He said councils were best-placed to decide what roads should have a 20mph limit (LTT 15 Mar).

But Transport Scotland told LTT this week: “We share the view that 20mph speed limits are a good idea when implemented in the right environment. However, we believe, and it is shared with many local authorities, that more evidence and further consideration needs to be given to the impact and consequences of a nationwide default 20mph limit, including an assessment of Scotland’s road network, before the measure proposed in the Bill can be fully supported.

“We remain in active discussions with the Society of Chief Officers of Transportation in Scotland (SCOTS) and the Convention of Scottish Local Authorities (CoSLA) to assist in gaining a better understanding of the local road network and the restricted roads that would be affected by the legislation.”

Matheson has provided  Glasgow City Council with the same message. The council wrote to him after councillors backed a Green party motion calling on the Scottish Government to support the Bill by 62 votes to six (LTT 12 Apr).

Replying to the council, Matheson said: “I must stress that, whilst I support active travel and any measures which improve people’s physical and mental health and air quality, I am not able to confirm that this will happen as a result of the sign-only speed limits proposed in the Bill.

“Changing a speed limit does not guarantee that actual vehicle speeds will change. The guidance on setting all speed limits is clear that they should be reasonable and consistent if they are to be credible to road users and obeyed as a result.”

Matheson said the Bill brought together “two different issues which we need to ensure are not conflated”.

“The first is whether 20mph limits are beneficial; and the second is whether the blanket approach proposed is the best way of achieving these desired benefits.

“If passed, the proposed Bill would divert precious resource away from existing road safety activity that is evidenced to be more effective at reducing casualties, so we want to ensure that the potential benefits of 20mph in the right environments could be achieved as a result of this Bill.”

Transport Scotland is reviewing local authority responses to a survey on whether the Traffic Regulations Order (TRO) process creates a barrier to the implementation of 20mph speed limits. The survey asked:

• Do you think the statutory process for introducing a TRO works well? If not, what could be improved?

• Do you think there are ways in which the TRO process could be streamlined?

• Do you think it would be beneficial combining the statutory and public consultation into one process?

• Do you think there are ways to streamline the public notice requirements in the TRO process?

• Do you think there are ways to streamline the process of overcoming objections?

•  What are the main reasons why local authorities are not able to or chose not to progress measures that require TROs?

TRO legislation is devolved to the Scottish Parliament.

The Scottish Government should change the rules on speed limit signage to cut the cost of making 20mph the default speed on most roads in built-up areas.

Green MSP Mark Ruskell has made the suggestion in a letter to Scottish transport secretary Michael Matheson. Ruskell is the promoter of the Restricted Roads (20mph limit) Scotland Bill, which would make 20mph the default limit on ‘restricted roads’ – those with street lights placed less than 185 metres apart that are C or unclassified roads. MSPs have heard that many A and B roads in urban areas will also be affected by the Bill (LTT 15 Mar).

Matheson told MSPs in March that the Government believed the Bill’s financial memorandum estimate of a £21m-£22m cost to councils, principally for changing signage, was an underestimate.

Responding to this point, Ruskell says the Scottish Government has the power to reduce the costs considerably by changing the Traffic Signs Regulations and General Directions (TSRGD). These are devolved to the Scottish Parliament.

“Certain changes to the TSRGD, such as removing the need for 30mph repeater signs to be installed – or indeed for existing 20mph repeaters to be taken down – could see the cost of the Bill reduced dramatically,” he says.

He adds: “You may also be aware from its oral evidence that Edinburgh Council felt that it would have been £1.5m cheaper for them to roll-out 20mph had this Bill been in place.

“A number of local authorities are holding back on implementing 20mph limits as this Bill would make the roll-out a much more cost-effective option for them.”