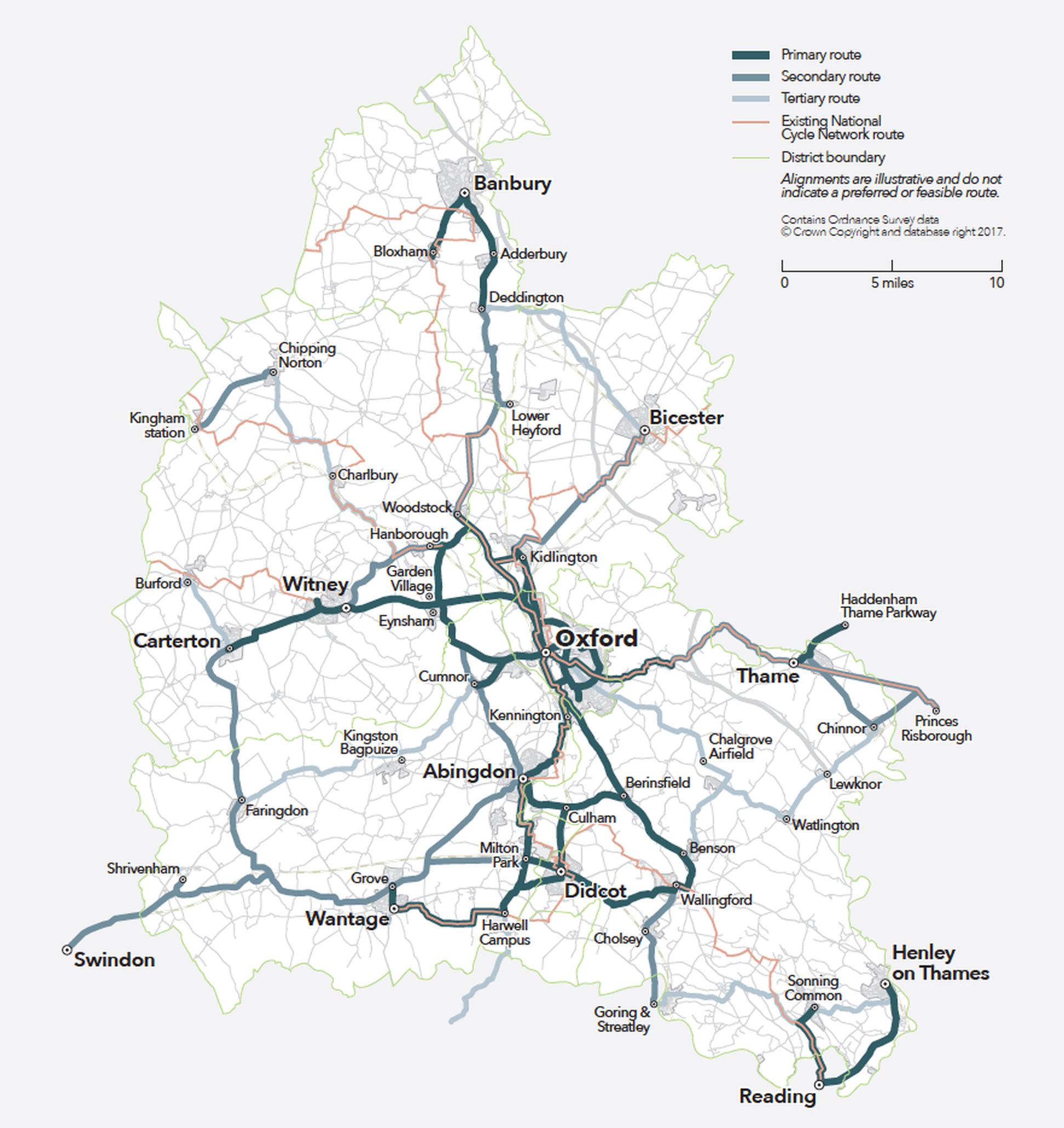 Plans for a 366-mile cycling network linking all the major towns, workplaces and transport hubs across Oxfordshire has been submitted to the county council by a cycling campaign group. The Oxfordshire Cycling Network (OCN) calculates that the new route would cost £120m to build, and would improve safety levels and encourage cycling among people of all abilities. This would increase cycling from the current 3% of all journeys to 10%, resulting in £112m worth of savings a year, 80% of which would come from health benefits and 20% from journey benefits, estimates OCN.

Chair of OCN Robin Tucker says part of the funding for the network would come from developers as part of Section 106 agreements. “The routes can be included in developer plans,” he says. “The developers will win too, as the houses and workplaces they build will be more attractive.”

Other funding would come from central government’s Cycling and Walking Investment Strategy (CWIS) due to be published later this year and “smart use” of road maintenance funds, he adds.

“For example, where the council is resurfacing a road it can improve cycling facilities at the same time.”

Tucker estimates the network would take 16 years to complete, based on cycle infrastructure spending levels of £10 per person each year, as proposed by the All Party Parliamentary Cycling Group.

Around three-quarters of the network should be fully segregated while cycle tracks within towns, where space constraints are greater, should be semi-segregated, Tucker suggests.

An Oxfordshire County Council spokesman said: “We’ve been in discussion with OCN about developing this as one part of our Active & Healthy Travel programme of work, linked to the implementation of our Local Transport Plan.

“We need to look closely at the detail of what’s been proposed but the idea of developing a cycle network is something that we support. Delivering any scheme of this nature requires resources and funding and so we would need to investigate with OCN how this could be pursued.”