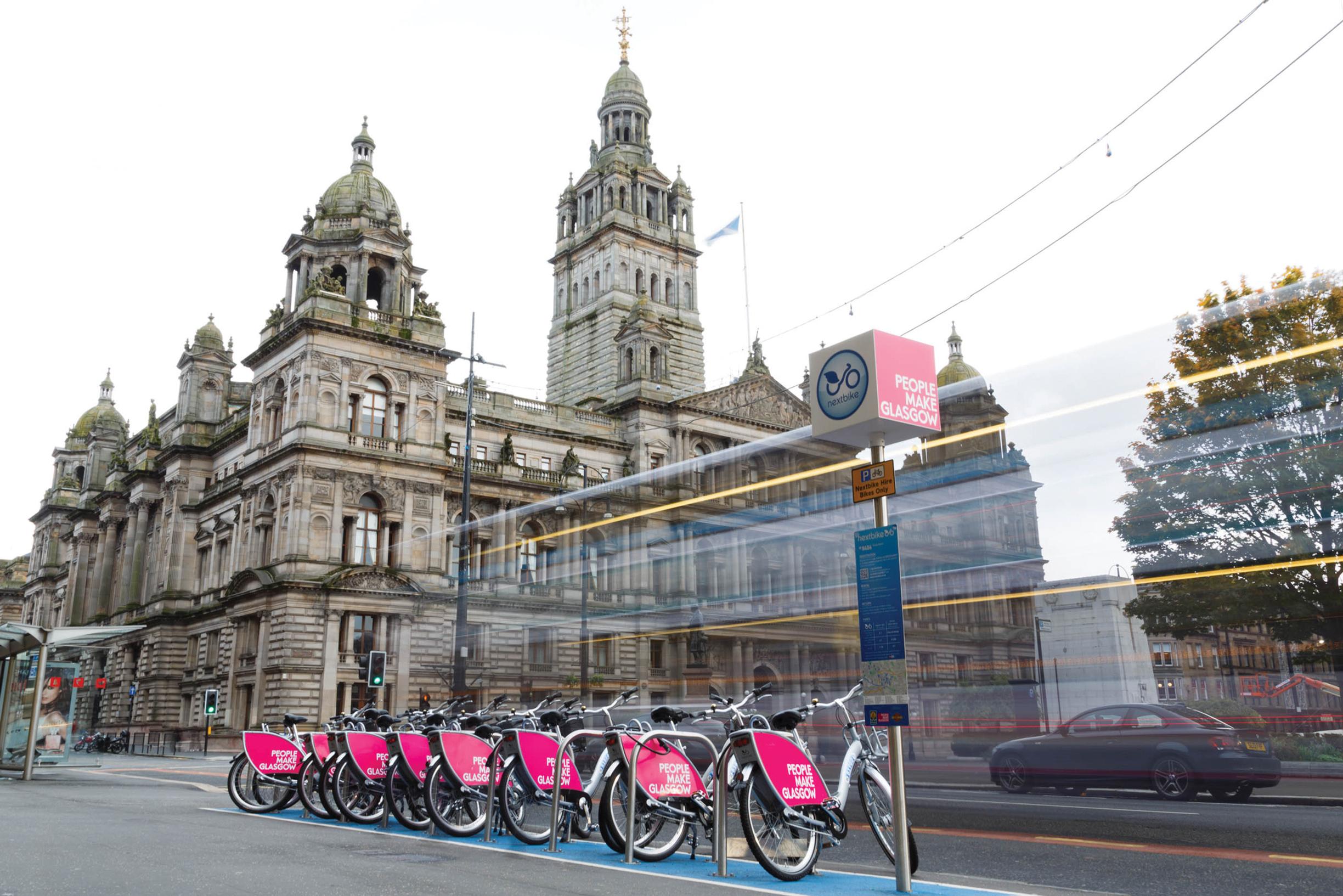 Nextbike has operated Glasgow’s mass automated cycle hire (MACH) scheme since its  launch in 2014. The new contract will see the scheme expanded from the current 435 bikes and 43 docking stations across the city, to 900 bikes and 100 stations. The contract includes the option of  two further one-year extensions.

By the end of the procurement process, Nextbike was the only bidder. Eight companies initially expressed interest but the council received only two compliant bids. One of these then withdrew from the bidding, citing a change in the company’s circumstances.

Nextbike UK is a subsidiary of German firm Nextbike and has operations in Bath, Belfast, Exeter, west Edinburgh, Milton Keynes, Stirling, and the University of Warwick.

Glasgow City Council will pay Nextbike £856,880 for what is described as start-up and implementation costs, and operational support for the first year. Thereafter, Nextbike must operate and maintain the scheme without subsidy.

Nextbike retains all the revenue from sponsorship, rentals and subscriptions. It is in the process of securing a sponsor.

The whole life cost of the contract to Glasgow will be £96,697 over seven years or £75,208 if the two-year extension is taken up. “This compares favourably with the current contract cost per annum of £218,000,” said officers.

Nextbike will use the Glasgow Bike Station, one of Scotland’s largest bike recycling charities, as sub-contractor for the scheme.