Putting bus data at the heart of an integrated transport system

Hertfordshire County Council’s plans to introduce automatic vehicle location and real-time passenger information systems onto all of the county’s buses is about more than making bus travel more attractive, it is also part of a strategy to maximise the efficient use of the road network for all users. 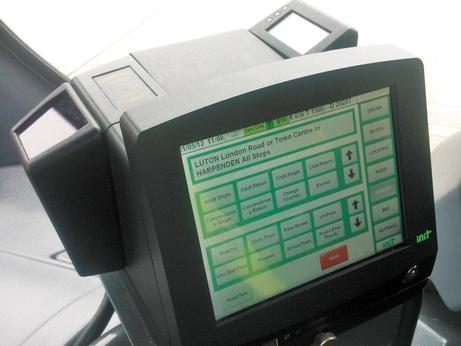 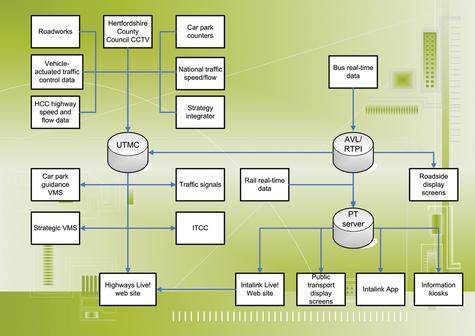 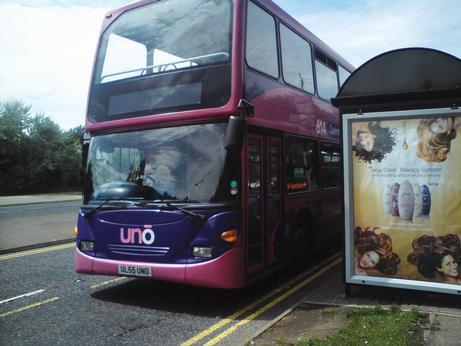 Hertfordshire County Council is currently in the throes of implementing a highly advanced automatic vehicle location and real-time passenger information system across its bus network, as well as technology that will enable the county’s buses to handle a range of advanced ticketing options, including smartcards and, ultimately, 2D barcode tickets held on mobile phones. Which work seems, self-evidently, to be strong evidence that Hertfordshire is keen to  improve its bus network. Digging a little deeper, however, and one soon finds that improving the efficiency of the bus network is just part of a larger scheme that, the council hopes, will help it to maximise the efficiency of the county’s road network before it has to start thinking about spending significant amounts of money on ‘hard’ direct road improvement schemes.

Which is not to say, of course, that Hertfordshire’s plans for RTPI and smart ticketing for its bus users are not of considerable interest in themselves. “The notable features of the scheme are the ‘one box’ solution for ticketing and AVL [automatic vehicle location] and the speed and timeliness of delivery [to assist operators in claiming Bus Service Operators Grant uplift],” explains Richard Holland, principal transport planner at WYG Transport Planning, the consultancy brought in to project manage the scheme for Hertfordshire.

This year Herts will be equipping vehicles from Metroline, which is one of the three largest bus operators in the county, with the combined ETM/AVL [electronic ticketing machine/automatic vehicle location equipment]. Two Arriva garages will also be provided with just the AVL equipment; Arriva is the second ‘dominant’ bus operator in Hertfordshire – university bus service provider Uno is the third.

The real-time passenger information system installed has been designed so that information will be available for all stops on equipped services via the internet and mobile phones. The website forms part of a mobile phone application that provides timetables for individual stops through the use of quick recognition (QR) codes.

Whilst the installation of AVL/RTPI equipment may be proceeding apace (on which more later), Holland does admit that progress has, temporarily, stalled on the second half of Hertfordshire’s scheme – the introduction of EMV (bankcard) ticketing, mobile phone barcode ticketing and the launch of a ‘charge to account’ monthly bus ticketing billing system that, the council hopes, will make bus travel eligible for employer salary sacrifice schemes. This part of the project is on hold for the time being, as a decision on Hertfordshire’s bid for European funds to pay for the work, which had been expected in mid-March, is still pending, at time of writing.

The money that Hertfordshire has spent so far has been £5.1m to German equipment supplier INIT for an automatic vehicle location and real-time passenger information system that can handle smartcard tickets. “The contract is for a variety of different things,” a Hertfordshire spokesman explains. “It will deliver digital displays at bus stops, so passengers can see real-time information, which is also displayed on an LCD screen on the bus for drivers and passengers, who will be able to see when it will arrive at the next stop. And there is also a ticket system, akin to the Oystercard, which you can use across different operators.”

So why is Hertfordshire spending money on this kind of scale, and hoping to spend even more by obtaining EU money? “Herts has always been interested in public transport telematics,” Holland explains. “It has a lot of existing passenger display screens in a lot of the bus and rail stations, it has information kiosks, and it was one of the earliest adopters of smartcards, 15 years ago, so there has always been a recognition here that ITS (intelligent transport systems) and public transport are important.”

Getting the major public transport operators to work together on, well, anything, has often been described by industry observers as a process akin to herding cats but Holland says that the three big bus operators in Hertfordshire were actually pretty receptive to the council’s plans to introduce RTPI.

“They were generally very accepting of the benefits of AVL/RTPI to assist them to manage their services,” Holland explains. “That is the key thing – if they are using it to do that then the RTPI drops out of the back end almost as a byproduct.”

The addition of smartcard options was, Holland confesses, almost an accident. “The tender was for an AVL/RTPI system, but the supplier [INIT] said we can give you the same kit with additional functionality for the same price, to encourage people to take up smartcard tickets.”

Moving on to the idea that AVL/RTPI technology (and even smartcard ticketing) is (obviously) all well and good for encouraging more bus travel, Hertfordshire’s transport programmes and strategy service manager, Sanjay Patel, then explains how better knowledge of where the county’s buses are, and when they really need priority over other traffic, is becoming an essential part of the council’s overall strategy to manage traffic flows. “What we have got now is very flexible… especially with regards to bus priority,” he says. In the old days, he adds, bus priority systems at traffic lights, for example, were essentially ‘mindless’, i.e. each set of traffic lights would sense an approaching bus and would then automatically activate a green light sequence. Under the current system, however, each bus’s location is transmitted to a central controller via a GPRS links. This means that Hertfordshire’s UTMC system can then determine whether or not each bus approaching a set of traffic lights should be given automatic priority or held for a while to improve the flow of the network.

As such, the new AVL/RTPI system fits neatly into Hertfordshire’s latest traffic control system, which uses the VISUM modelling software to provide a close to real-time strategy for dealing with any traffic problem. “We used to get phone calls telling us there was a problem,” Patel says, referring to the bad old days. “But now we can see everything, and we can see whether an intervention works, or not. We have more, and better, data than we have ever had before.”

One side feature of this urban traffic control work is that Hertfordshire can now allow motorists to sign up for an SMS text message service that will tell them how many free spaces there are in each major car park before they leave and also how much occupying this space will cost. The ideal position, Patel speculates, will be one where the same SMS service enables a user to directly compare the availability and cost of a car parking space with the cost of making the same journey from A to B by bus. He admits, however, that this function is some years away from becoming a reality.

Another advantage of the new AVL/RTPI system highlighted by Patel is the ability it gives him to deal with the demands of the major bus companies for greater bus priority on a more equal footing. “Arriva has been saying for as long as I have been involved in the project that they need better bus priority measures,” he explains. “But [with the new AVL/RTPI system] we will now know exactly when a bus’ doors are opened and what delays are being caused by slow ticketing issuing methods, so when requests come in for hard bus priority measures they can be measured against what the data says is actually causing delays… We are not yet in a position to start analysing the data in great detail – but we are seeing the same data that they [the bus companies] do.

“We don’t have the same legal status as London – we can’t force them to improve their performance but we can get around a table and have a discussion based on exactly the same data,” he says. “Before it took lots of inspectors sitting by the road with clipboards. This system is much more accurate, and also less expensive, so that it takes only a couple of months to build a business case… So that Hertfordshire County Council can decide to subsidise the route to achieve modal shift, if it wants to.”

Despite the above work obviously involving spending significant amounts of money, Patel is keen to emphasise that the aim of the exercise is actually to save money. “We are not spending billions on new highways,” he says. “We just haven’t got the funding and there is also the problem of revenue funding – the systems we introduce have to be automated, intelligent to an extent.”

So what does the future hold for smartcard ticketing in Hertfordshire? “We got on the bandwagon pretty early,” Holland says, putting his Herts hat on for a moment. “Well before ITSO. Uno, for example, had a scheme closely allied with the university, which was a basic smartcard add-on to an existing scheme, an entitlement card rather than anything else.”

The impression that Patel and Holland give when discussing the future of bus travel smartcards in Hertfordshire is decidedly one of ambivalence. “We are just sort of feeling our way a bit with ITSO,” Holland says. “The concessionary fare scheme is working – and this is the main thrust from the DfT for commercial ticketing schemes.”

London, however, looms large on the horizon. “EMV is a different thing,” Patel explains. “London has been quite clear that with its new Oyster system they are going to EMV and it [Hertfordshire] would be a good county to do a test of cross-boundary Oyster-plus ticketing,” Holland adds. “Because of the geographical position of Hertfordshire it makes sense to be in a technical position where we can do integration with TfL.”

In addition to smartcards and (potentially) EMV payments, Hertfordshire is also keen on developing barcoded ticketing usable on mobile phones. “A combined real-time info and ticketing app on the one phone that would promote sustainable travel is what we would like,” Holland says. “And we are looking at ticketing using 2D barcodes, despite the LTT headline saying this technology is not going anywhere.”

In defence of his entirely unprovoked attack on LTT, the WYG consultant points out, laughing, that: “At King’s Cross station, for example, every single barrier has a barcode reader on it. Ticketing is evolving very fast and our job is not to be a bunch of men in suits who say how you have to travel.”