Streets and spaces demand design approaches based primarily on what their users want and need, not on misplaced ideas about what constitutes ‘good design’ 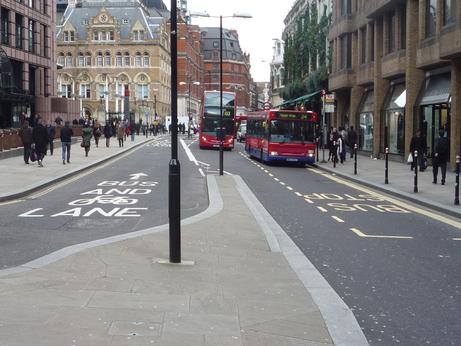 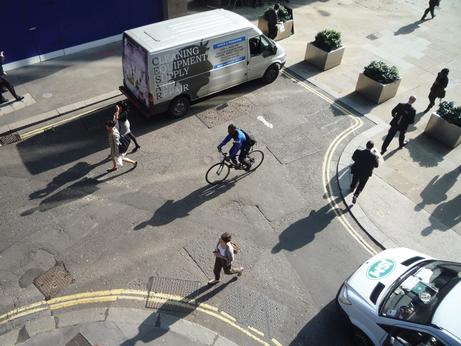 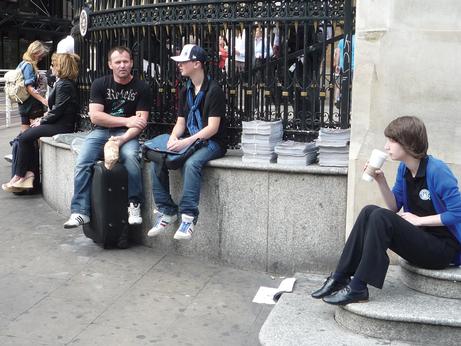 I’m going to kick off this month by, well, kicking off. I’ve just been strolling around the two largest town centres in a London borough that shall remain nameless and, by doing so, have had brought back to me just how inept a good deal of contemporary urban realm design still is. In saying this, I acknowledge that you may be thinking, “Well, he would say that about the work of his commercial competitors, wouldn’t he?”. Two things on this: firstly, it’s in recognition of this that I have no intention of being specific about the schemes in question; and, secondly, I trust the basis for my criticism will stand plain as being objective and reasonable, rather than subjective and prejudiced.

The schemes I’m thinking about fail for the simple reason that their designers (and quite possibly also their clients) seem to have completely overlooked either or both of two vital factors. The first of these is what people (the all-important users) actually want from, and need of, the urban realm in question; the second is how time and the elements are likely to deal with what’s installed.

So, for example, I encountered a brand new re-working of an admittedly tricky space, one I know very well and use frequently, where numerous bespoke seating-planters have been installed upon a carpet of fresh granite. For starters, most of the seating is where people don’t and won’t want to sit in large numbers. For seconds, the planting design looks purpose-built to be a litter bin where fag packets and weeds will – and in some cases already do – replace the sad shrubs. And for thirds, the paving has been laid out consciously in a wavy ‘design’ that almost no-one will notice, that those who do will think was laid by drunkards, and that has necessitated awkward element sizes and shapes that are a recipe for future maintenance problems.

You seen such places, haven’t you? And, like me, you’ve stood there pondering the question, ‘What on earth were they thinking of?’ The answer I’ve worked out is that too many design professionals, and the folk who hire them, consider streets and spaces in similar terms to how they consider the exterior of buildings. In doing so, and amazing as it might seem to you and me, they overlook the huge differences between a vertical building façade that nobody walks on but all can look at and an essentially horizontal surface that is in many ways defined by being moved on rather than observed.

Regular readers will know of my concern that ‘urban design’ should not be considered as primarily about how things look. This is not least because so much of the effort and expense that can go into the purely visual aspects is so often wasted. Why? Well, usually because either (a) these features are utterly lost on anyone who didn’t see the original plans and photo-montages, doesn’t live in a nearby tower block, or can’t hire a helicopter; or (b) these same people – the ones who actually matter – aren’t fooled for a moment by something that’s pretty but not fit for purpose.

I recently witnessed a presentation on an ‘award-winning street design scheme’ where the speaker explained the idea behind a hugely expensive public art element of the scheme and then threw in the aside that he was “probably one of only about five people who know what the design means”. Which is to say that hundreds of thousands of pounds was spent on a design that its users can’t appreciate and which, frankly, looks from eye level like a mosaic that went badly wrong, not a representation of part of the town’s industrial heritage!

At the heart of the matter, I think, is that designers spend insufficient time really getting to grips with local ‘street life’. Hence their work can be too abstract. I’m currently working on the design of the urban realm around the two entrances to the Liverpool Street Crossrail station and, in doing so, have been reminded of two things. One is how easy it is to give world-weary transport planners a pleasant surprise! What you do is get introduced to them as a public realm designer and then, just as their eyes roll heavenward in anticipation of a load of buzz-words of dubious meaning, tell them about your thorough analysis of the collision record, local bus movements, and pedestrian observation surveys.

The other is the vital importance of observation in understanding how people respond to different design features. Someone who didn’t know our Liverpool Street study area well suggested we should undertake some ‘space syntax’-style modelling to show where people would walk. I responded that, on the whole, we prefer to watch where people actually do walk – and why. During a three-hour survey in one location, I saw people on a badly crowded footway desperately trying to avoid stepping into a carriageway even though it’s usually empty and the handful of vehicles using it move slowly. In another street that’s effectively pedestrianised but is still laid out to footway and carriageway separated by conventional kerbs, I observed cyclists aggressively trying to make progress through a space crowded with commuting pedestrians – because, as the only vehicles present, the cyclists perceived the carriageway to be theirs. These are how real people use real spaces, and our practice needs to be grounded first and foremost in an understanding of such activity.

Which brings me to encourage you to join the throng at the ‘Shared Spaces 2011’ conference organised by the editor and his chums for next January 25. The focus will be on how to bring forward street improvement schemes that truly deliver the goods and address real challenges. No room there for vanity projects, flights of fancy, or mere nice-to-haves. Plenty of space, though, for valuable evidence, straight talking and genuine best practice. And, hopefully, for you too.