PM sets out cautious route to easing lockdown in England

Johnson says all English schools will fully open on 8 March 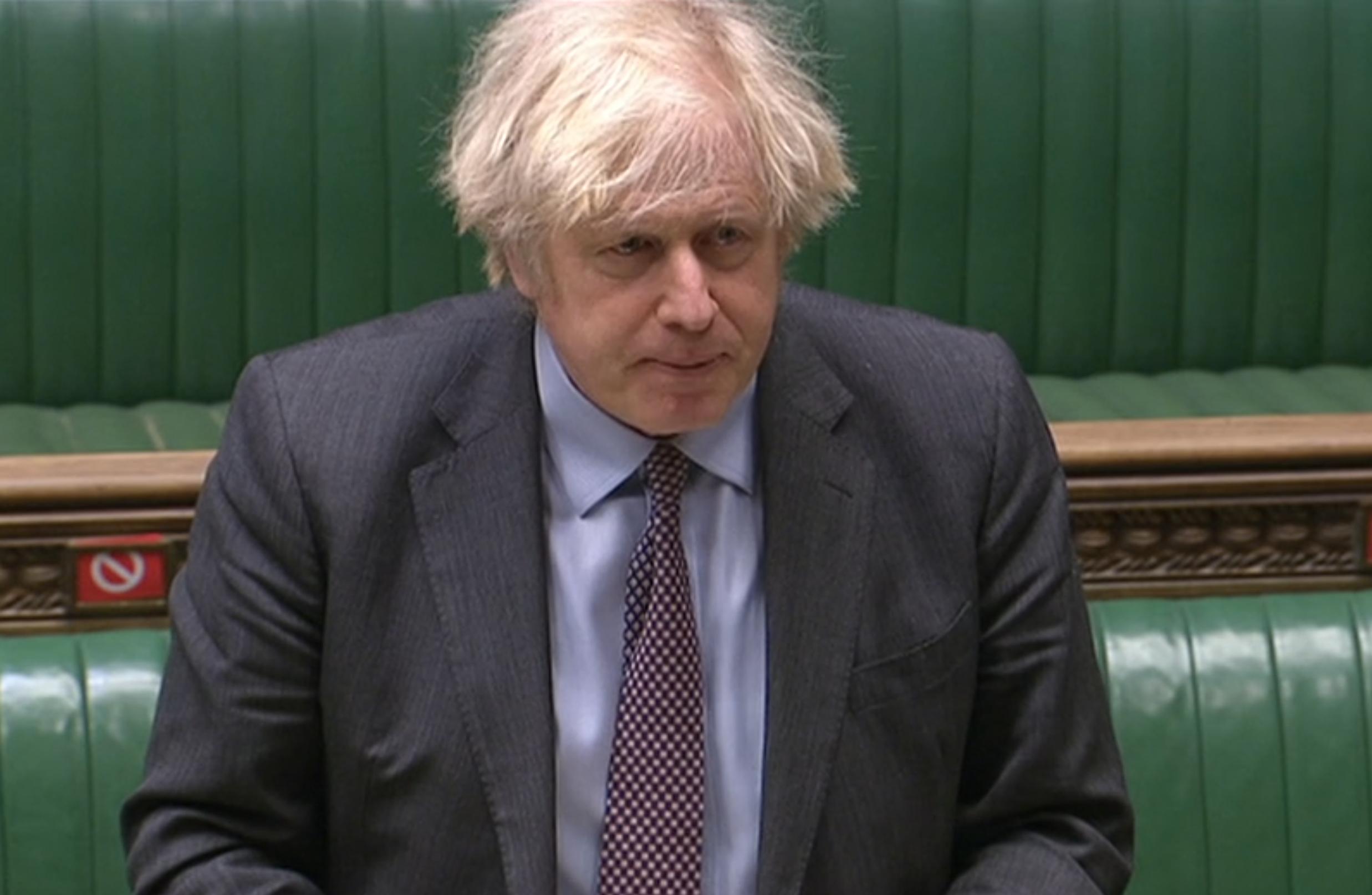 The UK Government has published four-step roadmap to ease restrictions across England and provide a route back to a more normal way of life. Each step will be assessed against four tests before restrictions ease, starting with the return of schools on 8 March, under plans being set out by the Prime Minister, Boris Johnson.

Shops, hairdressers, gyms and outdoor hospitality will reopen on 12 April in England if strict conditions are met. Up to six people from separate households could be able to meet in beer gardens from that date. The new four-step plan to ease lockdown could see all legal limits on social contact lifted by 21 June.

The roadmap requires four tests on vaccines, infection rates and new coronavirus variants to be met at each stage.

The roadmap can be found in full here.

In a statement to Parliament this afternoon, the Prime Minister said that the decision on each stage will be based on data not dates, and government will move cautiously to keep infection rates under control.

Johnson set out the latest vaccine efficacy data, with Public Health England finding that one dose of the Pfizer-BioNTech vaccine reduces hospitalisations and deaths by at least 75%. Analysis of the AstraZeneca vaccine efficacy continues, with promising early results. The increased protection offered by the vaccines has given the government the confidence to slowly begin easing restrictions in all areas across England at the same time.

The roadmap, which has now been published on gov.uk, outlines four steps for easing restrictions. Before proceeding to the next step, the Government will examine the data to assess the impact of previous steps. This assessment will be based on four tests:

There will be a minimum of five weeks between each step: four weeks for the data to reflect changes in restrictions; followed by seven days’ notice of the restrictions to be eased.

The Chief Medical Officer and the Chief Scientific Adviser have agreed this will give adequate time to assess the impact of each step and reduce the risk of having to re-impose restrictions at a later date.

Getting children back into school has been the government’s top priority. From 8 March all children and students will return to face-to-face education in schools and college. By this point, everyone in the top four vaccine priority cohorts – as determined by the independent Joint Committee on Vaccination and Immunisation (JCVI) – is expected to have received the first dose of their vaccine and developed the necessary protection from it.

As part of step one, there will be further limited changes from 29 March, the week in which most schools will break up for Easter. Outdoor gatherings of either six people or two households will be allowed, providing greater flexibility for families to see each other. This includes in private gardens.

Outdoor sports facilities, such as tennis and basketball courts, will be allowed to reopen, and people can take part in formally organised outdoor sports.

At this point, the ‘stay at home’ order will end, although many lockdown restrictions will remain. For example, people should continue to work from home where possible, and overseas travel remains banned, aside for a small number of reasons. The subsequent steps are set out as follows:

In the meantime, the vaccination programme continues with the announcement of a new target to offer a first dose of the vaccine to every adult by the end of July.

MPs will have an opportunity to vote on the regulations that will enable this roadmap in Parliament in the coming weeks.

The UK Government said it is working closely with the Devolved Administrations as we have throughout the pandemic. They are setting out approaches for easing for Scotland, Wales and Northern Ireland.

The devolved nations have the power to set their own restrictions but have largely moved in the same direction, though at different speeds, during the pandemic.

Scotland: First Minister Nicola Sturgeon has said Scotland would return to a tiered system of restrictions when lockdown measures are eased. This means different parts of the country could be under different rules. Sturgeon is set out the likely phases for a gradual lifting of restrictions on Tuesday 23 February.

Scottish schools: In Scotland, younger primary pupils have gone back to school, along with some exam year students in secondary school. A wider reopening has yet to be decided.

Wales: Welsh First Minister Mark Drakeford has said he hopes the ‘stay at home’ requirement could end within three weeks, with some non-essential shops and hairdressers possibly reopening at the same time.

Welsh schools: In Wales, younger primary years have also returned on Monday - with older primary pupils set to go back on 15 March if COVID levels continue to fall.

The roadmap can be found in full here.