Increasing use of electric vehicles will cause fuel duty tax revenue to drop £28bn, warns IFS 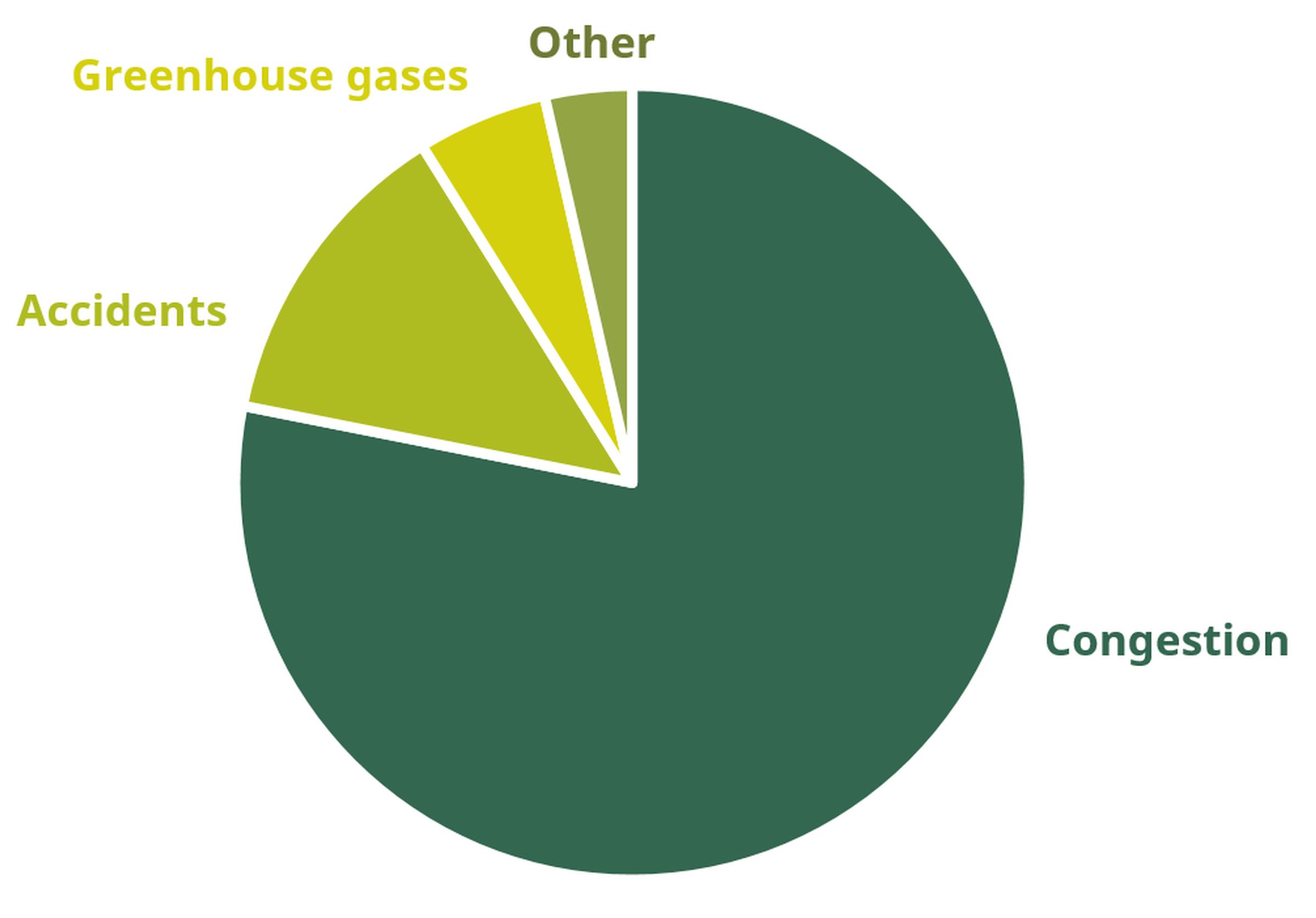 A system of road pricing should be introduced to combat traffic congestion and compensate for the £28bn loss of revenue from fuel duty as the country makes the transition to electric vehicles, the Institute for Fiscal Studies (IFS) has said.

The IFS, which specialises in UK taxation and public policy, said the government’s pledge that the UK would reach zero net emissions by 2050 meant the tax take from petrol and diesel would shrink to nothing over the coming decades and a new way to raise money from drivers was needed.

The thinktank is set to publish its IFS Green Budget Report on 8 October.

Rebekah Stroud, co-author of the report and a research economist at the IFS, said: “Cuts to fuel duties over the last two decades have contributed towards revenues’ being £19 billion a year lower than they would have been. Another 2p cut, as reportedly mooted by the Prime Minister, would cost a further £1 billion a year. The bigger challenge is that revenues are now set to disappear entirely over coming decades as we transition to electric cars. The government should set out its long-term plan for taxing driving, before it finds itself with virtually no revenues from driving and no way to correct for the costs – most importantly congestion – that driving imposes on others.”

Taxes on motoring raise around £40 billion a year for the exchequer (around 5% of government revenue), equivalent to about £750 per adult in the UK. Most of this comes from fuel duties, which in 2019–20 are expected to raise £28 billion in their own right plus an additional £5.7 billion from the VAT payable on the duties. Another £6.5 billion comes from vehicle excise duty (VED) and £0.2 billion from the London congestion charge.

Revenue from fuel duties now stands at £28 billion a year, which is 1.3% of national income. Revenue peaked at 2.2% of national income in 1999–2000. Had it remained at that level, the exchequer would currently be getting an extra £19 billion.

The government’s commitment to reaching zero net emissions by 2050 means that revenue from fuel duties will completely disappear over the next few decades. This is a huge long-run fiscal challenge for the government. This also presents a further economic and social challenge.

The IFS said decisions by both Labour and Conservative governments not to raise fuel duty in line with inflation meant that duties had fallen from 2.2% to 1.3% of national income since peaking in 1999-2000, costing £19bn a year in lost revenue. It added that the government would lose a further £1bn a year if the currently rumoured 2p a litre cut in fuel duty in the budget proved to be true.

The think-tank said taxes on motoring help to correct for the social costs generated by people’s driving. These include congestion, greenhouse gas emissions, local air pollution, noise, accidents and damage to infrastructure. The biggest cost is congestion, which is estimated by the government at around 80% of the total social cost. The IFS points out that congestion will remain after the transition to electric cars.

There is a need to design new taxes, which can gradually replace fuel duties, said the IFS. These should reflect at least distance driven, and ideally vary according to when and where journeys take place. Those driving in busy places would pay more, but the majority of journeys would be taxed less heavily than at present, the think-tank suggests.

The thinktank suggests that there is an advantage in acting quickly: it will be much harder politically to introduce such taxes only after revenue from fuel duties has fallen much further and many people are driving hybrid or electric cars in the expectation of paying little tax on them.

In a pre-released chapter on transport from the upcoming IFS Green Budget, funded by the Nuffield Foundation and Citi, the thinktank makes a number of findings:

Extract: A road map for motoring

“Taxes affect people’s decisions about the vehicles they buy and how much, when and where they drive them. This is important because motoring gives rise to a number of social costs that would not otherwise be reflected in the prices people pay – such as congestion, greenhouse gas emissions, local air pollution, accidents and noise. Well-designed motoring taxes can be used to influence these behaviours and reduce the social costs associated with driving.

“Fuel duty revenue has been eroded by a combination of cash-terms freezes and improving fuel efficiency. With the advent of electric cars, revenue from this tax is set to disappear altogether in the coming decades if the government meets its commitment to reach zero net emissions by 2050. Good news for emissions is bad news for the government coffers.

“Alternative taxes will be needed to ensure the social costs of motoring are reflected in the prices people pay. The government should take the opportunity it has now to set out both its long-term strategy for taxing motoring and how it will get there. There is a window of opportunity to do this quickly, before revenue from fuel duties disappears entirely. In this chapter, we examine both how satisfactorily tax policy treats motoring as we find it today and how it might be made ready for the future.”

This is an extract from the IFS Green Budget, which will be published on 8 October. The Green Budget is being produced in association with Citi and is funded by the Nuffield Foundation