The Buses Bill: lessons from Germany

The upcoming Buses Bill will give Combined Authorities outside of London more powers to enter into stronger partnerships with bus companies making it easier to implement integrated ticketing such as Oyster. Michael Oliver, PTV Group, discusses how modelling is already used in Germany to support holistic public transport planning, and identifies some of the lessons we can learn for devolution of transport in England 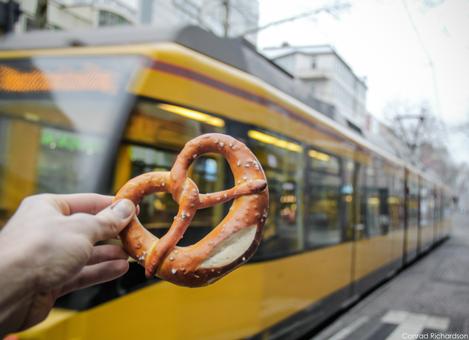 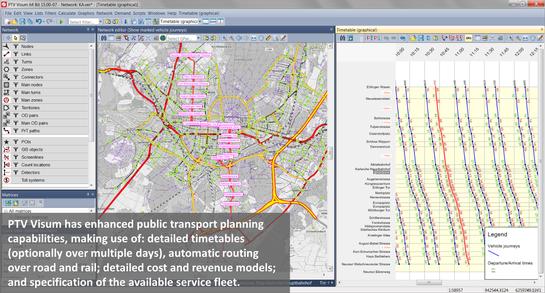 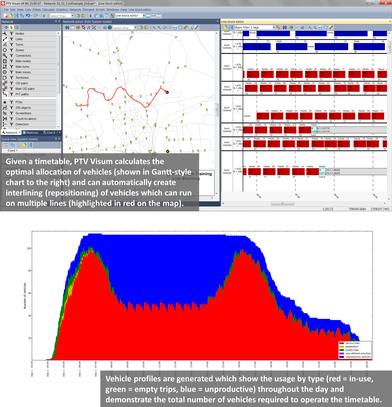 Should Local Authorities decide to act on new bus regulation powers, they will have the opportunity to benefit from a holistically planned and managed transport system network. We take a closer look at how this is already being done in Germany, with a focus on how transport planning is supporting decision-making and collaboration between authorities and operators.

In London, and many European regions outside of England, bus operations are regulated under franchising rather than the free-market approach (currently) adopted outside of London in England. On the back of the UK government’s devolution agenda are forthcoming changes to legislation that will allow Local Authorities to take back control of their bus networks.

The hierarchy of governance for public transport in Germany is roughly split between the national, regional and local – not so different from the UK. A key difference in governance is the additional layer of so-called Transit Associations, of which Germany has around 80 throughout the country.

Precise responsibilities differ from one Transit Association to another, but in general they are responsible for the planning of public transport in their regions – not unlike the role of Passenger Transport Executives in the UK. Where these Transit Associations differ from their English counterparts is that they are also responsible for the quality of the entire system; including the setting, collecting and redistributing of fares and for the tendering of public transport services.

Regional Authorities have responsibility by law for public transport, with this being delegated to Transit Associations in practice, including funding. Authorities must produce a Public Transport Masterplan every five years which balances a vision for overall levels of service and accessibility across all modes in the region, with what can be achieved given the available resources.

The holistic view of the public transport system afforded to Authorities and Transit Associations puts them in a strong position to perform integrated planning and make integrated services available such as ticketing and marketing. Passengers benefit from a system that is easier to understand with simpler fare structures and a single, unified and accountable service provider. Transit Authorities benefit from having more control and being able to provide greater multi-modal connectivity, whilst operators will have a more stable, sustainable market.

Transport planning tools give Authorities and Transit Associations the ability to understand, analyse and improve their networks, and because they have a system-wide responsibility, they are able to plan such improvements with multi-modality in mind; for example, gearing bus services towards rail connections to provide optimal connections. They are able to plan an optimal system whereas in a deregulated system, operators are able to cherry pick the best routes.

A key function of the planning undertaken by Transit Authorities is to identify which bus services are to be included in a particular franchise. In Germany this is called Line Bundling. This requires the generation of subsets of lines that will be tendered together, accommodating certain laws. Each bundle of lines is considered together from both a service and operational point of view and must improve service quality; strengthen the ‘character’ of the network; increase economic performance; optimise vehicle and driver employment; and support competition.

PTV Visum is used across Germany to aid this process through the generation of performance indicators for each of the above requirements, for different bundles of lines. This is made possible because the model contains much more information than your standard public transport assignment model, including a detailed timetable, precise fare model, and an explicit description of the service fleet.

Using this additional information, Transit Associations make use of the tools built-in to the software for the optimisation of the allocation of vehicles to lines which can include a minimisation of operating cost, and can also consider passenger crowding. The public transport assignment is therefore an important input to the process.

With this complete view of the transport system, including fare revenues and the cost of its operation (including vehicle running costs, driver time, relocation costs etc.), lines can be bundled according to a range of indicators, including:

A number of authorities and Transit Associations are using PTV Visum, such as Dresden, Hannover, Nurnberg, Munich and Rostock, and for a wide range of applications including: line bundling as mentioned above; to inform fare redistribution; feasibility studies; understanding travel demand; and of course as a key input to their Public Transport Masterplans.

The level of collaboration between Transit Associations, authorities and operators in Germany has been a huge success in terms of the quality and attractiveness of public transport, and the efficiencies gained from being able to plan an entire system.

There have been calls to claw back such control in England by reintroducing some form of franchising in England ever since the Government deregulated local bus services outside of London in 1986. Just how far the German model of collaboration can be adopted in the UK is of course a contentious issue, as the various bus stakeholders in Tyne and Wear know all too well.

Nevertheless, devolution deals have already been signed in various English regions in which the Government has committed to providing the powers necessary to franchise their bus services, and the Government intends to introduce a ‘Buses Bill’ in the current parliamentary session.

The main aims of the Bill are to give Local Authorities more powers to enter in to stronger partnerships with bus companies, and allow local authorities to enforce the sharing of information about routes, fares and ticketing, and to agree minimum standards for services, improving reliability and punctuality.

This new legislation provides an opportunity for Combined Authorities across the UK to learn from the German model of integrated public transport planning. How far towards the German model we will go, what form this will take, and the best way to gradually franchise the network will need careful planning and justification. Transport models will be required to inform this decision making process, and tools such as PTV Visum have evolved to be used for precisely this purpose.