Cycle cities can be car-friendly 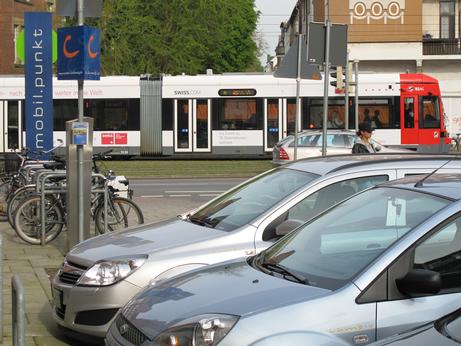 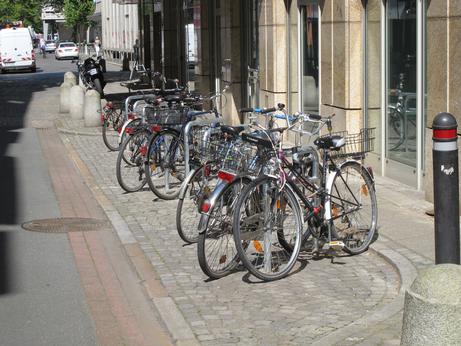 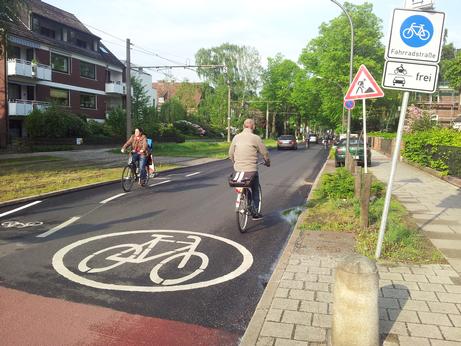 Thanks to smartphones and navigation systems, we are able to gain access to some very interesting data about traffic. The ‘congestion index’, as provided by TomTom or INRIX, reveals that cycling cities such as Copenhagen, Malmö, Amsterdam or Bremen have low-congestion levels on the European scale.

In looking at congestion in German cities, you come across an interesting paradox: cities that have a car-friendly image (such as Stuttgart and Hamburg) suffer much worse traffic problems than Bremen, which though not seen as car-friendly has very low congestion levels.

Make better use of space

What does this tell us in relation to Smarter Travel? First of all, it is important to look at the space efficiency of transport modes. Electric cars may address emissions issues but they won’t solve transport problems.

In Bremen, 60% of all citizens’ trips are made by the sustainable modes (walking, cycling and public transport). The comparatively high share of cycling – 25% of all trips – is an important aspect of a strategic approach. A focus on walking, cycling and collective modes is more appropriate than electrification to tackle the problems of congestion and limited space. Cycling consumes much less space than car travel – both for the trip itself and for parking.

Electrically-assisted bicycles can increase the share of cycling by allowing people to cycle longer distances or climb otherwise daunting hills. Good cycle infrastructure serves both muscle-powered and electrically-supported cycling, and both benefit from the installation of more safe and secure parking.

The Bremen modal split indicates that many people do not depend on a car for their daily trips but rather can cycle, walk or use public transport. This means that their car use is limited to large-scale shopping excursions or occasional longer-distance journeys, with their cars standing around a good deal of the time.

For more than ten years, car-sharing (car clubs) has been a strategic element to reduce the level of car ownership, and the numbers are promising. The service in Bremen is privately operated and its operation is not subsidised. Car-sharing is, however, part of neighbourhood parking management in Bremen.

The rise of car-sharing

The number of cars in cities is a general problem that can only be addressed through wise transport strategies. Aware that there is not enough street space to meet the demand of individual car owners, Bremen decided that car sharing was a cost-efficient measure to re-organise parking management.

The largest car-sharing operator in Bremen, cambio, says a customer survey it carried out last year suggested that every car-share removes 15 private cars from the streets. Thus, the ever-growing network of car-sharing stations both helps to make car-sharing more attractive and also reduces the pressure on limited parking space.

The development of car-sharing has benefitted from technology applications (especially smartcard or smartphone access, online reservations), but what is still needed is behaviour change and a transport environment that reduces car dependence. That comes down to the basics of sustainable mobility planning, including solid planning for walking, cycling and public transport.

The experience of the cycling city of Bremen raises the question of what ‘car-friendly’ really means. Bremen’s high level of cycling and low level of congestion suggest that low-tech and no-tech solutions can create a low-congestion yet car-friendly city.