Shared transport systems such as car clubs and bike share are linking up to create a viable alternative to car ownership, writes Alistair Kirkbride 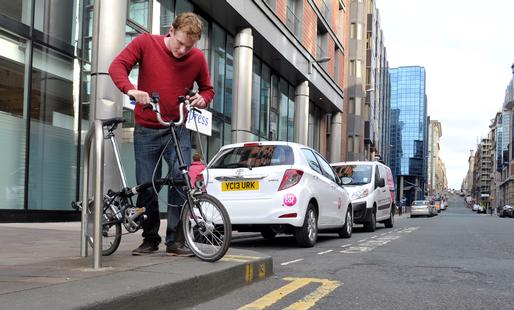 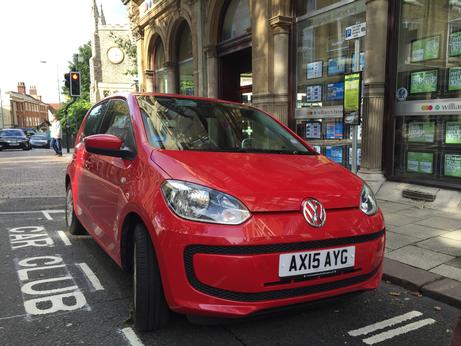 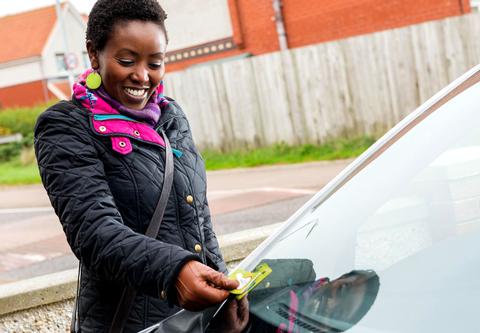 Once the province of co-operatives and community groups, shared transport has become a thriving mobility ecosystem in its own right, replete with shared cars, lift and bikes.

Whilst the co-op and the community group still have a role to play, big business has set up shop right at the heart of this ecosystem.

There are now shared transport solutions for nearly every situation, often at the touch of an app, which provides attractive choices for modern lifestyles. The sector is burgeoning, and while it is most advanced in urban areas, it has been adopted in villages and remote areas as a different approach to accessible transport.

The growth of shared mobility is, to a large extent, due to technology and the involvement of multinationals. The level of investment required to create apps that unlock vehicles using your phone and the algorithms that connect travellers making similar journeys, means that large companies or backers are increasingly becoming involved. The potential market size and future profits is what makes this investment worthwhile.

Simultaneously, shared transport is  being adopted by motor manufacturers that have realised that the landscape has shifted. Buying vehicles has become much less of an aspirational life goal for young people than for previous generations.

In response, motor manufacturers are rebranding themselves as ‘mobility providers’ offering access to travel rather than just selling cars. Across the industry, experiments have sprung up, offering different permutations of car clubs, fractional ownership and automatic hire.

Users are increasingly using a portfolio of mobility services for different types of journey, particularly in larger cities such as London. A Londoner’s travel diary may read like this: a shared bike or the Underground for the commute to work, walking or using a car club car for work-related journeys throughout the day, then Uber to get home from the pub at night. We believe that this is not only the future of mobility – particularly if these services can all be provided on one integrated payment app or smartcard – but an important aspect of emerging modern lifestyles.

To make sense of this new mobility ecosystem, teeming with rapidly evolving lifeforms, here is the Carplus guide to shared transport:

When two or more people share a car and travel together it’s called 2+ car sharing, lift or ride-sharing. It allows people to share travel costs by filling empty seats, whilst alleviating the associated problems of congestion and pollution.

There are several different types of providers. Some offer online booking systems that allow any driver to advertise trips, enabling all passengers seeking a lift to search for journeys. Other systems are tailored to specific events (for instance, festivals like Glastonbury) as well as corporate ventures that allow companies to pair employees and reduce parking and congestion.

Traditional car clubs began appearing about 20 years ago in the UK. Cars are parked in designated bays and returned by members after use. Originally developed from informal and community groups, there are now a number of larger commercial operators, three of which are now backed by multinational car hire companies Zipcar (Budget Avis), City Car Club (Enterprise) and E-car Club (Europcar).

Co-wheels CIC is the only national scale car club that has remained independent. All the larger operators run sophisticated booking systems with reservation by app and online.

Independent community car clubs still exist, particularly in rural areas where commercial operations are not viable.  However, boundaries are blurred, with some operators providing vehicles and insurance, while community groups take on marketing and other functions.

Research by Carplus over the last eight years consistently shows that, as a result of joining a car club, members walk, cycle and use public transport more than other drivers.

More than 55,000 members would have bought a car if they hadn’t joined a car club, and across the UK, and over 26,500 private cars have been removed from the roads by sale or disposal of a car in the last 12 months.

The car club fleet is cleaner than the national fleet, producing over 30% less CO2 per vehicle and with over 95% of the fleet meeting Euro 5 or 6.

In the last year, one-way operations, where cars are picked up and dropped off anywhere in certain areas or zones, have emerged. These services were first seen in continental Europe and North America, backed by car manufacturers such as BMW, Daimler Benz and Ford. The BMW-backed DriveNow scheme allows users in four neighbouring London Boroughs – Islington, Hackney, Haringey and Waltham Forest – to book vehicles by app at short notice. It bills users for usage by the minute.

Peer-to-peer car rental allows people to rent their car to other members of the club. The operator checks DVLA records and provides insurance. Peer-to-peer car clubs have similar benefits to other car clubs, reducing the need for people to own their own vehicles, but do not require investment in dedicated vehicles.

Uber launched its taxi-sharing service UberPool in London in 2015. This allows Uber users to save up to 25% by sharing their journeys with up to two other people.

Uber is notable in having a well-regarded app, which simplifies transport and even connects it to social media (Facebook Messenger in this instance), although their business model has come into conflict with regulators and other service providers.

For the first time this year Carplus will be collecting data on car club members’ use of Uber and other on-demand taxi services to understand more clearly their role in new car-free mobility lifestyles.

Robust data is required on whether UberPool will encourage more people to share their journeys and reduce taxi-related congestion. Big questions remain unanswered, such as whether UberPool is replacing other taxi trips or maybe, less positively, encouraging users to switch from public transport.

Adding cycling to the public transport mix might seem like a strange idea; why provide bikes all over town rather than encourage people to get their own? But bike share fits in well with changing urban travel habits, whether as the last mile commuting tool, the tourist’s fun touring vehicle, or the means to zip across town and maybe get the bus back when it starts raining.

Public bike hire is becoming more of a norm in the UK – 20 UK cities have embraced bike share, 16 towns and cities have public schemes in place, with at least four in development. There are now 13,000 bikes being shared, 10,000 of which are in London, with an additional 1,000 bikes in 100 rail stations operated by Bike & Go and Brompton Folding bikes.

Carplus is launching Bikeplus at Smarter Travel LIVE!  to share information, lessons, data and evidence for bike share. We are working with transport providers, employers, community groups and the public sector to help bike share reach its potential in the UK. www.bikeplus.org.uk

Carplus works for accessible shared transport, reducing congestion and CO2 emissions, improving air quality and access to environmentally sustainable mobility. We publish research and best practice in the sector, sharing lessons from city to city and village to village.

Carplus publishes an annual survey of car club members, which shows that over 200,000 members are driving over 3,600 cars across the UK.

On the ground, our Developing Car Clubs in Scotland Programme has helped double car club membership in Scotland over the duration of the project and increased the use of shared electric vehicles (funded by Transport Scotland).

Our Shared Electric Bike Programme aims to understand who electric bikes appeal to, and which kinds of trips and settings will encourage this use. Carplus is also working with Transport for London and the Car Club Coalition to increase the number of car club members in London to a million by 2020.

Alistair Kirkbride is director at Carplus