And the beat goes on

An activity programme is encouraging people to swap cars for walking and cycling, reveals Margaret McDonnell 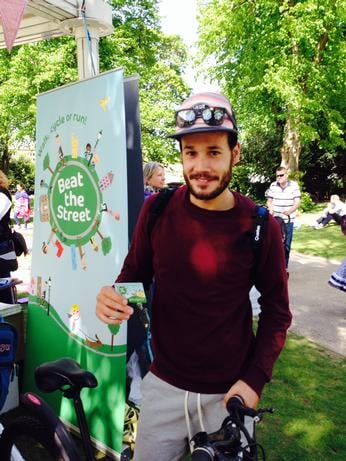 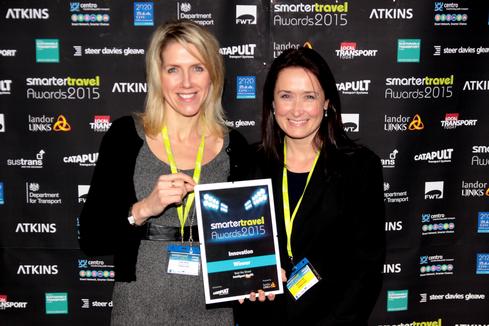 Beat the Street is a community-wide programme that transforms health outcomes by getting people moving. With a six to eight-week long competition at its heart, it challenges a whole community to see who can walk, cycle or run the furthest.

It is run by Intelligent Health, a Reading-based company which aims to build active communities and to make physical activity a way of life for people of all ages.

The firm is also a Technical Support Partner to the EU-funded ‘SWITCH’ project, which is looking at how ICT [information and communications technology] tools and health messages can enhance active travel.

The company was founded by Dr William Bird MBE in 2011. He recognised there was a need to get people to be more physically active. Inspired by his day-to-day contact with patients in Reading GP, the GP realised that the only way to change behaviour was to make it fun and innovative. He introduced a competitive element as a way of bringing the whole community together.

Funded by public health and transport departments within councils or by NHS clinical commissioning groups, it is  free for residents to take part. Players receive a special card which they can then tap on sensors called Beat Boxes, which are placed about half-a-mile apart around the town. At least two Beat Boxes must be tapped within an hour in order for a player to score points for their team.

Not only is Beat the Street a fun way of improving health and wellbeing,  it improves the environment by connecting people to where they live or work. This saves money that would otherwise be lost to congestion and sick days. Beat the Street leads to long-term behaviour change by creating a social norm around walking and cycling to work, to school and for fun.

The programme has encouraged  people to ditch the car for short journeys. Many people reported that before embarking on Beat the Street, they would drive their children to school as they felt they didn’t have time to walk in the mornings. Beat the Street helped them to realise the benefits of not having to find a parking space near the school. It enabled them to discover shortcuts to school that sometimes make it quicker to walk than to drive.

Word on the street

After each Beat the Street campaign, a feedback questionnaire is sent to interested participants to elicit responses on what went well and what could be done better.

In Annan in Scotland, 3,285 people took part in Beat the Street between 1 September and 12 October 2015. This represents 39% of the local population. Some 56% of respondents to the survey said Beat the Street helped them use the car less.

At the start of Beat the Street in Annan, 28% of people cycled at least once a week and by the end, this had increased to 42%.

In Popley, Basingstoke, Beat the Street took place from 30 September to 11 November 2015 – 49% of respondents said they would take the car less after the competition ended. Eight-out-of-ten said Beat the Street had helped them walk more than usual and one-fifth said they were encouraged to cycle more.

One participant said: “As a family, we explored parts of Popley that we had never walked around before. On the school run, we walked a longer route to tap two extra Beat Boxes. It encouraged us to walk even on days when the weather was poorer.”

Another added: “We used every opportunity possible to walk or cycle as a family. Where we mostly drive to school, we walked and sometimes collected other children en route. We improved our fitness and had quality time together to talk, which was fantastic. We also walked in all weathers which we wouldn’t normally do!”

Walking to the moon

In Reading, where the project has been rolled out for the past two years, research has shown that people maintain their increased activity levels and those that took part in both years had even greater gains. Much of that increase in physical activity levels comes from the daily walk or cycle to school or work.

After participants passed the initial target of 250,000 miles, £4,000 was donated to The Royal Berkshire Charity.

Graeme Hoskin, Reading’s lead councillor for health, said: “Not only has the campaign raised a fantastic amount of money for The Royal Berkshire Charity, it has also encouraged people to walk, cycle and run more, which I hope will continue long after the scheme has finished.”

A survey of those who took part in Beat the Street last year found that 82% of those surveyed felt the programme encouraged them to be more active; 73% said it helped them feel healthier.

Almost half said Beat the Street had helped them travel less by public transport. One participant said: “I always used to take a car to school and drive everywhere, but after I heard about Beat the Street and joined the competition, I was always walking instead. This really helped me do my exercise and I lost a lot of weight. I hope to carry on walking and enjoying myself. Beat the Street was fun and exciting.”

Another said: “It opened up a whole new Tower Hamlets for me and my family. We found new parks and different things that weren’t there when I was younger. Beat the Street helped us to be more active and gave us a chance to discover more amazing places within those boroughs.”

There are many physical activity programmes out there and just as many ideas for getting people out of their cars. However, Beat the Street has been proven to work as it contains the right elements of bringing communities together to reach a common goal, combined with the fun aspect of the competition and the fun that children have when they tap the Beat Boxes.

Beat the Street energises a community, using a simple game at its core to get people moving and enjoying getting active. We achieve very high levels of participation and engagement whilst we reach the most inactive.