Cities need to recognise how social and technological changes can impact on transport policy, according to Jonathan Bray 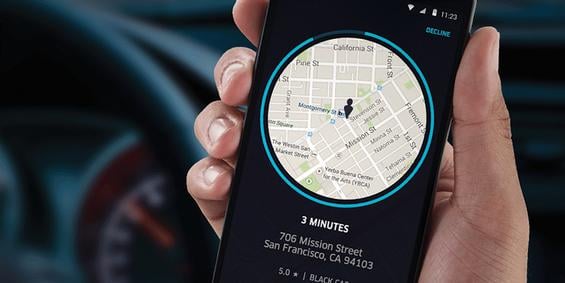 Our major urban areas are experiencing a period of accelerating technological and social change. Demographics, the capabilities of smart devices, the expectations of citizens and even the climate are all changing.

The pace of this change can be bewildering. From social media to Uber, ideas move rapidly from the margins to the mainstream. What not so long ago was seen as science fiction has become science fact, either in the here and now or just over the horizon. We now live in a world where autonomous vehicles and tablets that talk are real.

One of the roles of the Urban Transport Group is to look at how transformative social and technological changes are creating a new context for urban transport policy and then to explore how cities might best respond.

In our recent Horizon Scan report (available for download on our website – www.urbantransport.org) we examine these trends and suggest how forward-thinking cities might best respond. By doing so, they can avoid being swamped, constantly playing catch-up to successive waves of change and, instead, respond dynamically, intelligently and adeptly.

The report suggests a range of responses by cities. These include looking for new and innovative ways of funding and supporting transport systems, including opportunities for synergies and savings by breaking down barriers between policy areas (such as health, education and transport) in order to do more for less.

Other potential synergies include the considerable contribution that investment in active travel makes to greater public health, and the key role of transport in providing access to opportunity – be it jobs, healthcare or education. Transport currently pays for the benefits and savings that are realised by other sectors. A more holistic approach is needed, especially in a climate of falling public spending.

The report states that cities should determine the mobility offers that will be delivered by smart means to promote wider goals – greater public transport use, e-vehicles and active travel. Cities should also make the most of the opportunities for civic add-ons as well as generating funds for inv estment. Otherwise, there is a danger that ticketing may get smarter but not simpler.

If citizens have to contend with a fragmented offer, it will be much harder to achieve economies of scale and the kind of attractive overall offer which leading German and Austrian cities are close to providing. This is not just about simple and integrated ticketing on public transport, but part of a much wider offer that includes access to bike and car hire.

The Horizon Scan report sets out the potential for making better connections between power generation and smarter, greener transport such as linking smart electricity grids with smart, electric transport. For example, power generation in the state of Brandenburg in north-east Germany is 70% renewable. Germany also wants to be a leading market for electric vehicles.

In Berlin this smarter approach to transport and power all comes together on the EUREF campus. Developed on a former gasworks, the site connects academia with small and large companies working on both smart grid and electric transport technologies. The campus uses on-site solar and turbine power managed by IT to power the electric vehicles that are being developed. There is a long series of win-wins for Berlin from all this; a greener, cleaner and more attractive city for residents and visitors while becoming a hub for new green technologies and industries both large and small.

Thought leadership reports like Horizon Scan are just one part of what we do as the Urban Transport Group. We also argue the case for the funding and powers our members need to improve urban transport.

With Transport for London now on board as full members and our new name (we were ‘pteg’ until January 2016), we look forward to providing an effective voice for UK urban transport in these rapidly changing times.

Jonathan Bray is director of the Urban Transport Group