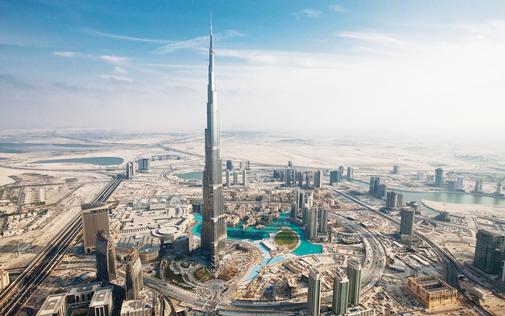 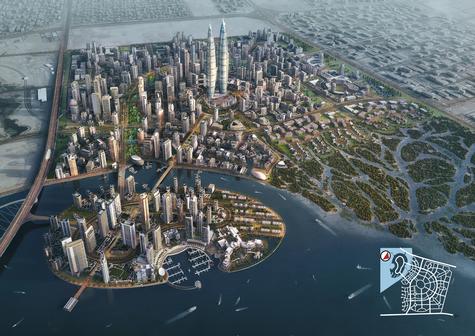 Dubai currently has a population of just above 2 million, but it is set to grow massively by 2030 based on the developers’ forecast. If all the potential new developments are released, the residential supply could top 10-12 million in 15-20 years’ time. Aurecon is the lead consultant for the development of Dubai’s future transport strategy, and is behind several of the region’s major transport masterplans. Nadeem Shakir talks to Data and Modelling ME

When working with major development masterplans, says Nadeem Shakir, our first and biggest challenge in terms of modelling is always data scenario management. These large masterplans – for cities of more than 200,000 people – evolve rapidly, and the amounts of data are huge. Every day new sets of land use information are available, there are new ideas, and additional transport network options to consider. The combination of land use and network options can some time lead to hundreds of modelling scenarios. ‘For The Lagoons project in Dubai, we had 25 to 30 versions of land use information and numerous versions of the masterplan design to work with. As transport modellers and transport masterplanners, we are asked to test all these ideas by the developers,’ says Nadeem.

As can be expected, when these elements are combined, they result in a ‘way big’ matrix, he adds. Consultants across the Middle East are very aware that developers are demanding, turnover is on a very fast track, and there is a need to be extremely diligent in terms of the data management and option testing which goes into the modelling process. On top of that, all this activity has to be meticulously, and frequently, reported.

Aurecon has managed these issues by developing a GIS interface system that can integrate data such as planning data and land use information via a land use data conversion tool. Frequently, data from developers is not consistent with model requirements, so the conversion tool manages the needs for model input structure.

These issues sit within the realities of creating major masterplans in rapidly growing Dubai, in UAE and across the Middle East region. Nadeem is quick to make clear that the context is very different to that typically found in many Western countries. The extent and magnitude of projects across the Middle East is extensive and the scale grand, with a focus on development rather than operational upgrades. In the West, as much as 90 per cent of major cities, a significant portion, are developed, with only 10 per cent of available land remaining to be developed, notes Nadeem. In the Middle East, it may be the other way round, with 90 per cent of available land is undeveloped and only 10 per cent currently developed, or in development.

Dynamics in the Middle East are also very different, says Nadeem. In the delivery of development and transport masterplans, the rapidity of progress is intense. ‘Here, we can plan and design a development masterplan for a city of 200,000 in six months. Our masterplanning, urban planning and transport planning teams work day and night on data management and modelling. This is really the fast track.’

Secure access to finance from investors and state agencies and an entrepreneurial, less risk averse culture prevails than in the West. Although due process is observed, the operational pace is fast. Work on the Dubai Canal project, which saw the partial elevation of E11 (the main spine road in Dubai, known as Sheik Zayed highway), with a 16-lane bridge across both directions, is close to completion, yet started only a year ago. One direction of the E11 elevated road project is already operational, and many drivers didn’t even notice that the road had been lifted from its original grade. There is access to the best and latest technologies, and the culture supports rapid development. For many reasons, it couldn’t happen in the West in the same way at this time, reflects Nadeem.

However, such rapid development does pose some challenges. In the West, it’s possible to derive data and take samples from fully developed zones, and extrapolate from these to plan for undeveloped areas. In the Middle East, only small samples can be used; 1 per cent of the 10 per cent is used as a basis for the application of development principles for the 90 per cent that’s in the pipeline. With such limited data, extrapolating from such small samples to schemes potentially accommodating 12 million becomes an irrelevancy. ‘There are key challenges in terms of travel demand, experience, travel characteristics, and sustainability,’ says Nadeem.

The ‘mountains of data’ underpinning the masterplanning process include the necessity to actively seek out land use planning and development information relating to surrounding and adjoining projects. ‘Everything around the masterplan that we are working may currently be empty desert, so we need to integrate information from other consultants, agencies and developers. We can bring this into our GIS database and update our models,’ says Nadeem.

Generally, across the Middle East, the majority of models in use are strategic models. The results from the strategic models are used for the micro level analysis. ‘There is currently nothing standard in use in this region at the mesoscopic or operational level,’ says Nadeem. ‘We don’t have these interim models at this stage, and can have the problem of trying to use a strategic model at the microsimulation level. Consultants and end users try to create their own management systems, and develop their own methodology to manage this issue, but it can create many challenges for large-scale masterplanning.’ Regional authorities, consultants and end-users alike can be faced with using strategic models at the level of detailed junction design, for example. ‘How should we use a 2013 strategic model for planning the signal timings/phasing in 2030?’ says Nadeem. What may seem to have worked when tested on the road network, at the level of the strategic model, often doesn’t perform so well at microsimulation level, he adds.

As is happening across the world, as ITS technology and smart mobility systems are deployed in more and more cities, the Middle East is exploring new ways of sourcing and analysing ‘intelligent’ data. This may not be, as yet, the norm for every project on the drawing board but, where possible (due to complex confidentiality contracts and access policies), data is increasingly being shared with chosen partners, and data gathering and analytics transformed as a result. Data including – but not limited to – GPS mobile phone data, ANPR data, toll data and traffic speed data are being applied in the region's major projects, including the Dubai Transport Strategy that Aurecon is currently delivering. When making presentations to decision-makers, Aurecon understands the power of visualisation, and uses both configuration-based static visualisations and data-driven animations via microsimulation to bring its projects and modelling work to life for stakeholders.

Nadeem Shakir is Technical Director, Head of Transport Planning, Middle East and North Africa, Aurecon. He is speaking at Smart City Modelling on February 25. He spoke with Juliana O’Rourke for this article