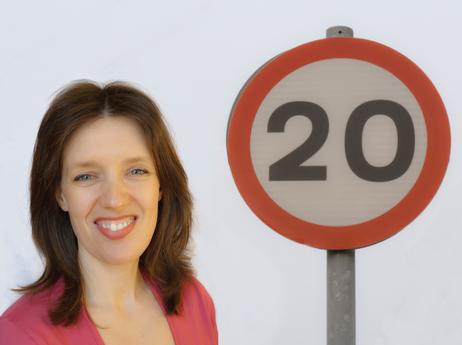 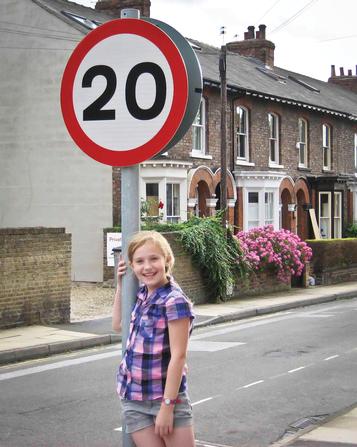 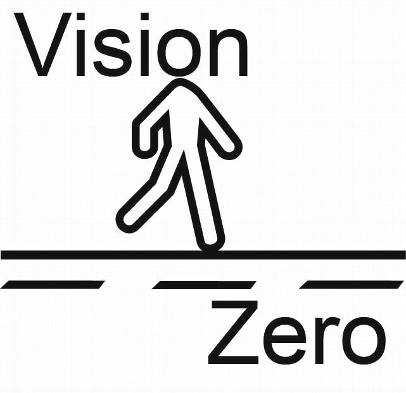 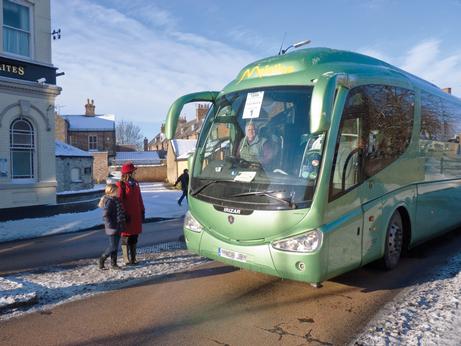 My aim is a fairer, more civilised world. I work through road safety as I’ve twice been road injured by being cut into by drivers. Roads are the biggest risk that my family faces daily.

Britain’s roads are far more dangerous than is appropriate or civilised. It’s also not fair or cost effective to allow so much danger in our public realm. Better public health and exercise patterns require us to prevent injuries, particularly on our home streets.

Many of the road danger reduction solutions are well known, cost effective and could be done quickly, like wide-area 20mph limits. Vision Zero is a political statement of doing what’s right and cost effective to make the public realm fairer for all, however we get about. It’s smart health economics to raise environmental health and safety on our streets. It fits with child protection, equalities, age/dementia friendly, and disability discrimation public sector equality duties.

Can you cross the road safely with young children or an elderly person where you live? I find it shocking that at the 30mph national speed limit (which many drivers abuse and isn’t well enforced), a massive 47% of 60+ year olds would die if hit. No-one could really argue that this is humane, particularly with an aging population. Especially those with dementia, like my mum, who lives independently. Frankly I worry about her daily safety. Of course she’s too scared to cycle. We must do better at protecting people from avoidable road harm and the fear of it that stops people exercising outdoors.

Vision Zero is an ethic that says people make mistakes but shouldn’t die or be seriously injured for them. Contrast it with conventional transport systems which maximise capacity and throughput, not safety.

The Human Rights Act Article 3 says we have the right to life, liberty and security of person. Vision Zero supporters say road design and policies must aim to protect us from fatal errors: ”No loss of life is acceptable”.  Zero harm is standard for health and safety at work and must be applied to highways. Sweden agreed Vision Zero in 1997.

Road casualties are worsening. Remember that a death or serious injury is a tragedy to the person, their family, friends and workplace. Also that the consequences of sudden and unpredicted trauma affect not one person but their entire circle of family and colleagues and often continue for many years. Most crashes are no accident and could have been avoided.

Under reporting of serious injuries means that there could be up to twice those in STATS19 according to the Department for Transport ie 45,600 per year – ref H Ward, R Lyons and R Thoreau -2005 http://www.dft.gov.uk/rmd/project.asp?intProjectID=11948

Reported Killed and Serious Injuries (KSIs) as a fraction of all (24582/194,477) is 13%. Vision zero aims to prevent the worst 13% of devastating road casualties and thereby avoid suffering.

What Does Road Danger Cost?

The Department for Transport (2011) estimated that including incidents unreported to the police the value of preventing road crashes was £34.8 billion pa - £540 per head pa. Compare this with low back pain at £15bn. Road danger has at least double the health economic burden and arguably much more. Figures don’t even include long term disability like social security and care costs when the family wage earner dies or is disabled - sometimes leaving orphans. Or rising inactivity burdens in part caused by fear of activity outdoors in the public realm dominated by road danger (up to 90% of the built up public realm is roads and pavements). Or the burden of the inactivity time bomb (obesity, diabetes, heart disease etc). Road danger’s costs are massive and rising.

With such a huge burden on public health, it’s a national disgrace that England is not tackling road danger with an evidence-based road safety plan with goals.

Where is Vision Zero Committed?

The Parliamentary Advisory Council on Transport Safety - PACTS in 2015 called on the UK to “Adopt a long-term vision for a safe transport system free from death and serious injury” with challenging national quantitative rate-based targets for road safety especially reducing pedestrian, cyclist and motorcyclist casualties.

Road safety charity Brake believes we should strive towards a vision of zero road deaths and serious injuries.

RoSPA aims for a society in which everyone is able to travel on the road safely, and in which road users respect each other's rights and behave responsibly and considerately. This requires co-ordinated road safety strategies and targets.

RoadPeace was founded to promote road danger reduction (RDR) - reduction of the speed, volume and dominance of motor vehicles ie. Prevention. Road justice for victims of road violence is increasingly its focus.

Vision Zero is a political statement of a zero road Killed or Serious Injuries (KSI) aim by a date as announced by a city council, county council or country.

VZ involves committing funding to implement an evidence based plan of danger reduction – including:

Britons don't react well to targets and it can lead to perverse incentives and results. In the 1990's the Department for Transport consistently refused to promote cycling as it would increase road casualties thereby defeating their "target". Some fear that a zero target may lead to restrictions to modes with higher casualty rates and undermine sustainability and public health through less active travel. Yet, this isn’t happening elsewhere.

Common sense is sometimes compromised by a numeric target. Some will do anything, including cheating, to say they reached their target.

Some say Vision Zero does not emphasise the justice component or differ significantly to road traffic danger reduction. Perhaps the aim should be zero tolerance of road danger?

In a Russian Doll metaphor Vision Zero is the outer doll setting very clear, ambitious, ethical objectives and a total commitment to zero.

Is Zero A Realisable Aim?

It is difficult yes. Unattainable no. No-one supports extreme measures to stop any and every road death. It’s more philosophy than hard target. Note that other zero aims have won support. Zero is the target for suicides in NHS premises. Zero is the target in zero carbon home building for energy use. Zero waste targets are becoming common. Zero tolerance was adopted in New York crime fighting. Zero harm is common in civil engineering. Zero is our tolerance level for child abuse, domestic violence, pay inequality, racism, slavery and so on. What number is acceptable for road deaths or serious injuries to your family members?

Road Safety Target Variations Across The UK since 2010

In Northern Ireland road safety is a fully devolved matter. The Road Safety Strategy to 2020 contains 222 actions and aims for NI’s roads to “be as safe for all road users as anywhere in the world”.

In Scotland road safety is not fully devolved but Holyrood has powers to set national speed limits and the drink drive limit (which was reduced from 80mg/100ml to 50mg/100ml in December 2014). Target is 40% reduction.

In Wales very few road safety powers are devolved to Cardiff Bay, but funding comes from the Welsh Government.

In London the capital can call on significant funds. Transport for London have a 50% reduction target.

Since 2011 England has had no road safety goal.

Vision Zero versus Other options?

Main advantages are that vulnerable road use isn’t discouraged by authorities in a bid to lower fatalities. Rate based goals are supported by most UK road safety campaigns eg RoadPeace, PACTS. Disadvantages are that they are data heavy and not inspiring to the public. They don’t work as a good enough incentive or marketing to get people to walk and cycle more if they are frightened. Culture change Is needed – a Big Bang and they don’t lead to that. How is Britain to get new cyclists like mums and dads out with their children? In the UK only 4% of us cycle daily. With Luxembourg and Spain, this is the lowest percentage of all EU 28 countries (except Cyprus (2%) & Malta (1%)). 65% cycle less than once a year, or never (37.7 m). After not owning a bike, the main reason people don’t cycle is the perception that it’s too dangerous, due to high volumes and speeds of motor traffic. This is known as the "subjective safety" problem or simply FEAR! A commitment to Vision Zero is to acknowledge and commit to reduce FEAR.

What Changes In A Vision Zero approach?

The most important change is to slower speeds.

What Can You Do to Help?

Talk about Vision Zero and educate others. Join our email list. anna@visionzero.org.uk Follow and retweet @Visionzerouk. Write to your councillors for a Vision Zero policy with the template letter at www.visionzero.org.uk. Attend or ask your representatives to come to Vision Zero UK Launch conference 19 January in Camden. Start a Vision Zero campaign where you live. VZ London and Manchester exist. Please donate funds or suggest funders.

Together let’s make Britain safer by saying zero is the right number of road deaths or serious injuries.