The rise of psychology modelling

Serbjeet Kohli, an associate with Steer Davis Gleave, shares his insight into the future of modelling; on the behavioural and psychological change that is needed in the profession, on big data, building networks, autonomous vehicles, internet retail and the light van explosion, future car use and the uncertainties of trend prediction 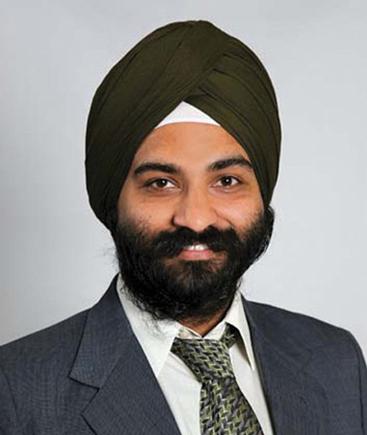 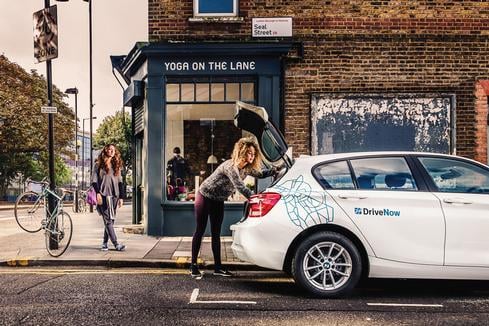 Years ago, much more effort was required to build even skeletal network models. We didn’t have the geographical information, and much of the work was done by hand. A giant leap took place with modelling software becoming 'friendlier' and more interactive. This is one of our biggest advances; today we have tools that can feed data directly into network models. The responsiveness of the software manufacturers is increasing. They’re hiring the same people who are developing all the apps, data processing capabilities, and cloud computing solutions. All the big changes that are happening in the technological world are getting picked up by the transport modelling software developers. In some cases, they’re actually further ahead than the state of practice – they are able to offer us tools which half the time we are not able to use, either because it gets too complex or because the client doesn’t want it.

For the future, I think the impact of autonomous vehicles is one of the uncertainties that our models are not yet geared up to handling. Over the last 12 months or so, there has been such a big push, and so much investment, that I just can’t see autonomous vehicles not happening. Along with the impact of mobile phone data, autonomous vehicles go into the category of “uncertainties that we never saw”. Ten years ago, nobody saw the internet becoming such a big thing; nobody saw mobile phones being in every pocket. I think it is good to look at where we were 10 years ago, and see what we were forecasting about back then. Compare this with what are we doing now, and its clear that we don’t yet have all the tools available. In theory, in academia, maybe. But in practice, no.

Ten years ago we had no real idea about internet shopping. We were predicting car growth as usual, which started to flatten during the recession. But since the recession has receded, we are seeing a “light van explosion” as delivery rates increase; this is a widespread phenomenon across Europe. Light vans or LGVs will account for 10 or 12 percent of traffic levels. This rapid increase in LGV traffic has happened mostly unnoticed, but its expected continuation in the future, however, will be especially likely in cities – for instance, “peak car” theory can be partially explained by a replacement effect of shopping trips in cars with deliveries by vans.

While current policy and planning bodies largely ignore LGVs, it is important to consider them as an integral part of the transport system. Research that I was involved with a few years ago suggests that a different set of socio-economic variables should be used to understand, model and regulate vans, including economic restructuring, regulatory burdens for different road users; the growth of e-commerce and home deliveries and the rise of self-employed professions.

We are already observing changes in mobility trends, for example car clubs, yet we did not really predict their growth and impact. But the transition of autonomous vehicles from being cab replacements to personal ownership vehicles will be bigger, the pace of change being determined by regulation, legalities and the automobile industry response. In realistic terms, when we are forecasting for the next 10, 15, even 20 years, I think it is safe to assume that the current car ownership trends will continue. I don’t think that a single model will be applied globally. If we have a policy that we want 50% of vehicles to be autonomous, what does that actually mean in terms of how people are making choices? Cars running within one metre of each other could suddenly mean that a motorway capacity is enhanced by 30%.

Its not our current tools that are the issue, as these can evolve, rather its knowing what trends we are likely to be trying to model in the future. Our biggest uncertainty is trend prediction, and this will have a more profound impact than most people believe. I personally wouldn’t give up my car forever. I don’t drive to work, but I use my car for leisure. I don’t think that everybody will switch to different modes, so in that sense our models are still well-structured. They do go to the level of understanding individual behaviour, individual choices, and understand that different groups of people behave differently, so at least the fundamental concept is still there.

But the categorisation we currently use is too simple.

The book The Signal and the Noise, by New York Times political forecaster Nate Silver, underlines the gaps we have. Silver noted that from the financial crisis to ecological disasters, we routinely fail to foresee hugely significant events, often at great cost to society. The modelling that we are doing now emerged from marketing and sales product launches, and their understanding of consumer choice. It’s pretty much those concepts that we have extrapolated and applied in transport; this is the core demand modelling forecasting that we do.

People are applying new techniques in other fields, soon these will be applied in transport. Models will be based less on large, complicated econometrics and maps, and more on psychology. I am not trying to criticise the models that we use at the moment, but the fundamental kind of random utility maximisation model that is used in all demand model forecasting, in which everybody is trying to minimise time, minimise cost and maximise utility, will need to evolve. These models will probably be 'broken' by a focus on psychology. And that, I think, is a fundamental shift.

Author Dan Ariely handled these challenges really well. In Predictably Irrational: The Hidden Forces That Shape Our Decisions, Ariely challenges readers' assumptions about making decisions based on rational thought. He made it clear how irrational people are, yet in our standard models we have rounded these irrational people down to a small class of “deviants”.  Ariely concludes that we are predictably irrational; there are so many factors that drive our irrationality that we can actually predict at what point we will be rational. Marketeers make very good use of these theories, tweaking the context of the choices we make to make sure we make the choices that they want us to. We have many biases in our choice-making process, and thats why utility maximisation is wrong. It just doesn’t work.

The transport models that we currently use are being used to justify an outcome – in 80-90 per cent of cases. Only in very politically high risk situations would the transport model be used to help make that decision. We try to use transport models to verify that we are heading in the right direction. Going forward, politicians and decision-makers will still need to see what kind of future they would like to have. But what probably changes, it’s not just the 'how do you get to the number that justifies your decision', it's more about providing people with the right choice context where they can make informed decisions which considers the inherent irrationality in our own thinking.

Psychology on the ascent

The behavioural and psychological change that is needed in our profession hasn’t happened yet in practice. Over the last five years or so, major spending on large complicated models has become a thing of the past. We are almost trying to recycle what was there a decade ago, and trying to keep up to speed by using more data, for example mobile phone data. We will get there. At SDG we have used mobile phone data in at least six projects, mostly in the US, because we of the data protection issues that European providers have to contend with. However, especially in Europe and in the UK, we are doing lots to catch up.

I think that the traditional transport modelling software product of the future will be much closer to a Google-style model. Psychology will be as important as traditional transport planning ambitions. I can see the change happening soon; it wont involve throwing out all our tools and starting again, it will be more about switching to the use of much bigger data sets and databases.

We will have platforms with live feeds from cameras and counters across the networks, from all the signal times across the network, and almost instantly we will be able to predict what can happen in the next half hour, and how to mitigate against negative impacts. It’s Sim city in real life. Some of these fictional notions are now becoming reality. Similarly, in our transport models where we use small samples to represent entire populations, we will soon be using Google’s travel time data and TomTom’s travel time data. I definitely think we’ll move sooner rather than later into using richer datasets before any of the bigger cultural changes happen. This will be driven by our access to cheaper and more easily accessible data, assuming that legal issues can be addressed by society. n