When equilibrium is not desirable

Modelling the here and now, and squeezing just a few per cent more out of today’s transport systems, could deliver immediate and visible benefits, says Tom Van Vuren, Mott MacDonald. Data science is not the answer, so can we adapt models that were originally developed for long-term forecasting to help explore short-term solutions, embracing the lack of equilibrium? 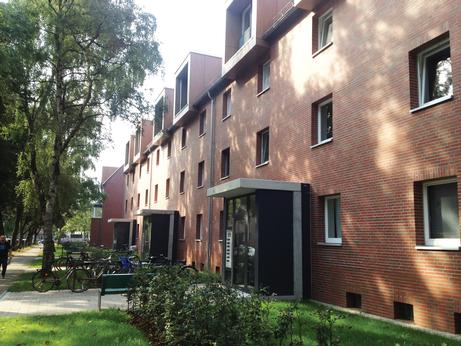 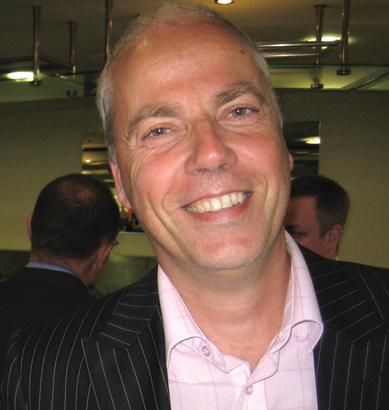 As long as I have been a transport modeller, equilibrium has been the Holy Grail. On the one hand, our lecturers and text-books tell us that such a thing does not exist, but on the other the advantages of an equilibrium in the comparison of alternative schemes or policies, tested using exactly the same assumptions, outweigh the disadvantages of constraining the dynamics of real-life to a single, idealised point in time.

Equilibrium theory is firmly rooted in economics, but as the French neurologist JM Charcot is reputed to have said: ‘Theory is good but it doesn’t prevent anything from existing’. We pay a price for the pursuit of equilibrium. Sometimes we have to simplify the representation of the system significantly to ensure that an equilibrium exists, is unique and can be found – think of the so-called separable cost functions that result from a link-based network representation (buffer network in Saturn-speak), largely ignoring the interactions between movements at junctions.  Certainly in British practice we are willing to sacrifice this uniqueness guarantee as, in general, equilibria can be found even if we allow junction interactions.

We have developed complex and not necessarily very efficient iterative solution mechanisms to try and find a solution in flows and generalised costs that is at least close to that equilibrium. We accept long – very long – run times to achieve it. Academics continue to search for ways in which equilibrium can be guaranteed and found faster and under less restrictive assumptions, even in more complex models such as variable demand models, and publish inaccessible papers on the subject.

Don’t get me wrong – I fully support the need for equilibrium in cost-benefit analysis and many a colleague has felt my wrath over a poorly converged model. But let’s not forget that sometimes, in the search for equilibrium, we lose the essence of the problem we are trying to solve and the opportunity to learn about transport (as I have said in the past, the role of modelling should be to sharpen the questions).

So here is my suggestion – rather than replacing the equilibrium solution in our robust model analyses we should complement these with model runs that explicitly allow and explore disequilibrium. This would strengthen the relevance of our models and, I expect, provide a richer evidence base for decision-making.

The journey is as important as the destination

One of the main reasons why an equilibrium does not exist in practice is that travel conditions change from minute to minute and from day to day. No-one in the system can have perfect information, although I anticipate that Big Data may get us a lot closer in due course. Our models can allow for this imperfect knowledge, for example in stochastic error terms. For my argument, it is more relevant that there will generally be a lag in the response by travellers to these changing conditions.

People may aim for an equilibrium state (in which no-one can unilaterally improve their journey times or costs), but the dynamics of the system keep changing the goal-posts. This time lag will differ for each of the possible responses, from minutes or hours in terms of route choice, days in terms of departure time but possibly years for changes in destination, particularly for commuting trips.

The iterative solution mechanisms that we generally apply in our search for equilibrium may be interpreted as a proxy for the way in which a traveller responds, seeking to improve his or her travel conditions in a complex network, trying new alternatives, keeping the good ones in their choice set and discarding poorer choices.

The confounding problem in reality (as opposed to the idealised equilibrium conditions in our transport models) is that the system keeps changing as well! So travellers tend to respond to outdated information. The usual implementation of the DELTA land use model actually models this lagged reaction quite efficiently: land use changes at time t respond to travel conditions at time t-x, with x usually being around 1 to 5 years. The model system is never in equilibrium (although component parts are) but it continuously moves towards it. And we could do the same in our transport models...

Short-term forecasting is still the Cinderella of British transport modelling. We are good, possibly the best in the world, at long-term demand forecasting. But I wish that our profession would spend a bit more effort in our development of modelling techniques to deal with today’s questions, finding ways in which to manage the current transport network better, identifying incidents that occur and developing remedial strategies in response. Squeezing just a few per cent more out of today’s transport system would bring enormous benefits, immediately, and would make the work that our profession does much more visible. Politicians and punters would love it.

The first thing to do here is to recognise that modelling of the here and now, and particularly the development of response strategies to incidents, must start from the assumption of disequilibrium; the disruption of an incident itself invalidates many of the assumptions underpinning equilibrium. Once you accept that, many tools that were developed for long-term equilibrium modelling can be discarded as being too cumbersome. Yes, equilibrium may well establish itself, some days after an incident on the road or railway. But our modelling interest is in what will happen in the next hour and what we can do about it.

When we implement a policy or develop an infrastructure project, we may expect a differential in reaction time in travel decisions. Has anyone ever explored what the impacts of such time lags may be on the benefits that a particular infrastructure project delivers? Just assuming a small number of equilibria at 5 or 10 year intervals in the future (as we do now) may over- or under-estimate. Can we assume partial equilibria?

In other words, the journey to an ultimate long-term equilibrium may be as important as the final equilibrium itself (and I can imagine that it may even affect that final state, positively or negatively). I recall a development project that I worked on some years back, in which ultra-low car ownership objectives were supported by excellent public transport, walking and cycling facilities in the end state. The problems started when, in the very first stages of construction, high quality PT accessibility could not yet be delivered, given the very low early demand. Inevitably, the first settlers had to rely on car access to and within the development. Immediately, the sustainability of the project was jeopardised. Would an early (financially probably unviable) PT offering have led to a different long-term equilibrium? How could transport models have helped our understanding, and have influenced decisions?

Accepting disequilibrium in our models will allow us to explore the different pathways to the final, fully delivered project, and to identify temporary, supporting measures that may be needed to achieve a better long term outcome. And I use the term ‘better’ here on purpose. Often transport modellers are required or expected to identify the optimum solution, be it a junction design, a fares policy, the location of a cycle route. But as I said at the beginning, limiting assumptions in our equilibrium models may make such an optimum no more than a theoretical construct.

Modelling this stylised transport system, plus the uncertainty in long term-demographics and economics, may make such a pursuit a bit Quixotic. Rather than doggedly searching for the ‘best’ solution under so many restrictive assumptions, can we use our models to identify a good solution, better than doing nothing, under a much wider range of less limiting suppositions, using the disequilibrium to our advantage, in the short, medium and long term?